Her reality show “Southern Charm” went on hiatus during quarantine, but that hasn’t stopped the drama. With filming set to resume, this flame-haired Southern belle opens up on motherhood, the battles she’s fought on camera and off and the legacy of her famous name. 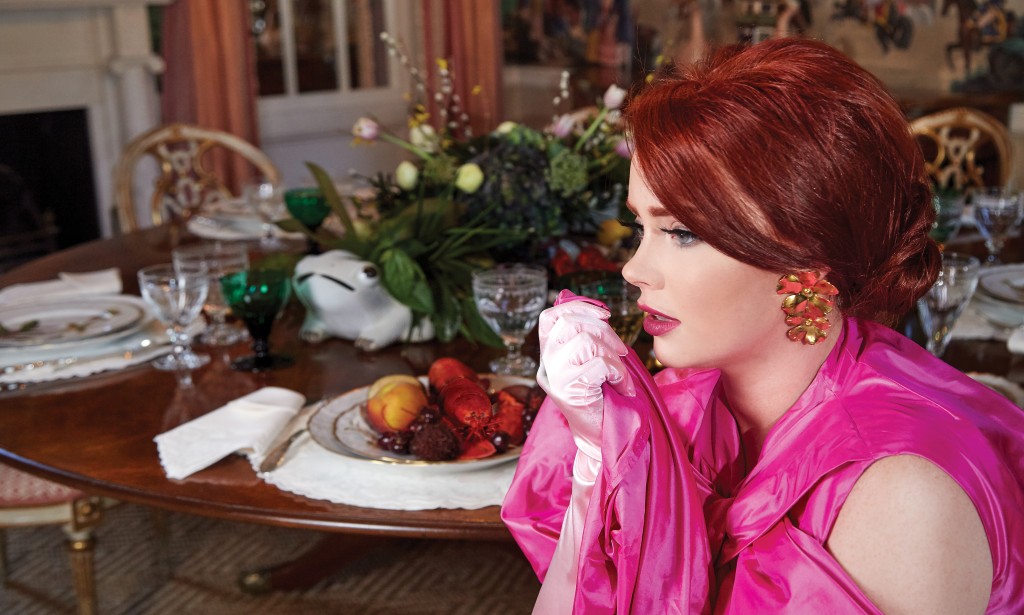 It’s a Friday, and Kathryn Dennis, star of the hit Bravo series “Southern Charm,” is covered in Unicorn Snot. should probably explain that Unicorn Snot is sunscreen that she and her two children Kensington and St. Julian brought along for their pool day. And that Kensington – Kensey, to most – didn’t want to wear any because she didn’t want to use “that baby sunscreen.”

For someone who has been at the center of catfights and acidic drama for most of her adult life, with each moment broadcast to the world, it’s an oddly commonplace and domestic Friday.

And for the time being, that’s all Dennis is looking for.

“I have stayed off social media for the most part, the last few weeks,” she said. “I imagine by the time I see everyone I’ll get their take on it.”

The self-imposed social media blackout, no small feat when you have some 904,000 IG followers, comes at a particularly dramatic point in the socialite’s life. Filming of “Southern Charm” may have been halted due to the coronavirus, but “The drama definitely kept going.”

First there was her unfortunate use of an emoji depicting a monkey, used in a text conversation with a Black Charleston-area radio host, which Dennis denies using in a racial context. “The account was anonymous I didn’t even know who I was messaging,” she wrote in Instagram.

“Now I’ve been labeled all this crazy stuff and it’s just not true. And it’s not fair.”

With blood in the water, allegations swirled that she had started a rumor naming makeup artist Rebecca Wash as the mistress of Jason Wimberly, the husband of Dennis’ “Southern Charm” co-star Cameran Eubanks. You can imagine the poor producers wishing they could get footage of all of this.

The blowback was enough to get even the perpetually camera-ready Dennis to take a hiatus from Instagram.

“It’s been a while since I’ve gotten a lot of harsh comments,” she said. “I didn’t really realize how devastating it can be.”

It’s just the latest in a string of dramatic moments that has propelled the show “Southern Charm” to the top of the pop culture hierarchy, with Dennis at the center of many of the juicier moments. Over the course of six seasons, she has transformed from a not-quite-naive 21-year-old to a mother of two, with plenty of highs and lows in between. Being stuck in quarantine like the rest of us, she’s had plenty of time to catch up on the DVR.

“It’s so weird watching (myself) before babies when I was… wild and having fun. I just look so different, acted so different, it seems like such a foreign time,” she said. “You see the good and the bad, all of that. It helps you get in touch with your reality… It can be embarrassing.” 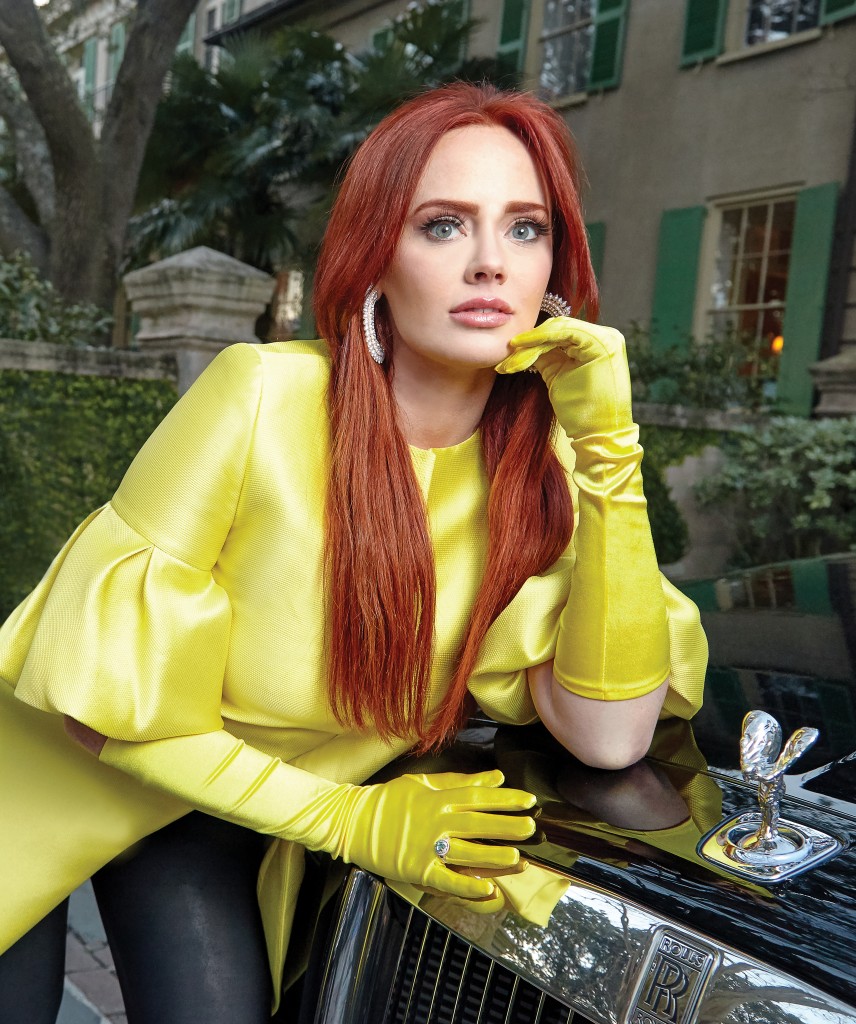 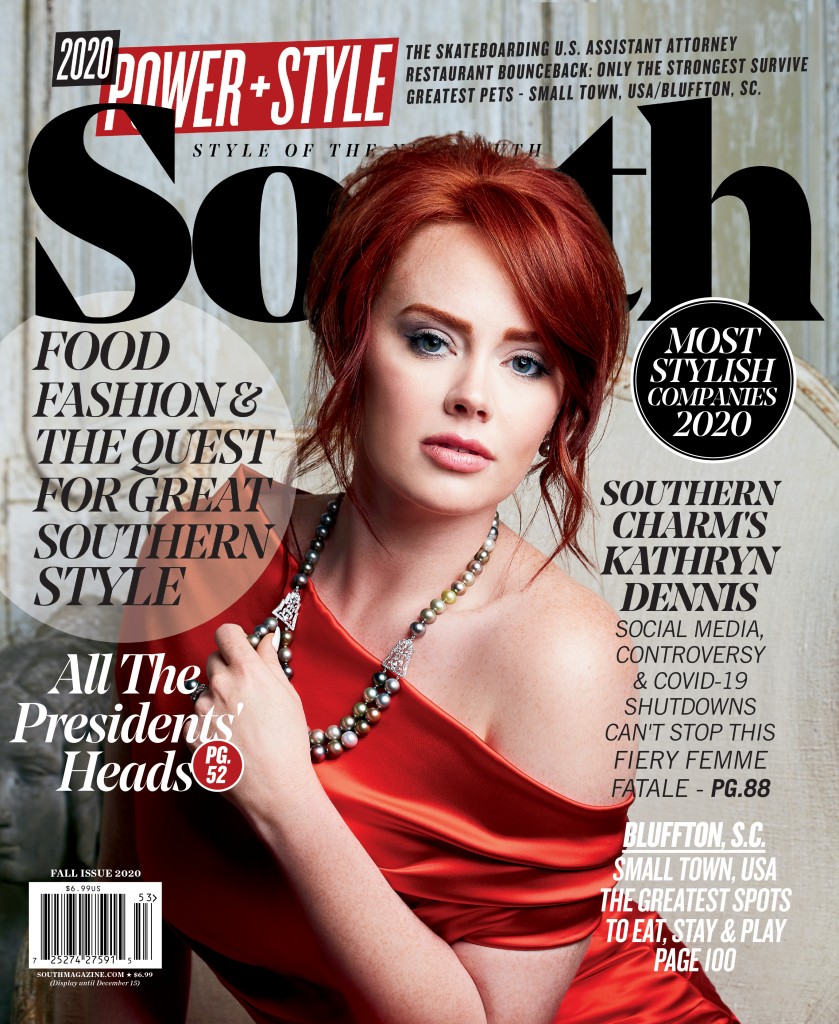 Order Your Copy of Kathryn’s Cover

Kathryn Dennis was featured on one of three collectible covers for South magazine’s Oct/Nov Issue #85.  Our power and style issue 2020, features the most stylish companies in the South, Cheer Savannah, NFL player Anthony Lanier, Assistant U.S. Attorney and former professional skateboarder Greg Gilluly, the small-town Southern style of Bluffton South Carolina, the inside story of a $300 million hotel, the gala of the decade and some of the coolest restaurants this side of I-95.  To order your copy of this cover go to ShopSouth.

To read this story in its entirety, subscribe now to the print edition or get instant access to our interactive digital edition. This feature includes a beautiful 12-page pictorial essay photographed by Caroline Knopf.

Why You Don't See Many of Them on Camera / Meet South's Most Famous Hedgehog, Lionel

Anthony Lanier: Undefeated in Life, Still Fighting for His Legacy