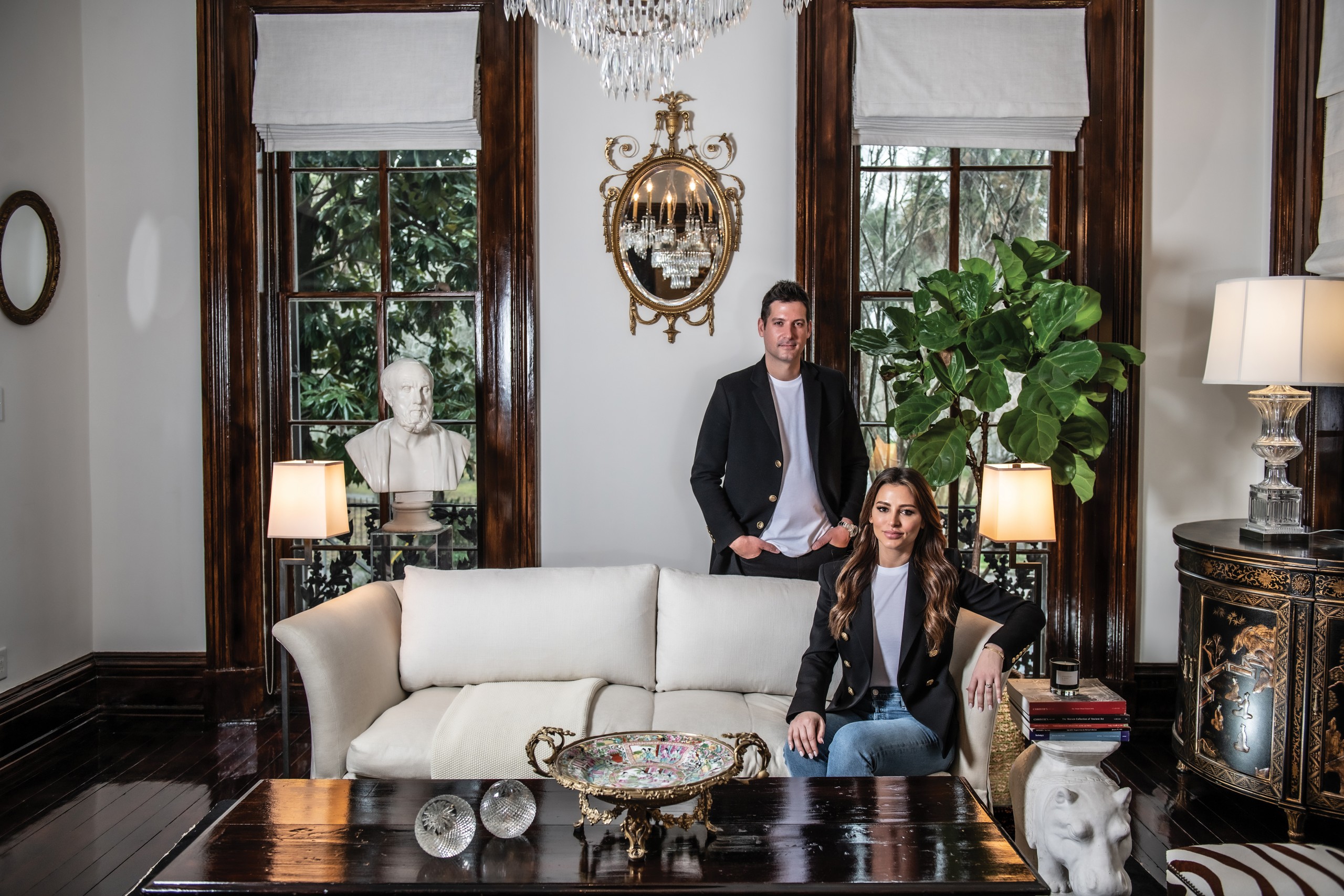 “You instantly feel as if you have transported to a foreign country and get to experience an adventure and take in a culture rich in history.” – Brett Velicovich on living in Savannah, Georgia / Photos: D. Paul Graham

From the nightmarish hellscape of Afghanistan during the War on Terror’s deadly peak to the tranquil savannas of Africa, Savannah newcomer Brett Velicovich has dedicated his career to being the eye in the sky.

he mountainous terrain that separates Pakistan from Afghanistan is a place defined by hardship. From the border skirmishes that led the British Empire to establish the Durand Line, to the War on Terror which brought with it the full might of America’s military, its people have rarely known peace. Even if you take a century of geopolitical strife out of the equation, there is still the brutal climate and ferocious wildlife to contend with. In short, it’s as close to hell on earth as you can imagine.

It was here, hunkered down in some of the most inhospitable terrain the world will ever know, that Brett Velicovich first glimpsed his future.

“I was celebrating my 21st birthday on the border of Pakistan when one of the guys I was with took out this little handheld drone. This thing probably weighed less than five pounds, and he just threw it up into the air and handed me the controllers,” he said.

As a young soldier going through training in Arizona shortly after 9/11, Velicovich had encountered one of the first pilots in the then-nascent drone program and hadn’t thought much of the new technology. But actually holding one in his hands was a revelation.

“I was just floored with this thing. I was over the moon,” he said. “At the time it was super rare; only guys in special ops could really use them… That was where I first realized, ‘Holy crap this is the start of something big.’”

He had found his calling. Shifting into a role as special operations intelligence specialist, Velicovich would be at the forefront as drones took on a larger and more important role in the War on Terror. While he wasn’t piloting the drones, he was tasked with overseeing drone operations that covered everything from gathering intelligence to selective strikes.

“If we were hunting a terrorist, the drones were there because a guy like me couldn’t follow him down the street.” – Brett Velicovich

“People think it’s guys sitting in trailers in Nevada. Mine were in small operation centers. If we were hunting a terrorist, the drones were there because a guy like me couldn’t follow him down the street in Afghanistan.” 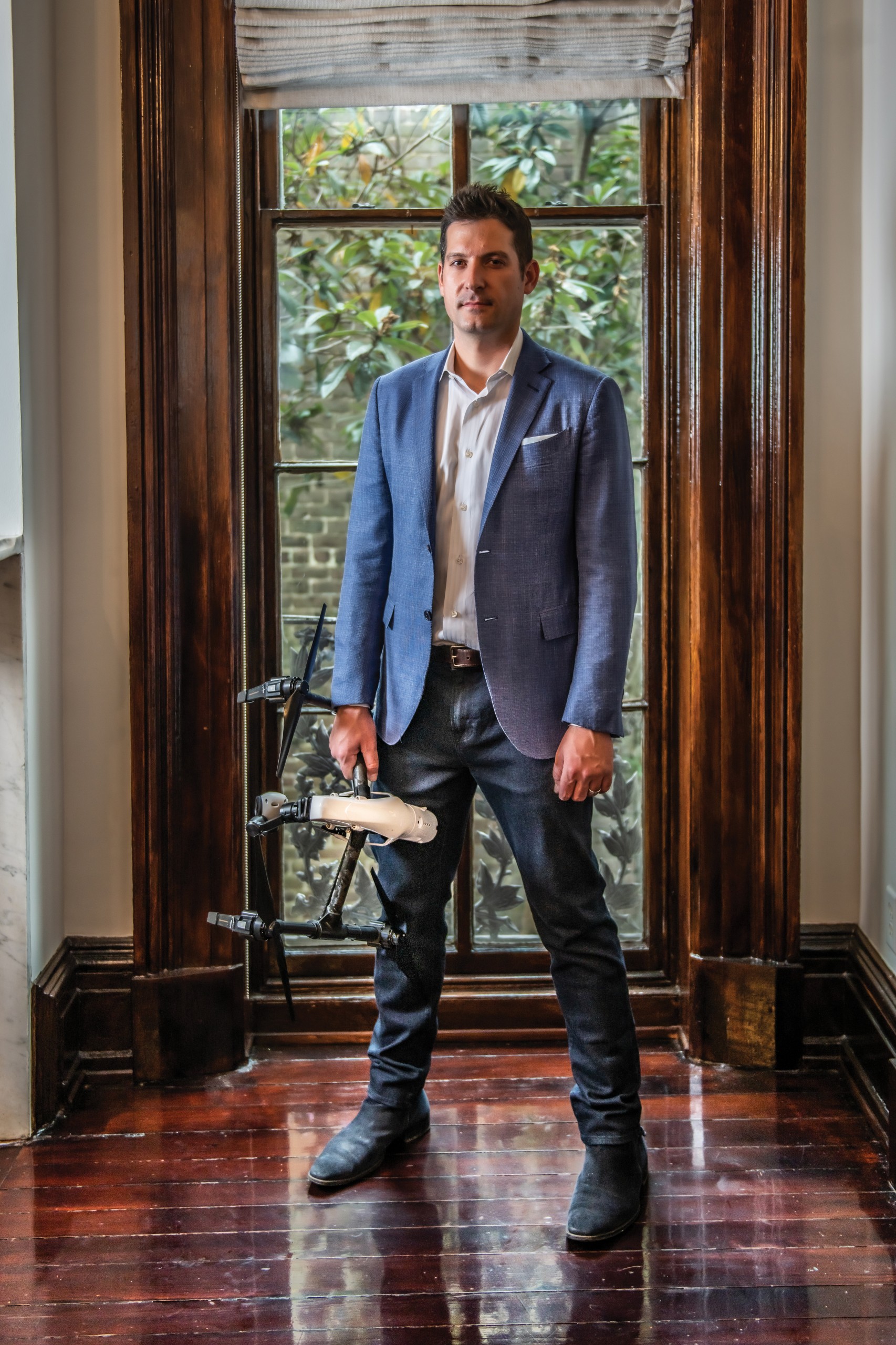 Although Velicovich has come under much scrutiny for his depiction of the U.S. Army drone program, the weight of his work never evades him. “Imagine looking down on someone and having to decide whether or not this person’s life is worth taking… That responsibility in my mind didn’t come lightly,” he says.

It was painstaking work. While the common misconception is that just because these drone operators, and the intelligence operators sending them on their missions, are physically removed from combat they don’t experience the same anxieties and fears. The job has its own way of breeding trauma.

“You can’t miss anything,” he said. “Imagine looking down on someone and having to decide whether or not this person’s life is worth taking. To me there’s this responsibility that comes with that. I think the general public doesn’t understand the excruciating detail that goes into it.”

He describes his time running drone missions as one perpetually on the razor’s edge.

“That responsibility in my mind didn’t come lightly. That’s why we’d go multiple days without sleeping or eating, because you’d never want to miss a second… After a while, that wears on you,” he said. “You’re always wondering, ‘What did you miss,’ or ‘Are you going to capture this bad guy before he kills innocent people? Have you made a mistake? Is the person you’re staring at about to strike with a hellfire the right person?’”

That said, in between the long stretches of gut-wrenching doubt there were moments that reminded Velicovich why his efforts mattered. In the span of four months, his task force took out 14 of the 20 most wanted terrorists in Iraq.

“The one mission where I took a breath and said, ‘That was incredible,’ was when we took down the original leader of ISIS… We found him literally hiding in a toilet. Underneath a toilet in the middle of the desert. The fact that we found him was out of this world,” he said. Having confirmed the terrorist’s location, Velicovich called in the ground team and watched the whole firefight happen from the skies before hearing the kill was confirmed. “It’s a super weird feeling because all the movies want you to think the whole room is screaming and cheering. It’s not that way…. maybe it’s a handshake or a high five in your operation center. Meanwhile you’re still following three guys you know you’re about to go after the next day. Everyone looks around and they all know it’s not over.” Continue reading in our interactive digital edition. 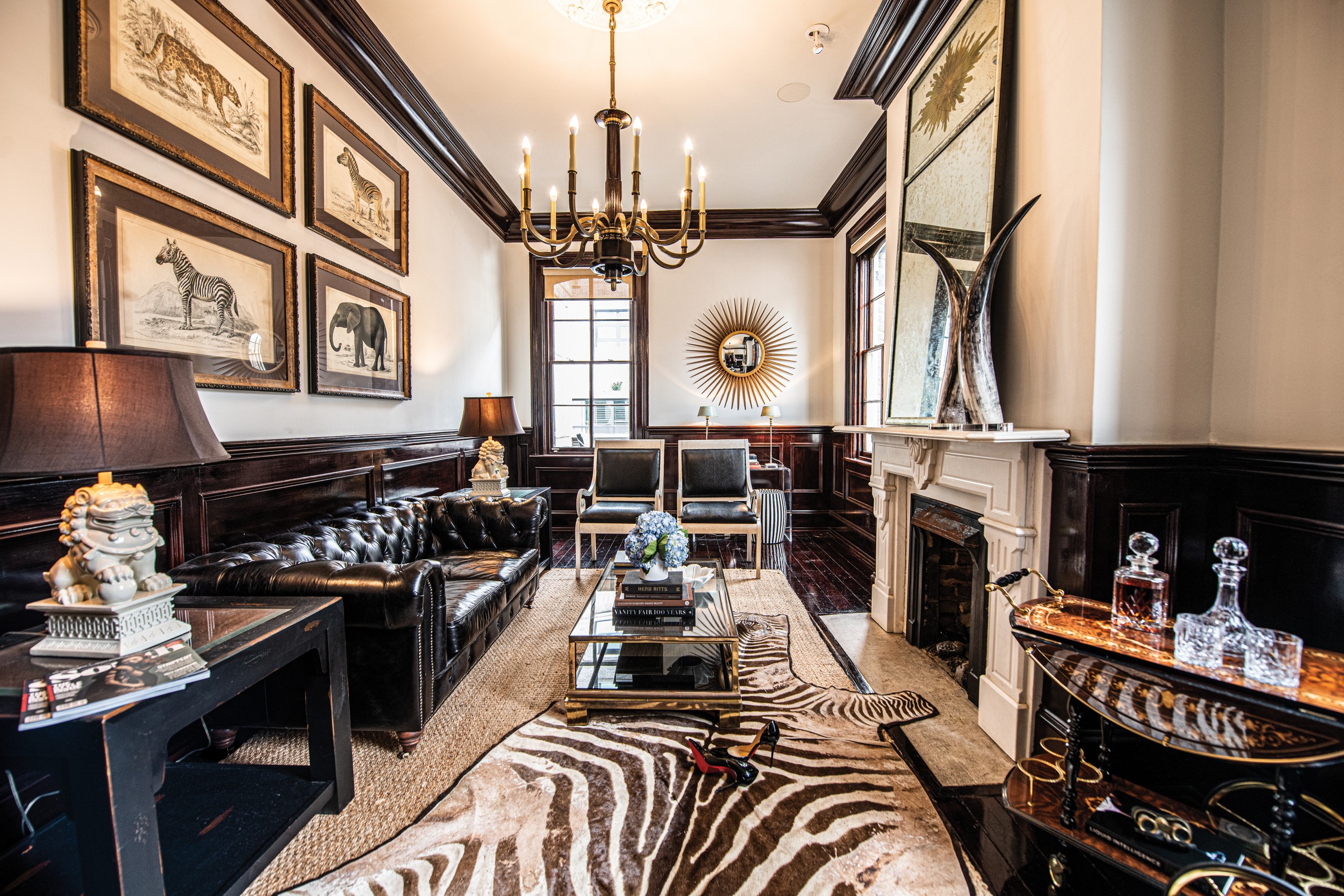 “It’s not abnormal to invite someone you just met on the street into your home for a cocktail or a brief chat about the history and architecture. Up North, it would be rare to even know your next-door neighbor. I’ve never seen that friendliness and authenticity anywhere else.”📍 The Safari Room, one of eight rooms in the Velicovich residence. 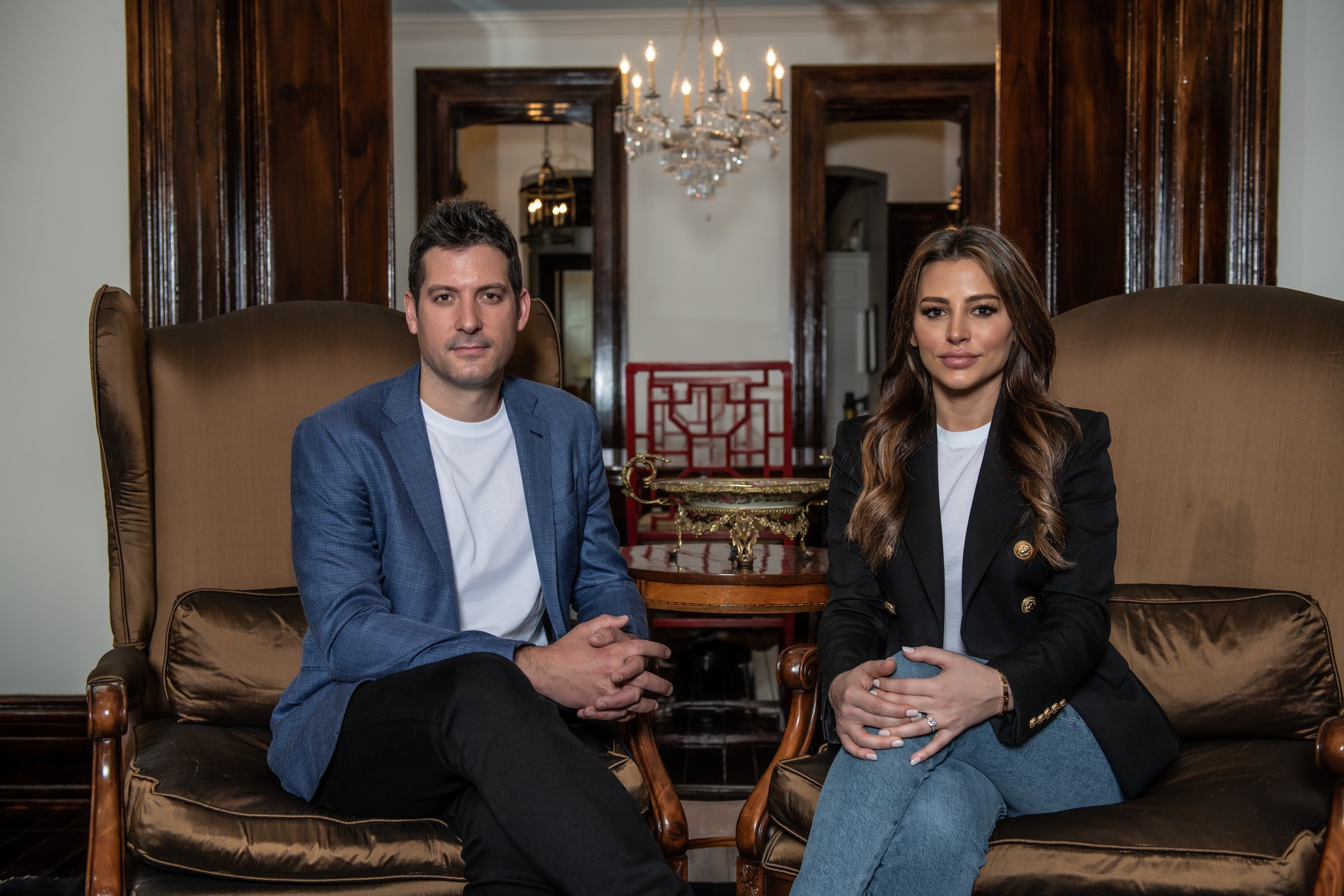 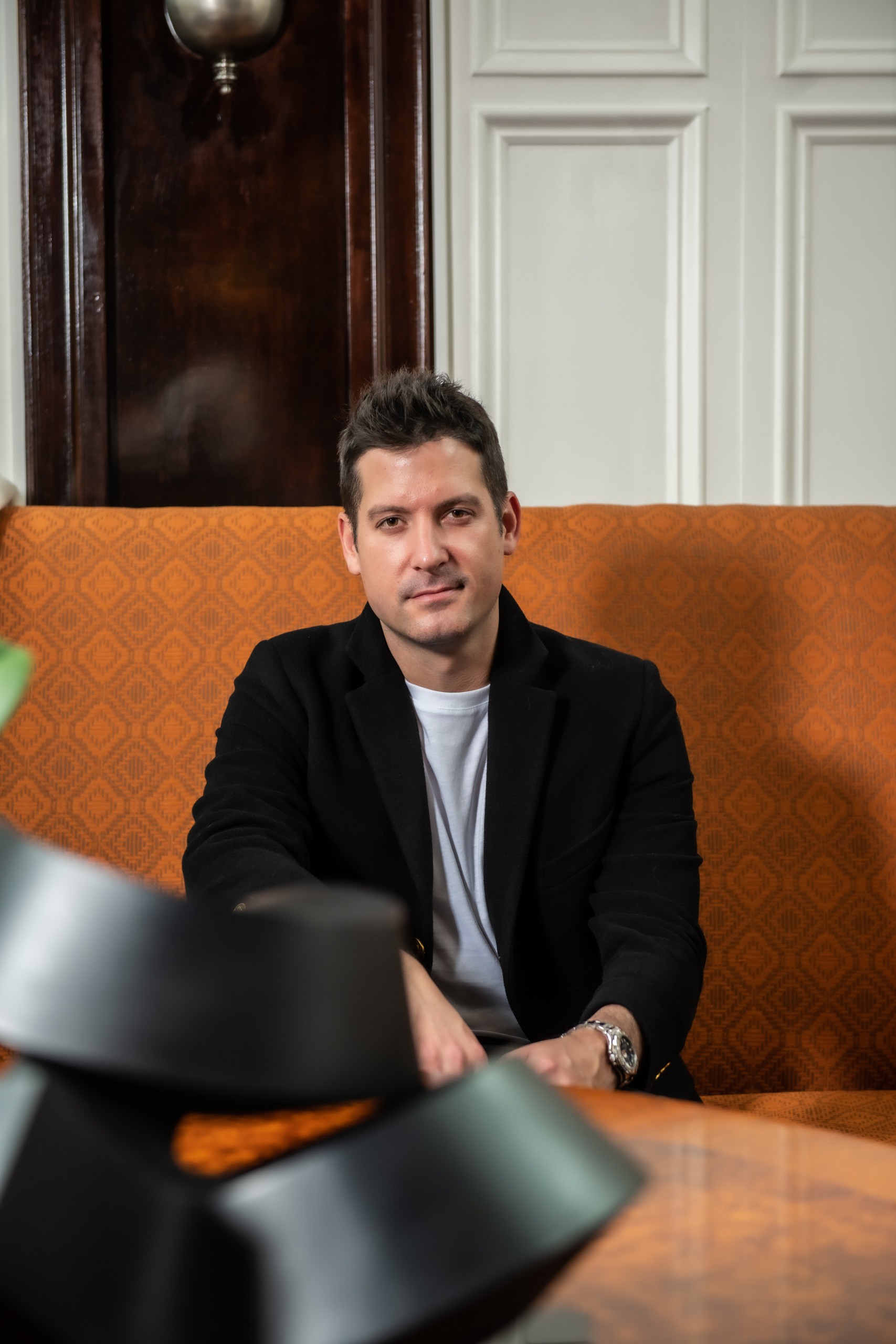 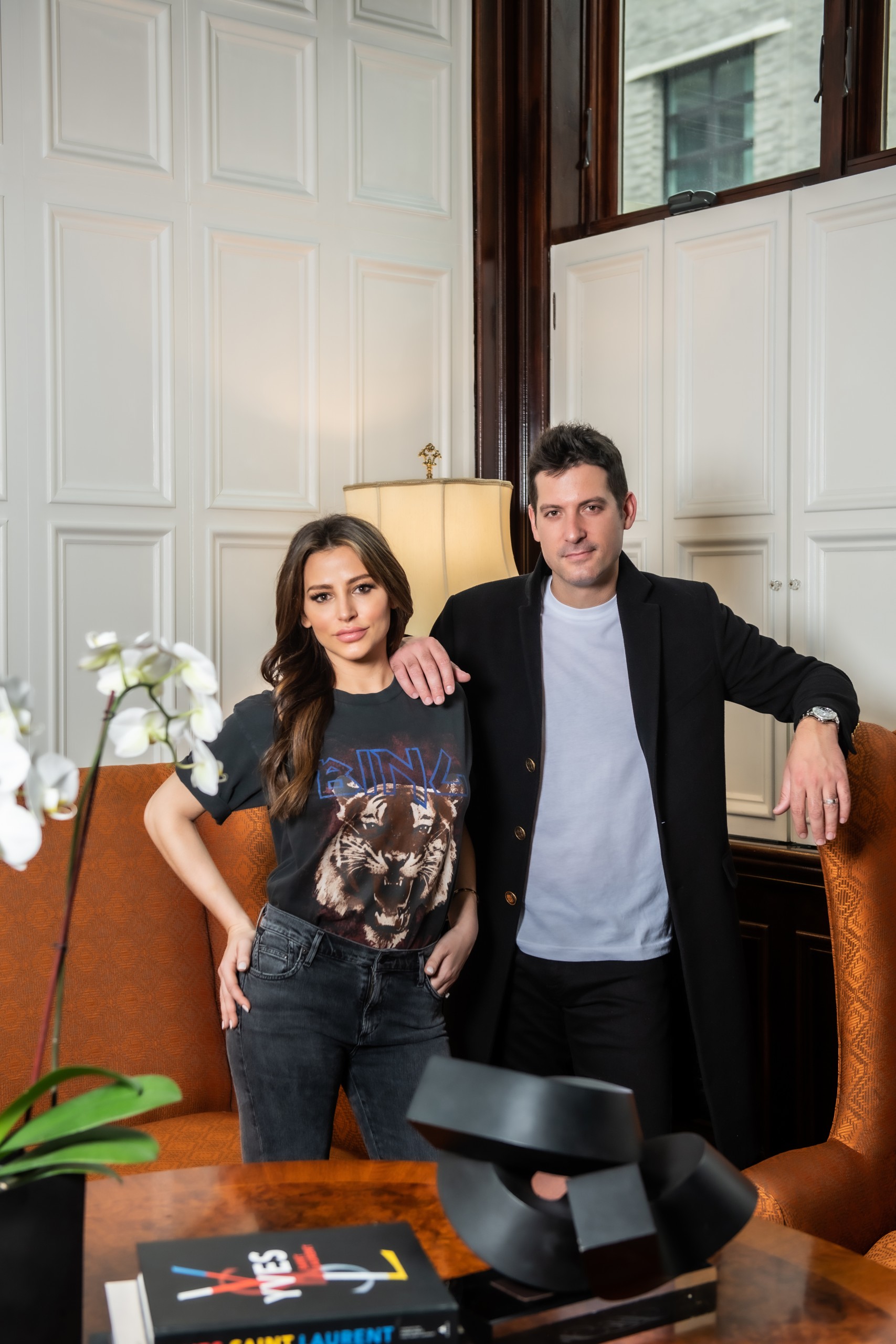 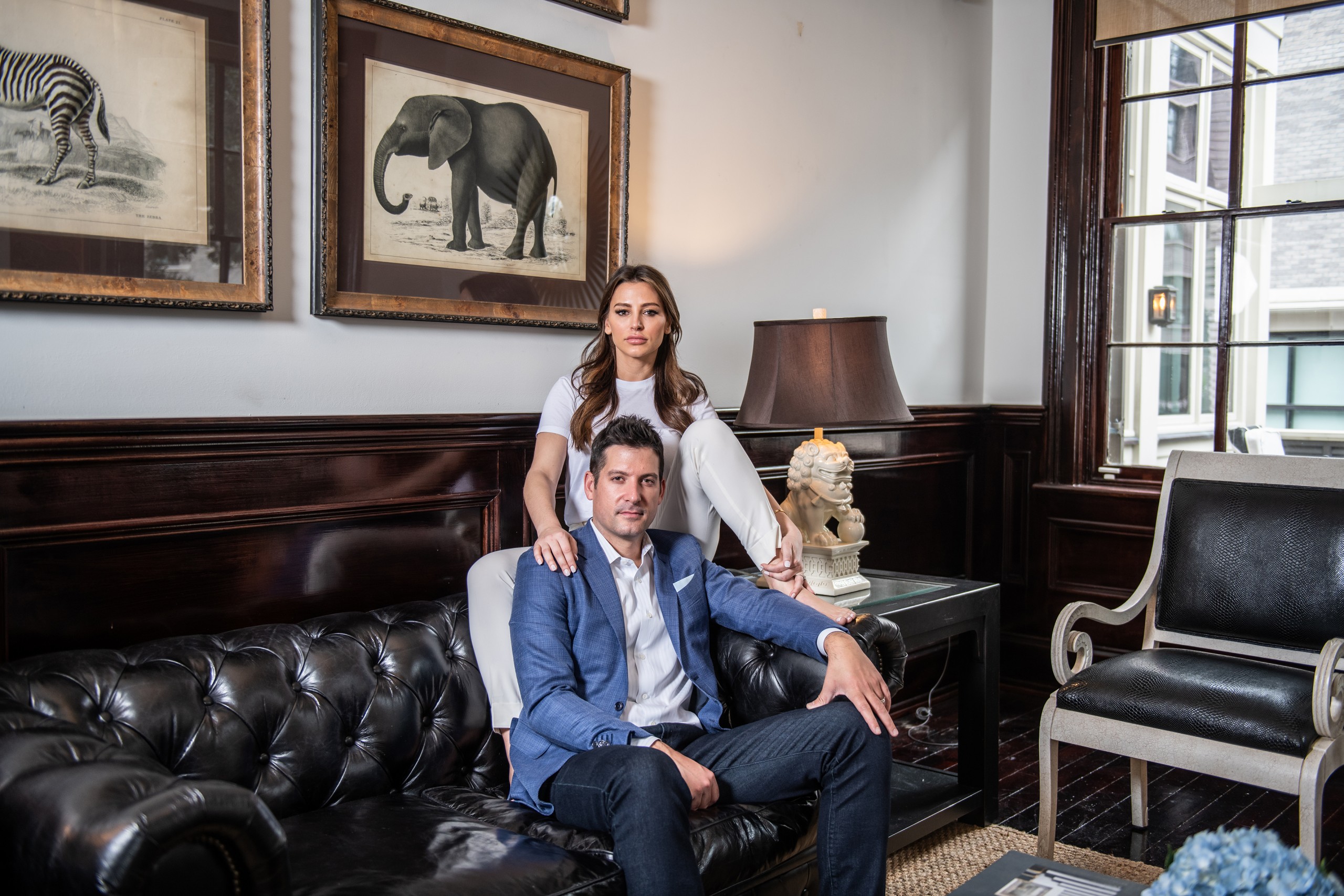 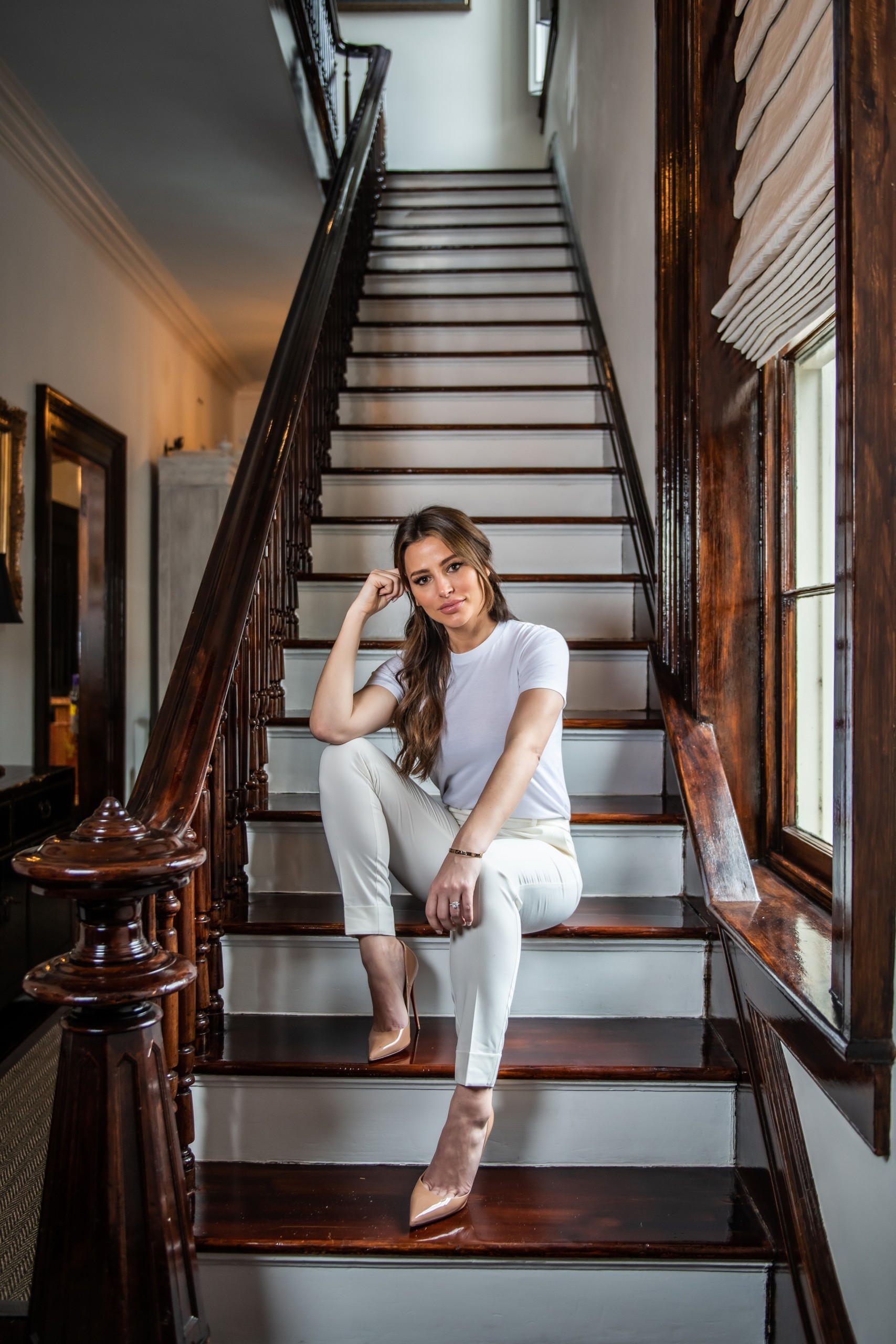 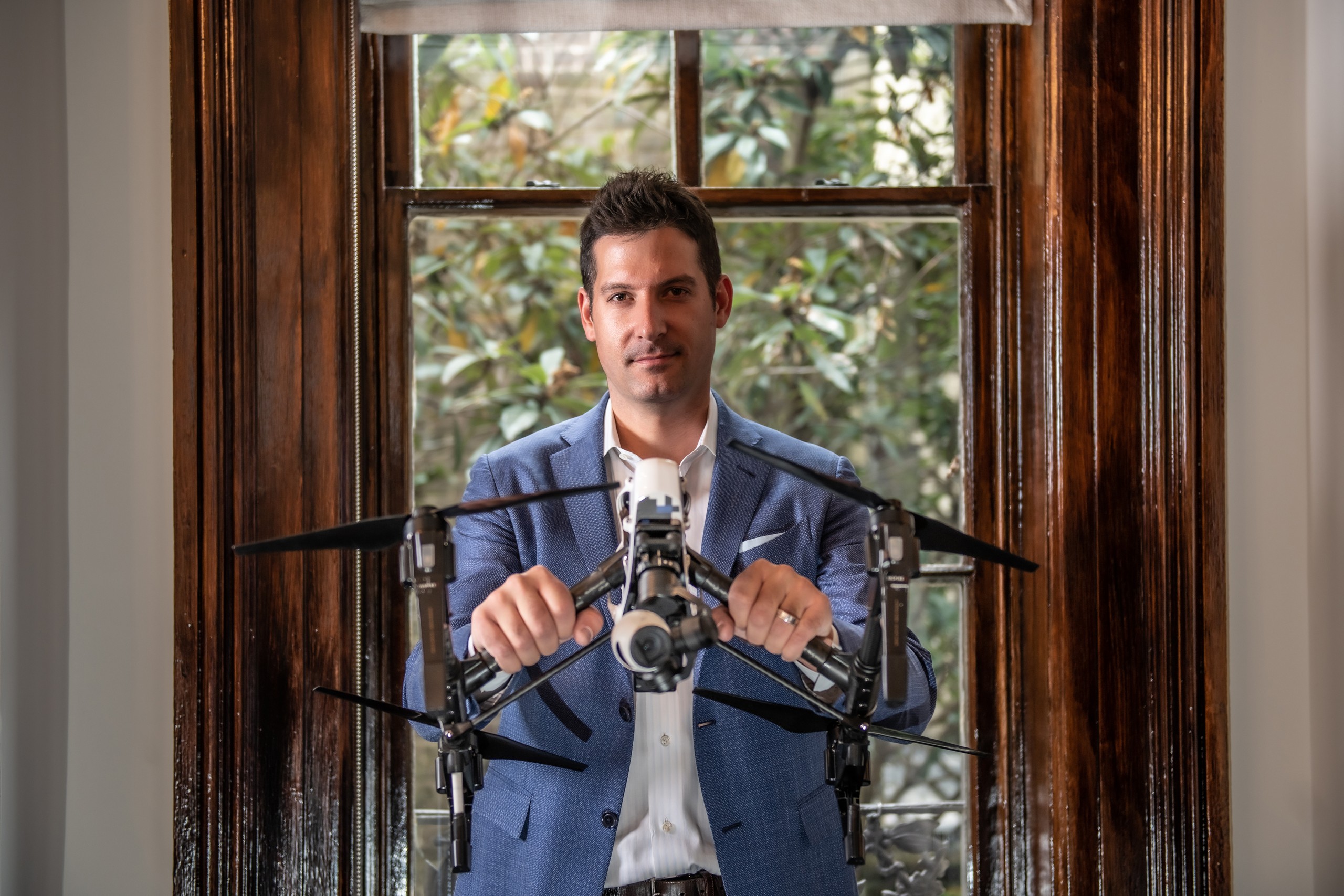 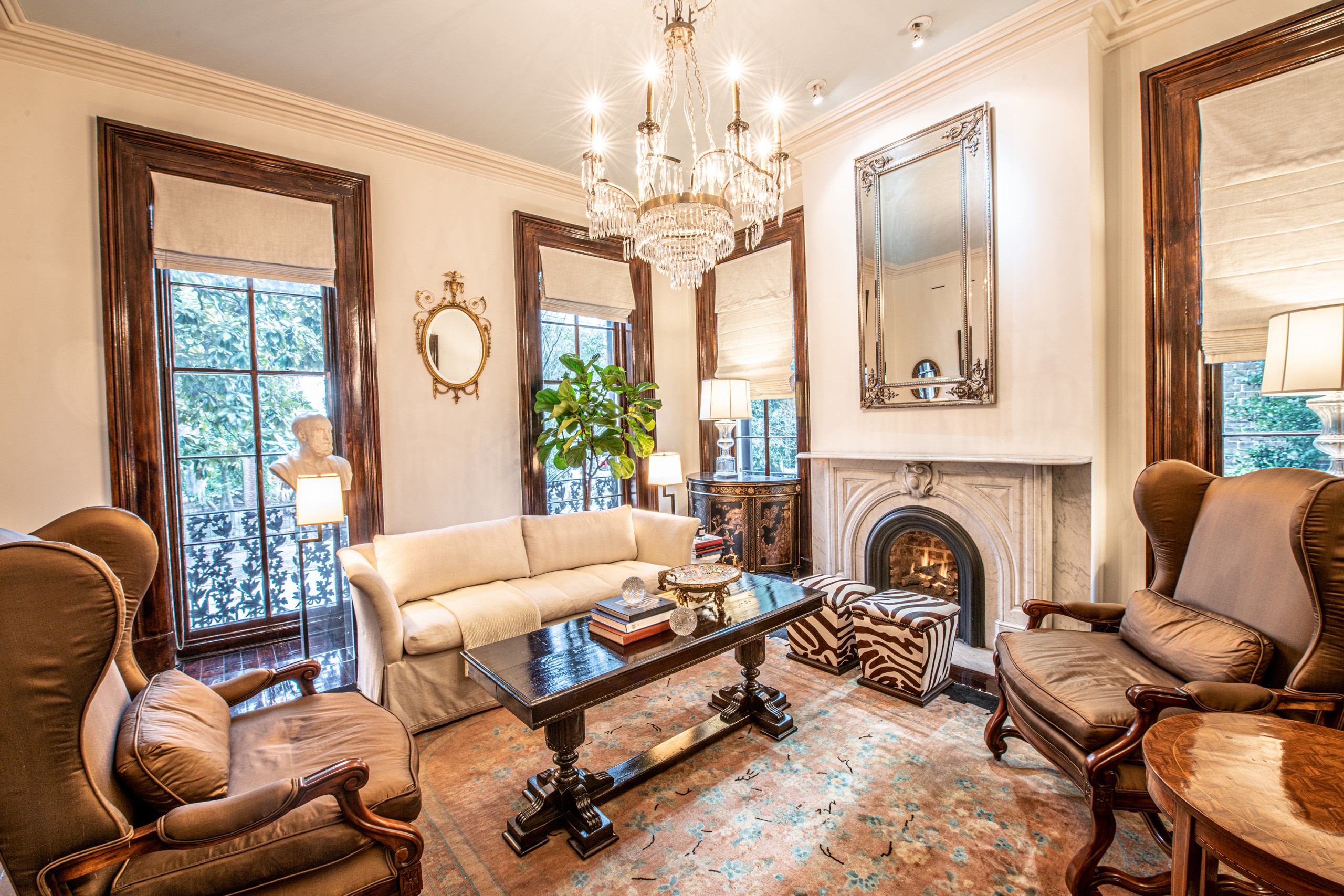 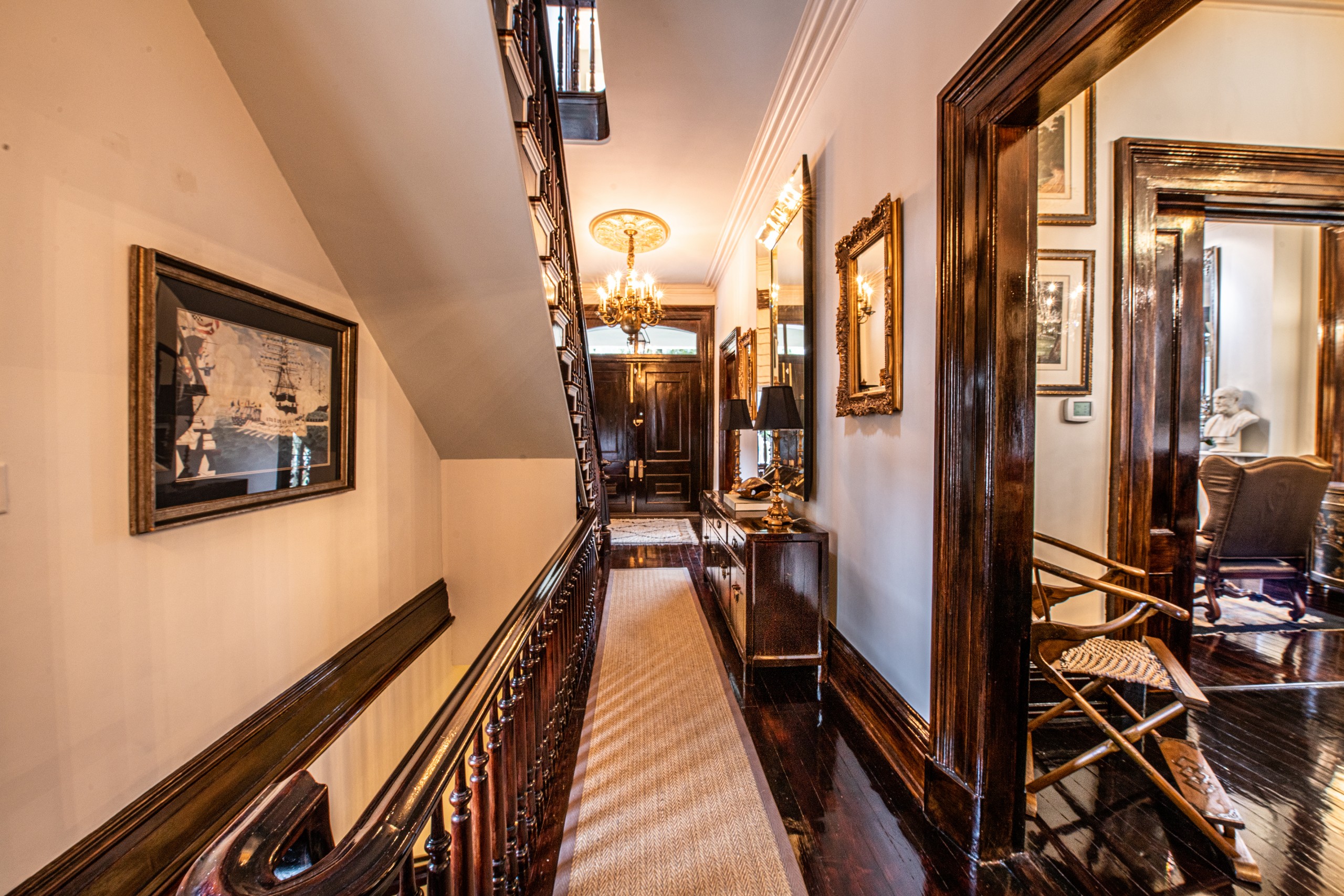 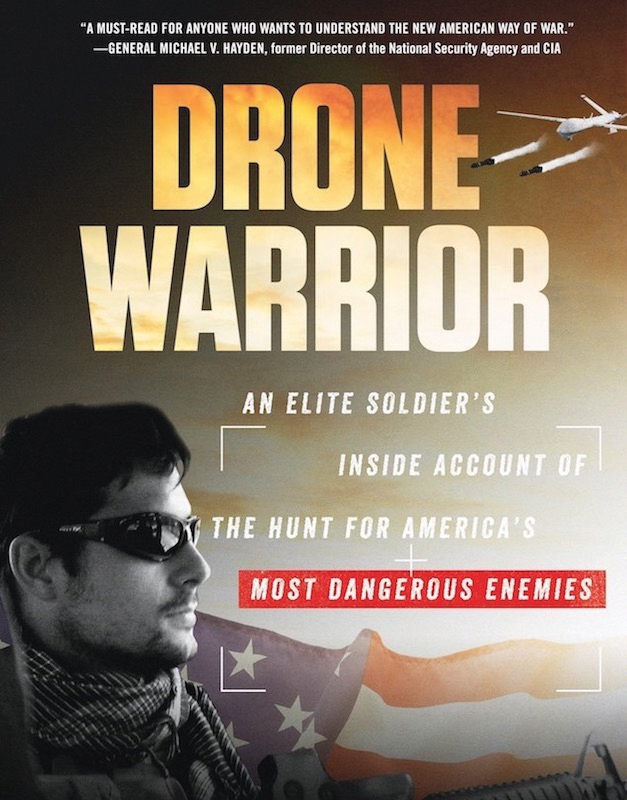 Brett Velicovich’s memoir, “Drone Warrior: An Elite Soldier’s Inside Account of the Hunt for America’s Most Dangerous Enemies” was co-written with Pulitzer Prize-winning journalist Christopher S. Stewart. Paramount Pictures bought the life-rights to Velicovich’s book in 2016 to produce an “American Sniper”-style biopic.