And the Meat Grinder Goes to…. 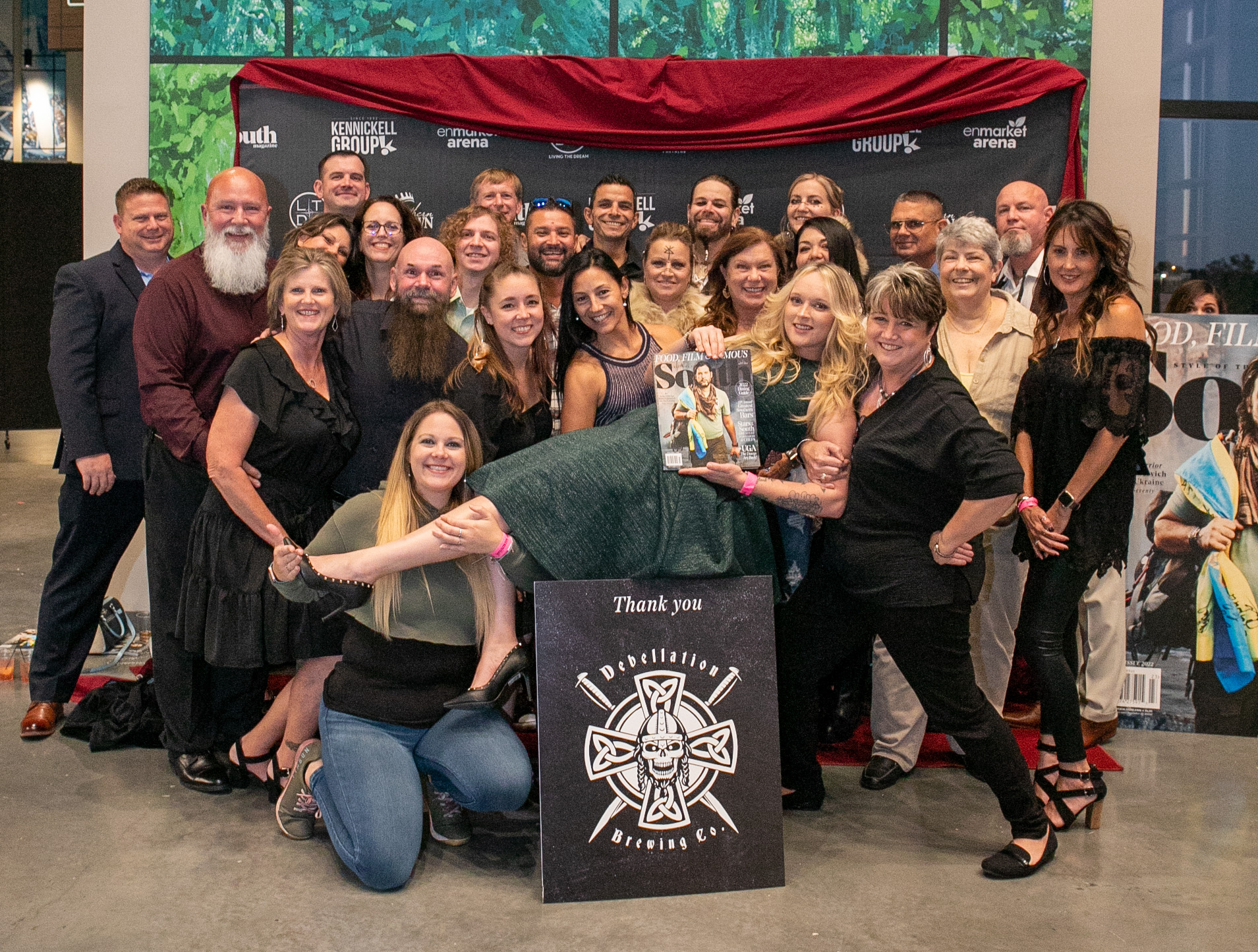 South magazine hosted yet another amazing event in partnership with Enmarket Arena on October 19th, sponsored by Living the Dream apparel, and in true South form it was an epic evening. The highly anticipated event was rescheduled from Hurricane Ian’s close brush to Savannah GA.

They say if you want a hurricane to come to the Lowcountry, have a South party, which was true once again for the original release date of September 27th. Between the canceling of Jason Aldean’s tour, and several other events, the state of emergency (thankfully) was not needed, and everyone safely enjoyed the balmy 60 degree weather, amazing food from Enmarket Arena’s executive chef David Sampson, the flowing Titos craft cocktails to the soothing sounds of Reggae Rock one of Savannah, Georgia’s most exciting bands, Unifya, with special guest appearances by a running Forrest Gump, aka John Sandifer, and Captain Jack Sparrow, aka Jared Bacon. 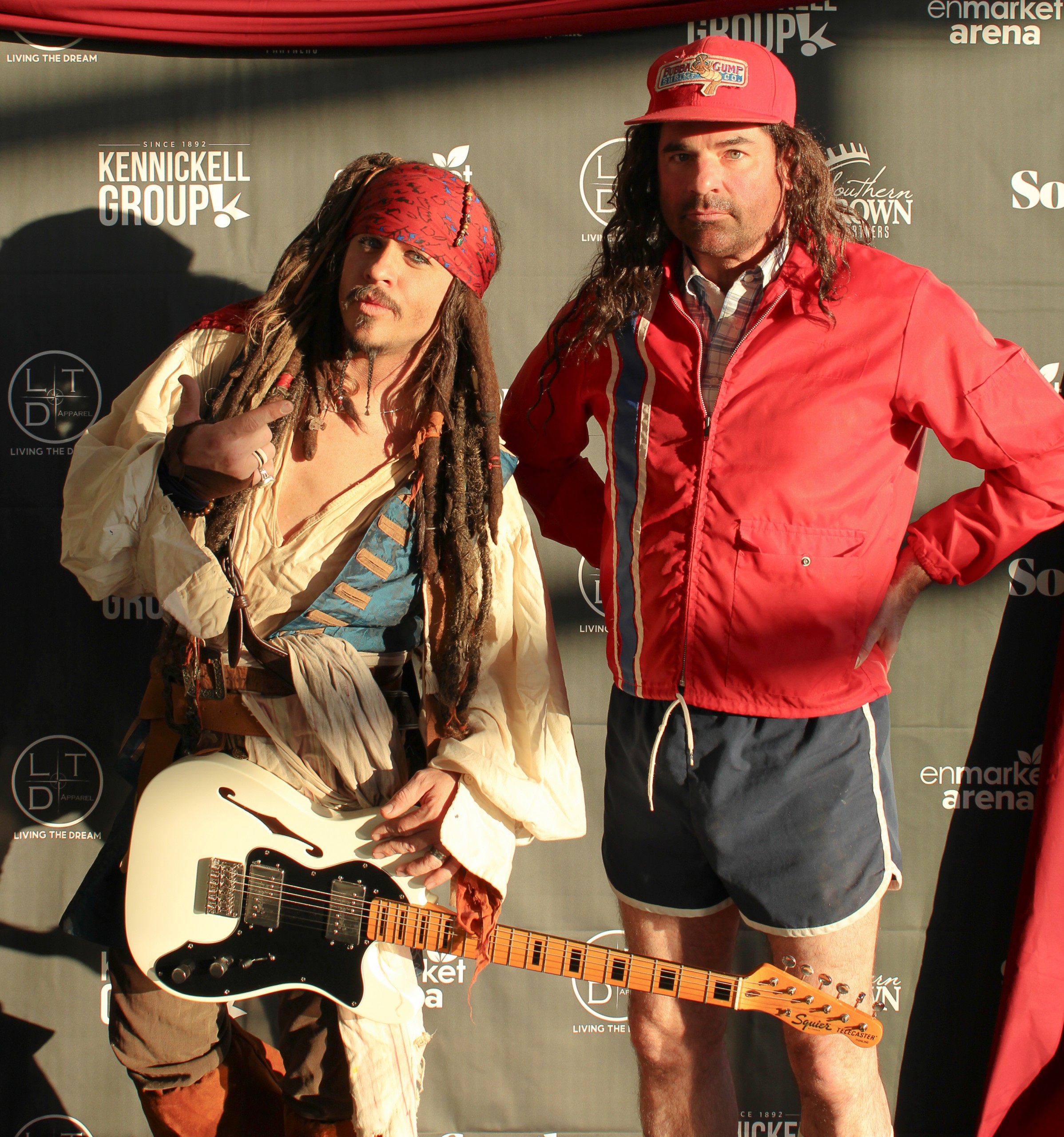 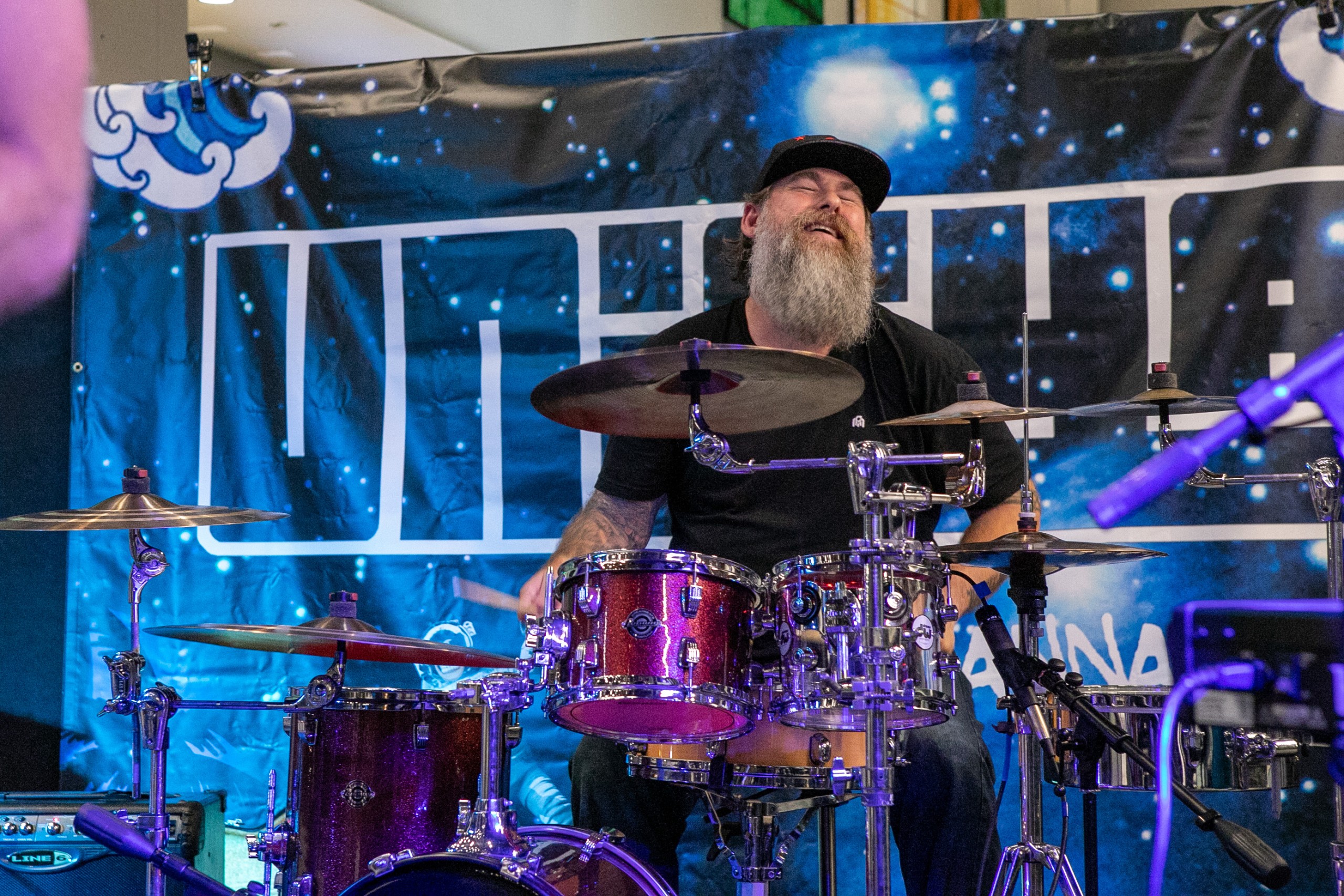 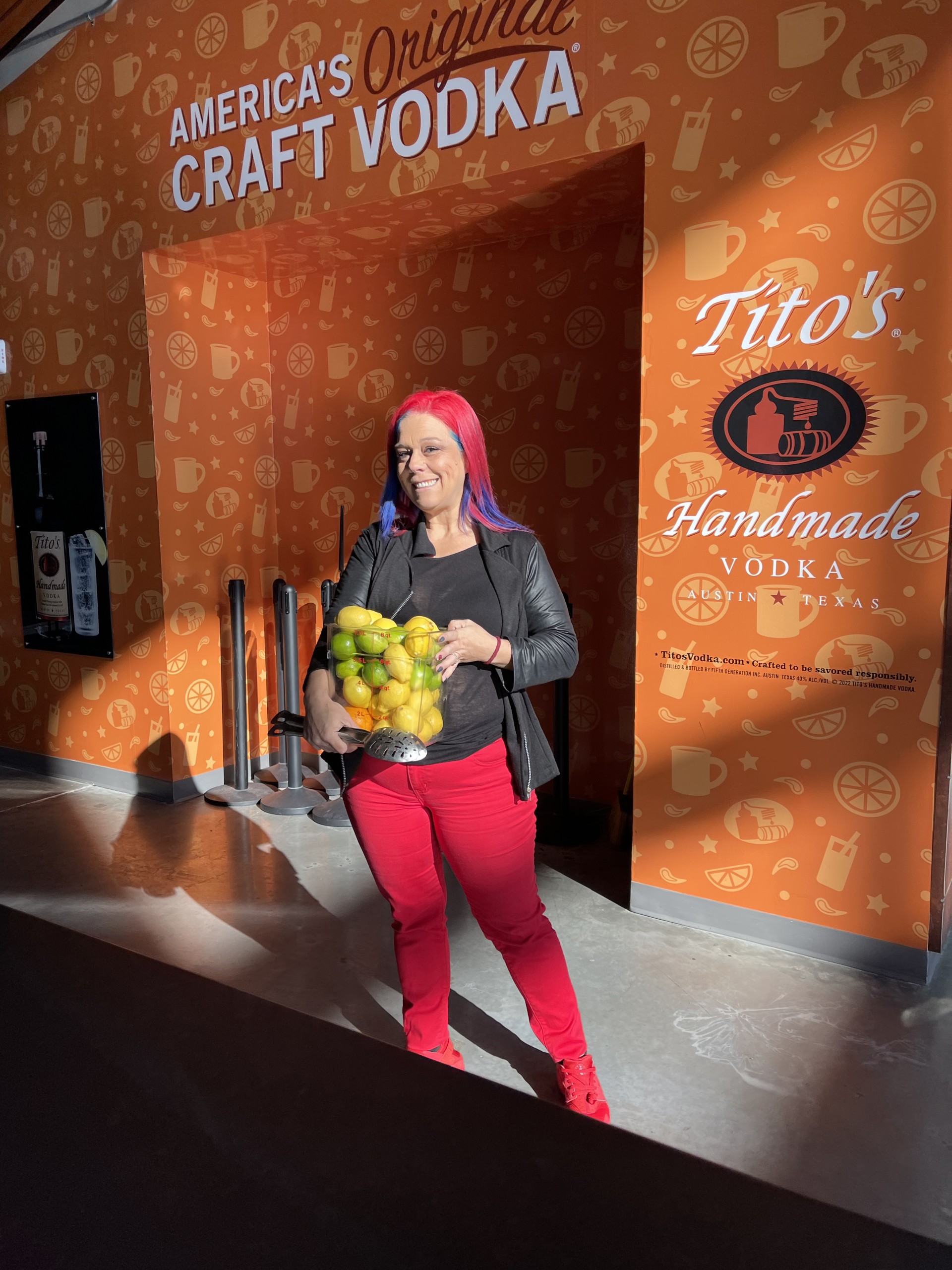 The excitement radiated all the way from the ice at the floor of the arena where the Ghost Pirates had recently practiced, to the South bar on the mezzanine. (Yes, we have our own bar… well at least we did for a fabulous two hours!) 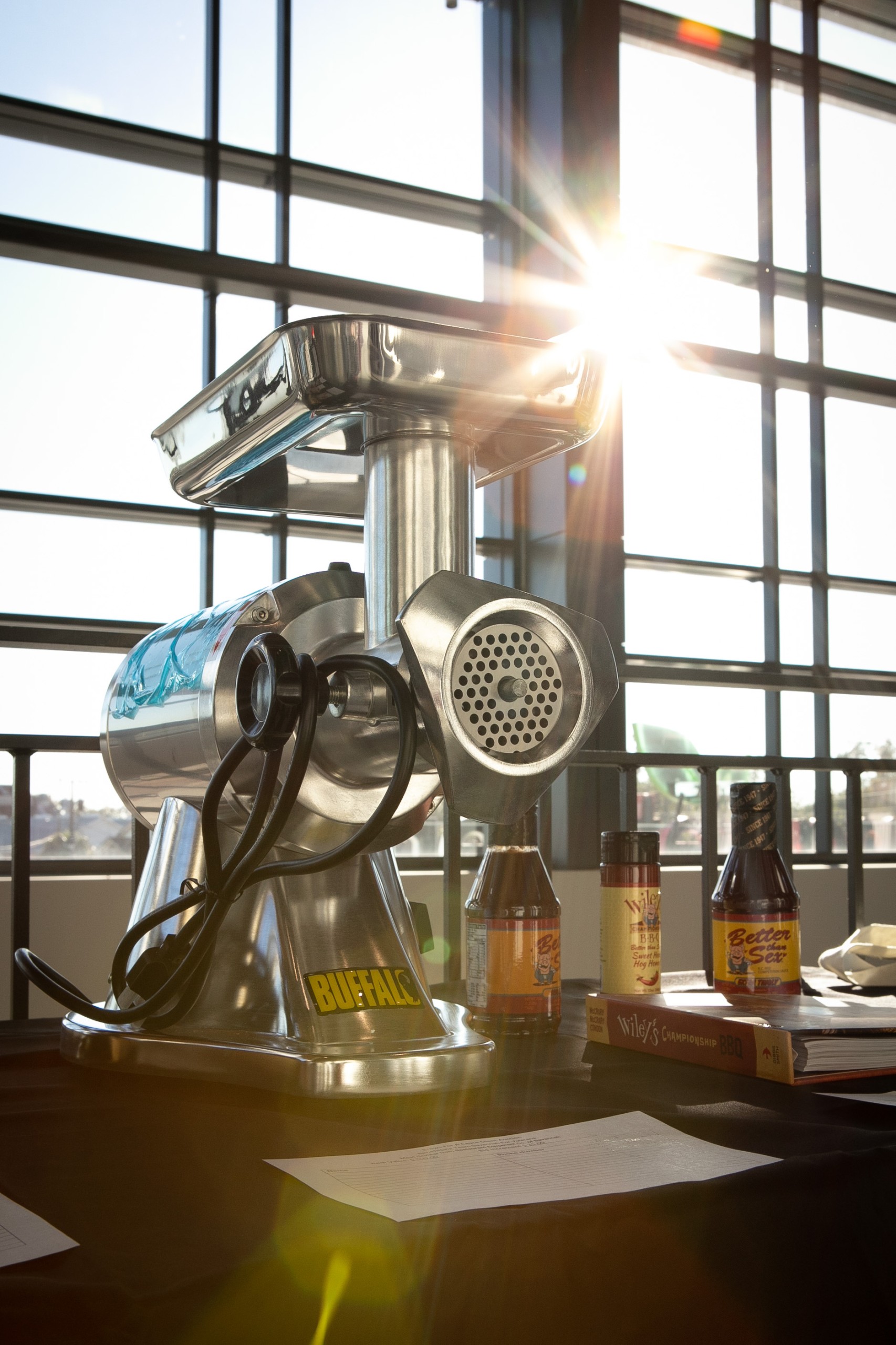 The silent auction featured some of the most eclectic items to date in support of Team Savannah for Veterans, including spa treatments, an autographed Ukrainian t-shirt by former heavyweight champion Wladimir Klitschko and even a commercial grade meat grinder. (Yes, that really is a thing… Thank you Restaurant Equipment Co. Of Savannah!) 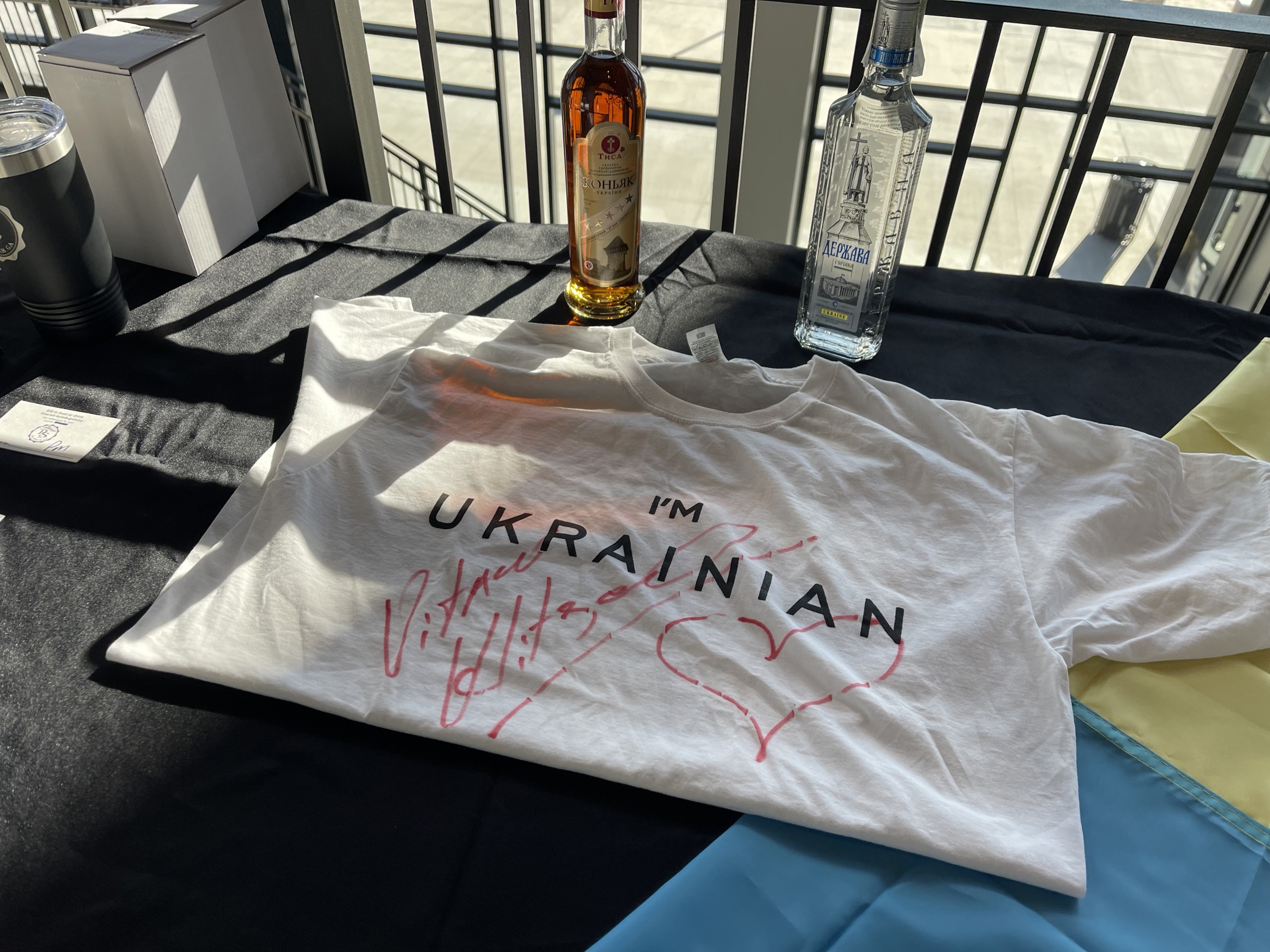 As always, the event drew the coolest and most eclectic of folks in the Coastal South. From cover profile Brett Velicovich a leader in helping Ukraine refugees to funnily enough Kat-5 studios (yes, aptly named and built to withstand a category 5 hurricane). 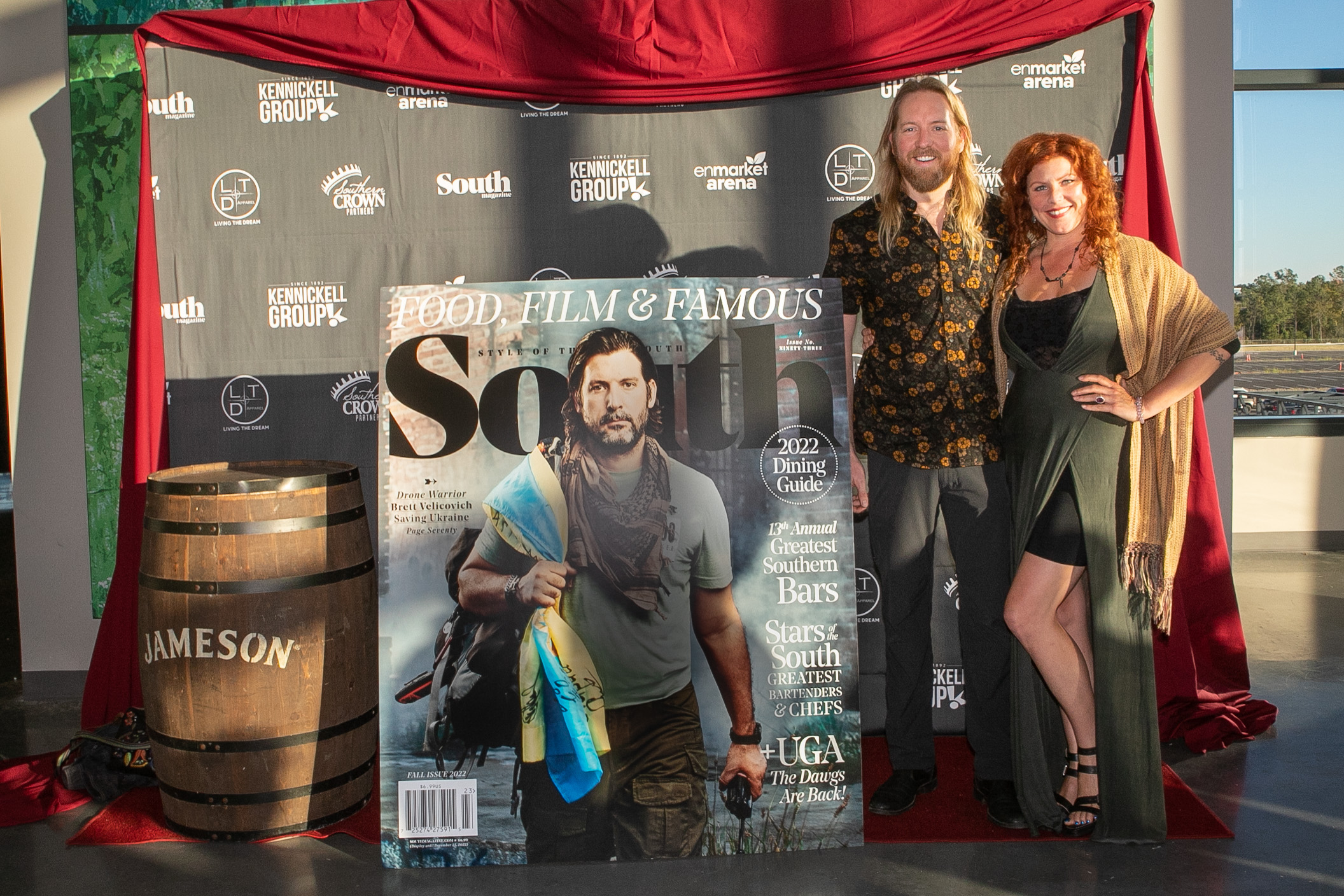 Along with almost $10,000 of silent auction items, Halloween-ey attire was worn all throughout the party. With prizes from Living the Dream apparel, “Hands-off” came in a close third to “Mean Gene Harley,” barely tipped out by the “Debellation Brewing Vikings” who took home first in the coolest-dressed for the night. 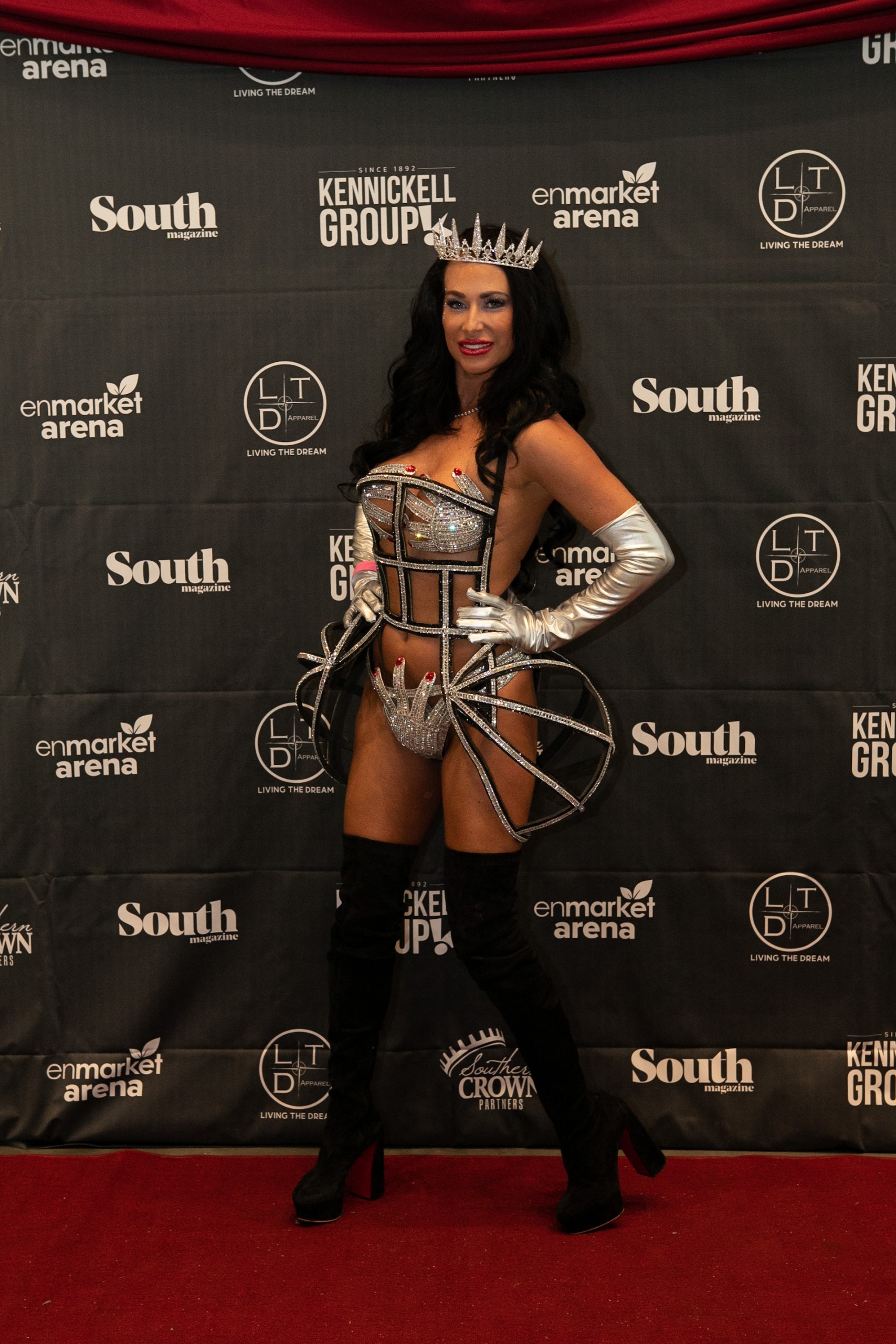 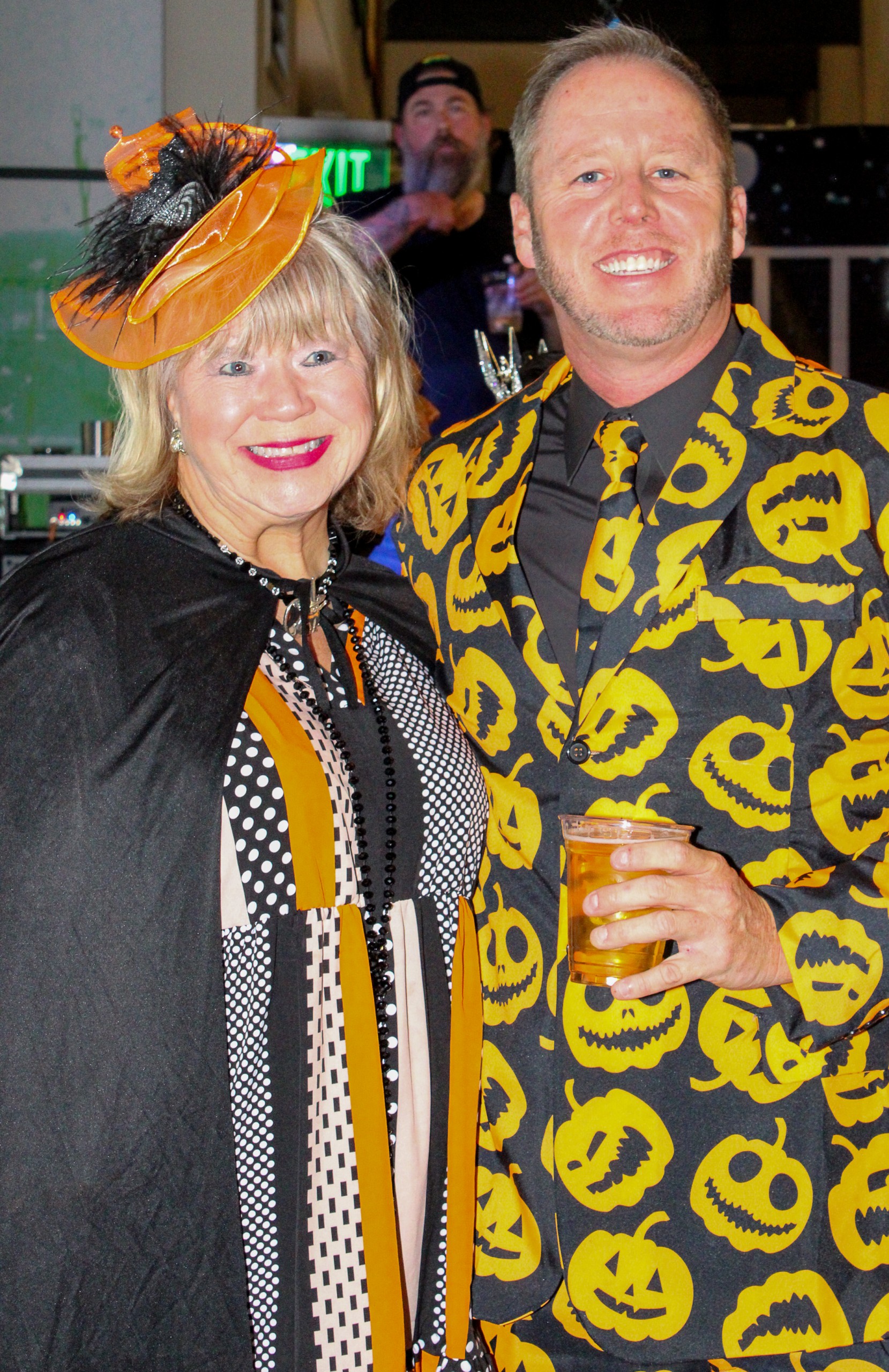 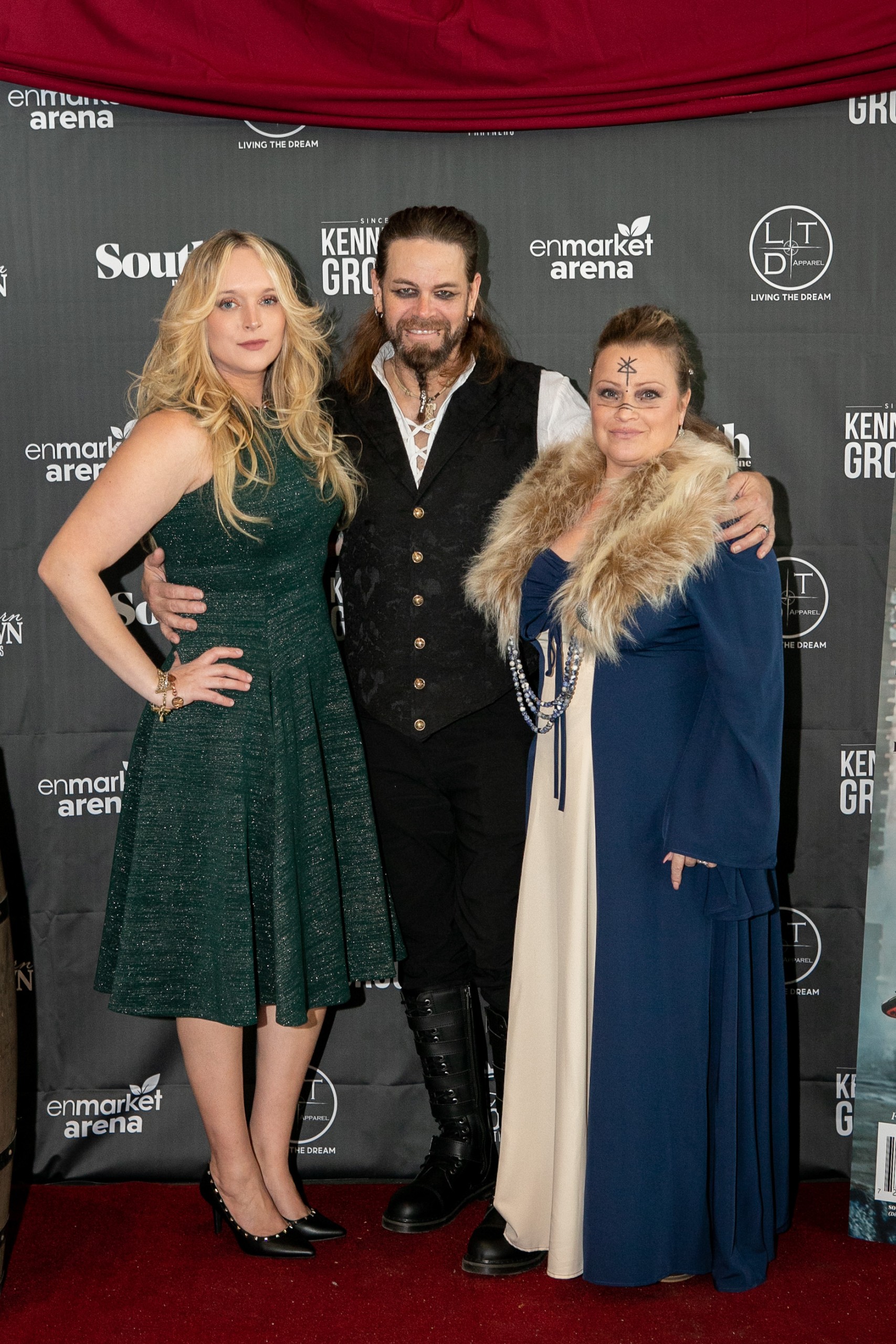 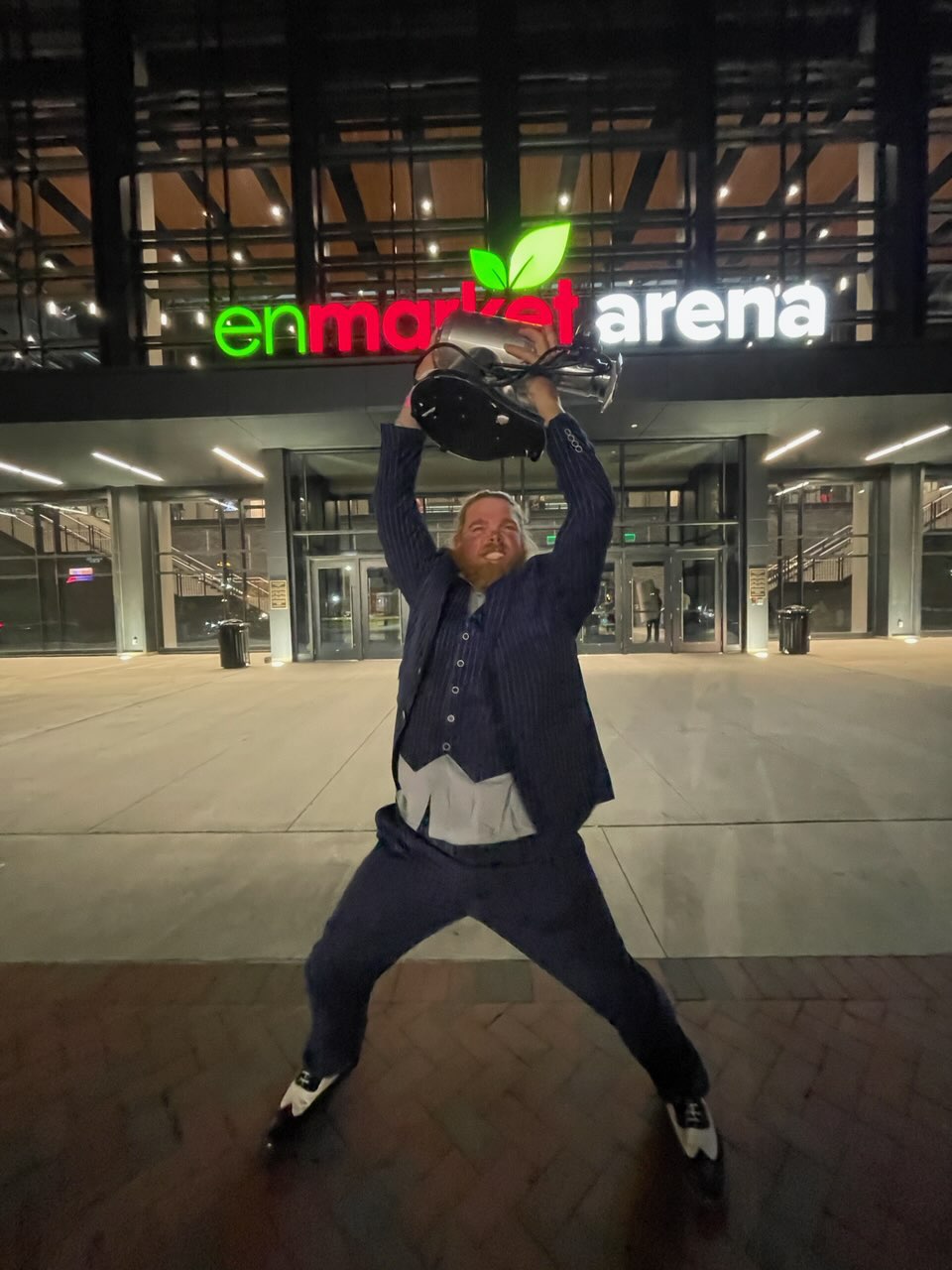 The topic of everyone’s conversation went to a very worthy recipient, Captain Garrett Ross who hoisted the 90+lb bone breaking machine atop his head in triumph! 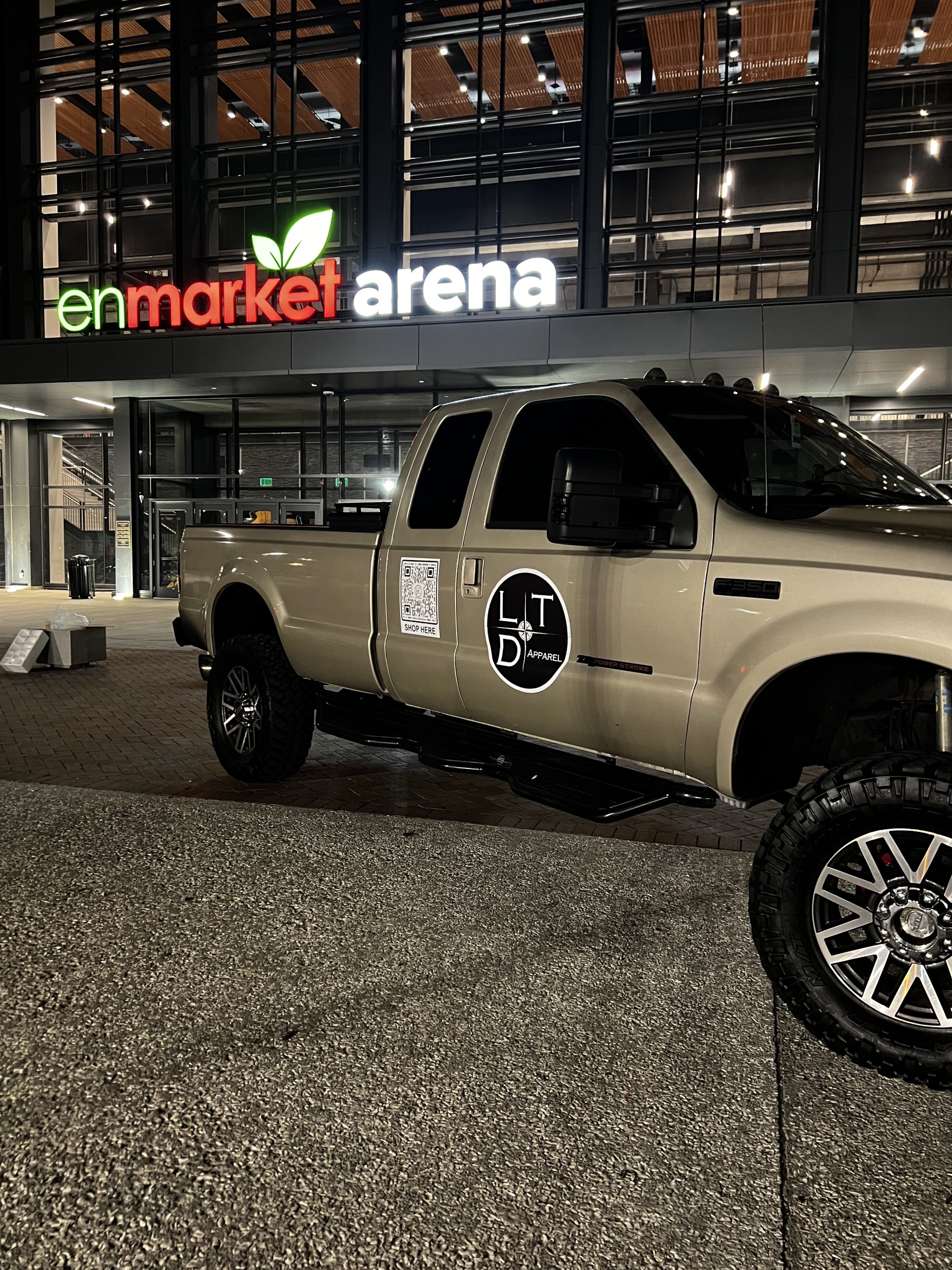 A huge thanks to our sponsors + partners, Enmarket Arena (the best place to PlaySouth), Living the Dream Apparel, Savannah Distributing (thank you for the Tito’s), GEL Insurance, Debellation Brewing Co, Kennickell Group (we could never print anything without you!), Restaurant Equipment Co. Of Savannah (yes, the meat grinder folks!), Unifya, who lit the stage up with a reggae-rock set that had the audience wanting more, Security Associates of Coastal Georgia for bringing the muscle, and our always present partners, Southern Crown Partners. 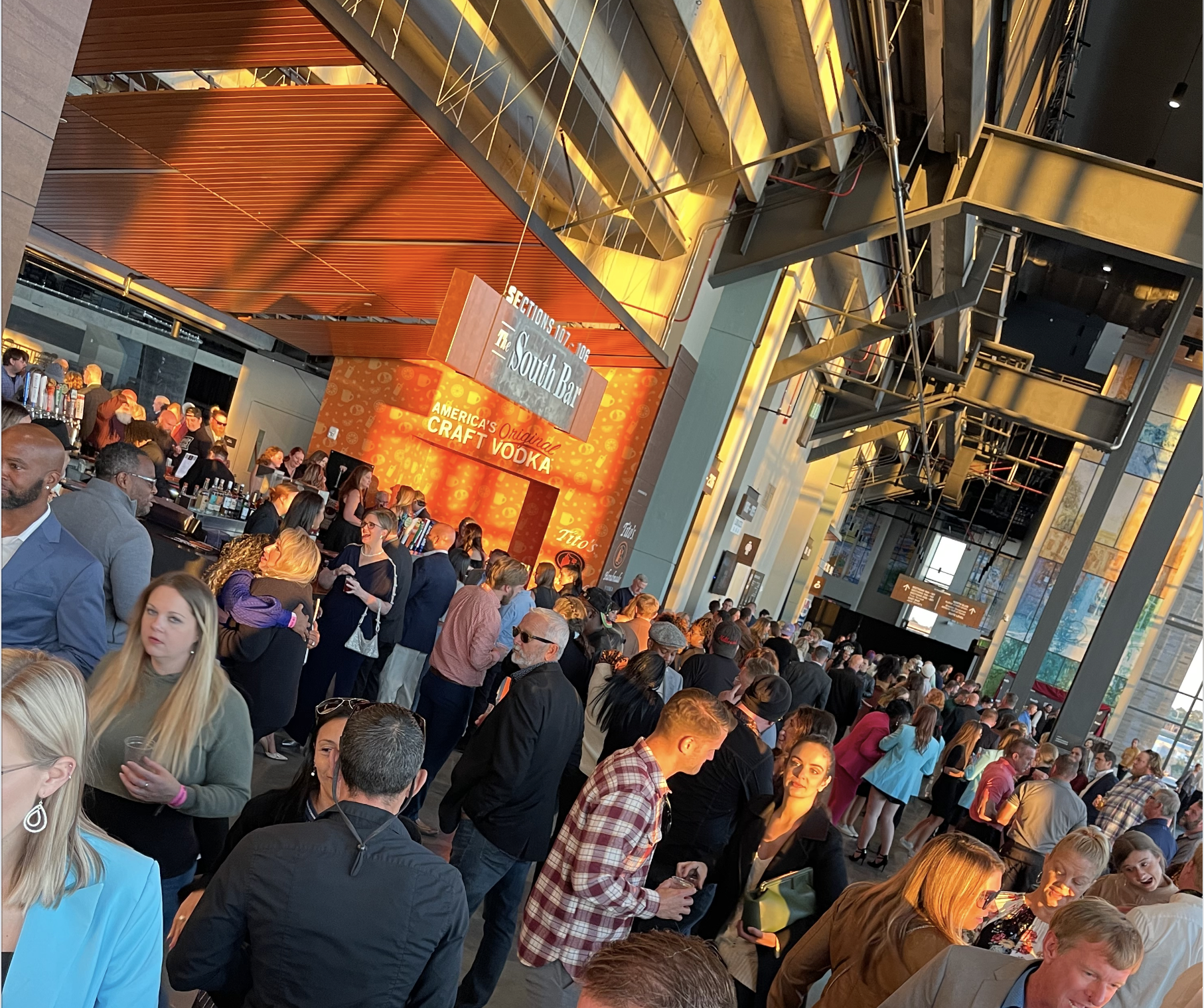 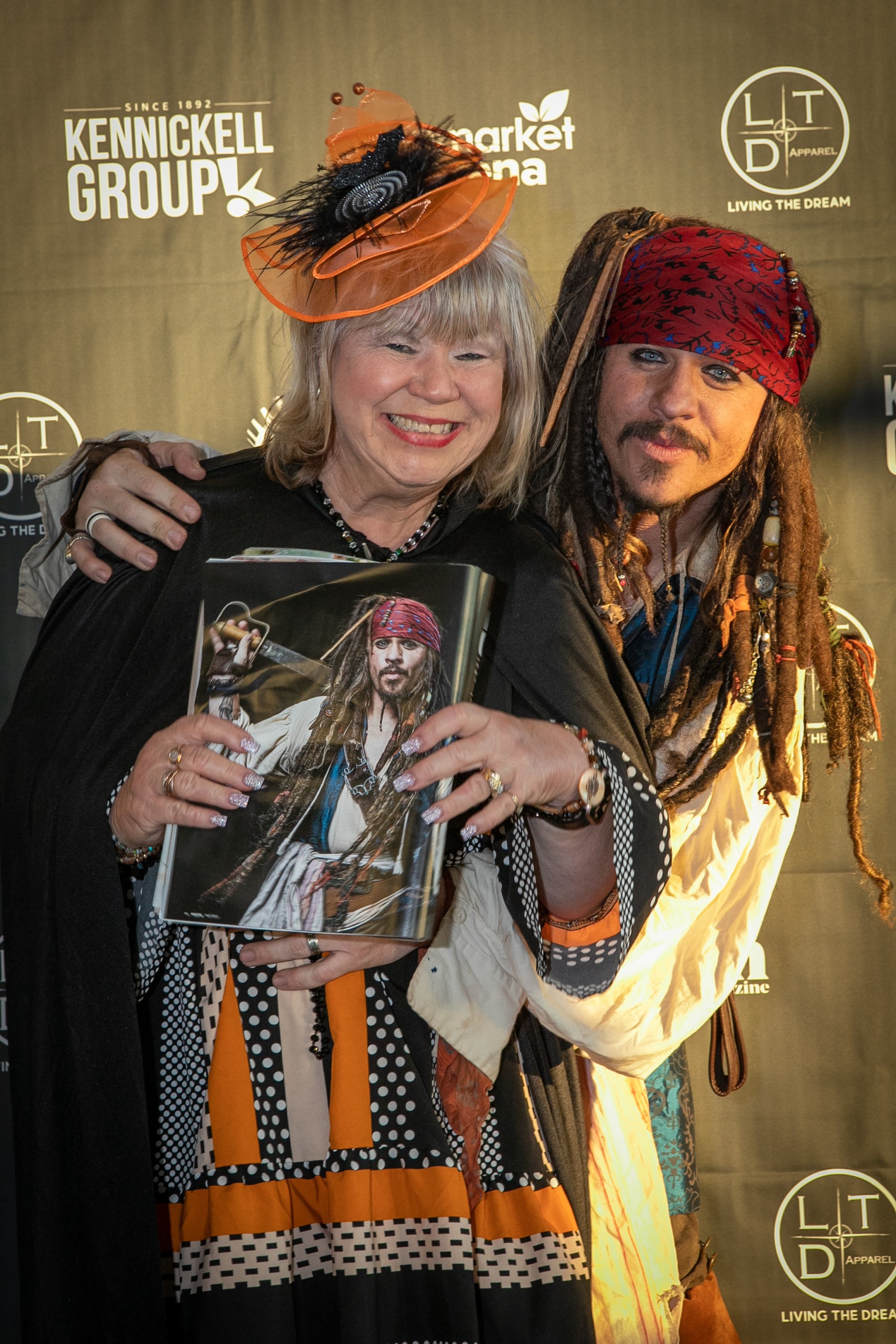 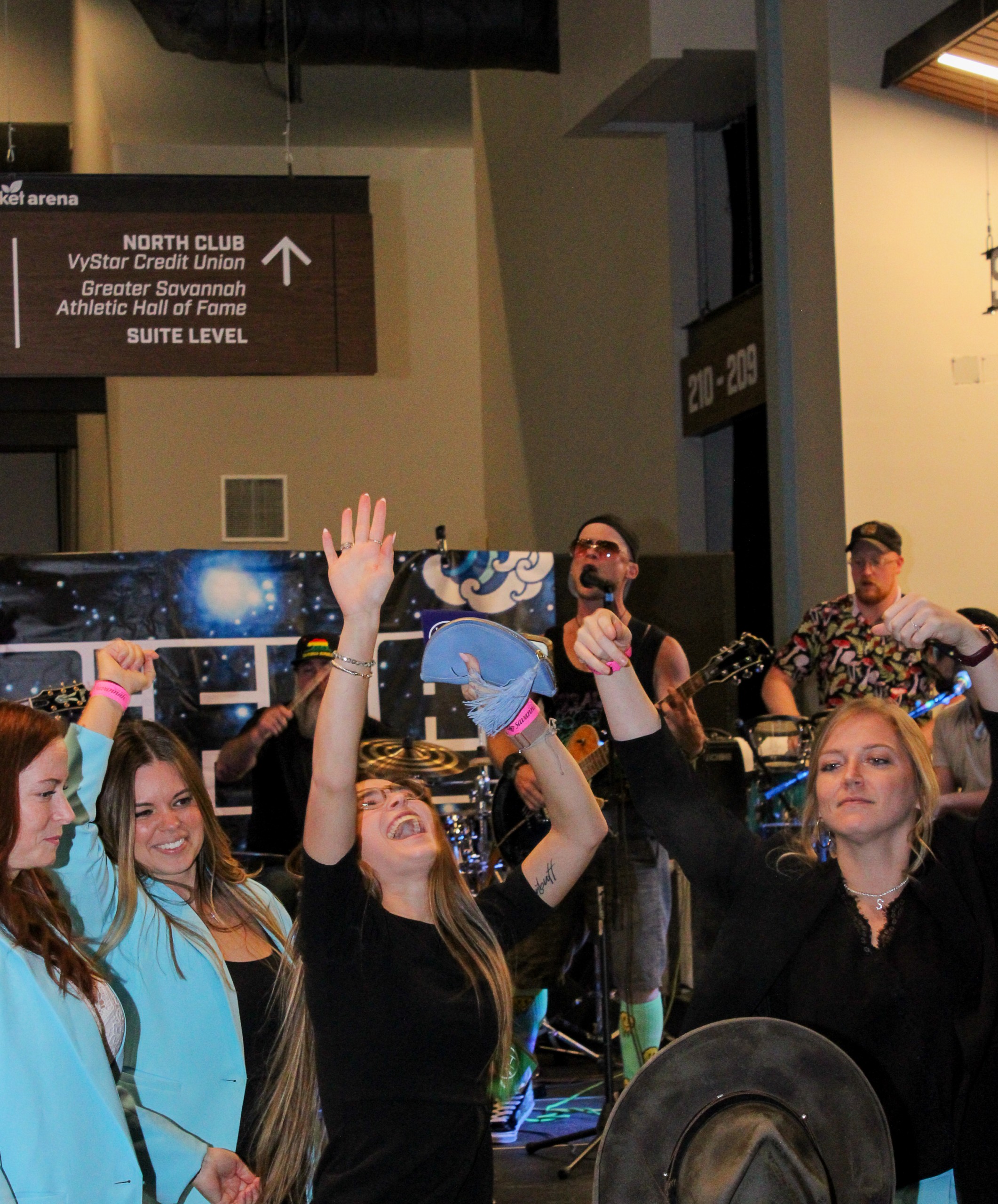 For scenes photos from the epic evening, click here