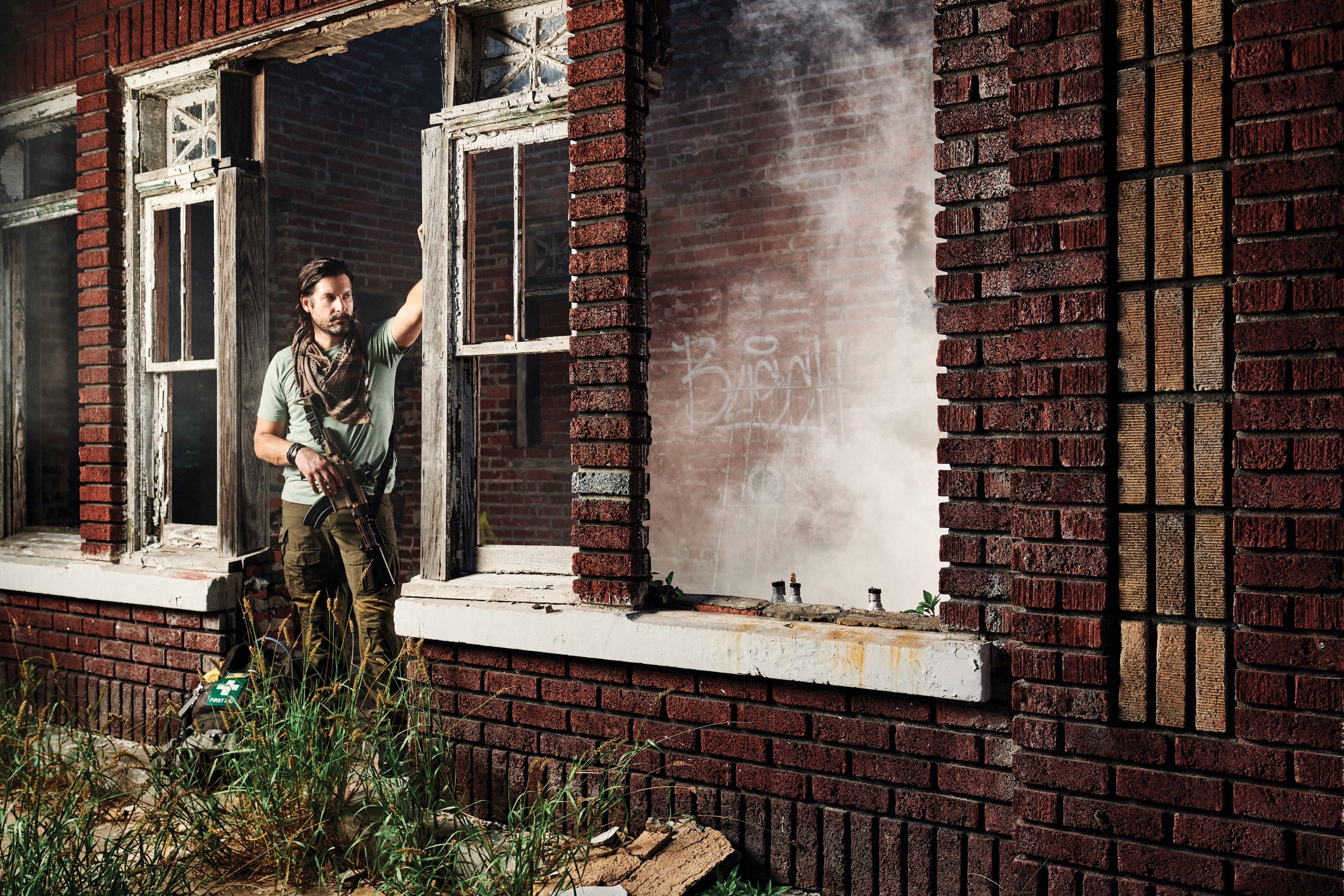 A lot of those guys are going to the frontlines with nothing. They’re treating gunshot wounds with Tylenol and Advil. Photo / Blake Crosby 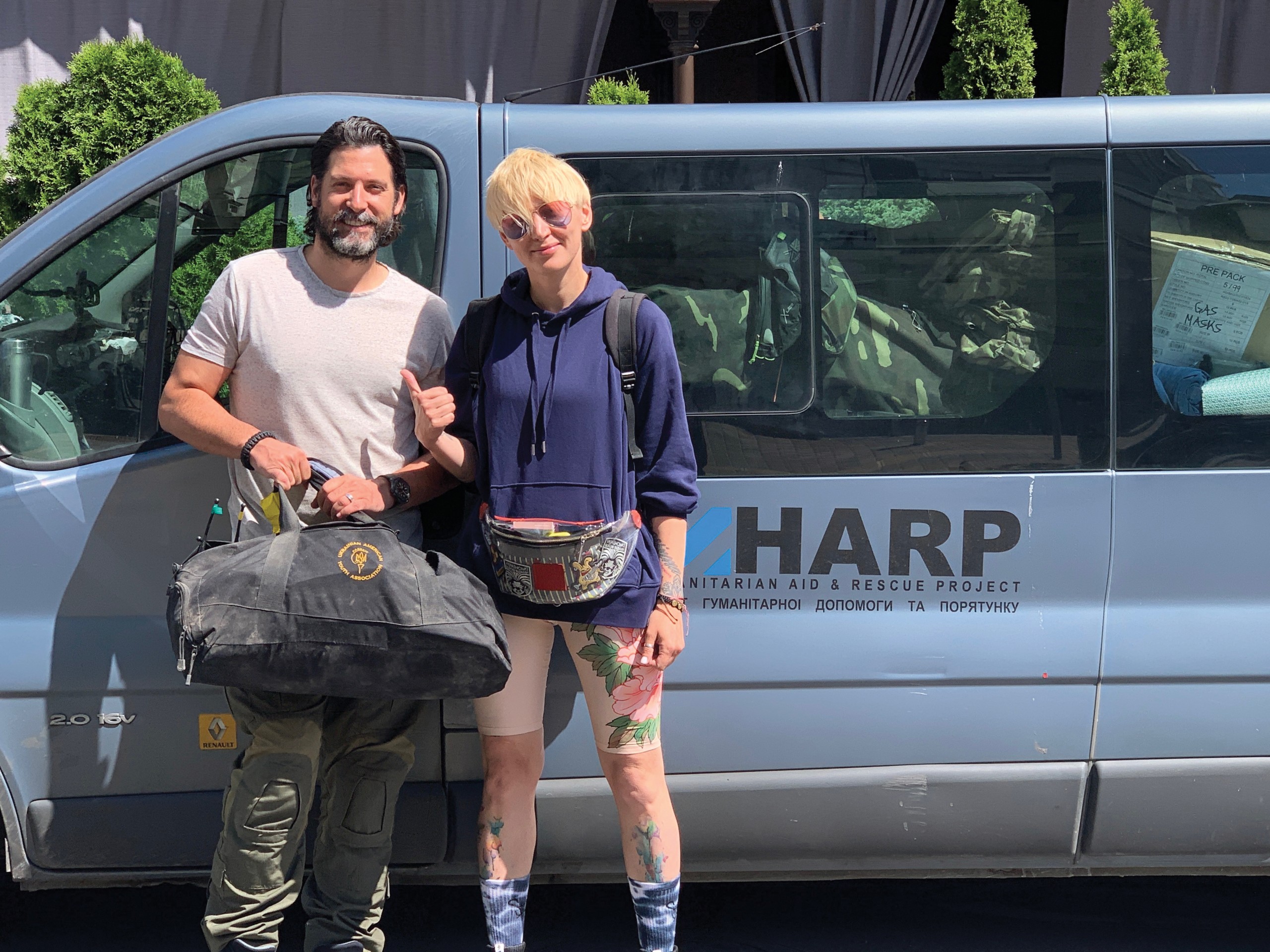 Delivering radio equipment to a local Ukrainian non-profit in Kyiv. 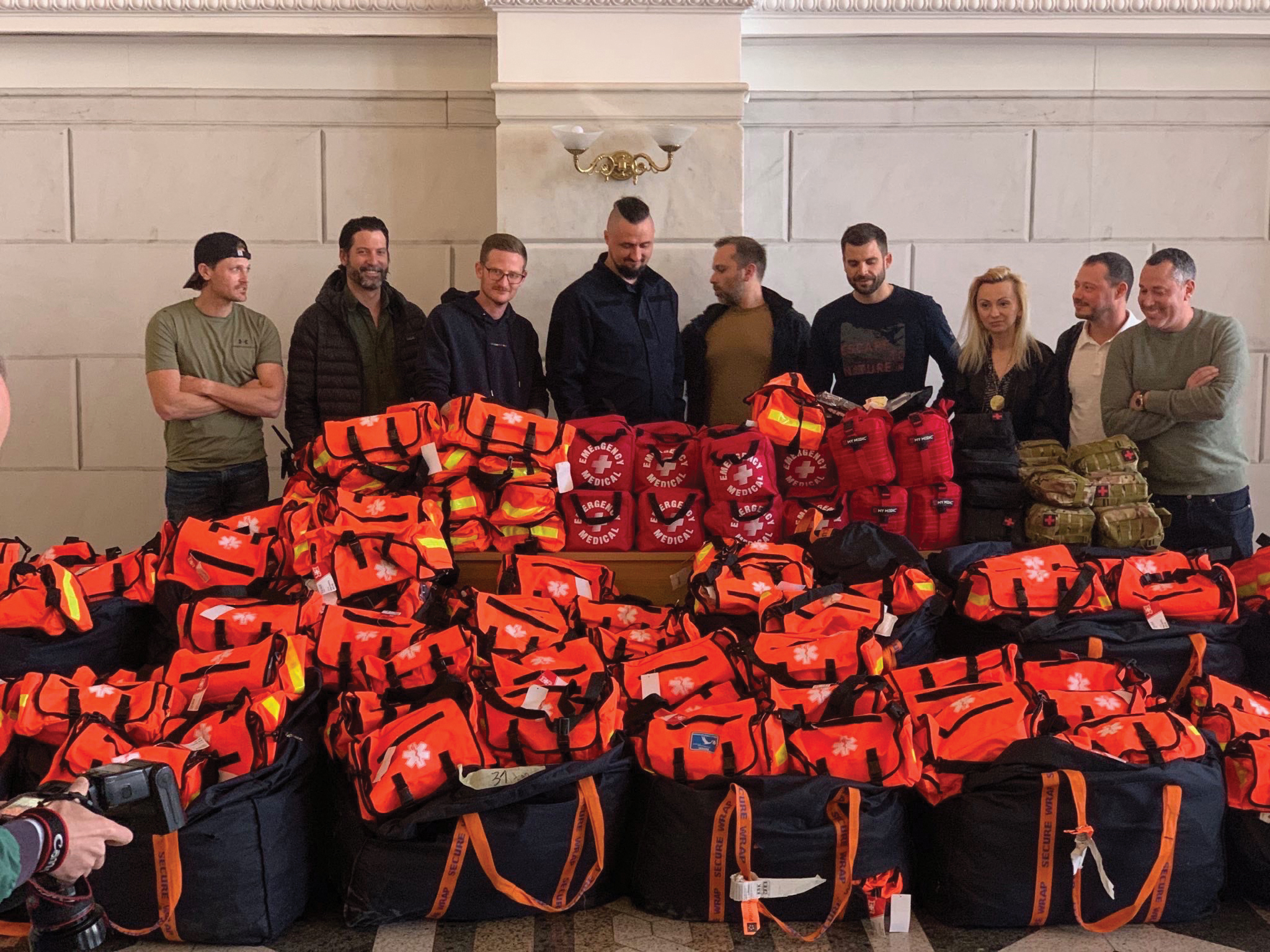 UkraineFriends.org team delivering hundreds of first aid kits to the Minister of Trains.

➽ Few understand the calling. Fewer still would respond, leaving the comfort and safety of home to venture into a war-torn country and risk life and limb on a rescue mission no one asked you to fulfill. For special ops vet and bestselling author Brett Velicovich, it’s a call of duty he can’t ignore. Despite just returning home to Savannah GA, he’s heading back across borders to continue his efforts in saving Ukraine. 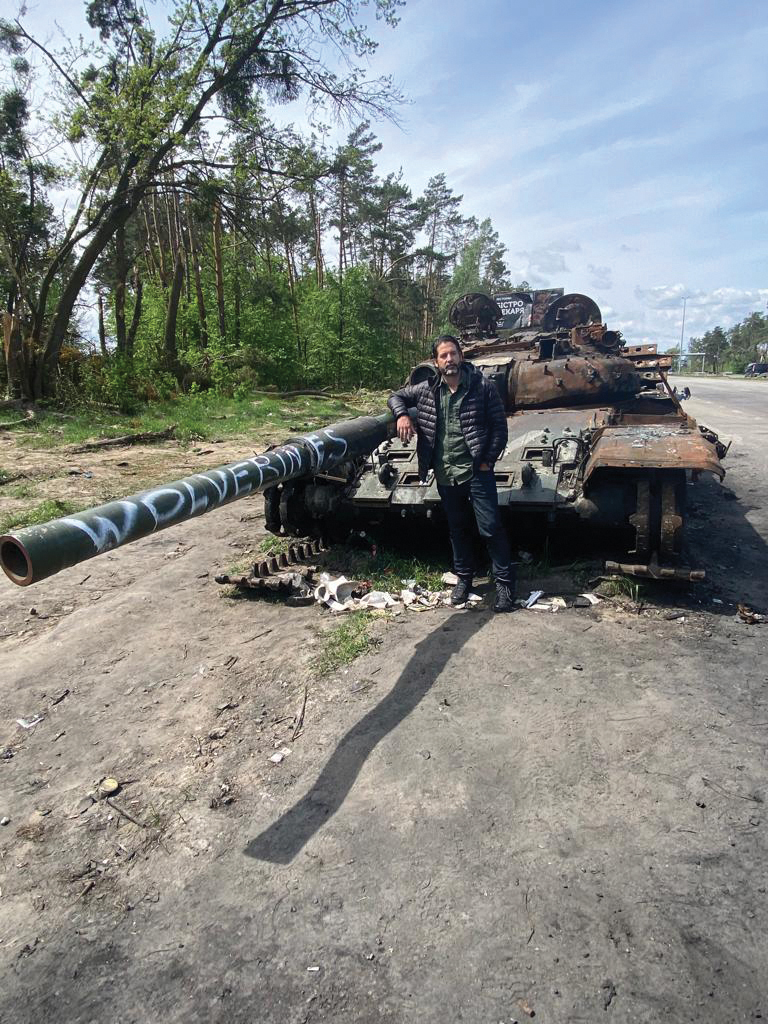 On Feb. 24, 2022, Russia launched a full-scale invasion of its neighboring country, Ukraine. With a third of Ukraine’s population displaced and over seven million of its citizens fleeing, Russia’s bombings and gunfire have triggered Europe’s largest refugee crisis since World War II. 90% of those fleeing are women and children, as all men aged 18-to-60 are prohibited from leaving. Russian forces have killed countless civilians and leveled public infrastructure across the country, leveling residential complexes, schools, churches, and other civilian structures. While Russian forces initially attempted a blitzkrieg-style campaign on multiple fronts, Ukraine has held strong. After six months of bloody struggle, most of the fighting is concentrated near Ukraine’s eastern border with Russia. South spoke with the Drone Warrior Brett Velicovich about his on-going humanitarian efforts in Ukraine. 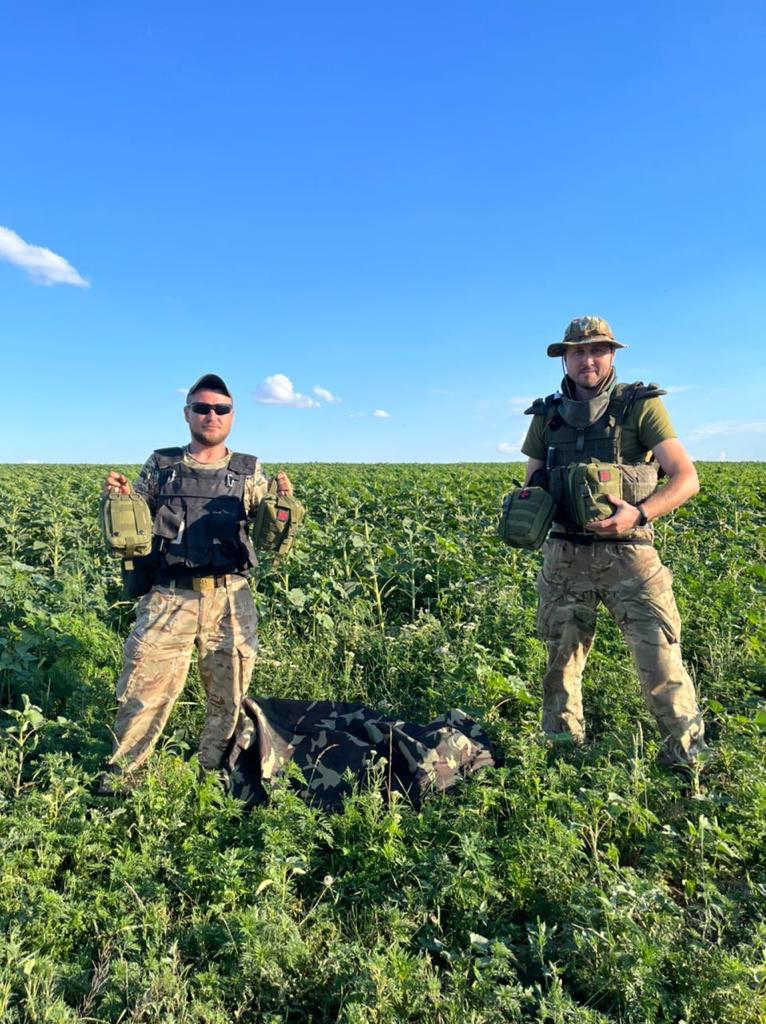 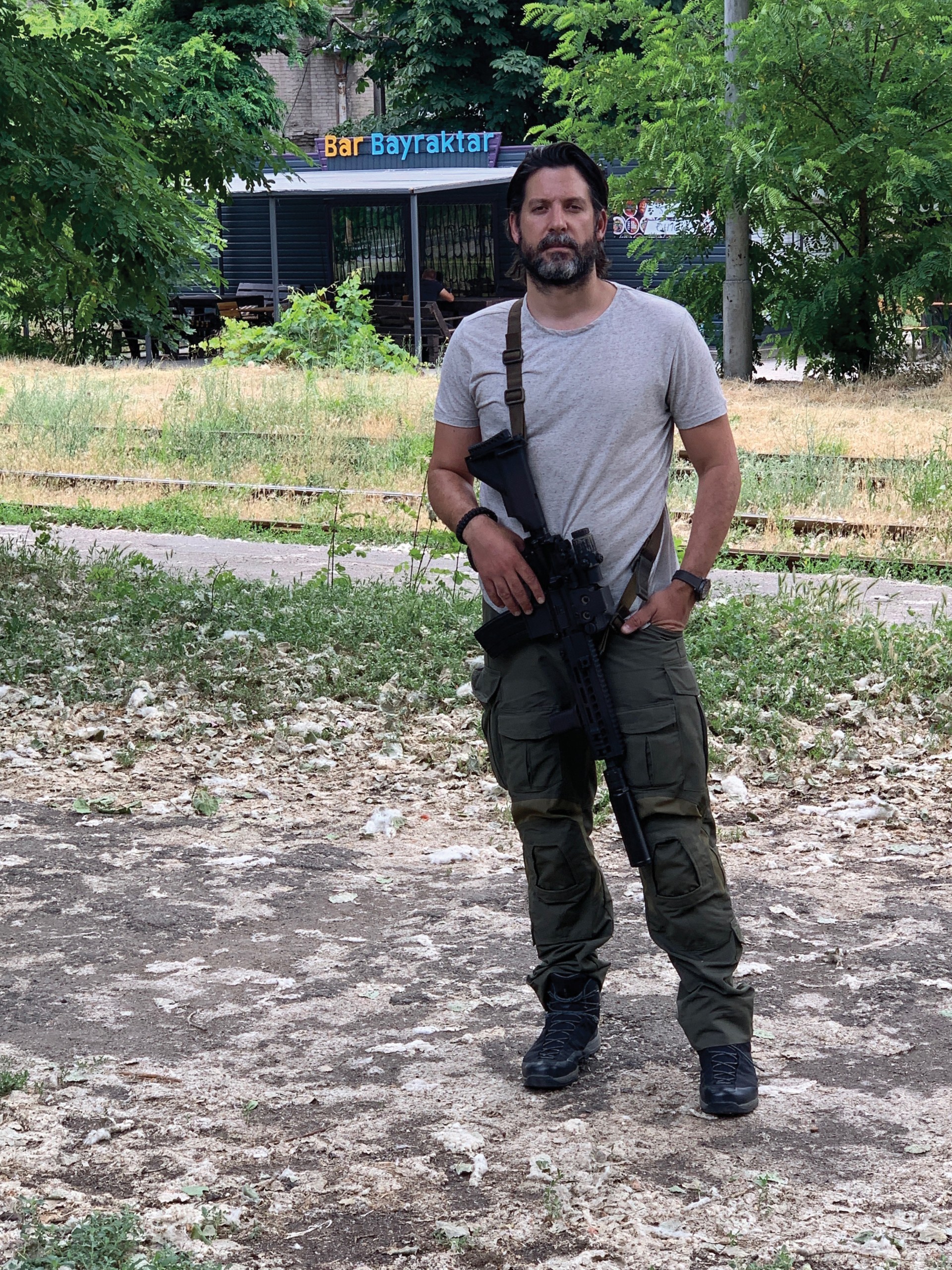 South magazine: What efforts have you undertaken since the beginning of Russia’s invasion of Ukraine?

Brett Velicovich: I went into Ukraine a couple of days after the war began to help extract Americans. The US government had pulled out of the country as soon as Russia came in leaving a lot of patriots stranded. We crossed the border into Ukraine into the capital of Kyiv, where bombs were going off and chaos was happening in the middle of the city. We loaded a number of Americans and vehicles and drove them South through the countryside for hours, through military checkpoints, getting Ukrainian elderly, men and women and the disabled and helping them navigate their way safely out. 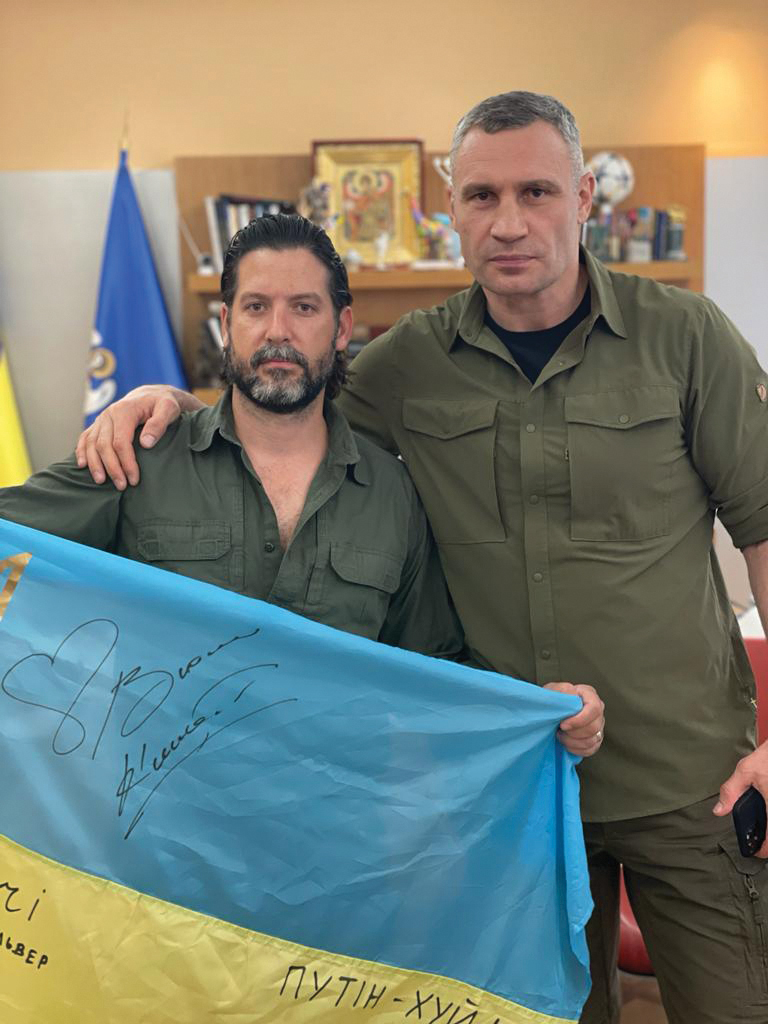 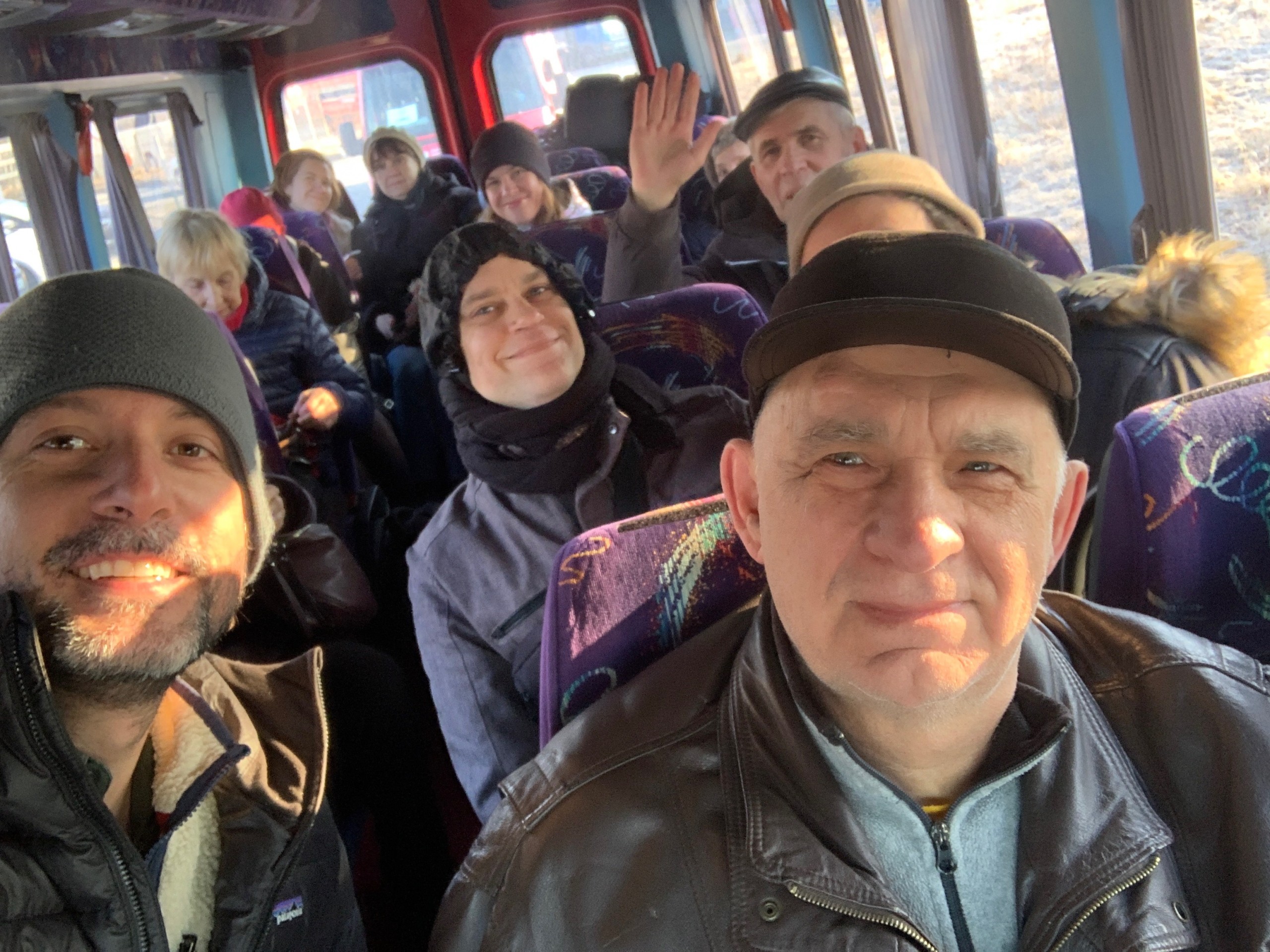 Once that mission started to run on autopilot, we switched to bringing aid in. Many groups around the world were raising money for Ukraine, but did not know how to get supplies in. We created UkraineFriends.org with a volunteer network inside the country where we set up warehouses and rented vehicles and had local workers packing first aid kits and delivering critical supplies. We have moved millions of dollars in non-profit and humanitarian aid to the frontline and I will return in mid-September to ensure Ukrainian civilians get what they need to survive this chaos. 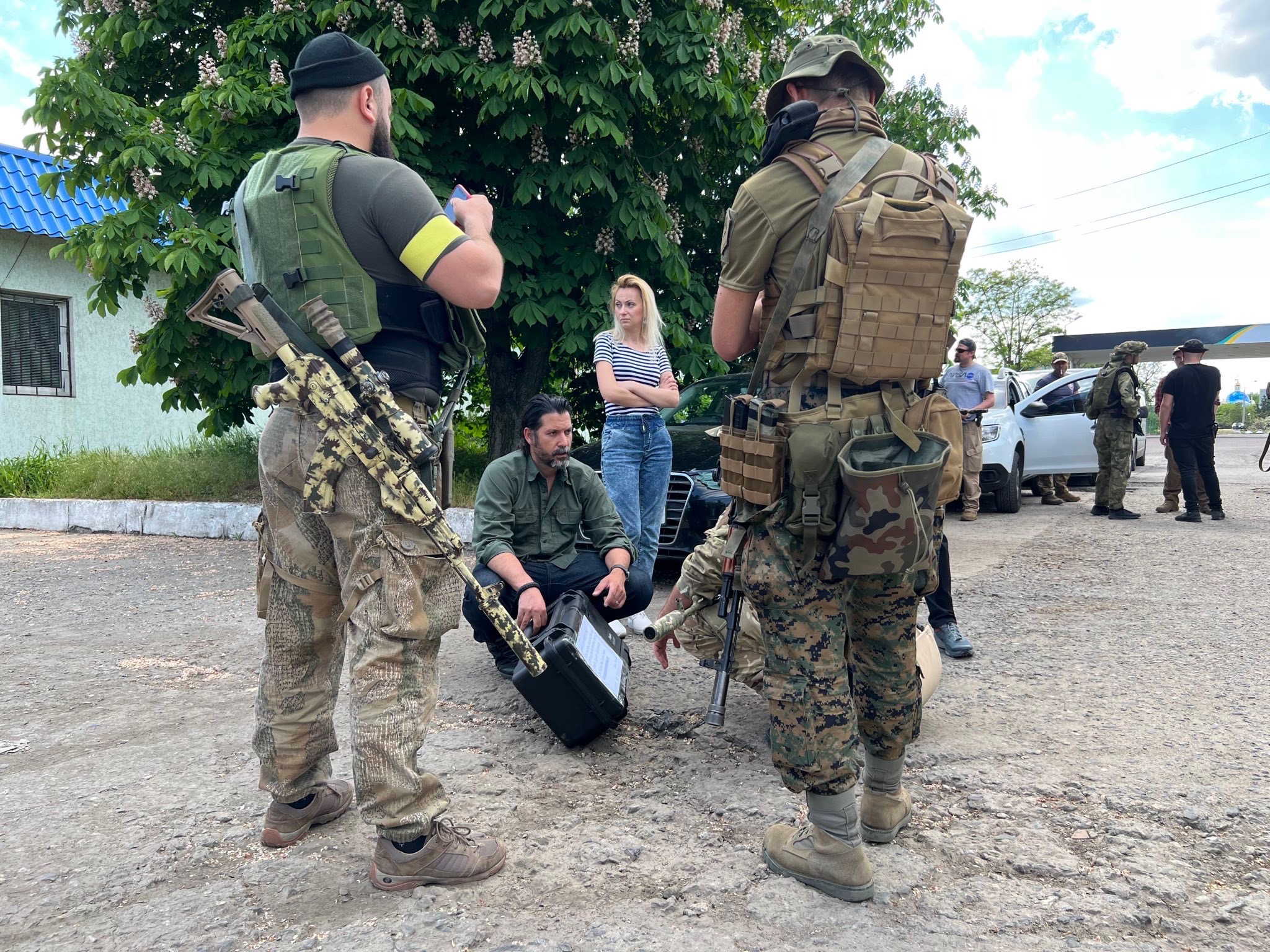 S: Is there a particular country that UkraineFriends.org uses as a staging point to get into Ukraine, like Poland or Moldova?

BV: I have photos of volunteers bringing in literally over 80 bags of checked baggage on Delta Airlines, private planes, busses full of first aid kits, and having to check them in through a normal airport. We move stuff through Poland, Romania. The team purchased ambulances and drove them across the border from Slovakia into Kyiv. 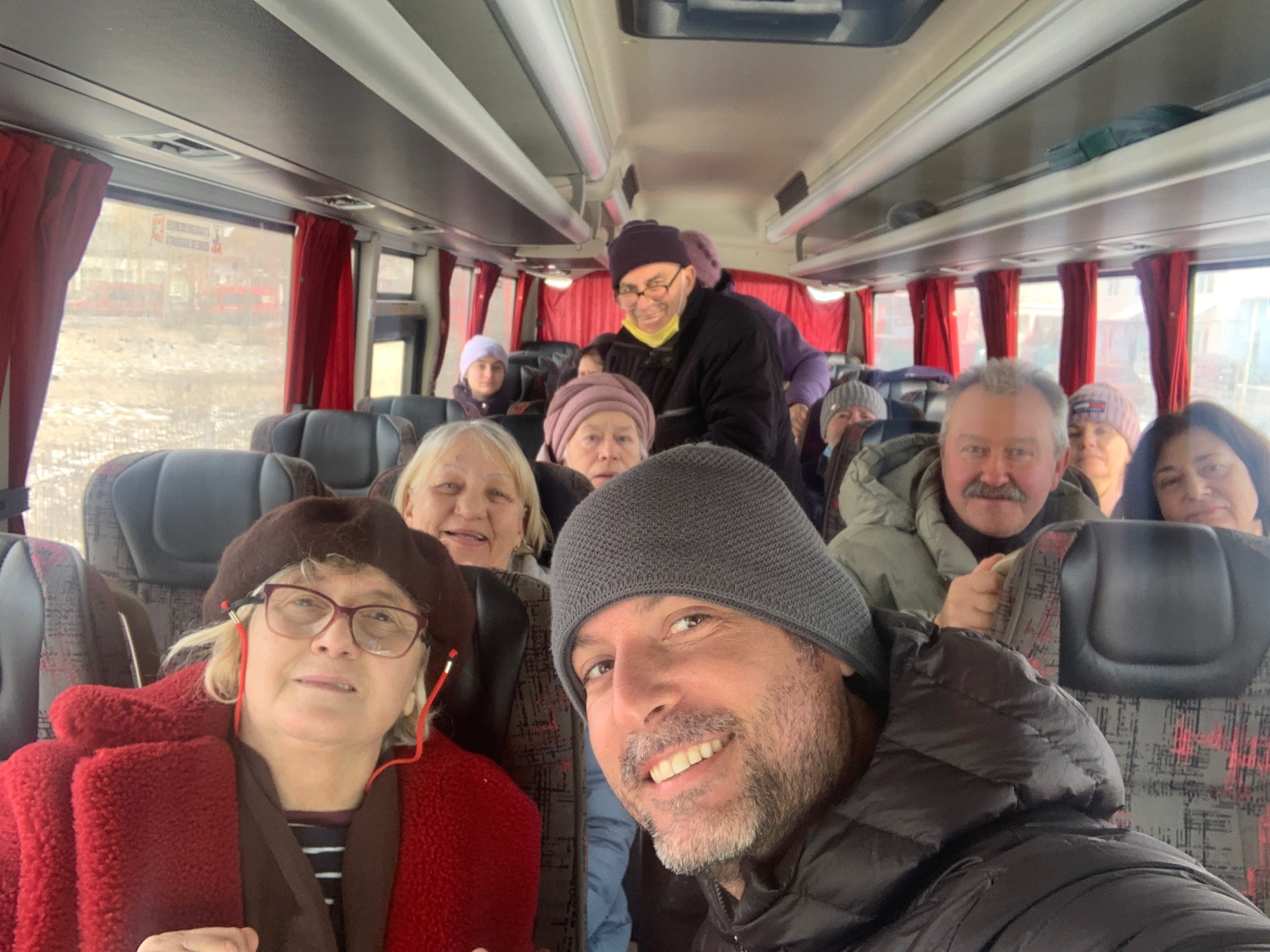 The Ukraine war is a war of logistics. It is incredibly difficult to move around the country. It is not as easy as just setting up a normal supply run where you hire 18-wheelers. You have to maneuver around Russian forces and a shifting battlefield. The most important thing is getting it there as fast as possible. Many people think the demand for this stuff is dying, but on the contrary, the need for help is increasing. 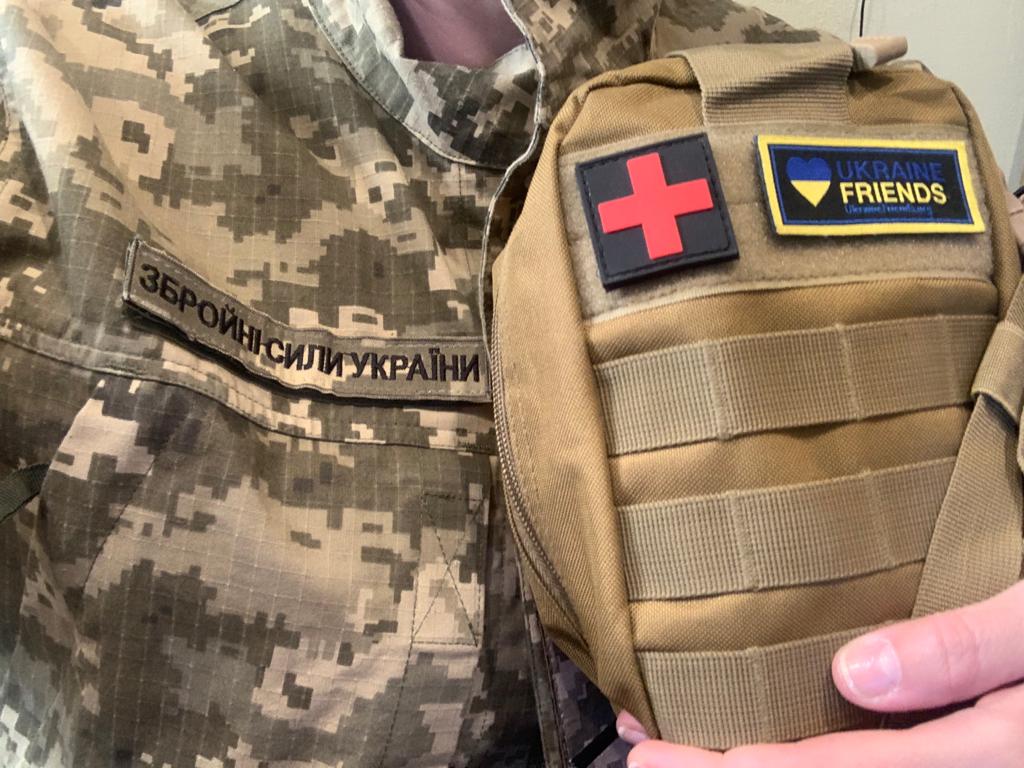 S: How do you work closely with the Ukrainian government?

BV: We have to work with the different ministries within the Ukrainian government to understand where the need is. We don’t want our humanitarian supplies being sold somewhere, winding up in another country, or getting stuck and left in a warehouse collecting dust. The Ukrainian government will literally hold a train car for us to load supplies onto the train. We also have to work with them to understand the routes because many of them are mined. 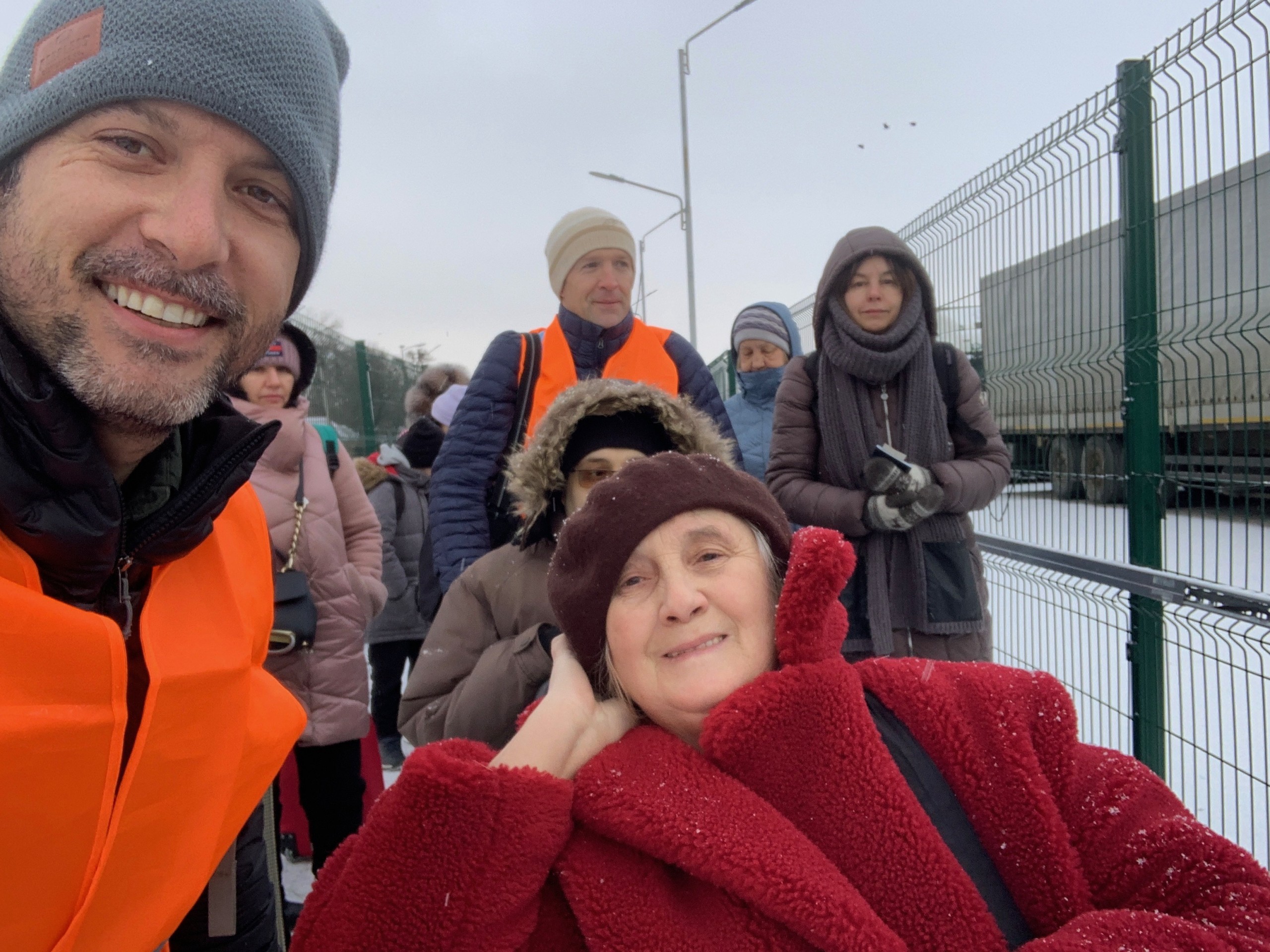 S: Are any medical or humanitarian resources more in demand than others?

BV: Yes. The number one request we get for humanitarian aid is Individual First Aid Kits. IFAKs are tactical first aid kits that can basically save a life immediately. These are the single most requested items by Ukrainians struggling on the front lines. A lot of those guys are going to the frontlines with nothing. They’re treating gunshot wounds with Tylenol and Advil. We had a situation where I brought out cancer medication for a soldier on the frontlines who had no access to it. We bring a lot of medication out to people. We also get a lot of requests for things like drone technology, vests, helmets, body armor, and medical stuff like stretchers or wheelchairs. They just don’t have enough of the things we take for granted in the United States.

S: As you said, the demand is only increasing as the war continues. But, at the same time, Americans are becoming less and less invested in the war. Has that impacted the humanitarian efforts?

BV: It definitely has. I don’t think people understand how much non-profits have helped save lives in that country. In a country where the government didn’t have much money to spend, and their focus was heavily on military equipment, there wasn’t a lot of focus on the refugees and the medical aid. A lot of people were left stranded. All the money comes from people’s awareness of the situation unfolding on the ground. Now that news organizations are covering it less and less, there’s less and less money coming in, and that really means a lot of people are suffering. I can’t tell you how many evacuees we moved out who never thought this could ever happen to them. 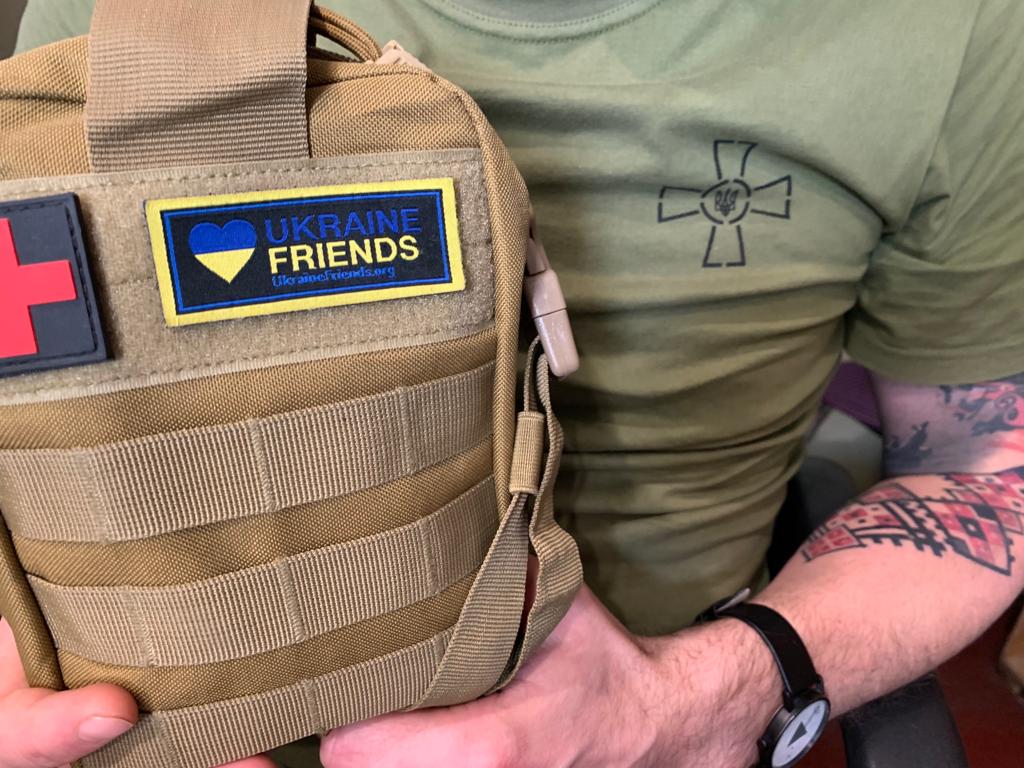 S: Is there anything else that Americans do not understand about this war?

BV: I don’t think people realize the devastation and destruction and how much the war affects the rest of our world and economy. Some of these major ports, especially in Ukraine’s Southern region, have been shut down for months by the Russians. I regularly go to these small Ukrainian cities and meet with these governors who tell us that the number one issue is their economy is completely destroyed because they can’t move things like wheat out of the country very easily. Ukraine produces approximately 15% of the world’s wheat. 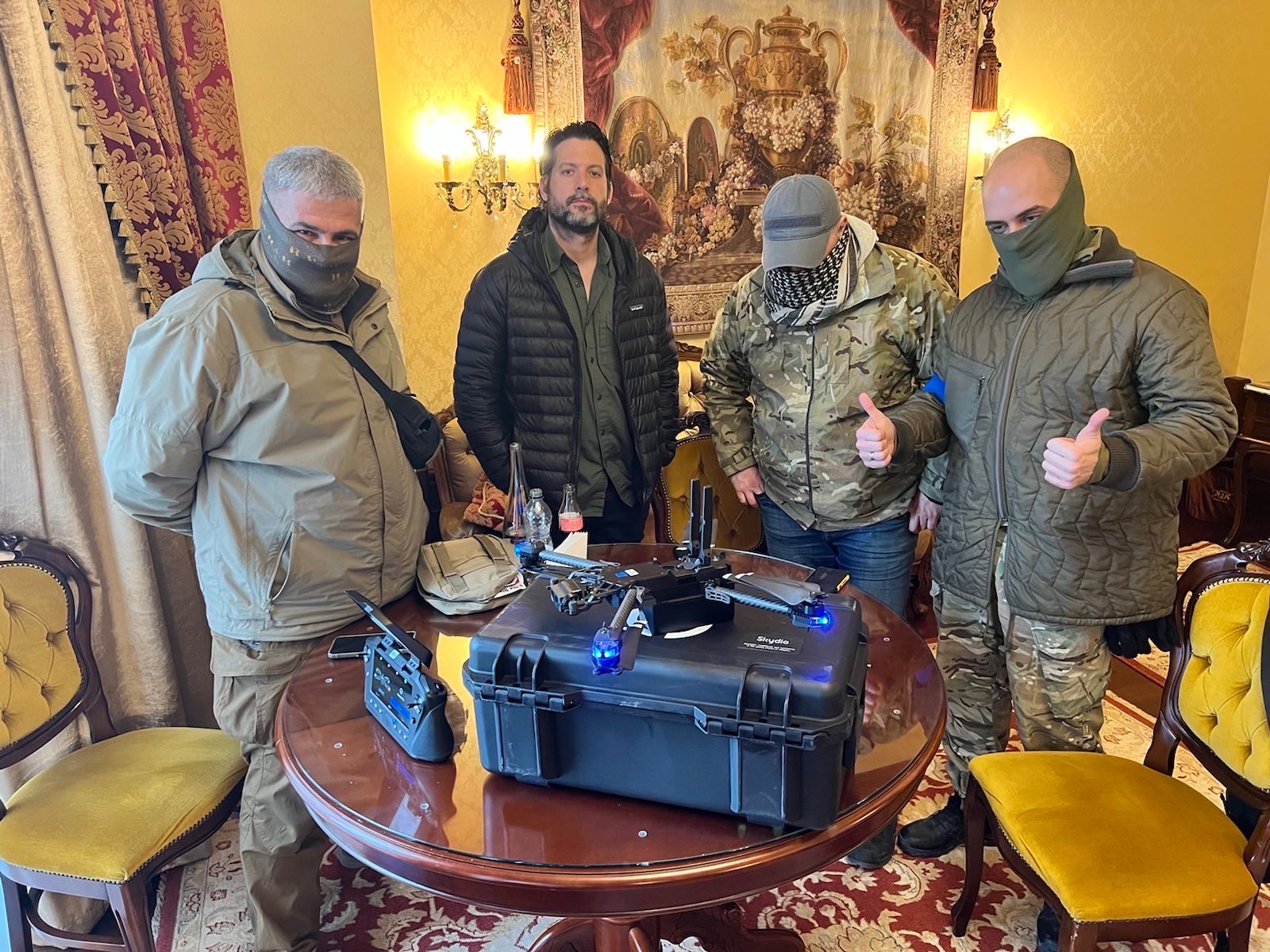 S: Where are you headed to when you re-enter Ukraine?

BV: We’re very careful about our security. We’ve even had some of our humanitarian sites targeted and struck by rockets before, so we’re wary about pinpointing the things we’re doing, but I’ll be heading back out this month to continue the mission. There will be people I have met before that will have been killed. Many people have died. And it’s sad, always going back out there and seeing fewer and fewer people than we started working with at the beginning of the war. 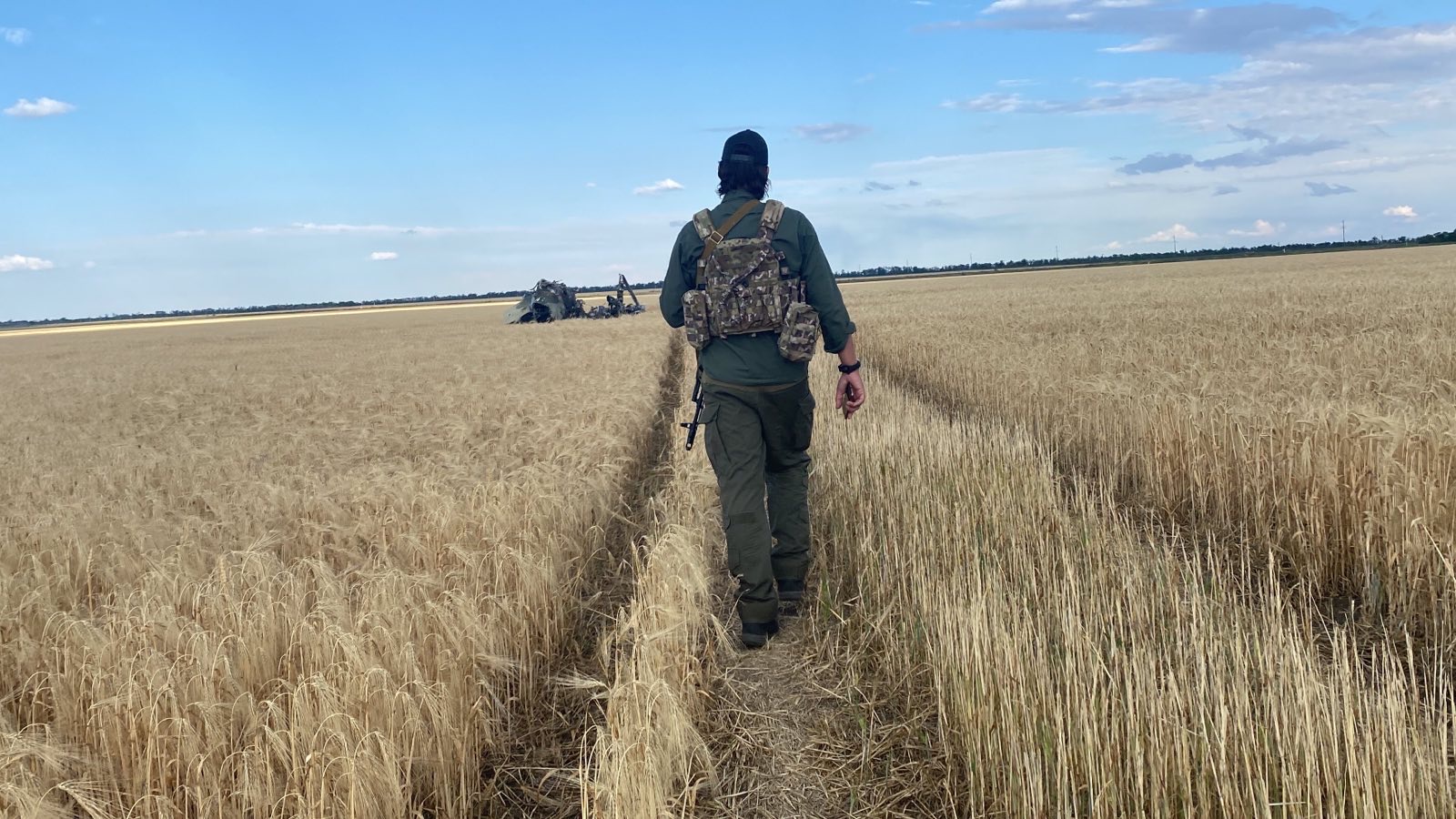 BV: Yes. There are a number of cases where Russia has targeted civilian sites and humanitarian logistical hubs. We’ve seen them target ambulances. We’ve had people shot at where it’s very clear you’re trying to help civilians. Targeting logistics bases is a common thing for Russia to do because they know that one first aid kit, just this one little first aid kit that we provide, can be the thing that saves someone’s life. And if they target the medical aid, they know that they can take out more soldiers. 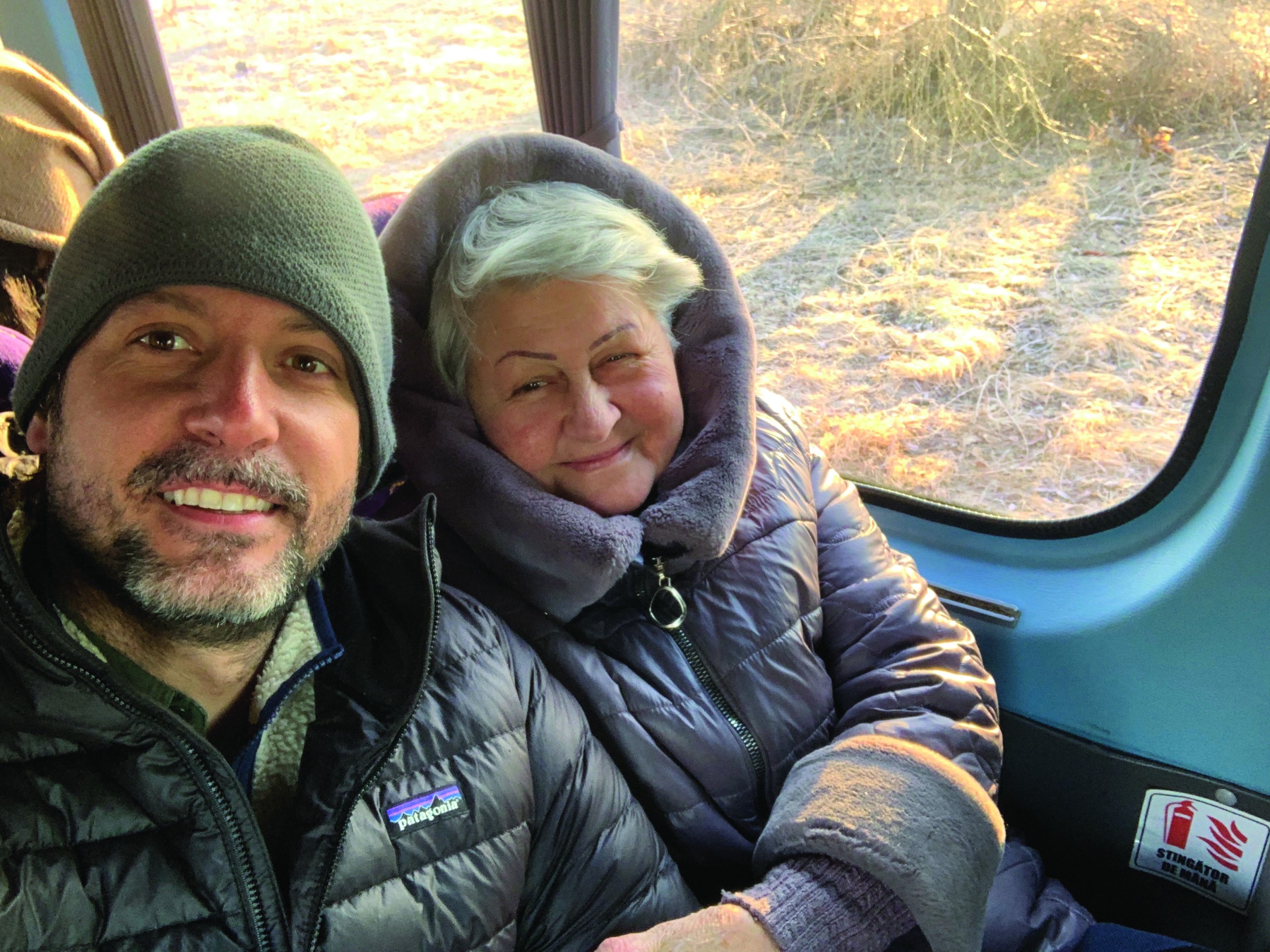 One of the many families Velicovich has helped recuse and extract out of Ukraine into Poland.

S: How can Americans who want to support the war effort in Ukraine help?

BV: The easiest way to help is to go to UkraineFriends.org, read about all the work we’ve been doing, and donate there. The other way is to volunteer. We regularly bring volunteers out to Ukraine who want to help. We need people to run warehouses. We need people to drive supplies. We also need people to donate things people don’t even realize are important—vehicles, medical aid, and leftover personal protective equipment from COVID. We have churches and children’s schools that have been completely destroyed. They need to be rebuilt. People can contact the organization and donate their money, time or materials. We have videos and photos of these supplies in the field arriving at the right place. 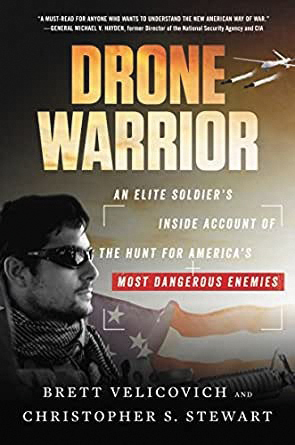 Fox Contributor and one of the world’s premier experts un unmanned aerial vehicles, Brett Velicovich’s perspective of drone operations and the rigorous and wrenching decisions behind them will fascinate you. Devour this inside account of the hunt for America’s most dangerous enemies on Amazon.com /$19.99.

Live Music At The Alida Every Week in March!