“I was a square peg in a round hole,” she said. “Once you have that lightbulb moment where you know what you really want to do, then you are willing to take all kinds of risks that maybe don’t make sense to anyone else. You know in your gut it’s the right thing.”

Events of the past few years have proven that the broadcast media landscape has never seemed more divided. What was once a monolithic nightly font of the day’s top stories has mutated into a ceaseless tumult of opinion, propaganda and bad-faith assumptions making it almost impossible to identify the real news from the “fake news.”

Spilling out from the airwaves into social media and the dinner table, this multi-tentacled monstrosity has ensnared people of all political stripes, carefully drawing them towards the outlets that share their own views and confirmed bias. As the host of “Fox News @ Night,” Shannon Bream has heard it all.

“I see people using [the term fake news] everywhere on the left and on the right and everywhere in-between. Social media has really changed the media landscape in the last ten years, but I always encourage kids coming up… you should be reading and watching as many different viewpoints as you can, as often as you can,” Bream said. “Things that you think you agree with. Things that you think you disagree with. If you do that, it’ll make you a more informed person and then you’re capable of defending your views better and understanding other viewpoints as well.”

This is a bold stance to take in a media world that thrives on the addictive rush of major headlines no matter what it takes. But then, Bream has always marched to her own drummer.

On the Outside Looking In

Bream has been what some would call a Renaissance woman, going from winning beauty pageants like Miss Virginia in 1990 and Miss Florida in 1994 to practicing corporate law before moving on and rising through the ranks of broadcast journalism.

Through it all, she feels she has remained on the outside looking in. In middle school, her family moved from Sanford, Florida, to the panhandle of the state to the college town of Tallahassee. Acclimating to a new city, with no friends to lean on, was a tough ask for any kid. But for Bream, it was the start of a lifelong role she would embrace and champion.

Bream graduated from North Florida Christian High School in 1988 and began taking undergraduate summer classes at nearby Florida State University a few weeks later. Quickly realizing that her faith was not going to be prioritized by others on such a large, secular campus—most notably professors skeptical of Christians and religion in general—she decided on a different route for college.

She enrolled at Liberty University in Lynchburg, Virginia, a private Christian institution with a much smaller community. Bream would eventually graduate in 1993 with a degree in business management, but more importantly, it was there where she would meet her future husband.

“FSU was a great school. It was just huge and overwhelming to me as a 17-year-old,” said Bream. “And Liberty, at that moment, felt like the right fit for me. It felt like the right direction and where I was being led. But I did return, and I graduated from FSU Law School.”

Bream, then Shannon DePuy, found a partner and a fellow believer in the baseball player Sheldon Bream. The two would eventually marry in 1995; their marriage still going strong today. It was a perfect match, despite one minor hurdle – she knew very little about baseball. Not only was her new boyfriend steeped in the game, but his brother Sid was playing for the Atlanta Braves.

Sid Bream played for the Braves in the early 1990’s and his winning run in Game Seven of the 1991 National League Championship Series lifted the Braves over the Pittsburgh Pirates and into the World Series. Bream’s slide at home plate just barely beat the throw from a young Pirate outfielder named Barry Bonds, and, 30 years later, “Sid’s Slide” still lives on in southern sports lore.

Needless to say, Bream had background research to catch up on concerning her boyfriend’s family.

“I just had no idea what a huge deal that was until I began dating him, but it wasn’t until I started to meet people and they would say things like, ‘Oh my gosh Sid Bream and The Slide and the NLCS’ that it finally dawned on me like, man, this was a gigantic moment for baseball!”

After graduating law school, Bream practiced corporate law in Tampa, Florida for several years before deciding to take a mammoth leap of faith in the form of a career change. She decided to leave her job as an attorney and begin pursuing her longtime passion of broadcast journalism. Despite the comfort and stability a law career provided her, it simply wasn’t making her happy. Once again, Bream found herself outside of the norm.

“I was a square peg in a round hole,” she said. “Once you have that lightbulb moment where you know what you really want to do, then you are willing to take all kinds of risks that maybe don’t make sense to anyone else. You know in your gut it’s the right thing.”

In 2000, she started at WFTS-TV, a local station in Tampa where she was making next-to-nothing in salary for “doing tons of grunt work.” Her hours were typically 2 a.m. to 11 a.m. and she loved every minute of the newsroom environment. She advanced, improved and moved to Charlotte, North Carolina in 2001 for a reporter position at WBTV. By 2005 she was in Washington, D.C. as an anchor for WRC-TV. By November 2007, she had officially joined the team at Fox News as the network’s leading correspondent for the United States Supreme Court. 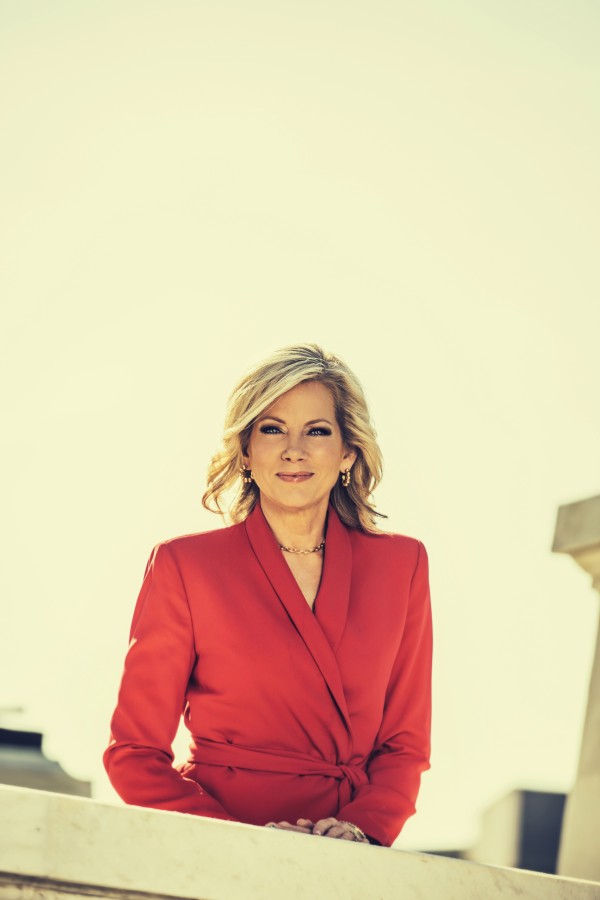 In early May 2021, Shannon Bream and her mother Marie Norris were guests at the Ronald Reagan Foundation & Institute for a conversation ahead of Mother’s Day. Bream laughed as her mom described the first time she saw her daughter. “My first impression of Shannon was she was thinking ‘I’m here now. I can take over.’”

Now, as the Anchor of “Fox News @ Night” and the Chief Legal Correspondent for The Fox News Channel, it appears that Bream has indeed taken over. Her news-only show, now airing at midnight Eastern time, features selected guests discussing the latest news out of Washington, and Bream rarely (if ever) gives her opinion. Instead, she interviews guests from all sides of the political spectrum. She asks questions and provides counterpoints for the viewer. 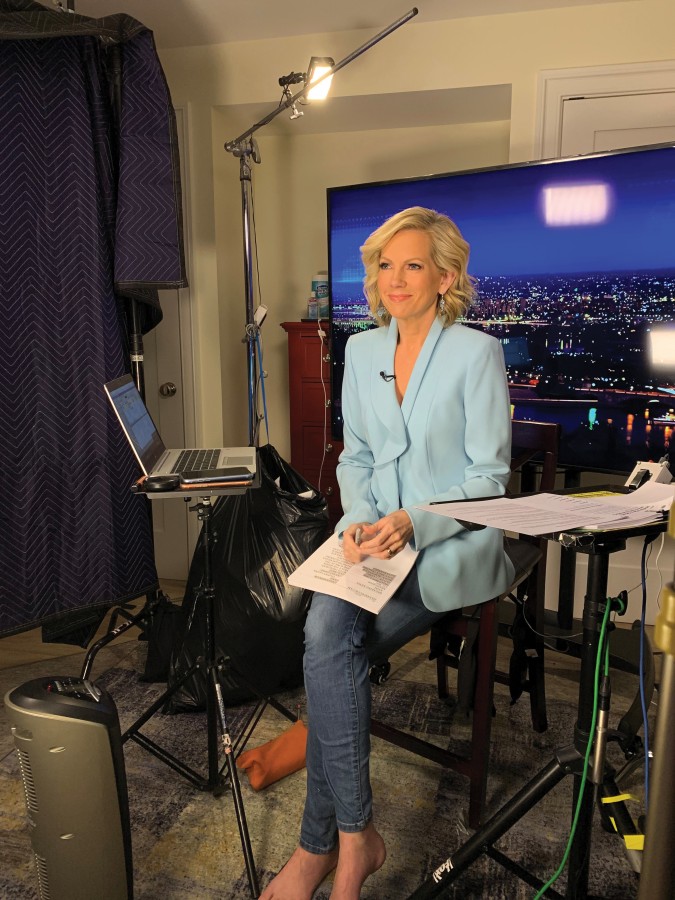 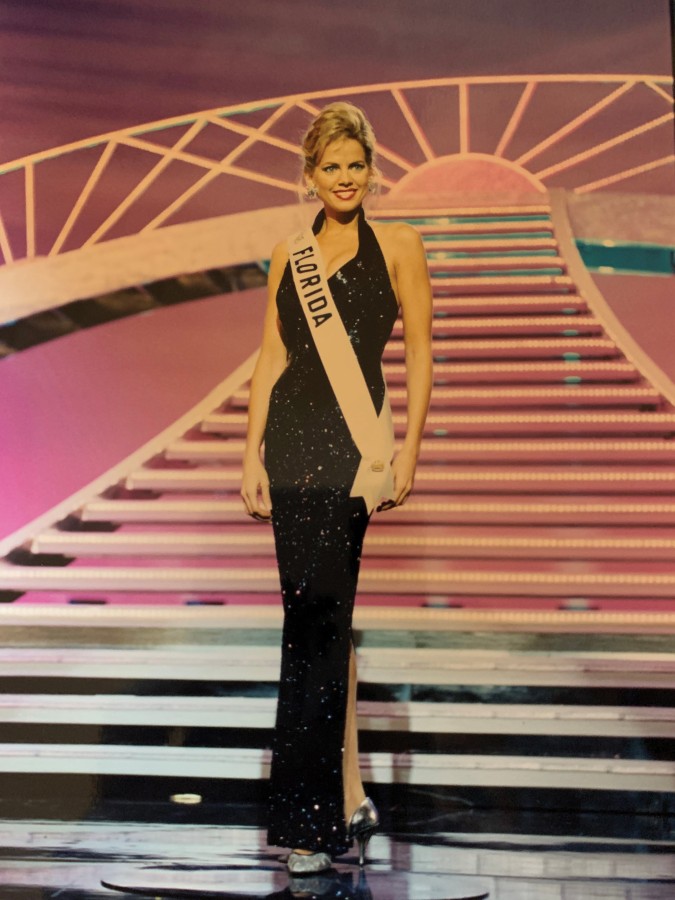 Bream competed in the Miss USA pageant and won the title of Miss Florida that helped her finance her journey law school. 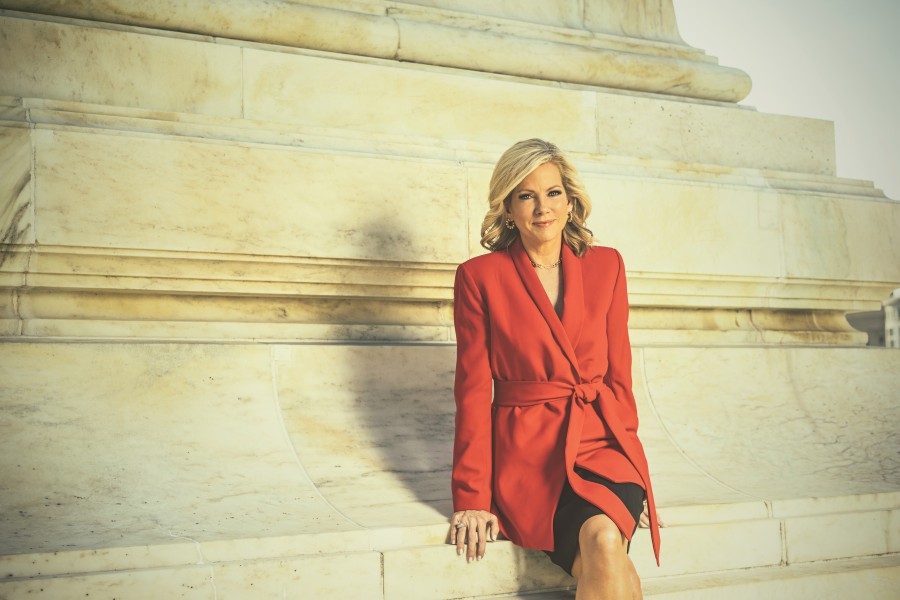 “I don’t know what God is going to lead me to do. As a Christian, I’m never going to say ‘no way’ to anything,” said Bream when asked if she would ever consider running for any type of political office. “I do get asked that a lot by a lot of different folks.”

1-ON-1 WITH SHANNON BREAM

Bream’s phone interview with South Magazine was conducted on Wednesday, May 5, 2021. The host of “FOX News @ Night” and native of Sanford, Florida talked about her role as an unbiased “middle-man” on a network known for its opinionated (and wildly popular) hosts, what she loves about the South and much more.

SOUTH MAGAZINE: What do you miss most about the South? What is special about this part of the country to you?

SHANNON BREAM: The people, and the food is a close second. But the people are everything. You know, when I go home, it takes me a day or two [to adjust] because [Washington] D.C. is very busy and fast-paced and there’s a lot of egocentric people here. But when I’m home, people will let you go first in Publix, or strangers will drive past and wave to you. It always takes me a minute like, ‘why are these people letting me into traffic and being so nice?’ It’s because in the South, if there’s catastrophes or mishaps or people in need, they are so good at rallying together in moments of crisis. I also miss the music, the history, and again… the food. I miss all of it.

SM: In 2013, you became the first woman to ever give Liberty University’s commencement address. This year, former University of Florida quarterback and professional athlete from Jacksonville, Florida Tim Tebow has been tabbed for the commencement honors. Any advice for him?

SB: Oh, my goodness, no! I cannot give any tips to Tebow. He’s a Gator, I’m a Seminole, so there’s only so much compatibility we’re gonna’ have. He’s a great fit for the school… a great person and a great speaker. My speech [in 2013] made me more nervous than anything. Something tells me Tebow won’t have those nerves, so he probably has that one up on me.

SM: You and fellow Fox News anchor Bill Hemmer played a role in the 2017 film, “Kingsman: The Golden Circle.” What was that like and are you surprised that you didn’t win awards for the cameo?

SB: Well, you know what’s funny about that is that myself and Bill Hemmer had no idea what the movie was going to be about beforehand. I’m watching the initial screening with my mouth wide open the whole time because you just have no idea what the plot is and how you would fit in. We tease each other about no Oscar nomination and we both still get these little [royalty] checks from the [SAG] union and we compare them… we’re still getting checks sometimes for like seven-dollars. My husband thought the whole thing was hilarious, of course.

SM: What do you think of the term “fake news?” Does that bother you as a journalist?

SB: It honestly doesn’t because I see people using it everywhere on the left and on the right and all in-between. Social media has really changed all of this in the last ten years but I always
encourage college students and kids coming up … you should be reading and watching as many different viewpoints as you can, as often as you can. Things that you think you agree with. Things that you think you disagree with. If you do that, it’ll make you a more informed person and then you’re capable of defending your views better and
understanding others better too.

SM: What was it like to write most of “The Women of the Bible” during the COVID-19 pandemic in 2020?

SB: Last year, to dig into their stories, especially during the stress of the pandemic and everything else… I learned so much more about these women than I ever thought I would know. It was such an encouragement to me, and it was a fun, rewarding project to research and write. It served as encouragement to me that God was working through all of that with them just as he is working through all this stuff in the world today. I found writing this book to be a source of inspiration and I hope the readers will, too.

More about Shannon at foxnews.com/person/b/shannon-bream