The Making of Savannah’s Most Prestigious Hotel District 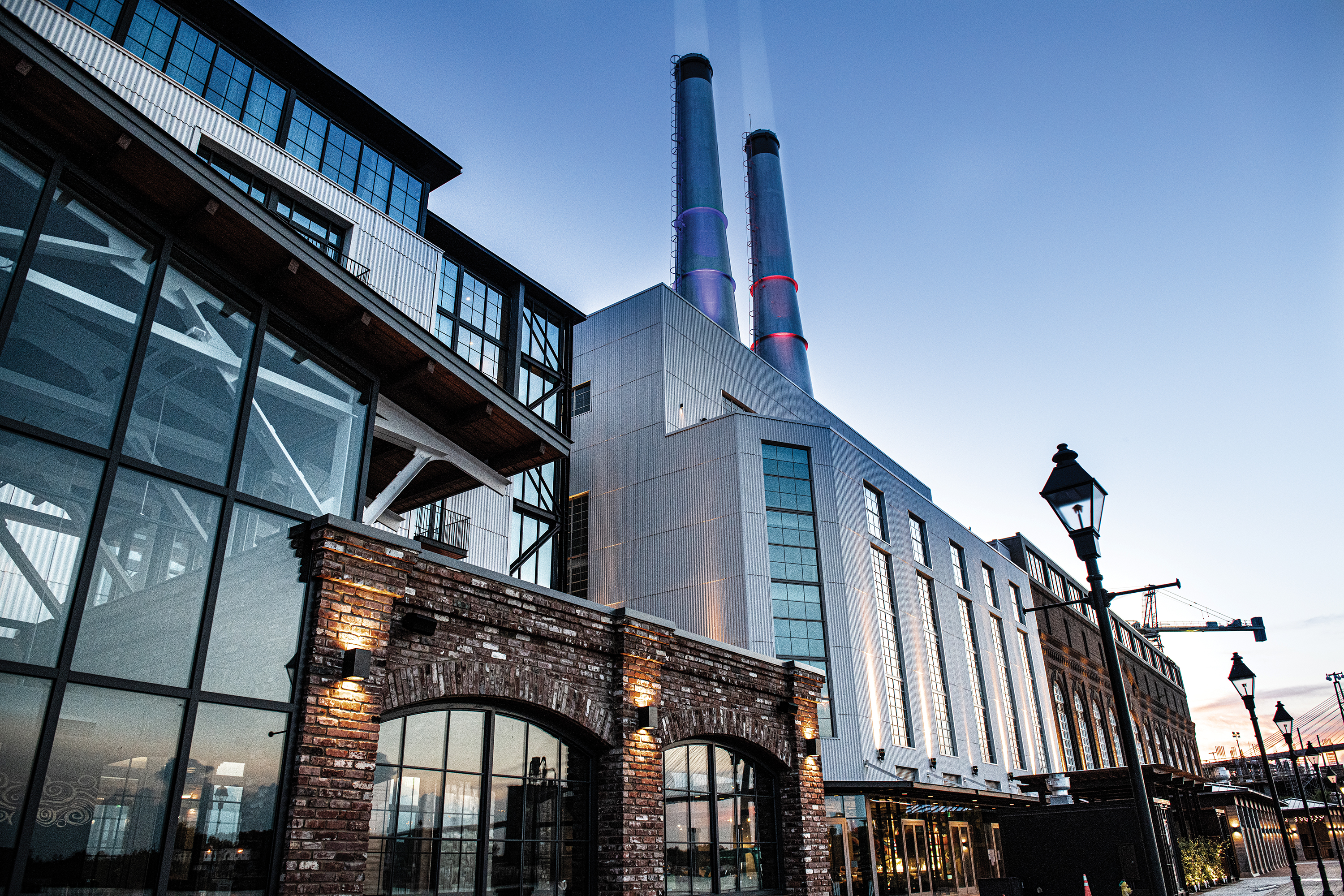 The Kessler Collection acquired the old Riverside Power Plant in 2012 and broke ground in late 2016. By the end, the project exceeded its initial budget by nearly $100 million.

After more than eight years of intensive planning, inspired creation, occasional setbacks and one highly inconvenient global pandemic, plant riverside district has finally opened its doors. We spoke with a few of the people behind the scenes to find out what it was like turning an eyesore into an icon.

ichard Kessler is certainly no stranger to the complexities of building a major development. Whether it’s the luxurious hotels in his Kessler Collection or the multitude of commercial developments he’s spearheaded, every project came with its own set of complexities.

But nothing in his lengthy career compares to the magnitude of what he’s built at Plant Riverside District.

“I could have built 20 hotels easier than I built this,” he said. “But after 50 years in the business, building all over the country, I’m getting nearer the end of my development career and I wanted to do something special for Savannah. I love the city, and I think it has a great future.”

Far more than just a hotel, Plant Riverside District is an entire city unto itself, with about a dozen food and beverage operations scattered across five independent buildings and around thirteen smaller buildings. And to make things even more complicated, at the heart of this new district is a power plant built in 1912 at the edge of a river surrounded by roads that were built to handle horse-drawn carriages, not heavy construction equipment

Bill Sewall of AECOM was hired in 2015 for pre-construction services, “steering the bus” and keeping design and budgets on track while hiring sub-contractors.

“There were so many unique aspects of this project – you encounter things that take you an entire career to run across,” he said. “The people involved definitely got a resume enhancing experience.”

Part of that experience comes from the juggling act of preserving a historical structure while at the same time, impossibly, altering it tremendously. Structural rehabilitation and modifications to get the building up to code were often happening at the same time as expansions which modified the building’s interior frame to add multiple floors and rooms.

“Infinitely harder kind of understates it,” said Sewall. “It certainly would be easier to do a new structure… Financial tax credits to rehabilitate the existing structure made it worthwhile. The Savannah historic review board had extensive say so.”

Dillon Hayslip and Adam Codd of MR Drywall worked extensively throughout the project. Since they primarily work on new construction, the challenge of going into something as historic as the old power plant was enticing. And there were plenty of challenges.

“Getting anything into there was a challenge,” said Codd. “You have the historic district on one side and the river on the other. In two years, we fought the logistics of everything, we fought the river, three hurricanes…. All of that combined, it was definitely challenging. There were a lot of unknowns.”