Most doctors are not businessmen, and honestly, they need to be concentrating on taking care of their patients rather than looking at P&L’s. Dr. Schulze recognized that from the start of launching his practice. His passion has always been offering quality care to his patients, so the challenge was to keep a thriving business and offer optimal healthcare. 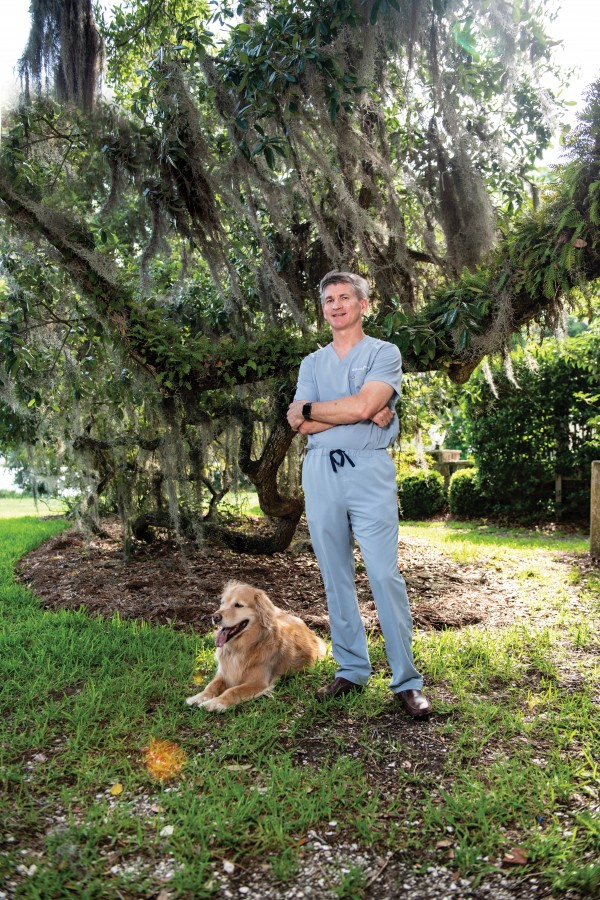 “I view medicine as a calling. Although a medical practice is a small business, and many physicians are in fact quite entrepreneurial, my practice philosophy is to put the well-being of my patients ahead of my financial well-being. If you treat your patients the way you or your family would want to be treated, the business side of things usually works out in the end.”

While Dr. Richard Schulze, Jr. originally thought his calling was English literature, he came to realize he could not outrun his DNA. He became the fourth generation in his family to join the medical profession, after his father, his uncle, his grandfather, and his great grandfather. Dr. Schulze, Jr. tells it best:

By the time we returned to the United States, my father’s training and expertise were truly world-class, giving him the luxury of choosing any place in the world to practice. He knew he wanted to be both in the South and near the water, so he chose Savannah.

In addition to his clinical acumen, my father was forward thinking in his embrace of new technologies in cataract surgery, and to my knowledge, was the first surgeon in Georgia to use phacoemulsification to remove cataracts through small incisions without stitches, and also the first in Georgia to use intraocular lenses to rehabilitate vision for cataract patients.

His practice grew tremendously, he had the fortuitous combination of being the right man with the right set of skills in the right place at the right time.

So why did I go into medicine? The simple answer to the question is that I wanted to emulate my father. My dad was the happiest person I knew, and naturally I wanted to pursue a career that would lead to the same kind of success that he enjoyed.

Once I got to Princeton, I was determined from the beginning to go into medicine; but it seemed a shame to narrow my focus to the sciences when there was so much other things to learn from the humanities. If I became a doctor, I reasoned, I’d be studying science for the rest of my life. Thus, I decided early on to be an English major, but planned all elective courses as science courses to satisfy all of the pre-med requirements.

In my senior year, after I was accepted into medical school at the University of Virginia, I decided to take a chance and apply to the University of Oxford in England. To my great surprise, I was accepted. Thus began one of the happiest periods of my life — from 1984 to 1986 — a two-year interlude of serious study combined with serious fun, surrounded by an international group of brilliant students.

After Oxford, my recollections of medical school life in Virginia are something of a blur. Needless to say, going from an idyllic life of (relative) leisure, to the hard-paced, fatiguing grind of medical school was quite a shock, and I was deservedly humbled. The years of medical school, internship, residency, and fellowship flew by. At long last I returned home to join my father in his practice.

The two of us had recognized that the niche field of ophthalmology required increasing efficiencies to remain competitive. So, we immediately began to plan the construction of an ambulatory surgery center to perform all of our surgery in our own facility without having to go to a hospital. The Schulze Surgery Center was constructed adjacent to our practice, the Schulze Eye Center, in 1996, and our first surgeries were performed in 1997.

Looking over my family’s history — from my great grandfather practicing as a country doctor with true fee for service medicine, to my grandfather’s practice during the advent of company-sponsored health insurance in World War II, to my father’s practice during the golden years of Medicare —the future of a solo practice like mine is not necessarily clear. But I remain optimistic that there will always be a place for quality.

I foresee the era of the solo physician as a rugged individualist, and the surgeon as a hero, will rapidly be replaced by corporate medicine controlled by government decree. While I live a very comfortable life, with a beautiful family, my earning potential is nowhere near what it was in my father’s era.

I am grateful for the legacy of my forefathers in medicine. I can only imagine what my great grandfather Stackhouse would say if he were alive today; but I would hope that he would be proud of what subsequent generations have accomplished in the field of medicine. ν For more information on Dr. Schulze, JR. and  Schulze Eye & Surgery Center, go to schulze-eye.com.

If you could change history

I wouldn’t change a thing. I consider myself incredibly fortunate to be able to do what I do.

The highlight of my career was working with my father to build our surgery center. This allows us to perform surgery to the highest standards without being beholden to any of the hospitals or corporate entities currently driving the business of medicine.

By far the biggest challenge I have faced during my career was managing the practice during the COVID-19 pandemic. No one was fired, no one was furloughed; everyone was kept on at full salary. I figured that I owed it to my staff at the very least to do the best I could to maintain their financial security while we all dealt with the fear and uncertainty caused by the pandemic.

Motto to live by

Treat each patient as if he or she were a family member. 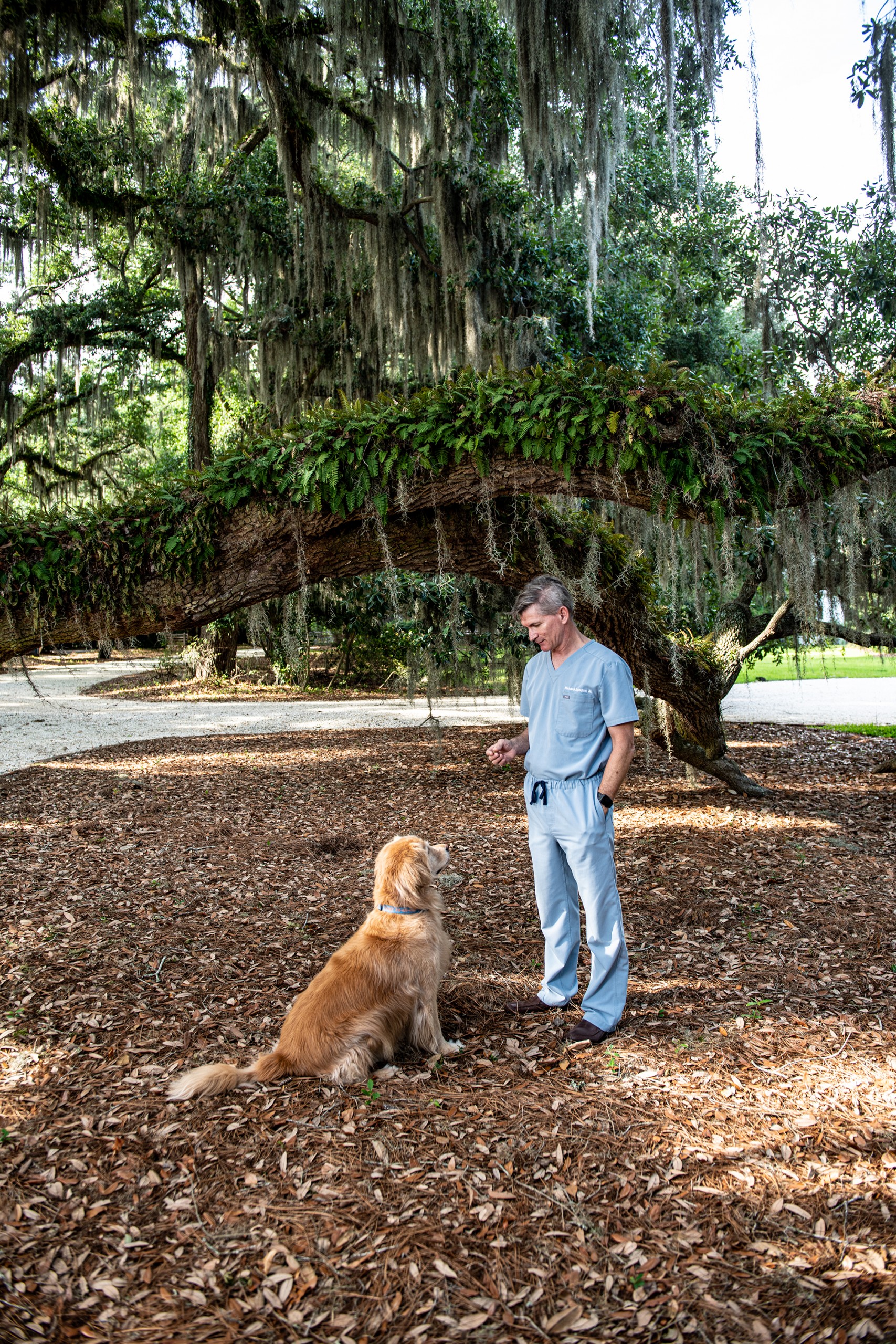 Surviving the Test of Time: Jere’s Antiques ~ 45 Years in Business

Surviving the Test of Time: Whelan Chiropractic ~ 23 Years in Practice

Surviving the Test of Time: Celia Dunn ~ 40 Years in Business