Literary dining in Charleston, S.C., N.C. and Fla., and South's pick for the most exciting new dining establishment coming to Savannah, Ga., in Spring 2022! 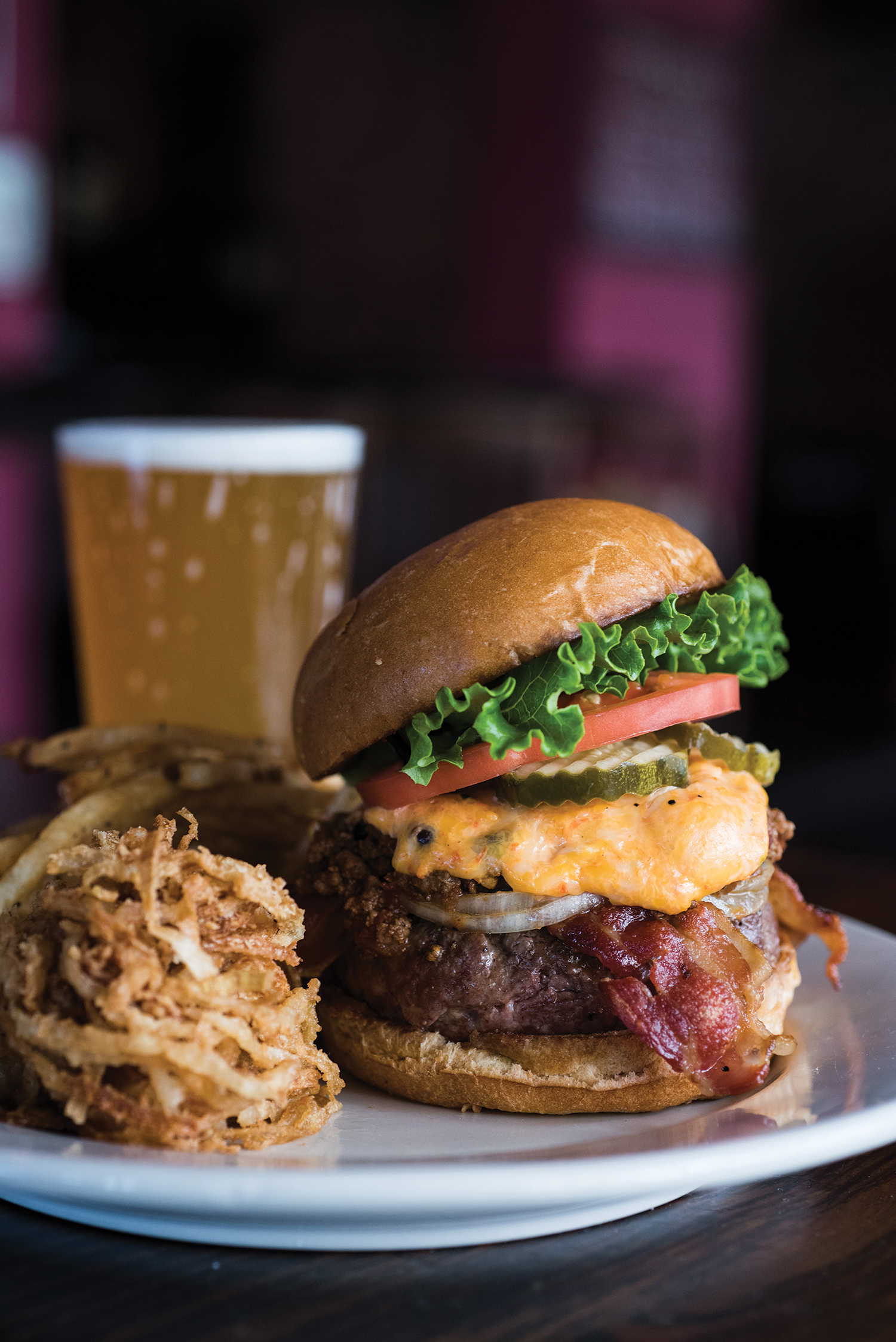 Literary dining in Charleston, S.C., N.C. and Fla., and South’s pick for the most exciting new dining establishment coming to Savannah, Ga., in Spring 2022!

This quintessential beach tavern that offers creatively named foodstuffs after Edgar Allan Poe’s famous works (such as the Black Cat and the Tell-Tale Heart), is coming soon to downtown Savannah, Georgia!

Just two blocks from the beach on Sullivan’s Island, S.C., you’ll find Poe’s Tavern, nestled in a beautiful early 1900s-style former home. This unique gastropub offers an eclectic selection of local craft beer and a menu full of fish tacos, salads, and gourmet burgers which include toppings of southern cuisine such as crab cakes, shrimp, and pimiento cheese — to name just a few.

Poe’s Tavern pays homage to the literary giant Edgar Allan Poe who was stationed on Sullivan’s Island in 1827 during his time in the army. Diners can enjoy walls filled with vintage posters, antique photos of Poe, original artwork, and even streamed readings from Poe’s most famous literary pieces.

“This is a very cozy venue; we have a fireplace surrounded by couches in the winter and an indoor/outdoor bar with large open windows in the warmer months,” said Tiana Bedell, Director of Marketing for Poe’s Tavern. “We offer both indoor and outdoor seating, and of course it goes without saying the food is incredible.”

Gearing up to celebrate the 20th anniversary of Poe’s flagship location on Sullivan’s Island include plans to open their fourth location this spring in an old fire station in Savannah, GA. Other locations include Wrightsville Beach, N.C., and Atlantic Beach, Fla., each with their own unique charm and eccentricities.

Due to Savannah’s artistic and literary bent, it’s an ideal locale for a gastropub inspired by Edgar Allan Poe. “While Savannah and Charleston are certainly distinct in their own rights, they do share commonalities in terms of history, culture, and aesthetics,” said Managing Partner, Riddick Lynch. “Not only are we optimistic about the market at large, we love our location’s proximity to the neighboring Plant Riverside District. We are confident Edgar Allan Poe would’ve felt right at home here draining a few glasses of ale.”

Welcome to Savannah, Poe’s Tavern! Stay tuned for the opening of this incredible literary dining establishment.