So Far, So Funny

A personal conversation with “Claws” star Jenn Lyon, whose message on health and career really packs a punch (line). The world loved the six sensational seasons of “justified”, but now “Claws” has scratched its way to the top of what’s hot, With the fourth and final season about to drop. 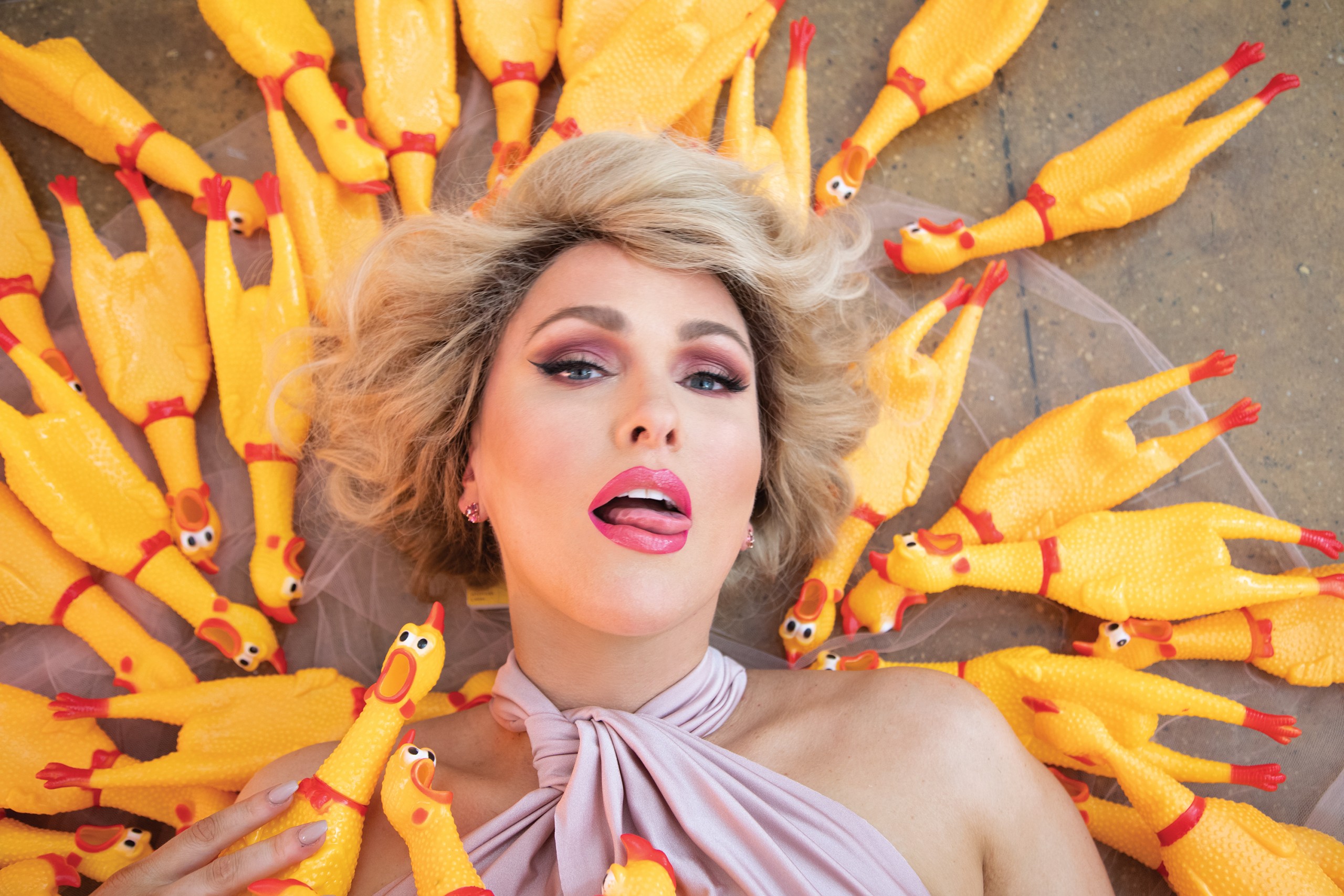 A personal conversation with “Claws” star Jenn Lyon, whose message on health and career really packs a punch (line). The world loved the six sensational seasons of “justified”, but now “Claws” has scratched its way to the top of what’s hot, With the fourth and final season about to drop.

Jenn Lyon is an award-winning actress currently starring in the final season of “CLAWS”, opposite Niecy Nash. Lyon boasts an impressive filmography along with a host of other achievements, not the least of which is her philanthropy work. She is an outspoken proponent of women’s reproductive rights, an advocate for mental health accessibility (especially to those in disadvantaged communities), and relentless champion for those living with eating disorders. But most importantly, as Lyon herself nearly died from disordered eating (anorexia and bulimia), she is using her voice and experience to send a message of body positivity and hope.

Lyon grew up in The Blue Ridge Mountains of North Carolina, the daughter of a Methodist Minister. She struggled for many years with body image, her relationship to food, and an eating disorder that could have ended her life. Following graduation from The University of North Carolina School of the Arts, she moved to New York City. It was there that she entered the Renfrew Center in New York to begin a life-long process of recovery amidst a growing acting career.

According to the National Eating Disorders Association (NEDA), an association championed by Lyon, 20 million women and 10 million men will struggle with an eating disorder in their lifetime. Such disturbances of “normal functioning of the mind or body” as they are deemed medically, are often stigmatized — as are many mental and physical illnesses — and Lyon, whose salty sense of humor is still embarrassing her parents and delighting fans nationwide, is a mighty advocate for those struggling.

Whenever she can, Lyon gives advice on where to start and shares her own experiences to break down the social mores that prevent life-saving conversations about a wide-spread problem. “CLAWS” may be reaching its final season and end, but we have much more to hear from Jenn Lyon — actor, advocate, southerner, survivor. Join the conversation and continue to South’s Q&A with Lyon. 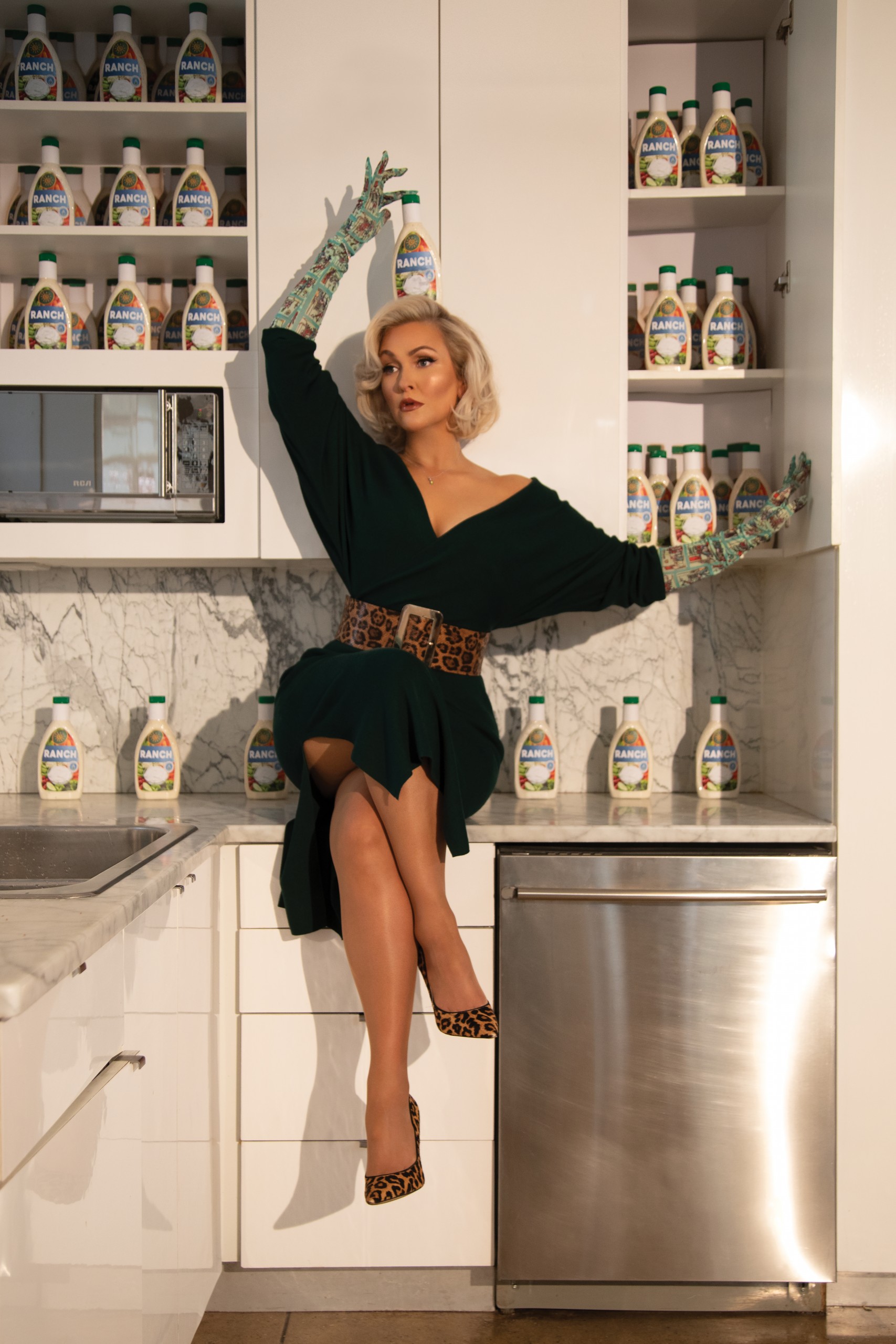 Q: You’ve very open (and disarmingly hilarious) about where the struggle started for you growing up in North Carolina. Can you walk readers through a short tour of dealing with it young, when it became a threat, and what turned you toward healing?

A: Growing up, I didn’t know one woman who wasn’t always on a diet, always dissatisfied with their bodies. It was just accepted and a way of life. I was a big girl and trying not to be so big and hungry, feeling uncomfortable in my skin, the word “pool party” striking more fear into my heart than any haunted house. The first time I lost a lot of weight, I was 15 and lost about 80 lbs., and the whole world opened up. Starving seemed a small price to pay for finally belonging. I became afraid of — and obsessed with — food and was diagnosed anorexic. But because restriction is not sustainable, I would gain and lose the same 80 lbs., over and over with all the attendant shame. In my late twenties I got as small as possible again and kept it up for about seven to eight years, but I also became bulimic.

I wish what turned me towards going to eating disorder rehab was some lightning strike of personal fortitude, but it was years of therapy, denial, and failing to do it on my own. Plus, we reward women for aspirational “beauty” which always equates to thinness so I couldn’t see a world where gaining weight and learning to listen to my body would be acceptable.

Q: Let’s connect the dots between eating issues and the emotional and mental health cause-and-effect.

A: The way we feed ourselves says everything about how we feel about ourselves. Geneen Roth in “Women, Food and God” says it better than I ever could. “When you believe without knowing you believe that you are damaged at your core, you also believe that you need to hide that damage for anyone to love you. You walk around ashamed of being yourself. You try hard to make up for the way you look, walk, feel. Decisions are agonizing because if you, the person who makes the decision, is damaged, then how can you trust what you decide? You doubt your own impulses, so you become masterful at looking outside yourself for comfort. You become an expert at finding experts and programs, at striving and trying hard and then harder to change yourself, but this process only reaffirms what you already believe about yourself — that your needs and choices cannot be trusted and left to your own devices you are out of control.”

Q: We often hear about being funny as a coping mechanism. How do you keep from “hiding behind the laughter” and stick to “laughter as the best medicine”?

A: Comedy is a pocket of air that we can breathe into when we are drowning. Life is absurdly painful, but the absurd part is right there too. Inevitably, someone will fart at a funeral, and then you get inconsolable sadness along with uncontrollable laughter? What’s better than that?

Q: Speaking up has become a siren call for you – you mention that learning to use your voice has saved your life. In what way, and how can we get better at doing the same?

A: It’s really scary to share how you feel. It always felt to me that I might lose someone’s love if I did. But when you don’t speak up, you’re choosing to go to war with yourself instead and for me that’s a straight line to my eating disorder. So, I try to get really simple with it, I say to myself, “Will this action take me a step toward or a step away from who I want to be” and that helps me decipher and be brave.

Q: On speaking up versus speaking to – what do you want to tell the person reading this, or in the room with you who hears your story and says, “that’s me”?

A: I want to say that your life and self is not some fixed point. There is no arrival. You’re always becoming. Let’s try and take deep breaths and be patient and curious about these feelings and the stories they are connected to. The judgment hasn’t worked, sweetheart. Let’s be a kind witness and see what happens. 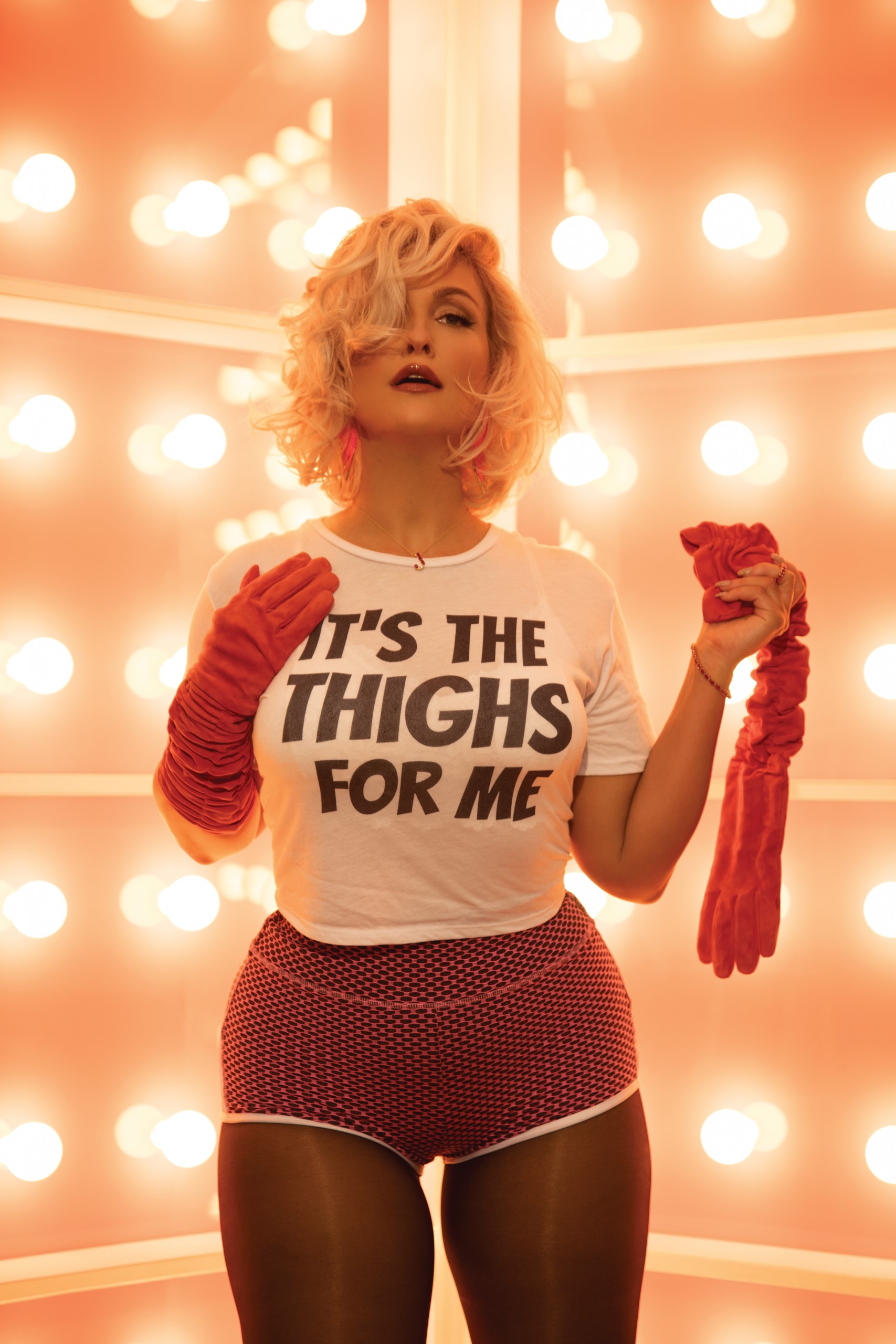 Q: Tips – and we don’t mean the on-set manicures – for those facing challenges of body positivity or other mental health complexities? Anything from where to start / where to go for the big steps (like rehab and personal support) to how to adjust your perspective day to day (surviving diet crazes, flirting with fashion, etc.).

A: NEDA (National Eating Disorders Association) is a one stop shop if you or anyone you know is struggling with disordered eating. Read Geneen Roth. Follow @thenutritiontea on IG; she is a brilliant Brooklyn-based dietician who teaches intuitive eating and health at any size and smashes all that keto/slim shakes/restriction/cheat day BS.