For 20 years, Robert Morris has served as Chief Communications Officer for the Port of Savannah, drawing inspiration from the ships he sees every day for his paintings. Now, he heads out to the unknown waters of his next artistic chapter. 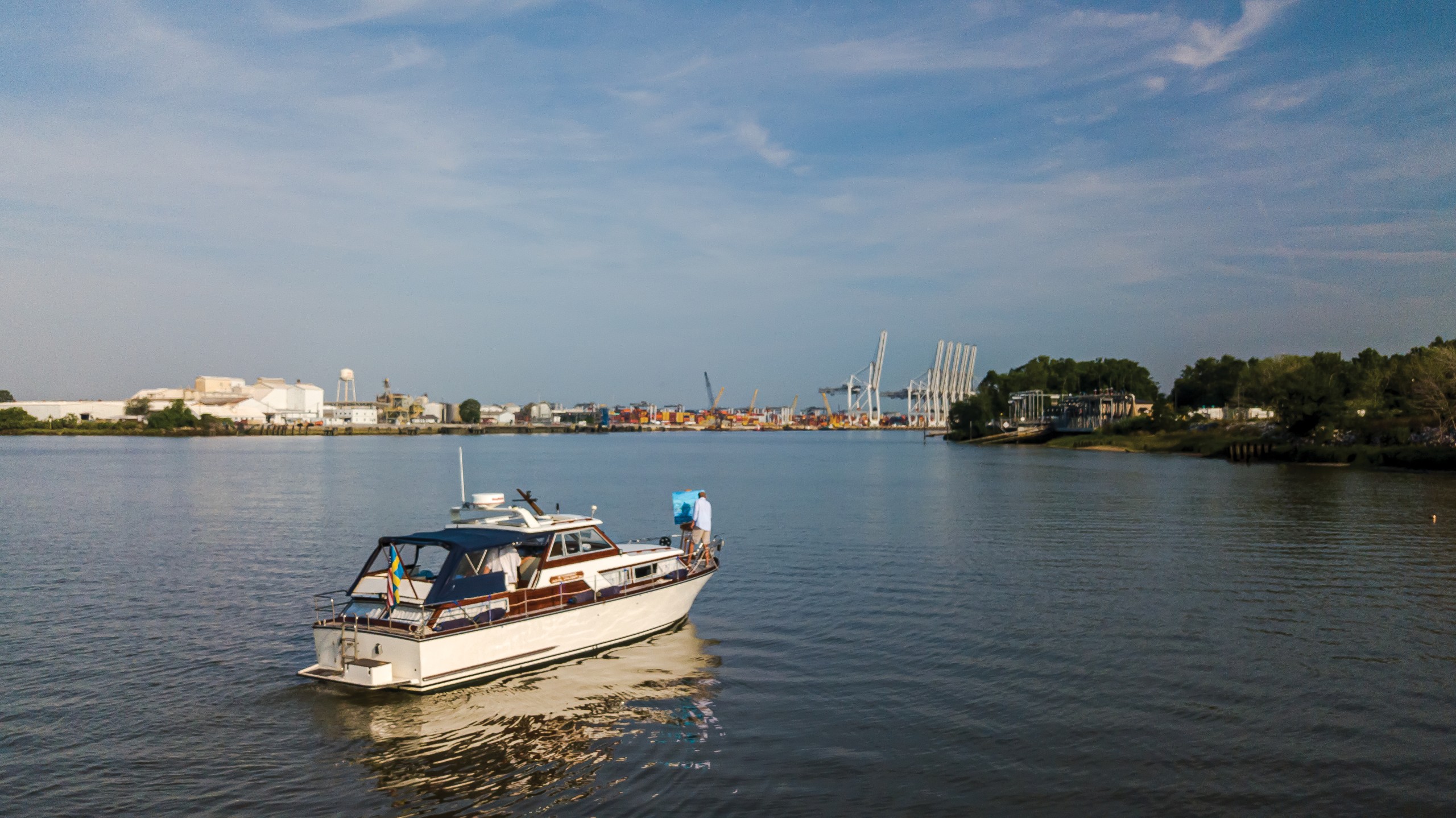 Photos: Michael Hrizuk and Danèlle LeJeune. Robert Morris has taken to painting on board Grace, his 1981 Storebro Royal Cruiser.

For 20 years, Robert Morris has served as Chief Communications Officer for the Port of Savannah, drawing inspiration from the ships he sees every day for his paintings. Now, he heads out to the unknown waters of his next artistic chapter.

When Robert Morris began his career with the Georgia Ports Authority, Savannah’s port was something of an also-ran, ranking 11th in terms of sheer traffic. Now, 20 years later, the port he has called his office is one of the busiest in the country. 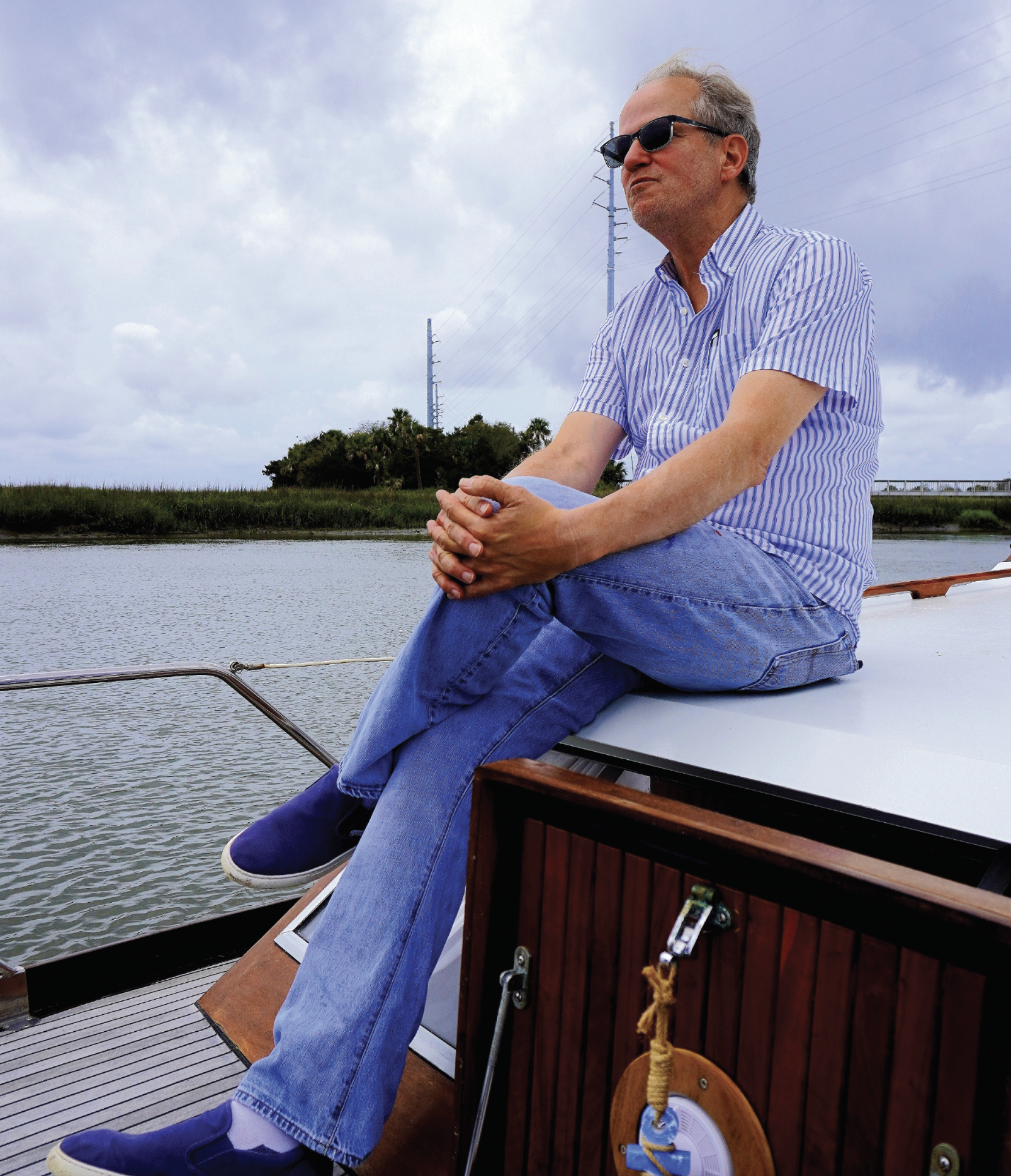 “After 20 years, I can look at that and say, ‘job done, check the box, move onto the next thing,’” he said. The next thing isn’t so much anything new, but a full dedication to something that was already there.

Even before he started with the port, Morris was a talented artist, having double majored in art and English at Tulane. While he grew his career on the sea, he also built his reputation for gorgeous art inspired by the big ships that ply the Savannah River. Showcased at gallery exhibitions through the South and up and down the coast, these works reflect an abiding love for the water.

“I see my role as taking the world of the sea and the ocean, and bringing that closer to home, helping it make more sense to people who spend most of their lives on land,” he said. That has served as an apt description for both his art and his work at the port.

But now, with retirement from the port looming, Morris is preparing to leave the safe harbor of a desk job.

“When you’re out on the water, anchored out at sea overnight and it’s just you, the stars and the sea life, it’s a completely different world than sitting in an office at a port,” he said. “There’s this piece I did that I call ‘Outward Bound.’ That’s the term for ships leaving port. That’s kind of the way I see my life now – outward bound. Moving out from the port to the sea.”

He’s being quite literal, in this case. For his outward bound journey, he has taken to painting on board a 1981 Storebro Royal Cruiser he has christened Grace.

“It has this incredible feeling of Jacques Cousteau meets Monet’s floating studio. It has that old world feel to it,” he said. “It’s a great way to create within nature, being on the water. That’s the best way I can describe it.”

This shift has already had an impact on his work, with the massive container ships moving further and further into the background, letting the majesty of sun, sea and wind take center stage.

“The natural world is more prevalent and in the foreground,” he said of his recent works. “The Outward Bound painting is really about studying what moves an ocean.”

You can see the amazing works of an artist enjoying his first trip out of port when the Ships of the Sea Museum unveils a special Robert Morris Exhibit in January of 2023. 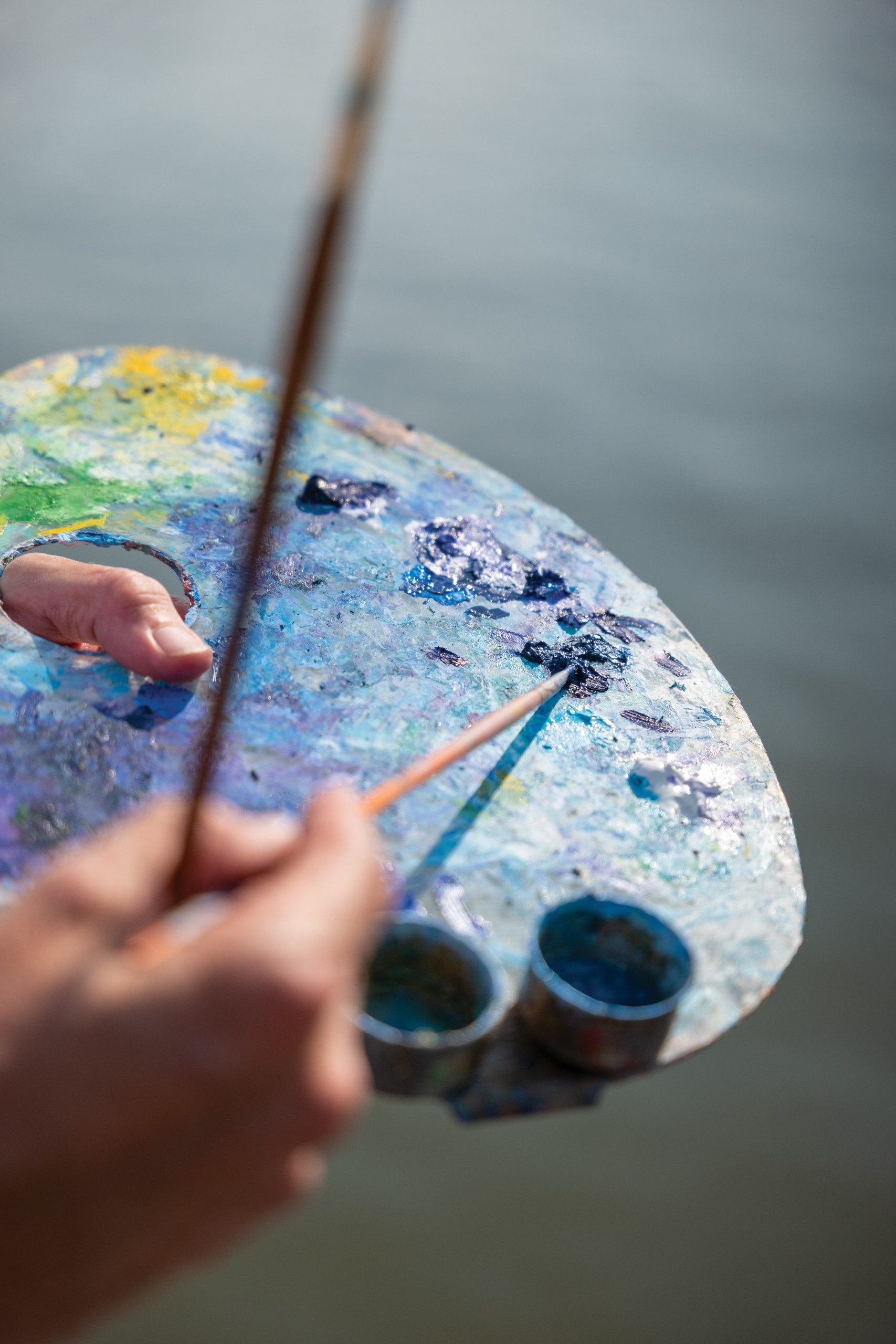