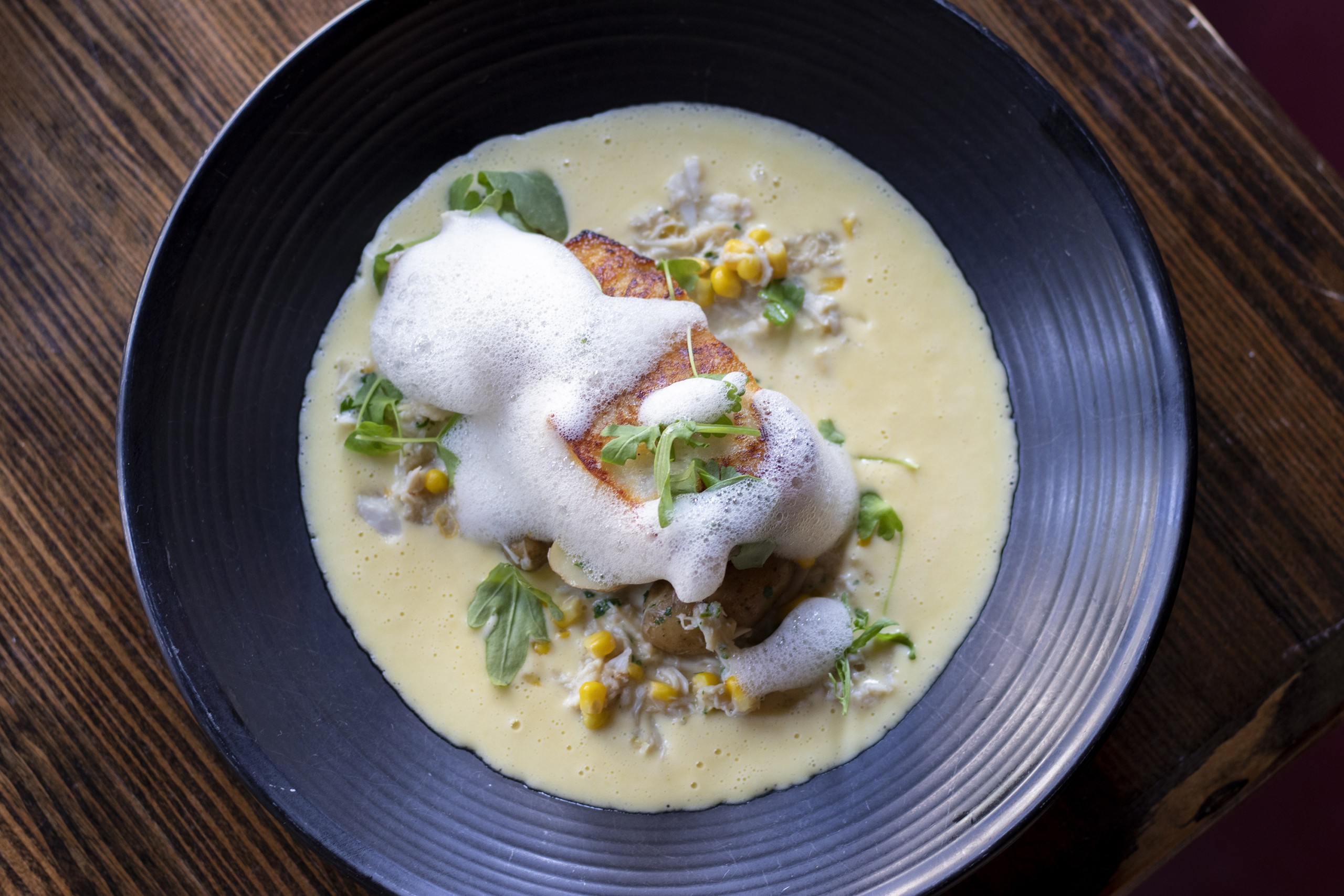 This is a spring and summer dish that we do a rendition of every year. It’s one of my favorites because it blends a little bit of my cooking background in New England with the great local ingredients of the southeast. We make a corn chowder with a lot of seasonal elements as they become available. The base is always a buttery sweet corn puree. We add in some local vegetables, whether that’s escarole from Billy’s Botanicals, locally foraged chanterelles, or my favorite – small new potatoes in the spring. We always serve it with a smoked pork element, usually bacon but sometimes ham. There is always a shellfish component. Right now it’s crab from North Carolina, but it’s very good with mussels or clams as well. Lastly, the main component is some variety of local, pan seared fish. We have done everything from grouper to flounder and lots of different varieties in between.

Chef Greg Garrison graduated from the Culinary Institute of America in Hyde Park, N.Y., and has spent time in some of the country’s most celebrated restaurants, working with Chefs Wylie Dufresne, Grant Achatz, and Ken Oringer. Before trading in big city life for the coastal vibes of Charleston, S.C., Garrison was the sous chef at Boston’s acclaimed L’Espalier. Garrison traveled to the Lowcountry to join the team at Prohibition in Charleston in 2015, before opening Prohibition in Savannah two years later. Fast forward three years and the team relaunched Prohibition in Savannah as Repeal 33. When he’s not traveling between the two restaurants, Garrison enjoys bowhunting for whitetail deer, and trout fishing with his wife Jenna. • 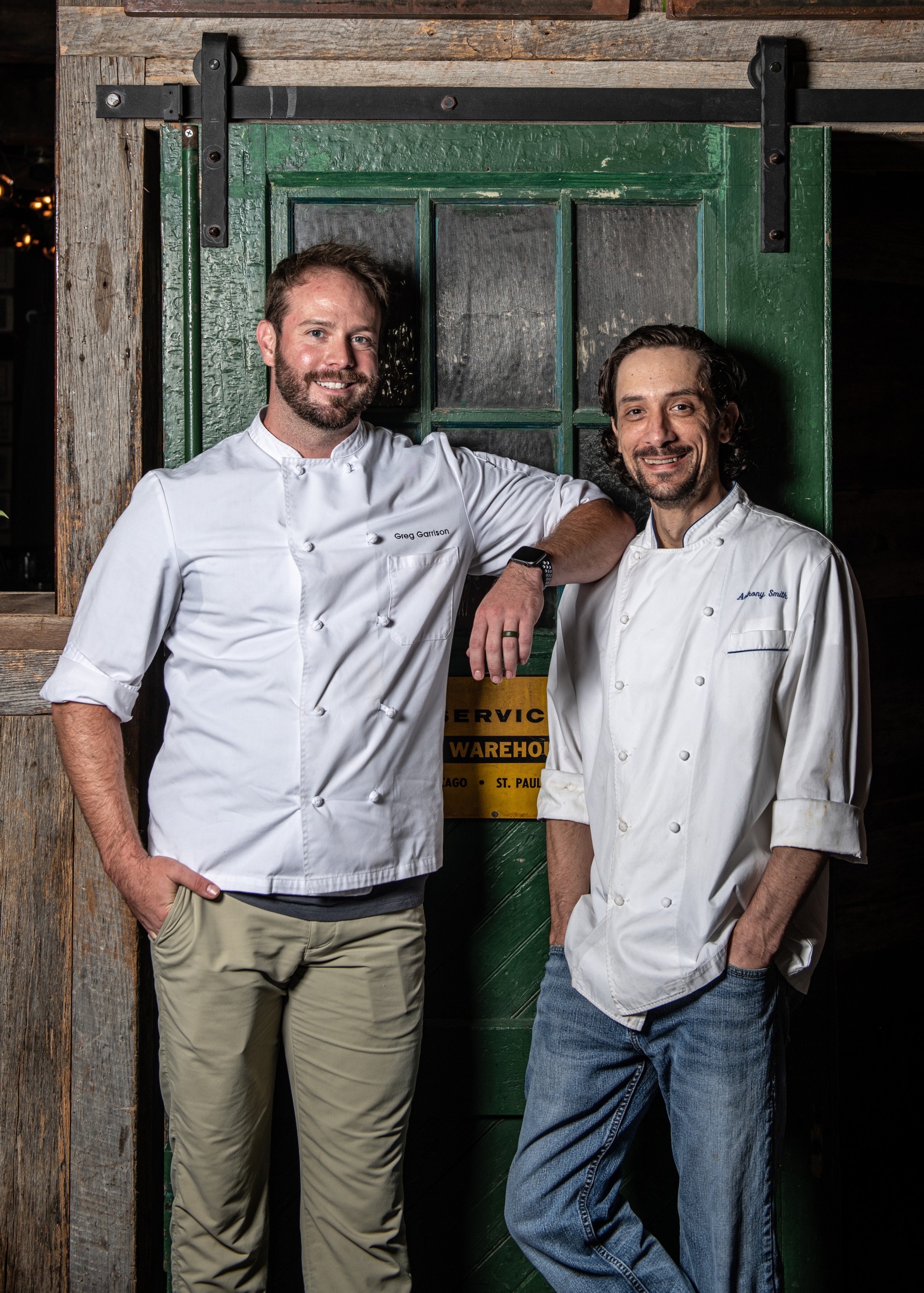 “…so I walk into a restaurant trying to sell the guy advertising, and he started asking me all these questions. I ended up three days later coming in and putting on an apron.”