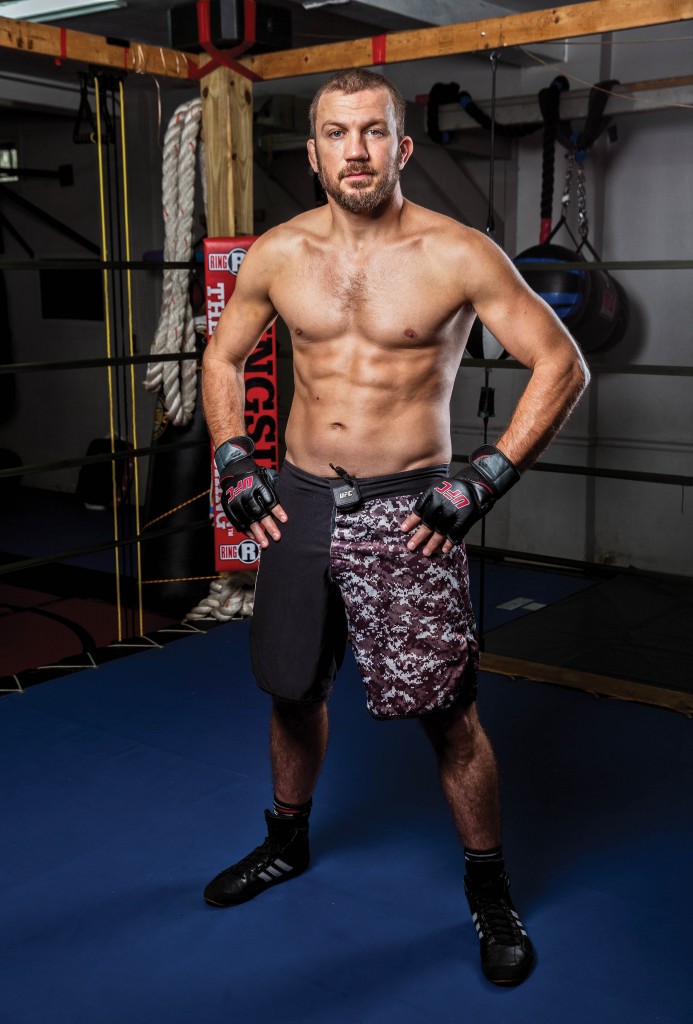 Savannah-based MMA fighter and reality tv show star Stephen Bass makes himself at home in the fastest growing sport in the world Spike TV’s The Ultimate Fighter (TUF) television series has been cultivating MMA fighters that are groomed to be fierce competitors held to rigorous standards.

TUF Season 14 welcomed Savannahian featherweight MMA professional Stephen “Big Fish” Bass to battle for the ultimate win. Now out of the TUF house, Bass is back home in Savannah to train, gain mental strength and develop perspective on his future as a professional MMA fighter.

South magazine: How did you get into the sport?

Stephen Bass: I had been working in construction for about 10 years and was miserable. About seven years ago, the guys I worked with always said I had so much extra energy and maybe I should go to a gym or start boxing. I began working with a trainer who got me started in MMA.

SM: It’s been said that MMA fighters train year-round. What type of training do you do and how often?

SM: Where do you train?

SM: Explain the balance of physical and mental as it pertains to a fighter’s strategy.

SB: With MMA fighting, your mental strategy and your physical prowess must be one focus. You’ve got to own that focus, own that ability. It’s more like a game of chess. Your mind must be ready to adapt and make the necessary adjustments to outmaneuver your opponent. Your skills must be diverse and many, so you learn … learn to read and react.

SM: You had a lopsided match against Dennis Bermudez that aired on TUF episodes 3-4.

SB: So you heard about that, huh?

SB: Yeah, that … that was a tough one. It was pretty, well, not a good night for me.

SM: What were your feelings once the gate of the octagon closed?

SB: I was feeling pretty good at first. I deflected some punches. I threw some [punches]. We were grappling at one point; I was able to break and get out of a few holds, and I felt good. But then … I could feel my energy just going. I pretty much didn’t have any energy after a while.

SM: At what point did you know the fight was over?

SB: He [Bermudez] pressed me up against the cage and I could feel the lactic acid building up in my muscles; my legs were getting pretty weak and went to jelly … I could tell he didn’t feel the way I felt, and I knew then I was in trouble. He was overpowering me, my holds, and he executed his strategy … and I got up a few times but then I couldn’t just get up as I was being commanded. The rest, as they say, is history.

More information about training with Stephen Bass at savannahcombatclub.com