Digging into his views on what our nation needs from its leadership, South magazine leans into the issues and asks the Republican candidate for Georgia Senate to lean into the mic. 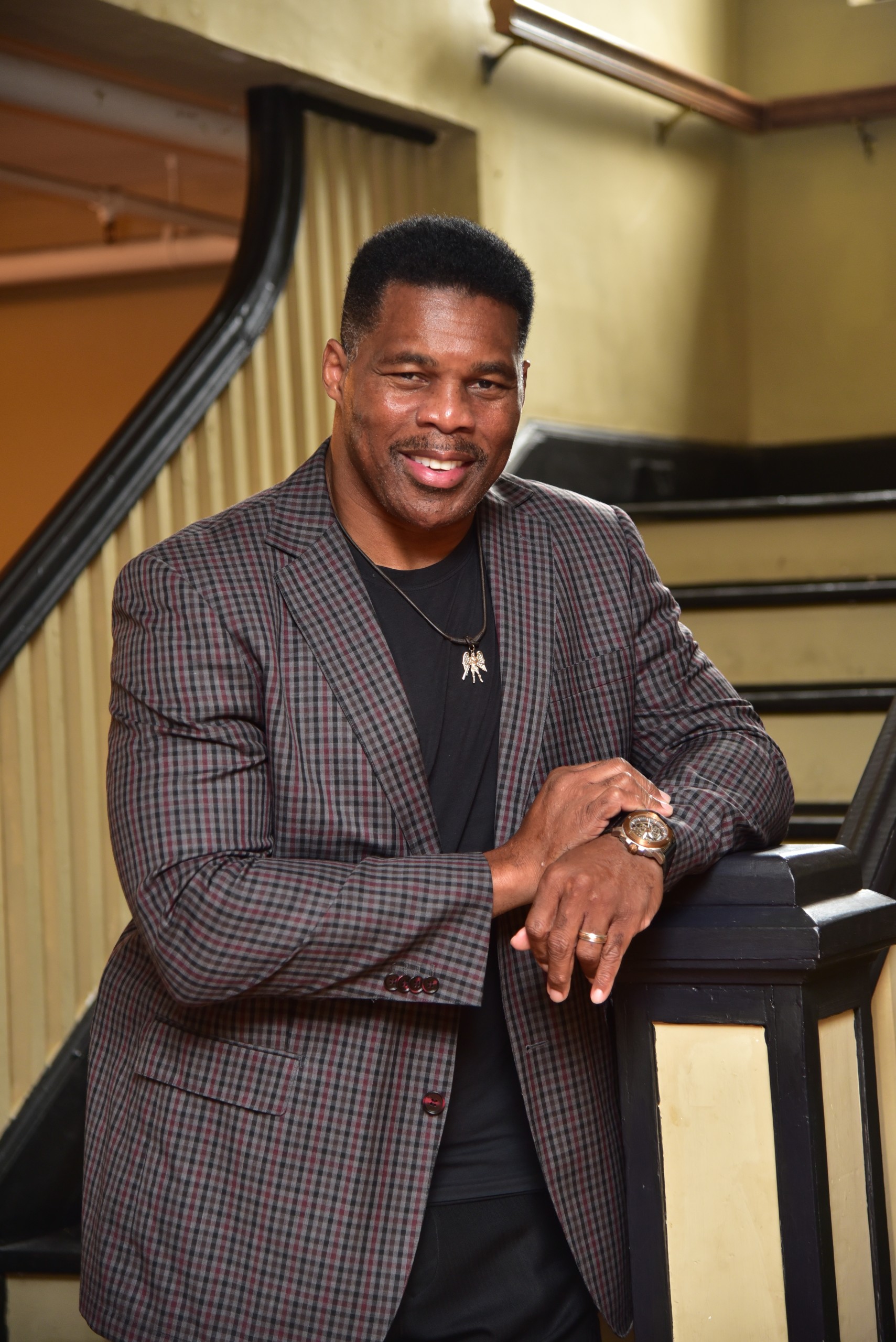 “I believe we’re a great country,” Herschel Walker told Real Clear Politics. Digging into his views on what our nation needs from its leadership, South magazine leans into the issues and asks the Republican candidate for Georgia Senate to lean into the mic, sharing his position on some of the hot-button issues facing him and opponent Raphael Warnock as they hit the polar opposite ends of the campaign trail.

A former University of Georgia running back who won the Heisman and played 12 years in the NFL, Walker knows where he and his potential constituents stand on pertinent issues. He emphasizes though, it’s not his views alone, but what he’s hearing from the people he’s encountered as he pursues a seat in the Georgia Senate. As his campaign bus hit the highways and byways of his home state (Augusta born and bred), here’s the candidate’s take on what matters most:

South magazine: What’s something that most people don’t realize about being on the campaign trail?

Hershel Walker: You’re not going to eat well. I don’t eat at functions; I eat one meal a day. I think most everyone else eats a lot because they eat at every place they go, but I don’t do that. I’ve been stopping at Denny’s, Waffle House, Huddle House and IHOP. 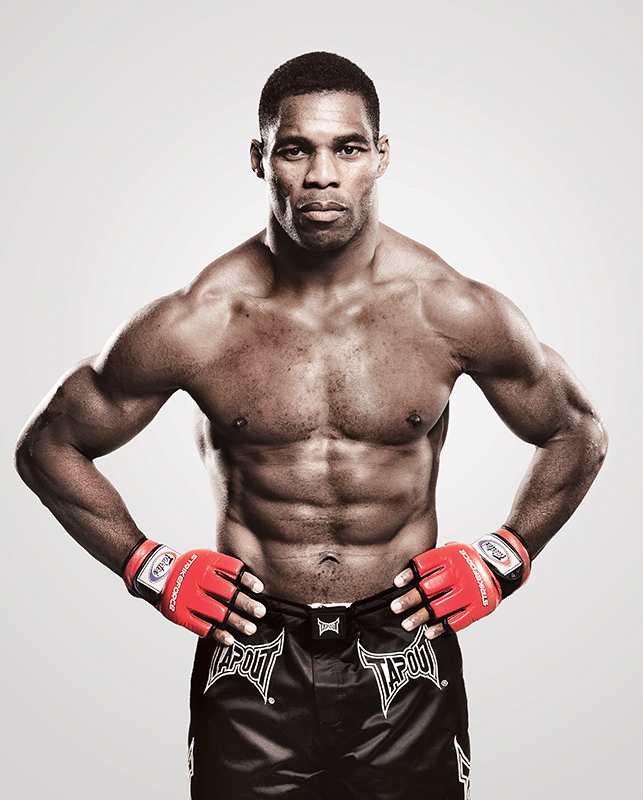 Herschel started a MMA career after most retire at the age of 53. He went 2-0 as a professional. South magazine featured him in 2011. Photo: Mark Jackson

S: You’ve already done so much throughout your life. Why run for the senate and expose yourself to all the mudslinging in the political back-and-forth?

HW: I’ve done so much, meaning the Lord has blessed me. And I’ve had some tough times as well, and the Lord has seen me through it. Right now, I see my brothers and sisters hurting and weak leaders in Washington who put this country second. What’s important to me is that I represent the people and not myself. This is much bigger than Herschel Walker. I believe in the Lord Jesus, and I can’t just sit back and not do anything.

S: How can you see yourself making a difference in the Senate?

S: Do you have any programs or policies that you would want to champion?

And then we have got to do something about the border because of crime. In Georgia, over 60% of the drugs coming into this state come from the border, even though we’re not a border state, and there are major problems with fentanyl killing so many of our young people.

S: Do you have any specific idea on how you would help the agricultural industry?

HW: Returning to energy independence, drilling on our own domestic soil. We are one of the world’s most environmentally-friendly drilling countries. We are going outside to our enemies to get oil and gas which is also a national security problem.

S: What lessons have you learned that you’re hoping to carry into the senate?

HW: We seem to not know how to budget in this country. We are putting our kids, our next generation, in a terrible position. We continue to max out the credit card. That’s something I’ve learned by creating businesses. I ran a business and created jobs and it seems like most people in Washington don’t understand that you can’t continue to spend money you don’t have.

S: What were the key differences between you and your opponent, Mr. Warnock? What do you understand that he does not?

S: Throughout this campaign, you’ve had instances where your words have come back to bite you. What do you have to say to voters who think Herschel isn’t the guy for the job?

HW: What I have to say to them is Reverend Warnock can’t campaign on the issues, so he’s talking about me. He doesn’t believe in redemption or moving forward. He’s lying to people because he wants to talk about anything other than this economy and the crime out on the street.

S: Why should voters choose you?

HW: Because I represent the people of Georgia. Senator Warnock seems to represent Joe Biden. He’s voted with him 96% of the time, yet people have shown through polling that they feel the country is headed in the wrong direction. He continues to vote for Joe Biden, where I will vote for the Georgia people here trying to buy groceries and afford gas.

S: You’ve opened up a lot about your own struggles with dissociative identity disorder and mental health. Across America, more and more are suffering from mental health challenges. What programs and policies would you support to help alleviate this issue?

HW: You’ve got to address it by bringing it forward. You can’t do what Senator Warnock and the Left has done and try to demonize it. I’m talking about putting money in programs, hospitals, healthcare workers. There is no shame in asking for health. Just know that it can be fixed if you’re not afraid to approach it, not afraid to talk about it.

S: You talked about increasing our country’s natural drilling to become more energy independent. But what do you say to voters who are concerned about climate change and decreasing our carbon footprint?

HW: Right now, as we’re drilling, we are one of the most environmentally-friendly drilling countries. Most of the other countries release almost 40% more carbon into the air. We’re doing our part and that’s what’s going to make a difference, and not continuing to ask our enemies to drill for us.