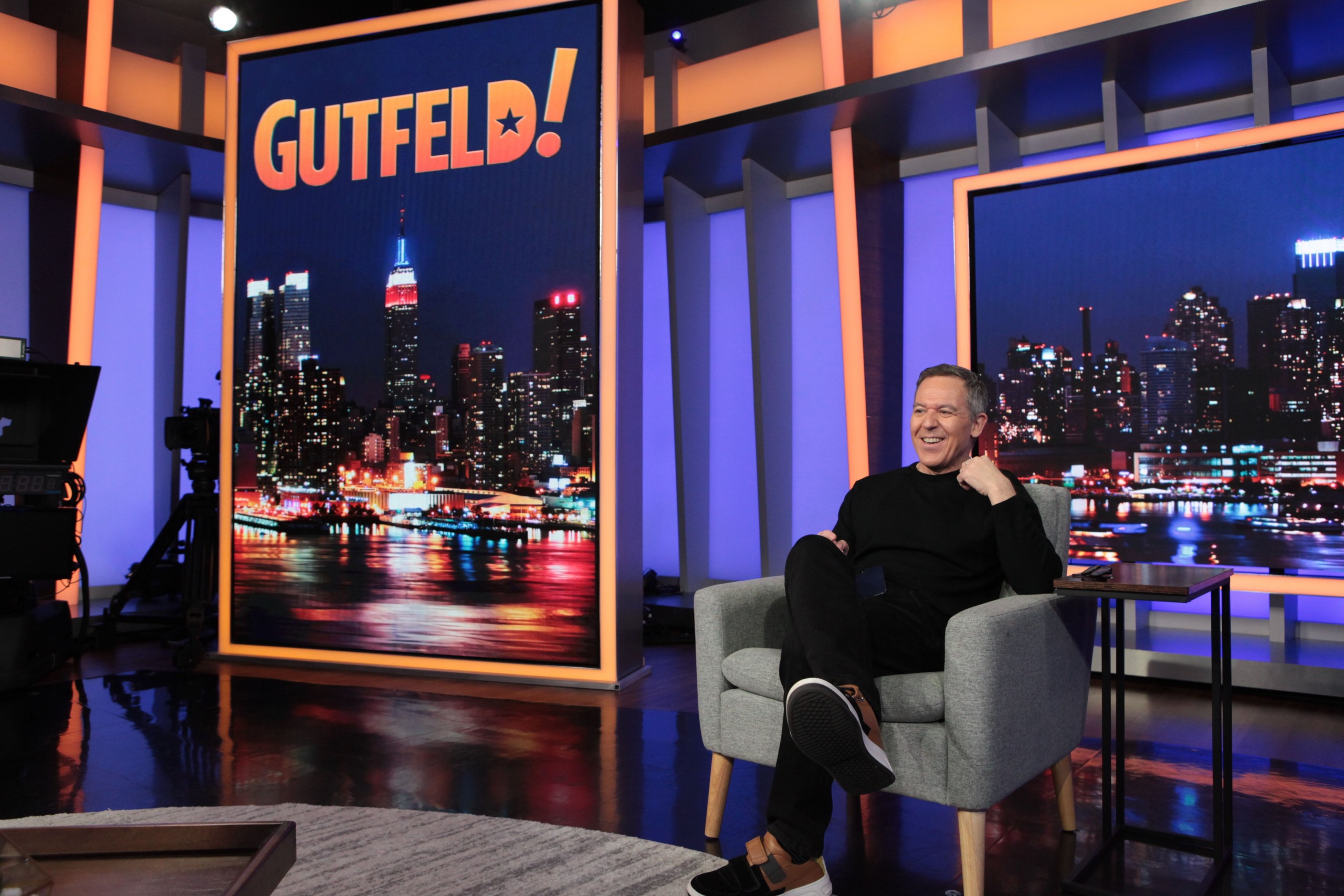 Greg Gutfeld just cancelled old-school, late-night TV. Not really—but if he did cancel things, it probably would be. “Tune in” to the “Gutfeld!” premiere on Monday, April 5 at 11 p.m. ET on Fox.

“’Tune in!’ I can’t believe we still say ‘tune in,’ nobody tunes in anything…Yeah, just check it out. If you love the five, if you love the show, you will love this. It’s like a little offspring of the two,” is how Gutfeld described his new late-night show, “Gutfeld!” The new show is an adaptation of “The Greg Gutfeld Show,” which often garnered higher ratings (reported here) than competitors despite only airing one night per week. It was the second highest-rated late night program in television in 2021 to date.

Viewers can expect more risks, recklessness and plenty of humor. Oh, and for those who are familiar with “The Greg Gutfeld Show,” Gutfeld confirmed that Kat Timpf and Tyrus will be regulars. Read on for South’s Q&A with Gutfeld, discussing expectations, strategy, cancel culture, preparations and Southern favorites.

South: What can viewers expect from “Gutfeld!”?

Greg Gutfeld: I think it’s going to be similar, but a different animal—because whenever you change a large variable or frequency, it changes everything. So, we did one show a week with five segments, usually with a couple of guests. Now, multiply that by five, that means you get to have more guests, people you’ve never had before. You can experiment more. You can take more stupid risks because the risks are less valuable, because they’re using a smaller part of your schedule. So, if I screw up one segment out of 25, it’s okay! I think it’ll make the show a little more irreverent, more fast-paced, more surprising, and probably a little bit more reckless.

S: How do you plan to be different than your competitors (Kimmel, Colbert & Fallon, for example)?

GG: I’m not going to be feeding off the same, old, predictable assumptions that they do. They’re still making Trump jokes, and it’s kind of like, “You guys can have that. It’s okay…” They tend to be profoundly dismissive of a large section of America, grouping people into categories. You know, there’s an elitist attitude toward fly-over America, but that’s my audience, I love those people. I’m not interested in poking fun at groups of people; I’m interested in making fun of people in power, which are celebrities and politicians, and especially people in the media because those are the people that wield a disproportionate amount of power.

S: We saw that a billboard went up for your show with the line “Cancel culture just got cancelled.” How do you navigate cancel culture, and how do you plan to counter it?

GG: You know, I’ve been writing about it for years. I wrote a book about nine years ago called “The Joy of Hate” which is about faux outrage or how people get really, really upset because they like to wield power—again, in a disproportionate manor, where one person can write a hundred letters and get you fired. We’re now in a situation where we don’t even understand the balance of power anymore, and my goal is to explain what it is in a very funny way using examples—because there are tons of examples. The definition of cancel culture is “using any type of transgressions, as judged by the moralizers, to be unforgivable.” So even if you make a mistake, there are no second chances, you’re gone or you’re fired. So what cancel culture is doing is making decisions without the process of decision making. You can’t debate about things, certain topics are off limits, if you bring it up, you’re racist. So my goal is to dismantle that and get people to share the risk. When the mob comes after somebody, I always try to defend them whether they agree with me or not, and I’m hoping that happens in the reverse. 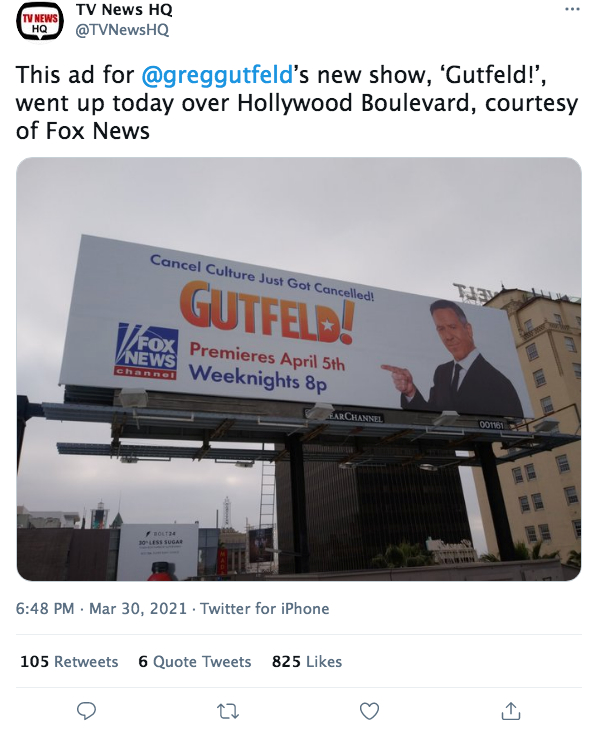 S: How have you been preparing for the show?

GG: Well, they made me take this week off, so I’ve just been writing ideas and trying to eat right… I was going to go away, but I knew if I went away I would just eat nothing but bad food and not exercise. And then I would feel miserable when the show started. So I’ve basically been taking care of myself, writing stuff, coming up with new ideas. We’ve hired some really great talent like Joe Machi and Joe DeVito. We’ve beefed up the staff; we’ve redesigned the studio; we’re getting in the process of bringing the audience back in, which is an incredibly complicated feat given the restrictions.

It is kind of like a forced vacation [laughs]. But I’m always working—I’ll be on “The Five” on Friday, they couldn’t keep me out all week. It gives me the ability to do press and marketing, so it wasn’t really a week off, it was more, just get me off the TV.

S: What are your favorite places in the South to visit when you’re on the road?

GG: I love Savannah, I was there with my wife, Elena, maybe four or five years ago. I’m always on the lookout for great BBQ because I’m not a seafood eater, which eliminates a lot of restaurants. I love BBQ, especially anything with beef brisket, that’s kind of my thing. So I always keep my eyes and ears and nose open for that.