Georgia on Our Mind

Georgia film is back in business, and we’ve got our thumb on the pulse and the down-low on what’s coming up.

Filming: A sequel. Production “down South” Georgia continues as Savannah gives major film hubs of New York and Los Angeles (quite literally) a run for their money. With unprecedented financial incentives and versatile shooting locations, the pursuit of Savannah-based film production is booming, and here’s what you can expect.

Oct. 8, 2021, the Savannah Economic Development Authority (SEDA), unanimously approved the renewal of the Savannah Entertainment Production Incentive for an additional three years. As the incentive rolls over into 2022, the local cash-back rebates and relocation stipends will be in addition to the highly-attractive thirty-percent tax credit offered by the state of Georgia. (It’s no wonder Hollywood has Georgia on its mind.)

Beth Nelson, Executive Director/Film Commissioner at Savannah Regional Film Commission, says the peach state’s most beautiful city is busier than ever coming out of COVID-19.

“We have seen an amazing increase in calls and activity and productions that want to come to Savannah, and right now we have several major shows on the horizon for 2022. And the incentive is a big part of encouraging them to come to Savannah,” said Nelson.

To add to the Hostess City’s rise to entertainment stardom, on Oct. 23 the Savannah Regional Film Commission (SRFC), was named “Outstanding Film Commission” by the Location Managers Guild International (LMGI), for their work with the Amazon original television series, “The Underground Railroad.”

It appears 2022 has even bigger plans for Savannah-based film as preparations for the “first sustainable soundstage complex” are underway. This development, known as “Kat-5 Studios” (named for its ability to withstand a Category 5 hurricane), is set to be unveiled in December of 2022. The “state-of-the-art” facility will be equipped with solar power and functionality as a FEMA storm shelter while bolstering the local film and television job market.

All things financial (and hurricane) aside, Nelson believes the city’s tremendous growth as a filming location goes beyond the incentive. “Savannah has iconic locations that are very much in demand with film productions, and we have a first-rate crew here that is growing yearly.” Stay tuned for what’s next! 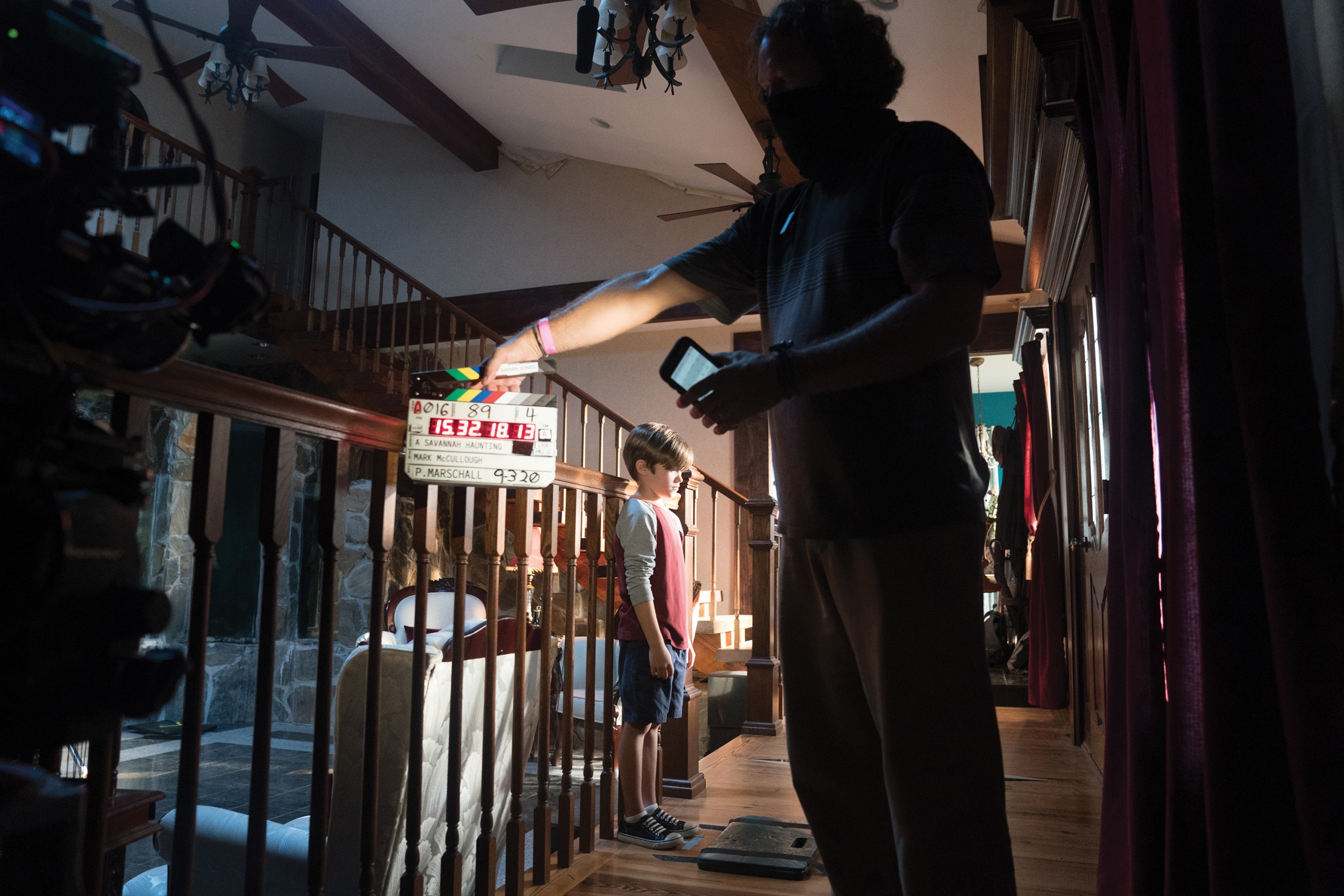 Marvel continues to keep Georgia its home base as “Black Panther: Wakanda Forever” films in Brunswick, while “WandaVision” and “Falcon and the Winter Soldier” have since wrapped and are available for streaming on Disney+. Tybee Island and Chatham County are hosting the Hulu original “The Girl from Plainville,” a limited true-crime series starring Hollywood A-listers Elle Fanning and Chloë Sevigny, in addition to the dark comedy “The Menu” with Anya-Taylor Joy and Ralph Fiennes.

Warner Brothers has pushed the “Black Adam” release with Dwayne “The Rock” Johnson to July 29, 2022. Netflix’s “Stranger Things” and “Ozark’’ have returned to Georgia to film. Although, this will be the last visit from the cast of “Ozark” to Georgia’s Lake Lanier and Lake Allatoona as their fourth and final season is set to release on Netflix on Jan. 21, 2022.