The mandatory shutdown and social distancing guidelines did a number on Savannah’s restaurants. But Mike and Brandi Vaudrin innovated, survived and moved forward. 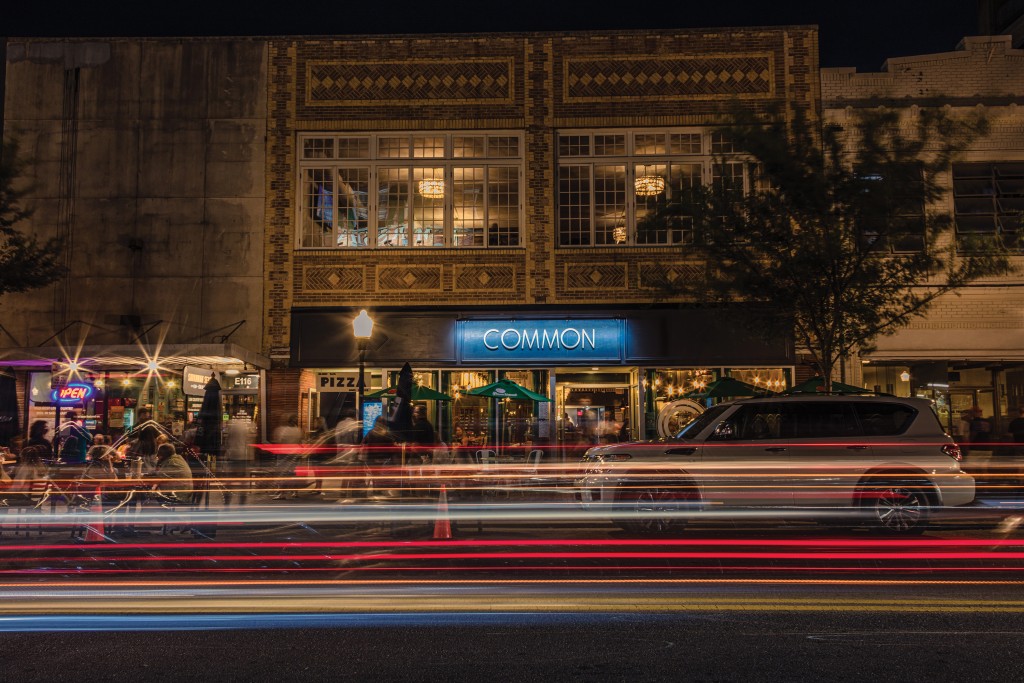 And to think, it all started because the kitchen at Ordinary Pub needed a little more space. “We needed a prep kitchen,” said owner Mike Vaudrin. “I overshot by about 7,000 square feet.” Those 7,000 square feet became their second restaurant The Common. They purchased the property in August of 2018 with an eye on expanding their restaurant culture, little knowing at the time the trials that lay ahead.

he property itself has a history that dates back to the vaudeville era, with the owner, Mike Vaudrin, fairly certain that Houdini once performed here. Following its time in the limelight, 118 East Broughton served as a children’s store and a Moroccan restaurant, among other iterations in its long history. Of course, ask anyone in the restoration business and they’ll tell you: the older the building, the harder it is to restore.

“It turned into the most ridiculous thing I’ve ever done,” said Vaudrin with a laugh, noting that in addition to cutting and reinforcing century-old beams and bringing a seventy-year-old balcony up to code, they were planning a restaurant at the same time. Still, he says, it’s worth it. “We wanted to pay tribute to the history of the building. This building will be around a lot longer than any of us, and we did a lot of work to make sure it’s good for another 100 years.” Rechristened as Common, and boasting a rustic refinement that complements its hip historic district surrounds, the restaurant opened in early October, just in time for the world to fall apart.

“It was like playing the stock market every week, watching the trends,” he said. “Sometimes it was like, ‘Oh, ground beef is at $9 a pound, I’m not gonna mess with that.’ Eggs went crazy for a while. It was a challenge everyday.” – Owner, Mike Vaudrin

“They say the first year of any business is the hardest,” Vaudrin said, “and in this case, that may be the biggest understatement of all time. We really started finding our groove in February and March was looking great; we thought, ‘We got it. Here we go.’ And then that was it. It was done.” On April 2, Georgia Governor Brian Kemp mandated a statewide shelter-in-place order, shuttering bars and restaurants and knocking the legs out from under the The Ordinary Pub group’s newest venture. Between Common and Ordinary Pub, their staff of over 100 was reduced to 5.

At times like this, you can despair or you can innovate. They chose to innovate.

Step one was taking care of the staff, continually keeping up with ever-changing state and federal guidelines to assist employees to navigate the landscape of unemployment. “We took a lot of pride doing whatever we could for the staff and were able to retain around 90 percent of our people.” 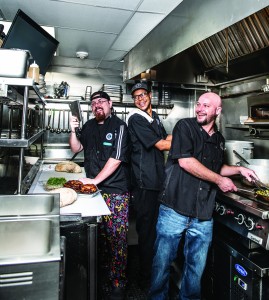 The next step was to remain relevant. The OP/BC crew including Chefs Justin Grizzard, Sean Freeman, Daniel Gattone, Eamon Gardiner, and managers Bob Masteller, Michelle Masteller, Jason Allmond, & Mickey Hickey pivoted hard, turning the restaurant into a de facto grocery store, “The Ordinary Butcher Shop,” selling hand sanitizer, eggs, milk, orange juice and whatever they could source from their local purveyors to keep them afloat. Without the resources of a big box grocery store, they had to be smart in stocking the shelves. “It was like playing the stock market every week, watching the trends,” he said. “Sometimes it was like, ‘Oh, ground beef is at $9 a pound, I’m not gonna mess with that.’ Eggs went crazy for a while. It was a challenge everyday.”

In the store’s meat department, Chef Grizz took on the role of butcher. “He went from cutting 6-7 oz. filets to getting ribeyes packed and stacked. It was a much different gig for him.”

As the lockdown gradually lifted, and the dual restaurant concept emerged into a world changed by mandated social distancing and reduced capacity, necessity once again birthed invention. Mike found an old double-deck brick oven in Atlanta and hauled it upstairs to start making pizzas. Blind Sus, the event space for Common, was transformed into a pizza & wing spot to enable more of a take-out oriented menu. Spaces were converted to make room for a new tasting room and raw bar.

If there’s a silver lining, it’s that it gave them the one thing they didn’t have when rushing to open in October: time. “When we built Common, we were still busy running a restaurant and heading up a construction project,” said Vaudrin. “This gave us time to sit down with a pen and paper to figure things out that were rushed before.”

Returning staff found themselves with time on their hands, allowing the chefs to fine-tune the menu and the bartenders to work on new additions to the drink menu. “All four of my chefs were happy they had a kitchen to work with. They missed cooking,” said Vaudrin. “And the cocktail program at both places benefited from the extra time to fine tune. As Commons first year of business comes to an end, it’s really found its identity.”

Slowly but surely, both Common and Ordinary Pub are returning. But the journey to get back wasn’t easy. “We just did what restaurant people do everyday, try to find opportunity during complete chaos,” said Vaudrin. • broughtoncommon.com 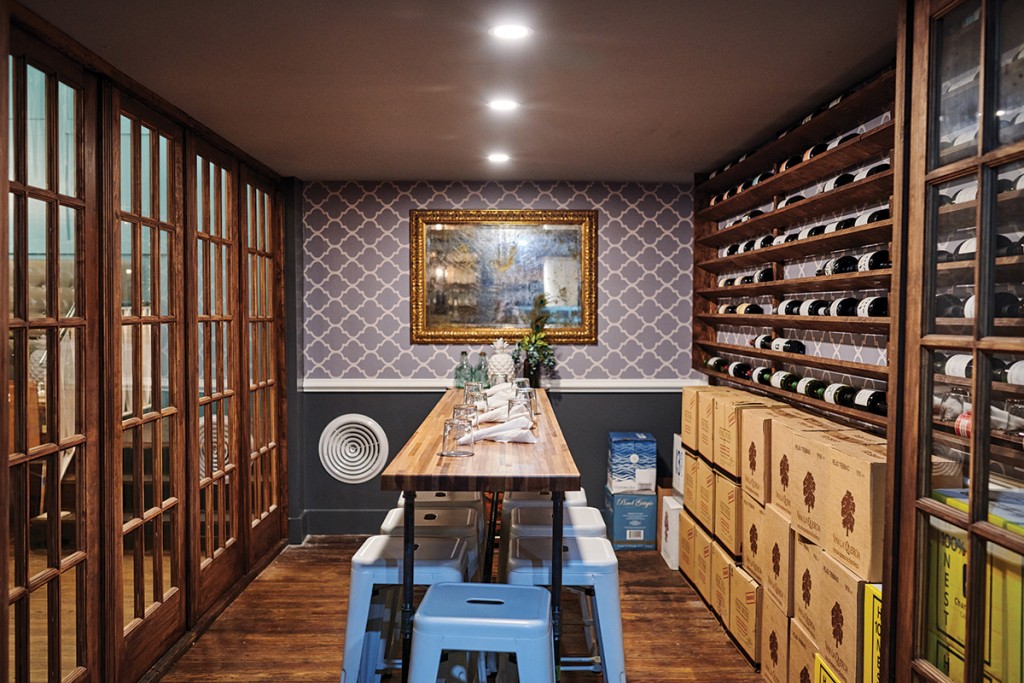 The Buttery is available for small private groups and has an extensive wine selection. The moniker (historically used to denote the space under a Monastery where spirits and food were kept for visiting guests.) Photo: Blake Crosby

The Buttery at the Common

When Mike and Bee Vaudrin opened Common in October of 2019, they envisioned it as a place of true gathering. With an ability to house the parties too large for its older sister, The Ordinary Pub, the Common would be a place of celebration, which made its sudden shuttering in the spring of 2020, just five months after its opening, especially profound. The dream of bringing people together did not vanish in a time of mandated separation, however; instead, “Team Vaudrin” found themselves wondering what they would have to offer their guests after the long journey ahead. With a meager beginning as some seemingly out-of-sort tables tucked under the mezzanine, The Buttery was born as a mantra to the days ahead. The moniker (historically used to denote the space under a Monastery where spirits and food were kept for visiting guests) is just as unique as its setting, a tasting room with multiple personalities: part wine cellar, party semi-private dining, part whatever your conclave needs. And just as Common’s original vision dictated, if The Buttery isn’t perfect for gathering, there are several other places within this gem that are. To view the options for private and semi-private dining, be sure to visit broughtoncommon.com and click “Private Dining.”

If you enjoyed this article, subscribe now to the print edition for more or get instant access to our interactive digital edition.

Check out the Common Photo Gallery 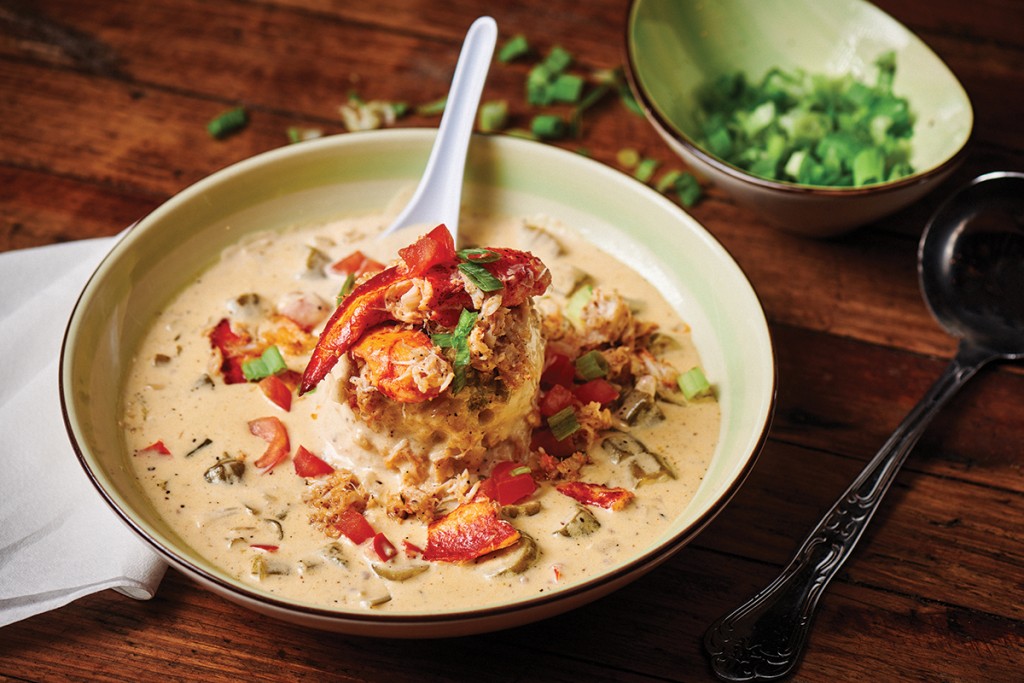 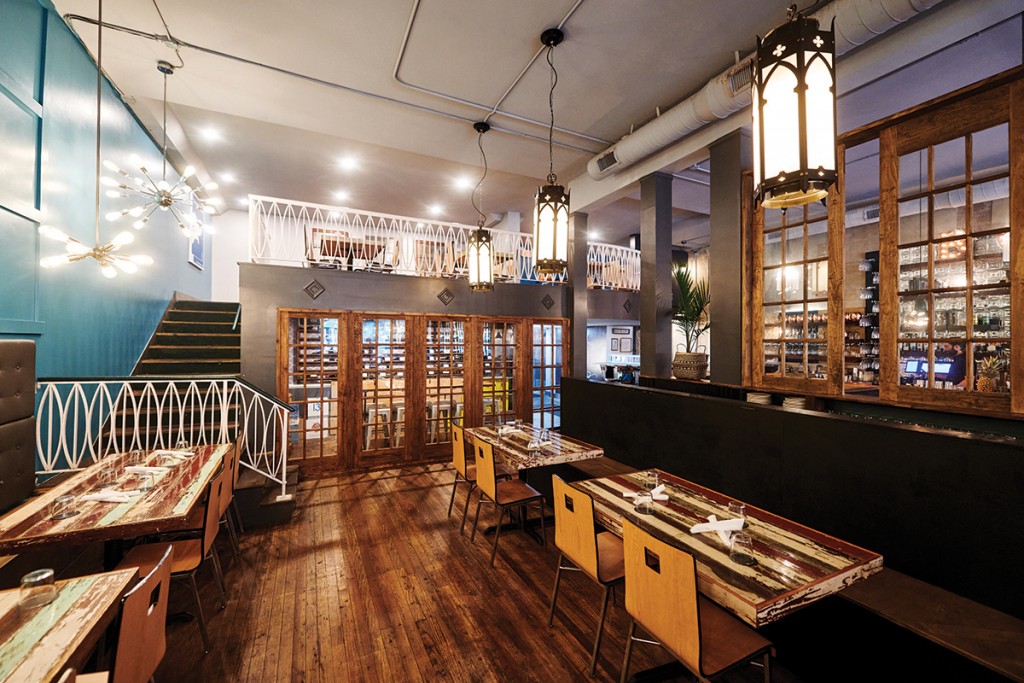 The main dining room at the Common 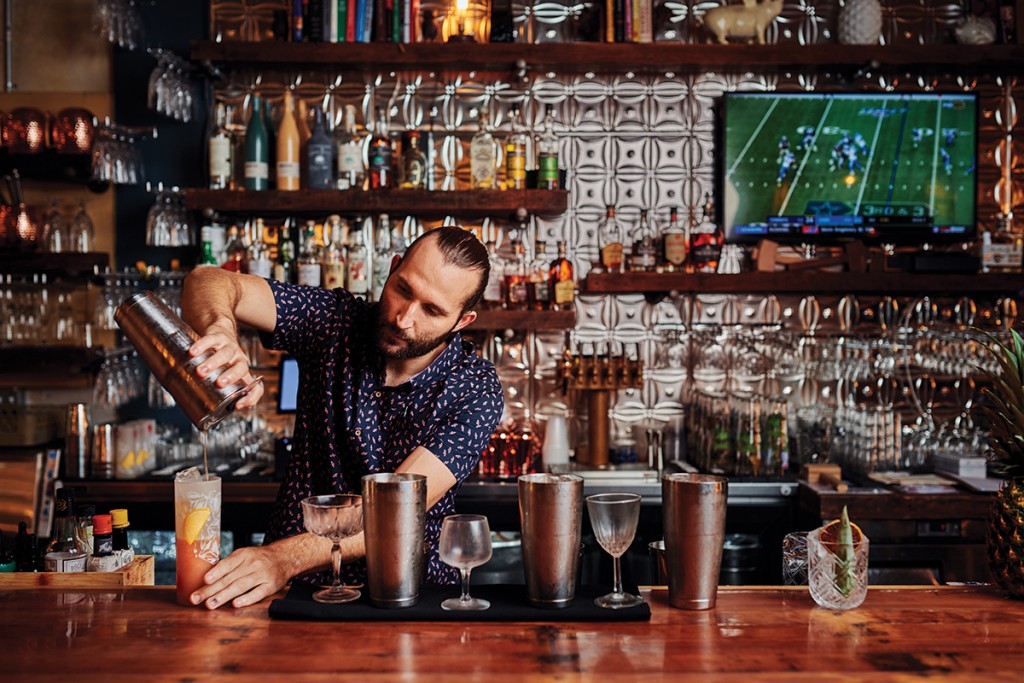 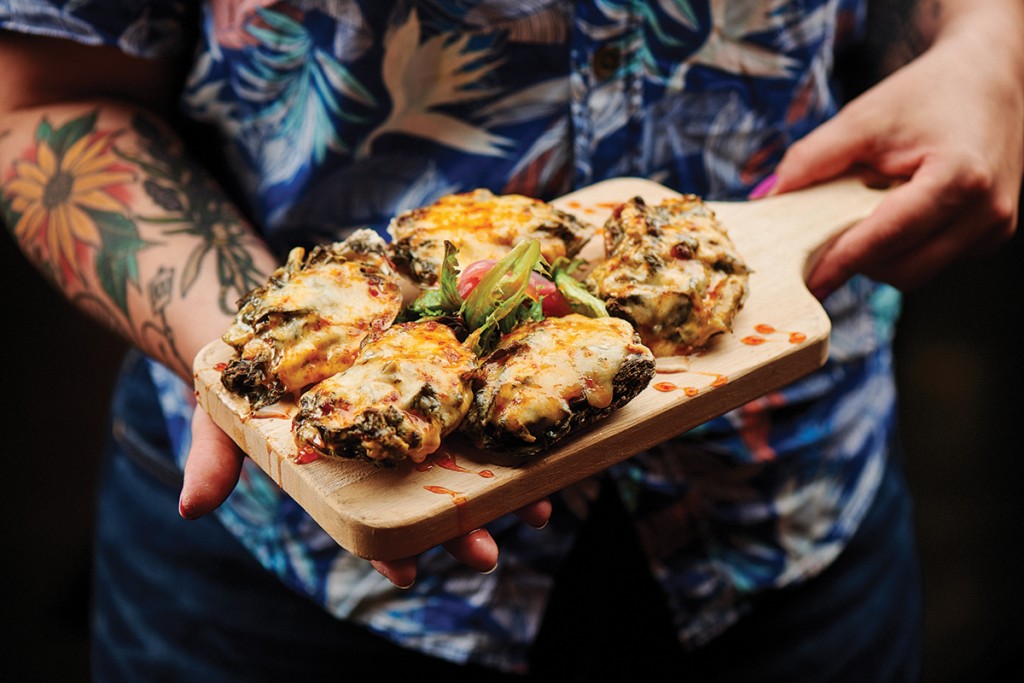 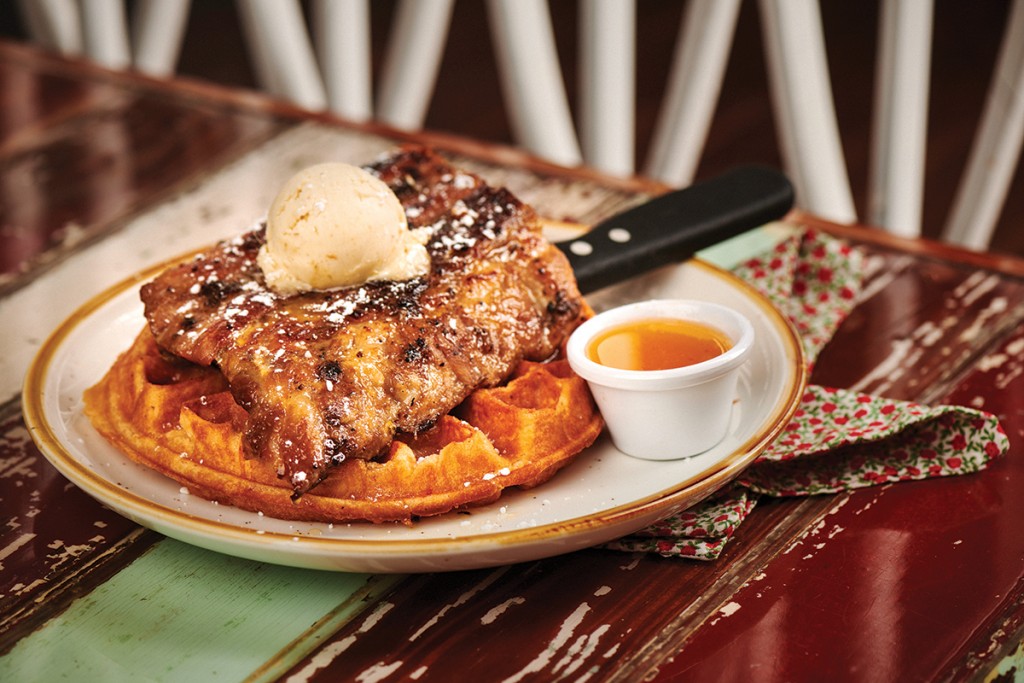 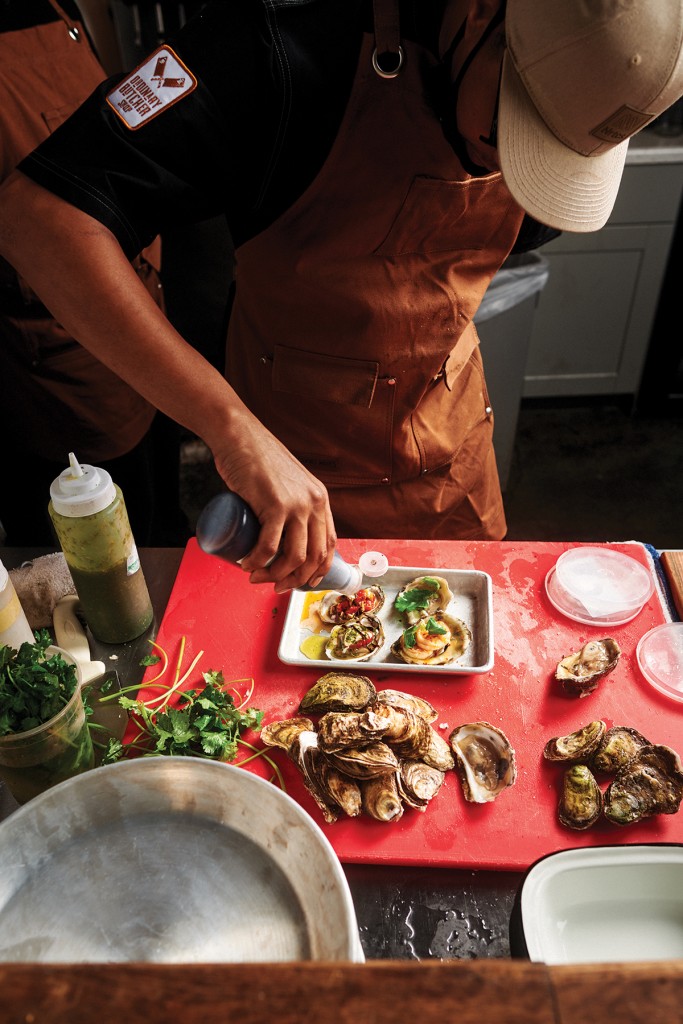 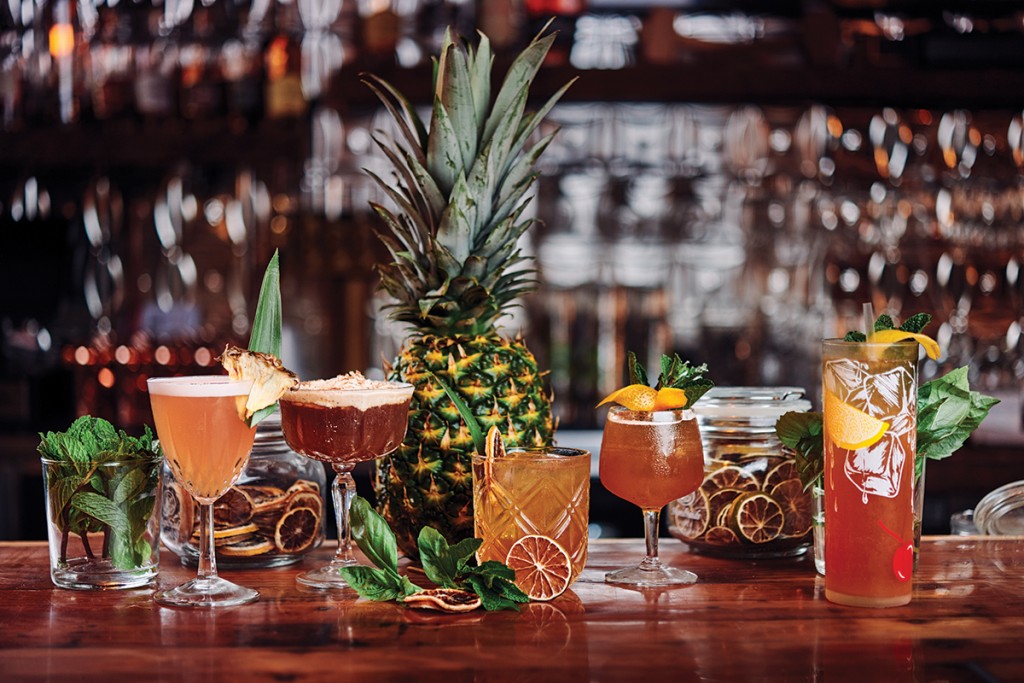 The Common is a destination for some of the most unique crafted drinks in Savannah. 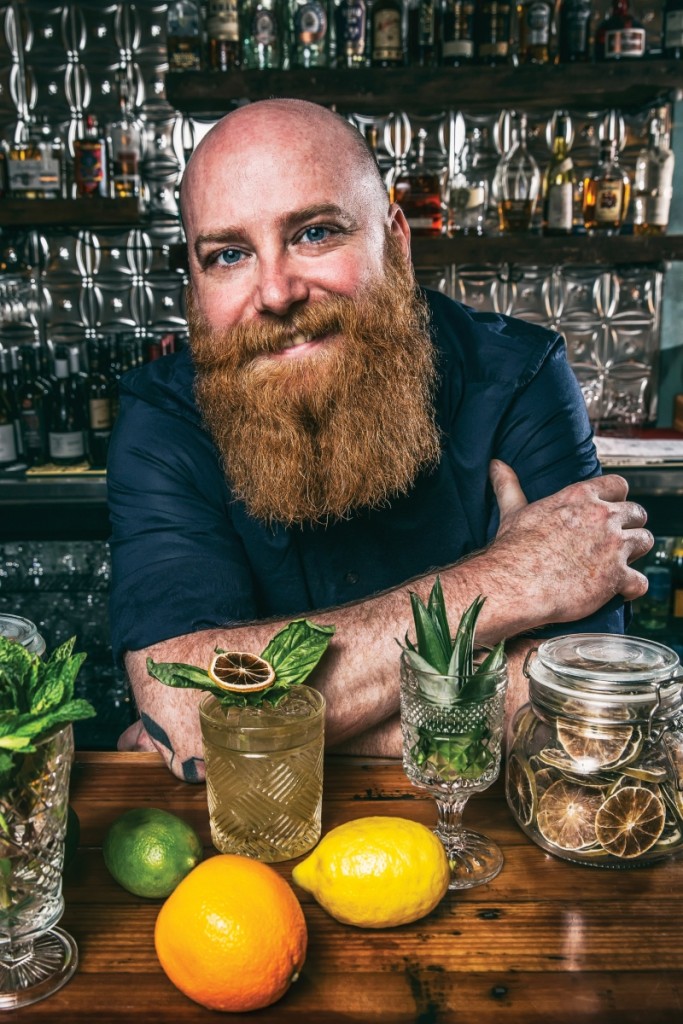