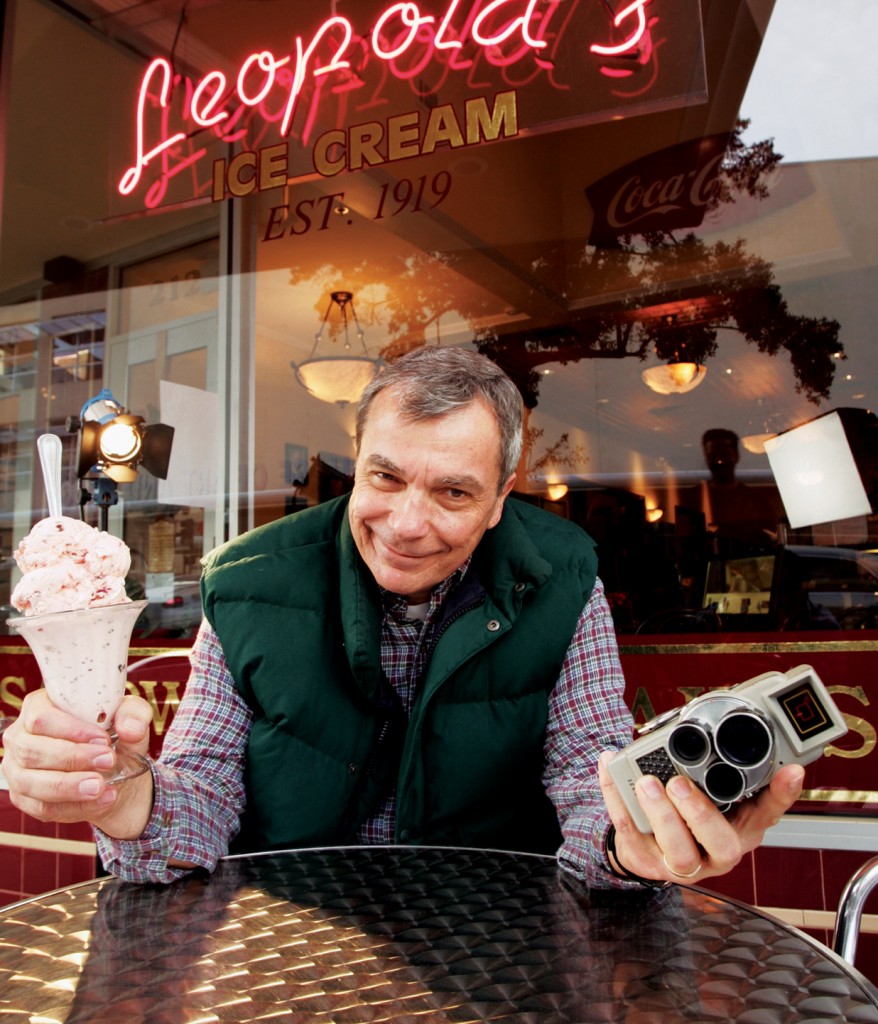 An iconic brand 100 years in the making, Leopold’s Ice Cream celebrates a century of steadfastly serving Savannah with a commemorative book as visually pleasing as their Rum Bisque is delectable.

ar more than just a history of Savannah’s own hometown ice cream, “Leopold’s Ice Cream: A Century of Tasty Memories, 1919-2019” sprinkles in history and Hollywood, then a heaping helping of nostalgia, for an experience you’ll eat up.

The book was written by Melanie Bowden Simón, a friend of renowned ice cream maker and Hollywood film producer Stratton Leopold and his wife Mary, and features a foreword by former President Jimmy Carter. With 100 years of history and stories to tell, creating a beautiful book to bind it all together felt like a natural fit. Within its pages are vintage photos from the earliest years of this Savannah institution’s existence and copies of priceless items from their archives such as original menus, newspaper clippings, and even naturalization documents.

The book has been named as an award-winning finalist for the 2020 International Book Awards in the following four categories: Biography, General Business, General History and United States History. It was also named one of the Best Cover Design finalists in the Next Generation Indie Book Awards non-fiction category.

“We cannot wait to see our story continue as we enter our next century of serving Leopold’s Ice Cream.” – Stratton Leopold

“We are absolutely thrilled the book received such prestigious recognition,” said Stratton Leopold. “We cannot wait to see our story continue as we enter our next century of serving Leopold’s Ice Cream.”

The book concludes with precious personal stories from Leopold’s customers, which read more like love letters to the family business. In these challenging and unprecedented times, this treasure chest of a book evokes welcome feelings of genuine happiness and pride… and a serious craving for a scoop of Peanut Butter Chippy. •

1901 – Panagiotis (Peter) and Giorgios (George) Eleopoulos immigrated to the United States from Greece via the ship SS Potsdam. They traveled to Brazil, Indiana, where they spent the next four years learning the delicate art of making candy and ice cream from master confectioner James Peter Zarafonetis.

1905 – George and Peter settled in Savannah at the urging of their sister Demetra, who had married Savannah local George Paul Carellas.

1919 – George and Peter purchase a fruit-and-grocery business on the streetcar crossing of Gwinnett and Habersham Streets. Using the skills they had learned in Indiana, they tapped into the newest American craze: ice cream!

1943 – Peter and Marika had their third child, Efstratios (Stratton).

1988 – Stratton traveled back and forth to the West Coast to produce numerous films in that area and internationally.