Your Drawers are Showing

The World's Largest Chest of Drawers 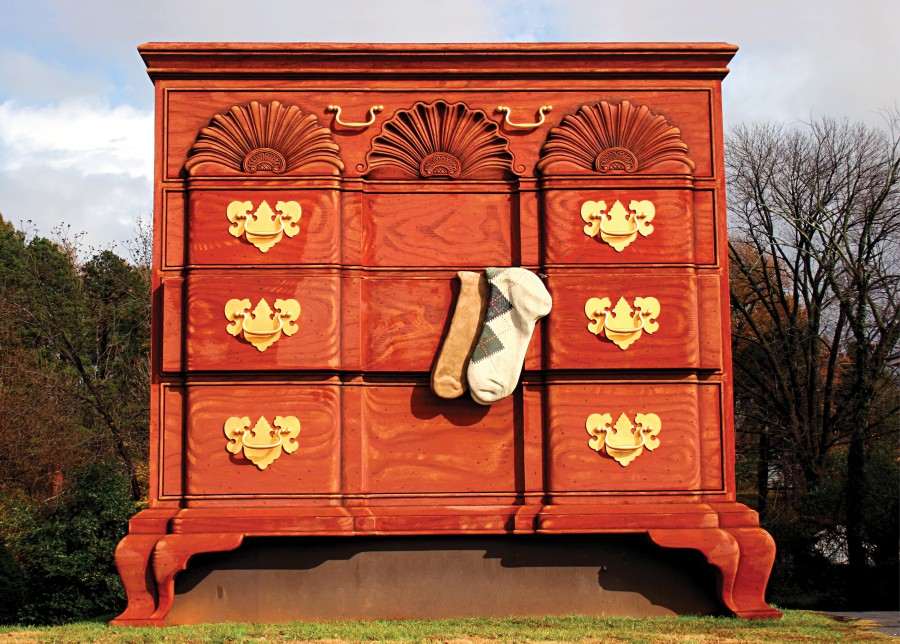 Photo by Katie Mac @Katieshowblog / “World’s Largest Chest of Drawers.” It stands 36 feet high and it was built to call attention to High Point as the Furniture Capital of the World. As a nod to the area’s hosiery industry, two giant socks hang from the drawers.

The World’s Largest Chest of Drawers ⎦ High Point, North Carolina, has long been famed for its stature within the furniture world. It’s here that the tastemakers of the home design world descend once a year to discover the latest looks and fashions in the interior décor world will look like. It’s also where they go to see the world’s largest chest of drawers, because why not?

A pair of socks dangle from the front of this 36-foot-tall, 19th century piece, a nod to the city’s status within the hosiery industry. Or at least that’s what they say. It’s equally plausible they just didn’t have time to tidy up first. Self-guided tours are available — spend a few moments marveling at the furniture world’s most fascinating oddity, then head out for the next great Southern destination. 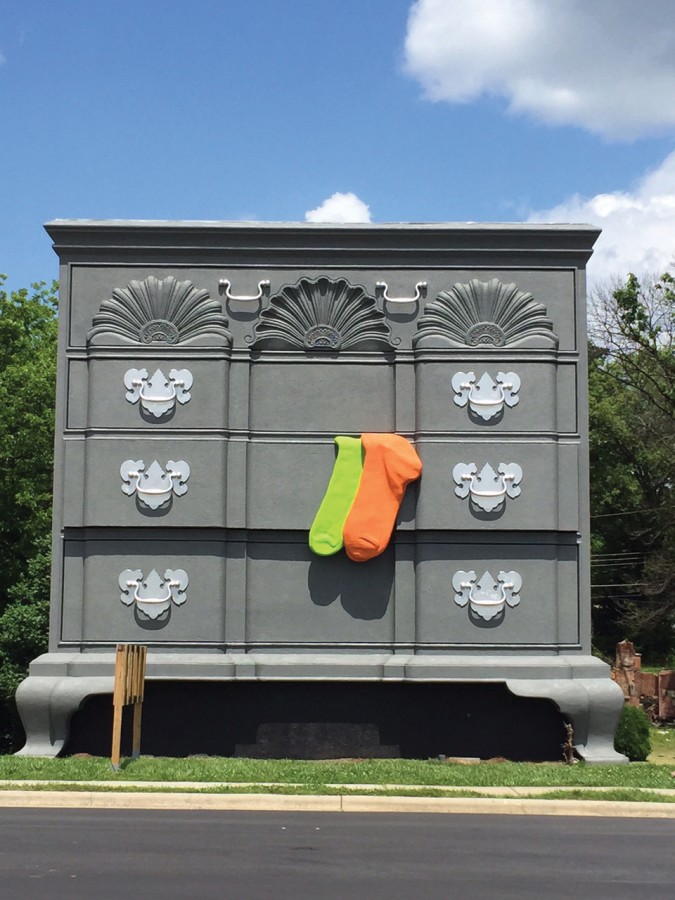 1926. The World’s Largest Bureau, a giant set of drawers, painted white with floral accents was born. Attached at the top, a vertical mirror nearly doubled its height to 32 feet. The bureau was built to call attention to High Point as the Furniture Capital of the World, with two large socks hanging from the drawers as a nod to the area’s hosiery industry.

1996. Sid Lenger, a High Point designer and craftsman, oversaw a complete makeover of the building, transforming it from a mere bureau into a proper giant chest of drawers, 38 feet high. He died in 2003. 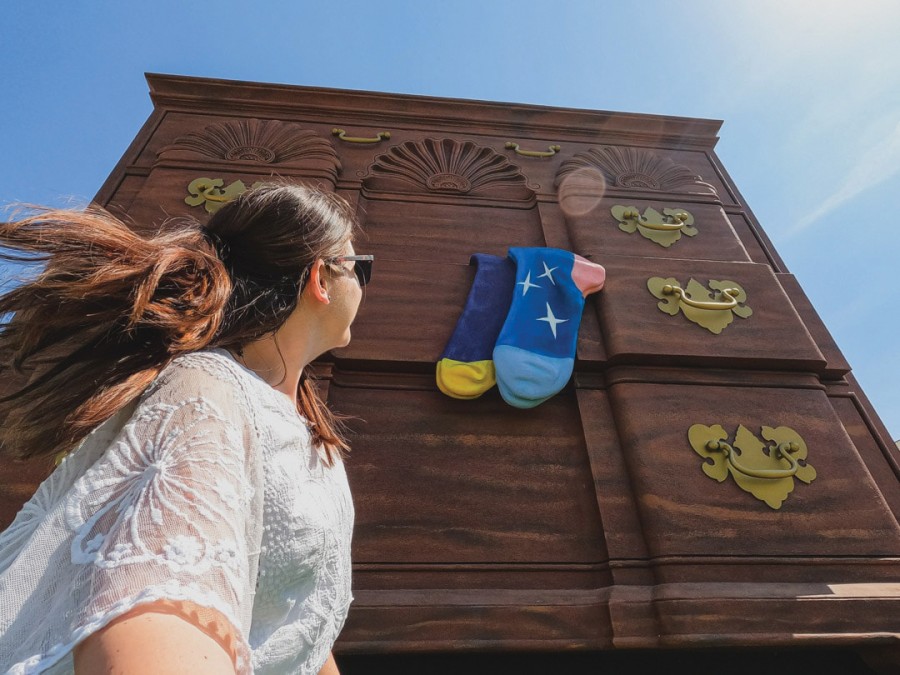 2016. An area estate developer bought the chest of drawers, repainted the socks neon green and orange, and obliterated the elegant cherry wood finish with a coat of battleship gray paint.

2018. The drawers sold to High Point University. Brian Davis, an artist and designer who had worked with Sid Lenger, tracked down the original paint formula and was able to recreate the chest’s cherry wood finish. The socks were repainted with colors and patterns used by the University and the city’s minor league baseball team. 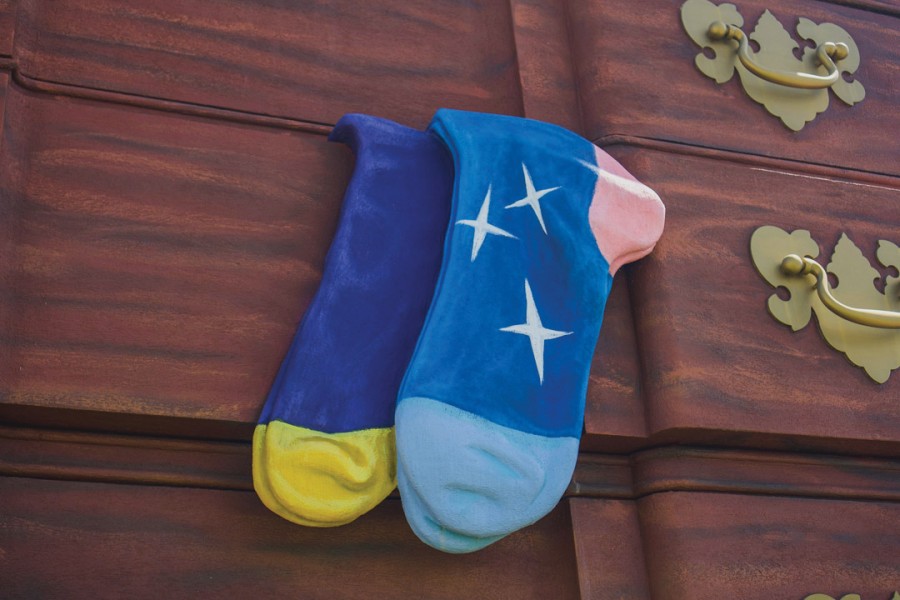 Today. Unknown to most, the current chest of drawers is built on top of and around the old Bureau. If future furniture archeologists ever bore a hole into the World’s Largest Chest of Drawers, they’ll find the World’s Largest Bureau cocooned within it.