You Left Me For Dead On The Side of the Road. But I Hope Your Truck Is OK.

After being hit by a truck and left for dead, Yorlliry Moreno’s past life truly flashed before his eyes before he landed on the question of whether or not he would be able to resume his future life as a professional athlete. Thankfully, he seems well on the way back to resuming his place in sports history. 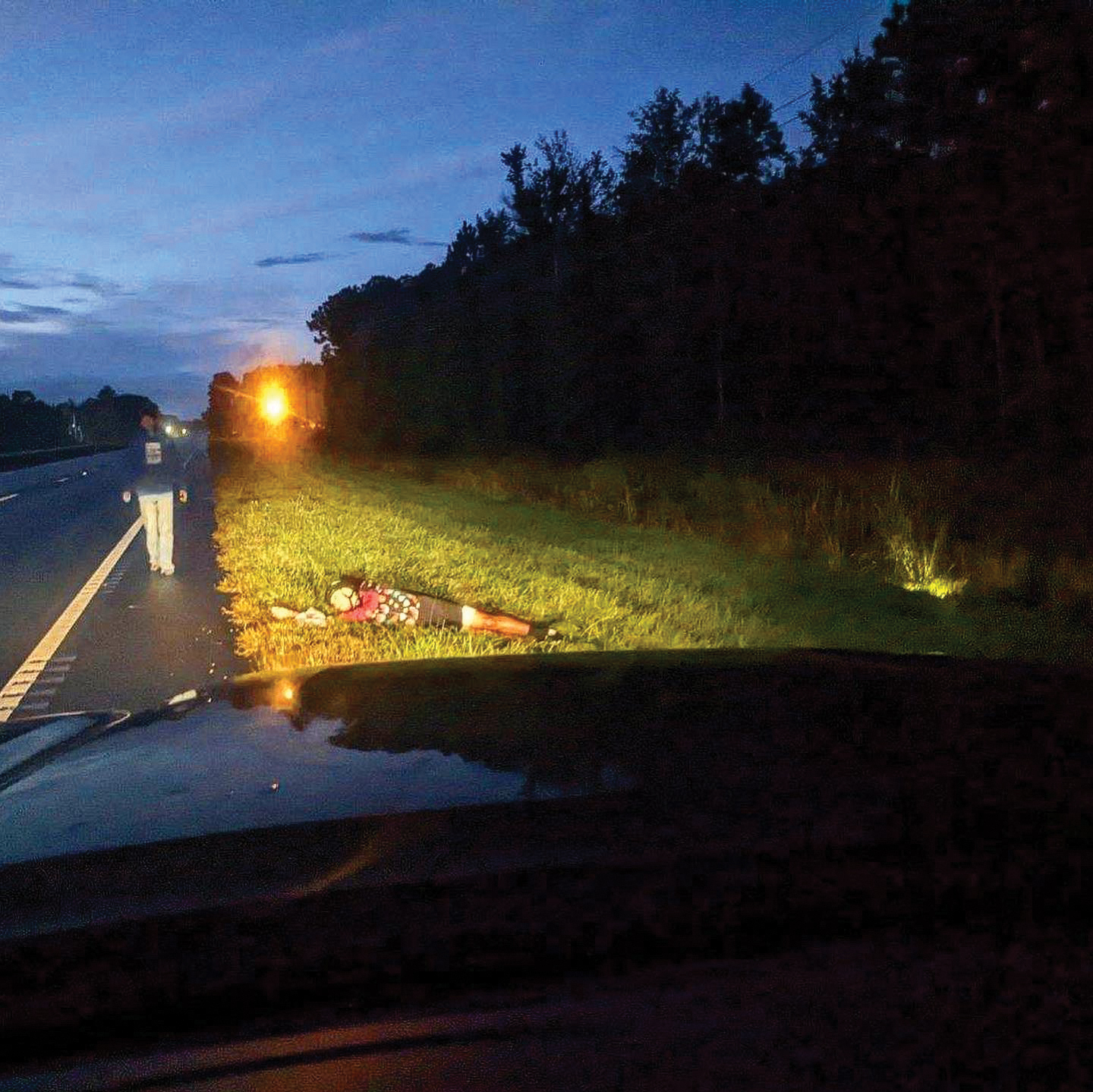 On an early Sunday morning in October of 2022, Yorlliry Moreno was the victim of a hit and run driver. As a professional triathlete, he was training on his cycle that was ‘tricked out’ with every imaginable safety device, yet a dark pickup truck crossed the rumble strip, hit him and then sped off. The impact sent Moreno high in the air, and he landed on the grassy slope next to Highway 17 in Savannah. 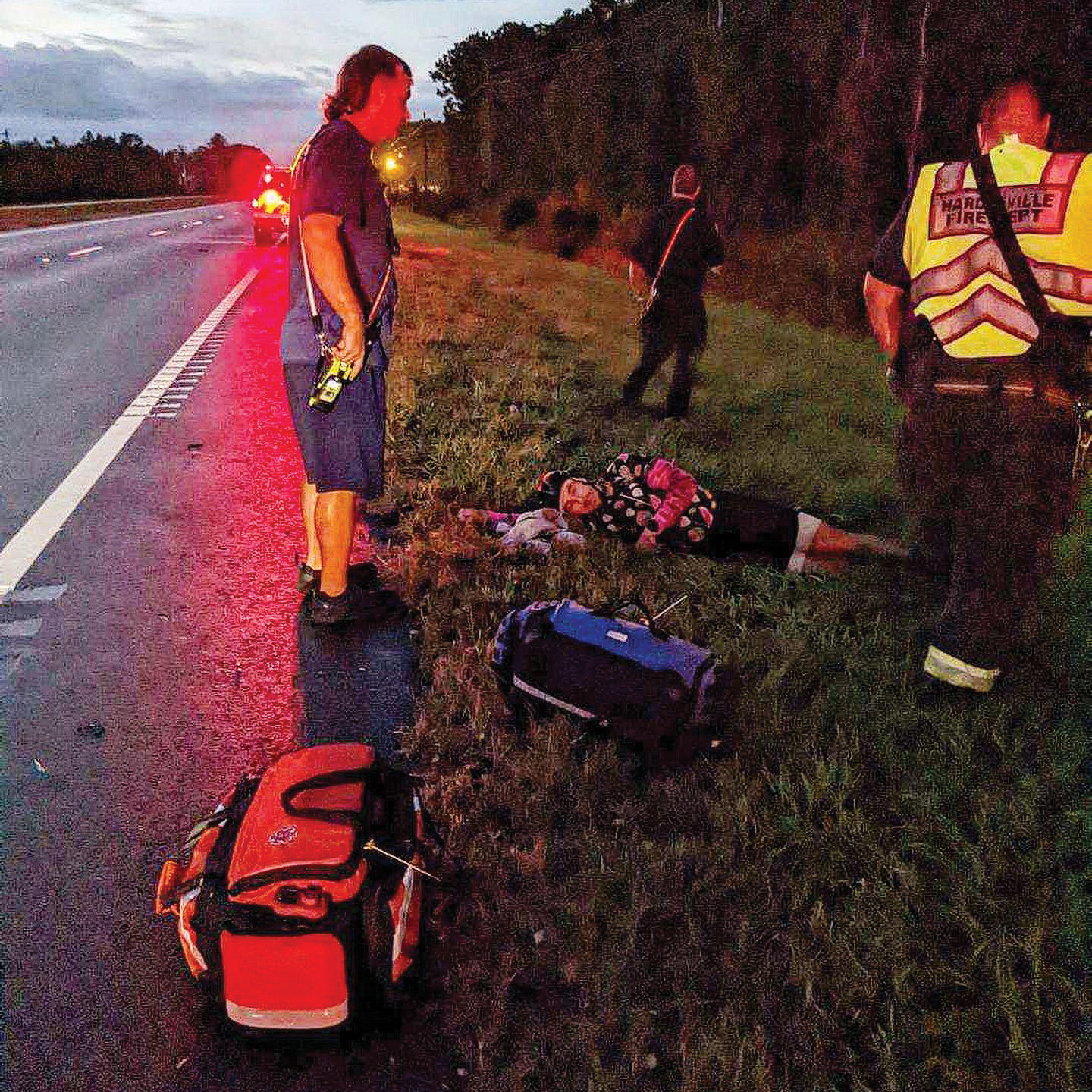 Moreno stayed conscious throughout the entire event, from flying through the air, to the impact on the ground. “I rolled over and I was starting to feel severe pain. I knew I needed to get back to the road in order to get help, but I couldn’t stand up. I started pulling myself up to the road and I found my phone. So, I immediately called my wife. My bike computer has a function that when you’re down for too long, it sends an emergency text to your emergency contact. So, I told her where I was and to call the paramedics.”

Seconds later, a good Samaritan stops to see if Moreno is alive, and immediately they call the paramedics, who make it to the accident scene in just minutes. “I really cannot say enough good things about the paramedics – the accident happened at 6:04 and by 6:15 they had arrived and were assessing the damage and quickly got me to the trauma center at Savannah Memorial Hospital.”

Moreno considers himself a very lucky survivor. “After all that, I only had one broken bone in my pinky finger!” However, the trauma caused by the impact is affecting almost every part of his body, and he is facing a long climb back to 100% health. Since he was 10 years old, Yorlliry Moreno knew he was destined to become a professional athlete just like his father. “When I was old enough to realize that my dad was a professional athlete, I knew that is what I wanted to do. He was a Gatorade athlete, and as their company is headquartered in the United States that is why we moved from Venezuela.” 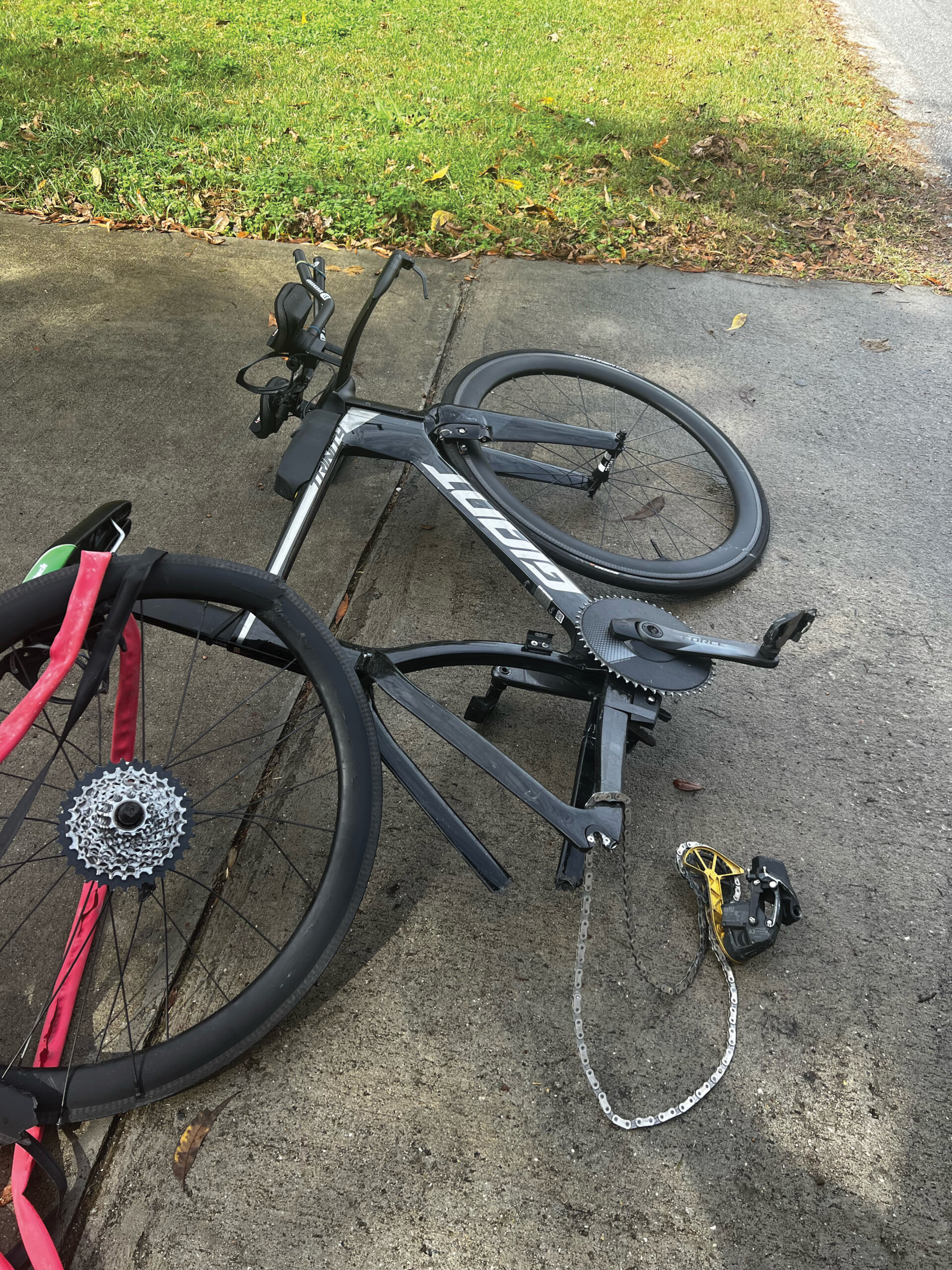 While following in his father’s footsteps, Moreno developed his own intense love of sports, which turned into his intense love of Triathlon sports. He concentrated on swimming through high school and college, and then moved on to a regular 9 to 5 job. “However, I soon realized that if I didn’t leave the regular job now, this is going to be my life and I won’t have a fair chance to pursue what I want to do, which is to be a professional athlete.”

While recovering from the accident is a major setback for Moreno, it has not deterred him from his focus on being a professional triathlete. It will take hours of physical therapy to deal with all the hematomas, bruising and sprains caused by the accident and then it will take time to resume regular training to get his body back up to the level he was before the accident. 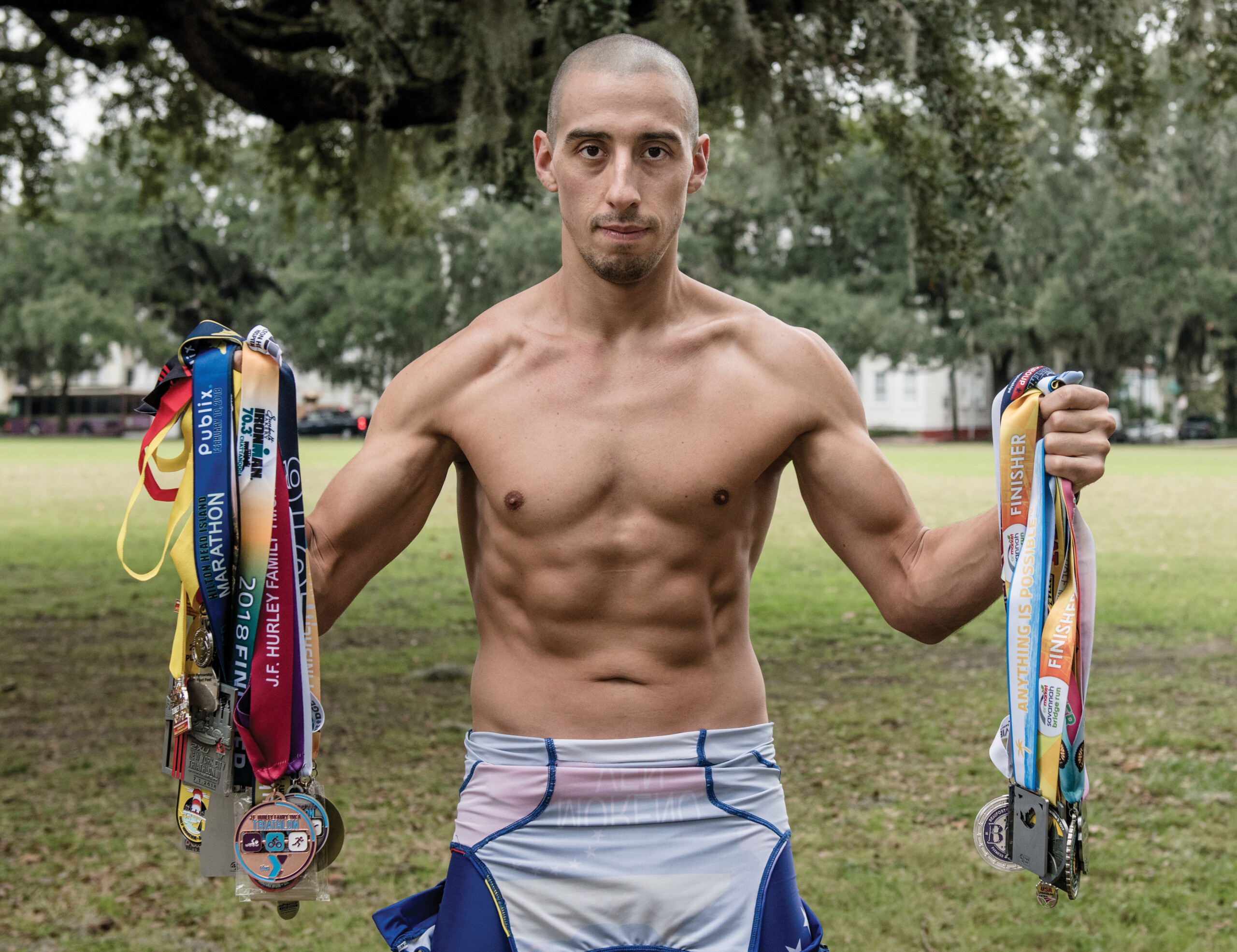 “I have my wife and my son to support me, and we are expecting a new addition to the family early next year,” said Moreno. “I’m working with a new coach, I am on a new training plan, my diet is on point and mentally I was really ready to take on the next race. While this accident is a setback, it will not stop me.” 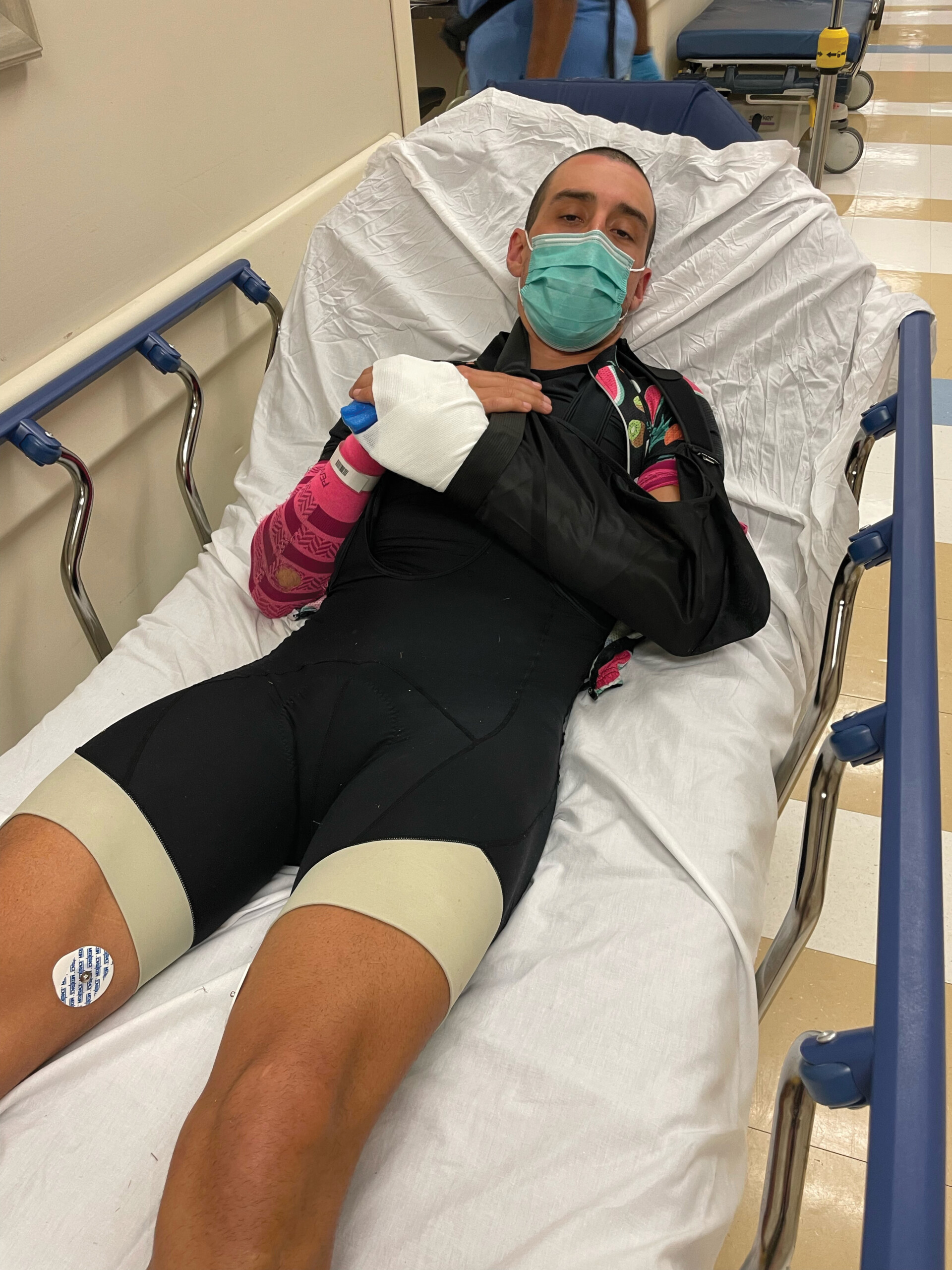