Born and Raised in Savannah, the team at Certainty Home Loans doesn’t just invest in their Clients’ financial future, they invest in the future of their Hometown. 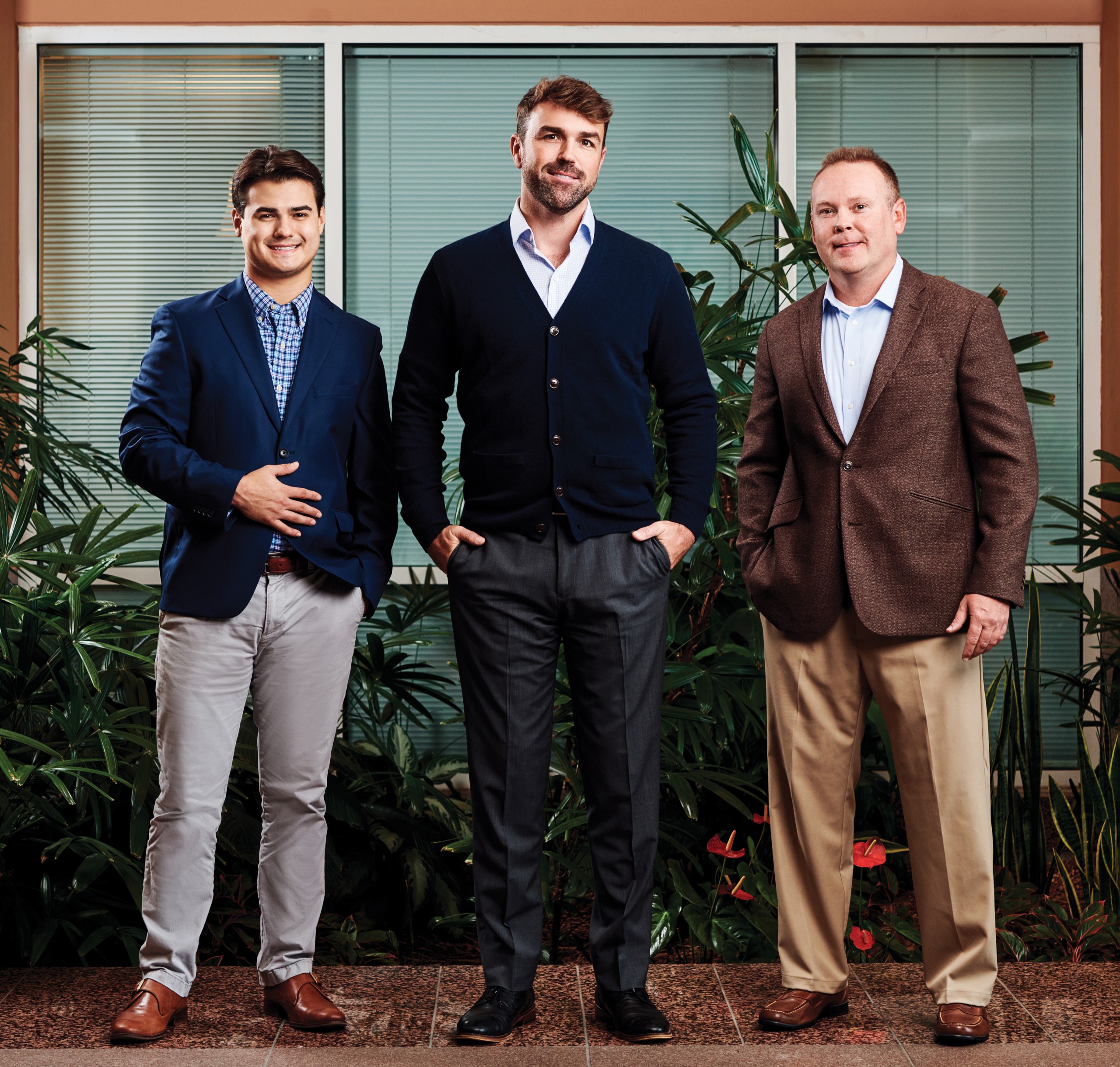 After 10 years at their Abercorn Street office, Certainty Home Loans (formerly Starkey Mortgage) has stood the test of time in the world of local lending. While they have seen other local competitors come and go, their doors have remained open day in and day out for their clients. Loan officers Brown, Jeff Stodghill and Aaron Chick are all graduates of Georgia Southern and have dedicated their careers to reinvesting their passion and talent back into the community.

As proven leaders in the home loan industry, they’ve set the standard in full-service lending, giving “big banks” a run for their money when it comes to face-to-face interaction and building trust. “As a company, our motto is ‘People first,’ and that’s what we hold ourselves accountable to and part of who we are,” says Brown. “The way we go about what we do is meant to enrich the communities we serve as well as the people that we loan money to.” It is in this way Certainty Home Loans does business vastly different than their competitors. It’s not crunching numbers, it is serving the community.

Which is why the Upper East River developers chose Certainty Home Loans as their preferred lender for the properties. The company is known for their presence and involvement in the Savannah area and is trusted by native and transplant residents alike. They create and foster a connection between the financial and personal sides of home buying, which is part of the culture of Southern hospitality that makes Savannah such a special place to live and do business.

As part of Certainty Home Loans’ Community Connection program, employees donate a portion of their commission to local charities–which has contributed over $100,000 to Savannah non-profits since the program began. By donating to organizations such as the Ronald McDonald House and the Leukemia Lymphoma Society–for which Brown was named Man of the Year for 2019 having raised over $74,000–the company is able to give something to their clients that other companies and banks cannot.

Local by the Numbers:

Shoot for the Moon: Cocktails & Fortune-Telling at The Lost Square