The Power of The Dog

Inside that four-legged friend of yours beats the heart of a true wonder of the animal kingdom. It attacks, it defends, and it’s man’s best friend. 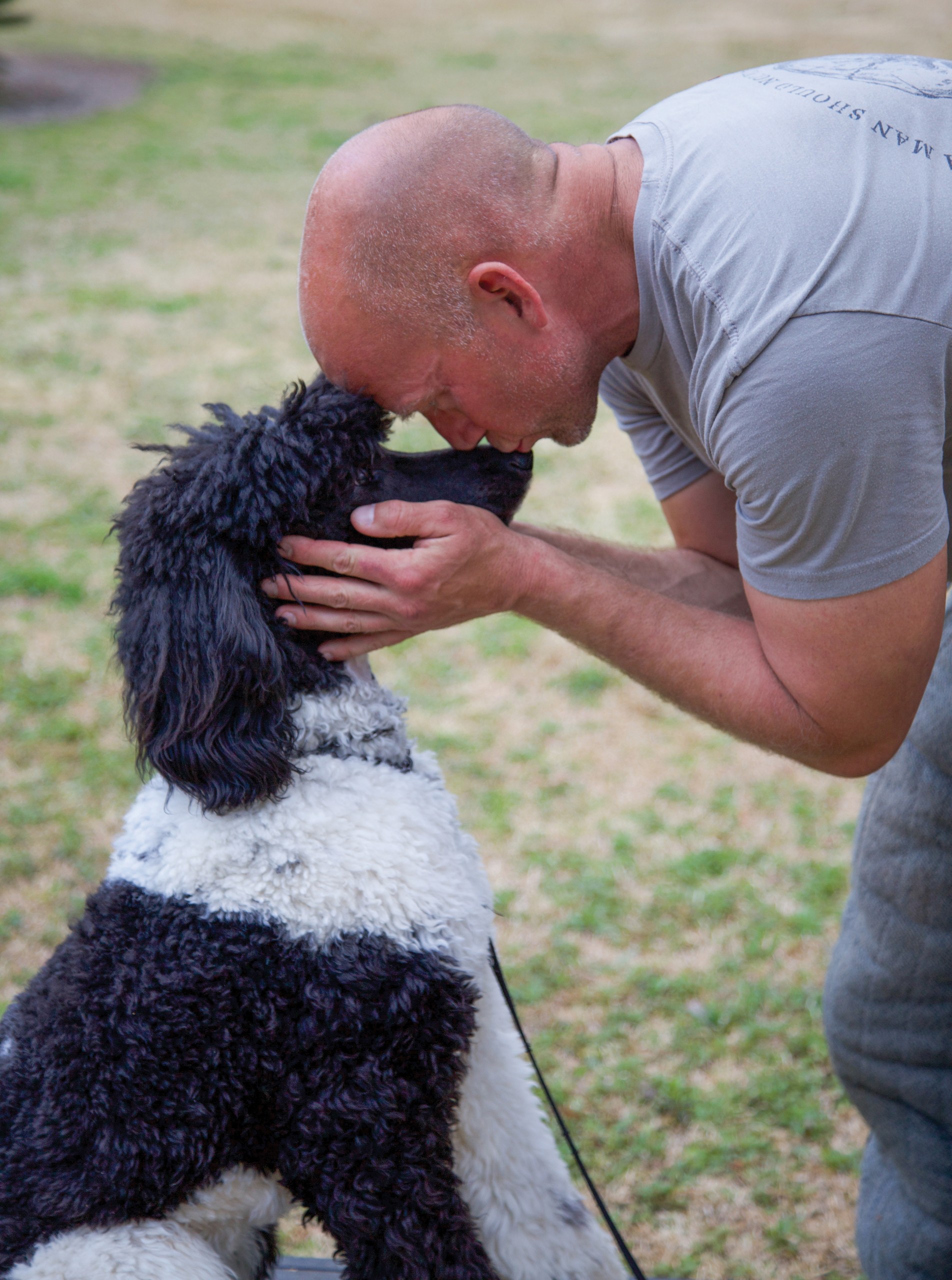 Revolutionary Canine, established in the Spring of 2018, has quickly become the hottest up and coming canine training facility for pets and Working Dogs in South Georgia! visit revolutionarycanine.com for more! Photos / Shae Morrill

Inside that four-legged friend of yours beats the heart of a true wonder of the animal kingdom. It attacks, it defends, and it’s man’s best friend. Read on, and find out the amazing things your dog is capable of.

Whether it’s a small, large, aggressive or fearful dog, working dog or family pet, Kris Morrill has the right program for you.

For a lot of us dog owners, a dog isn’t exactly something you consider useful. 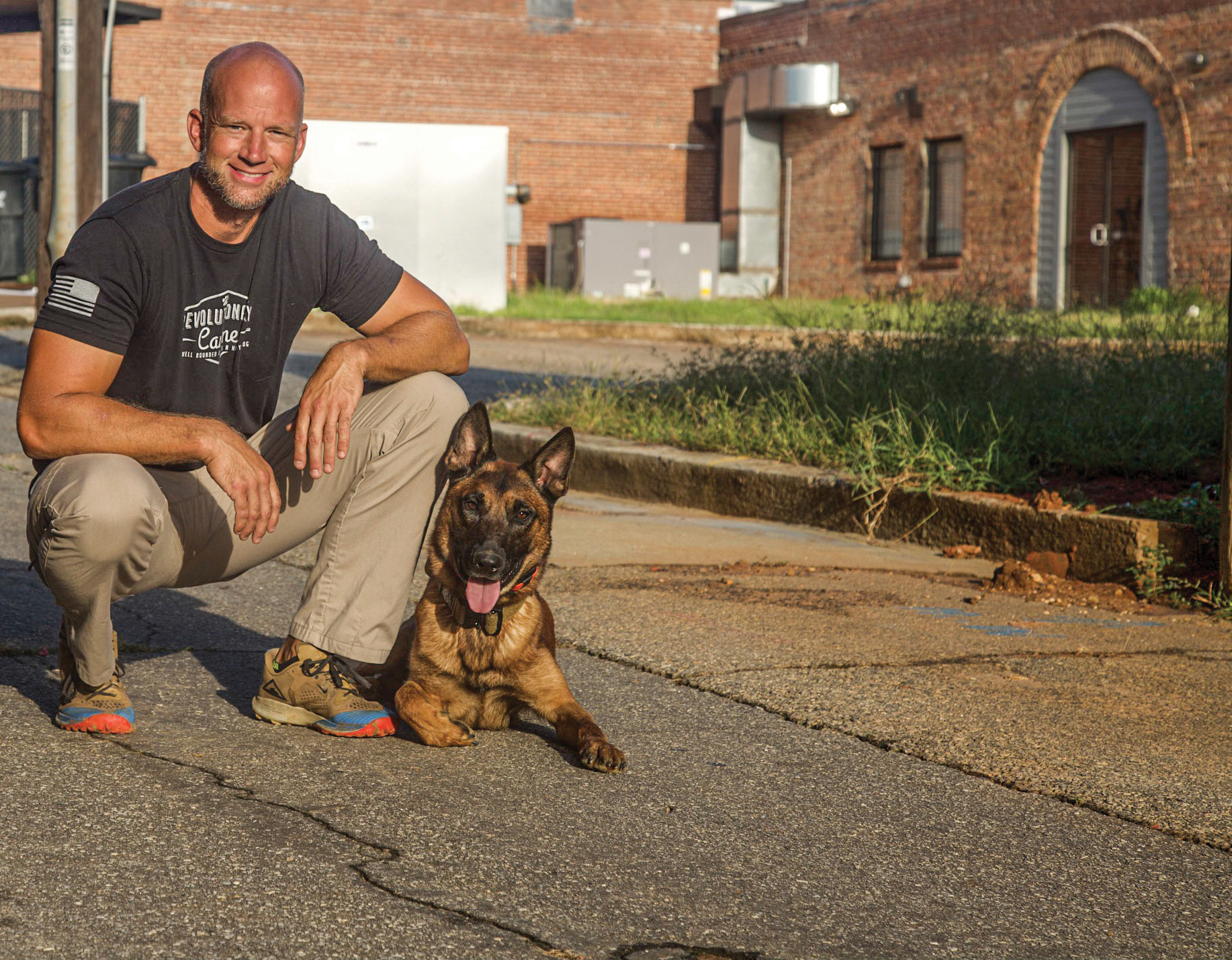 Sure, they may alert you to the presence of squirrels in the front yard, and they are a great alternative to cleaning up food you’ve dropped on the floor, but otherwise they mostly just sit around the house periodically emitting odors.

Kris Morrill sees dogs a little differently. As the owner of Revolutionary Canine in Albany, Georgia, he sees in every dog that enters his facility as a superhero in the making. Tracking down illicit substances, defending against intruders, finding those who are lost, and putting the fear of God in the occasional intruder, the dogs under his command have truly unleashed their potential.

“It’s absolutely amazing what you can get a dog to do,” he said.

His is a multi-disciplinary approach, one that allows him and the dog’s handler to home in on a specific skill set based on the owner’s needs. For example, one area in which Morrill trains dogs is in narcotics detection. This process takes between 6-8 weeks and involves using canine psychology to link the scent of illicit substances with the promise of a treat.

“Not every dog can do this,” cautioned Morrill. “You have to have a high hunt drive. I don’t necessarily mean looking for quail or something, I mean the dog has to have that mindset of being willing to hunt for whatever they’re looking for.” 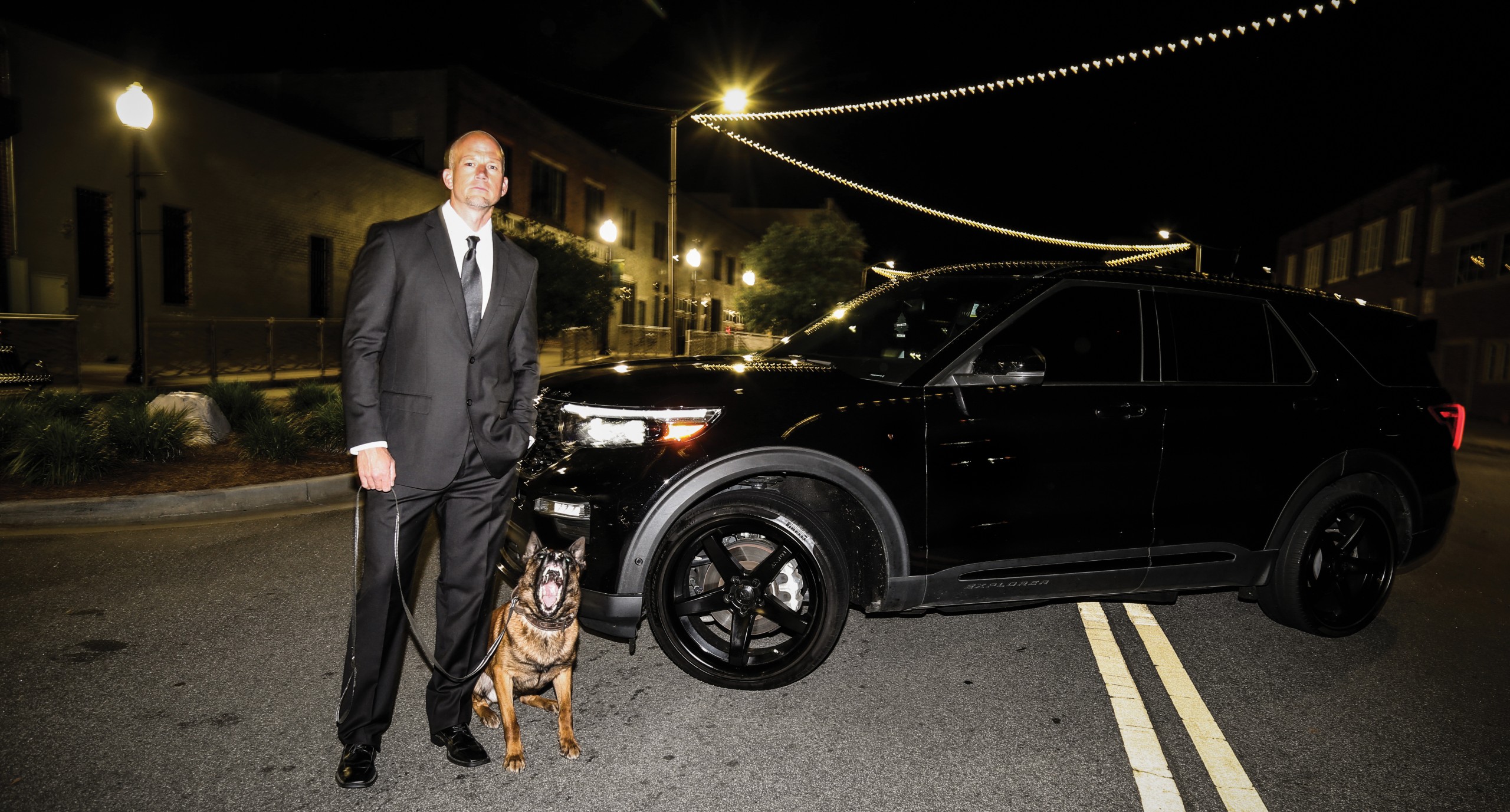 For dogs that have the predisposition, Morrill deploys a specialized training box that emits the odor of a narcotic substance, dispensing something of value when the dog tracks the scent to the source, be it a ball or a treat.

“A dog’s nose is 20 million times stronger than ours,” he said. “It’s just a matter of getting in tune with their olfactory system and linking that system to something of value.”

But a dog is more than just a nose. Certain breeds are physical powerhouses, bred across the generations for speed, pursuit and strength. For those dogs, Morrill offers his expertise in training a dedicated protector for high-powered executives and private citizens alike. And while these dogs can be trained for attack or defense, once again we see that a large part of it is in training the handler.

“Legally, if I’m a civilian, I can’t send my dog to bite you,” he said. “Think of the dog like a firearm. If I shoot you in the back, I’m going to jail.” – Kris Morrill

In that spirit, Morrill’s training focuses more on protection, conditioning dogs to defend anyone threatening their targeted handler.

“It’s just basically a game of tug of war. With a guy’s arm,” said Morrill. “If you get into that space and put hands on the handler, this gives the handler a chance to flee while the dog keeps them busy.”

And those are just a few of the scenarios Morrill has trained dogs for. Explosive detection, law enforcement, cadaver searches… under his care, these animals become so much more than just dogs.

“We’ve trained them to find bed bugs, accelerants during arson investigations, alerting their handler when they can smell their blood sugar dropping, stability dogs for Parkinson’s patients… dogs are amazing,” said Morrill.