The Neon Lights of Myrtle Beach 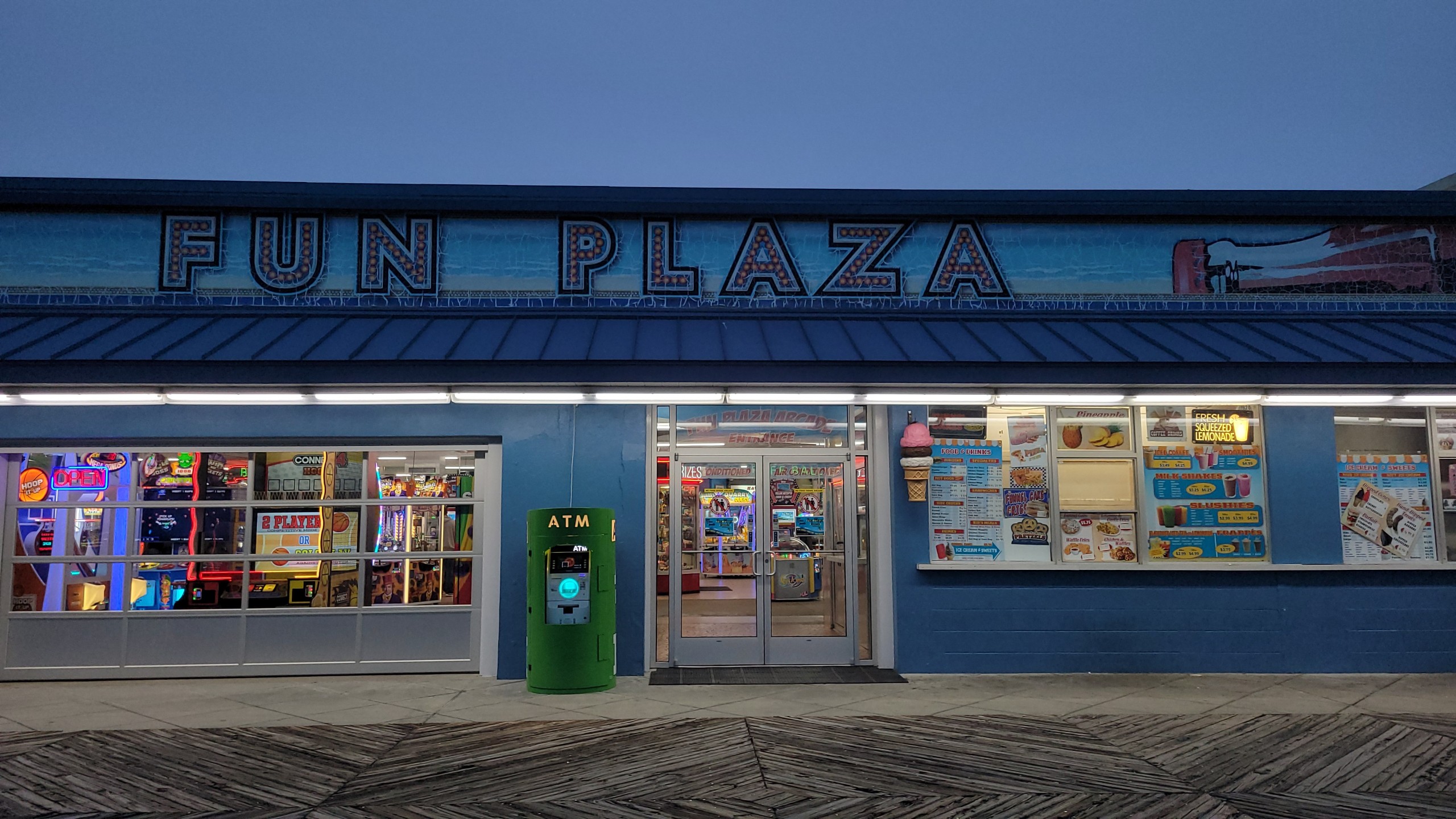 And my town takes a view of Myrtle Beach that’s as dim as Hilton Head streets after sundown. You’ll never see our northern counterpart’s name in any official town documents, but it’s there in every covenant and every ordnance. Like a black hole, it’s only measurable by its effect on things around it.

In nearly every instance, you’ll find a law that was created so that Hilton Head Island would not be Myrtle Beach. As such, it has ingrained in our community spirit a notion of Myrtle Beach as the eternal other, a point of shame in our state’s tourism portfolio. At every contentious town council meeting, you can set your watch by the first old codger who objects to some new plan or building by invoking that hated destination cesspool to the north.

Again, I never questioned this for years. And then one day, I did. And I’m glad I did.

Because there’s a lot more to Myrtle Beach than just neon lights and signs that can easily be read. There’s a true zest for life, and a Southern-scented expression of the unbridled vibrancy that makes this country great. There’s the same dedication to a good time that drew me to Hilton Head Island in the first place, but without the hesitation to crank it up to 11.

I found all of this out first-hand, and I’m here to share with my Lowcountry neighbors: Myrtle Beach is a lot more than just that place we don’t want to be.  It’s a place that, in some sense, we should aspire to be. Because this town knows how to have a good time. 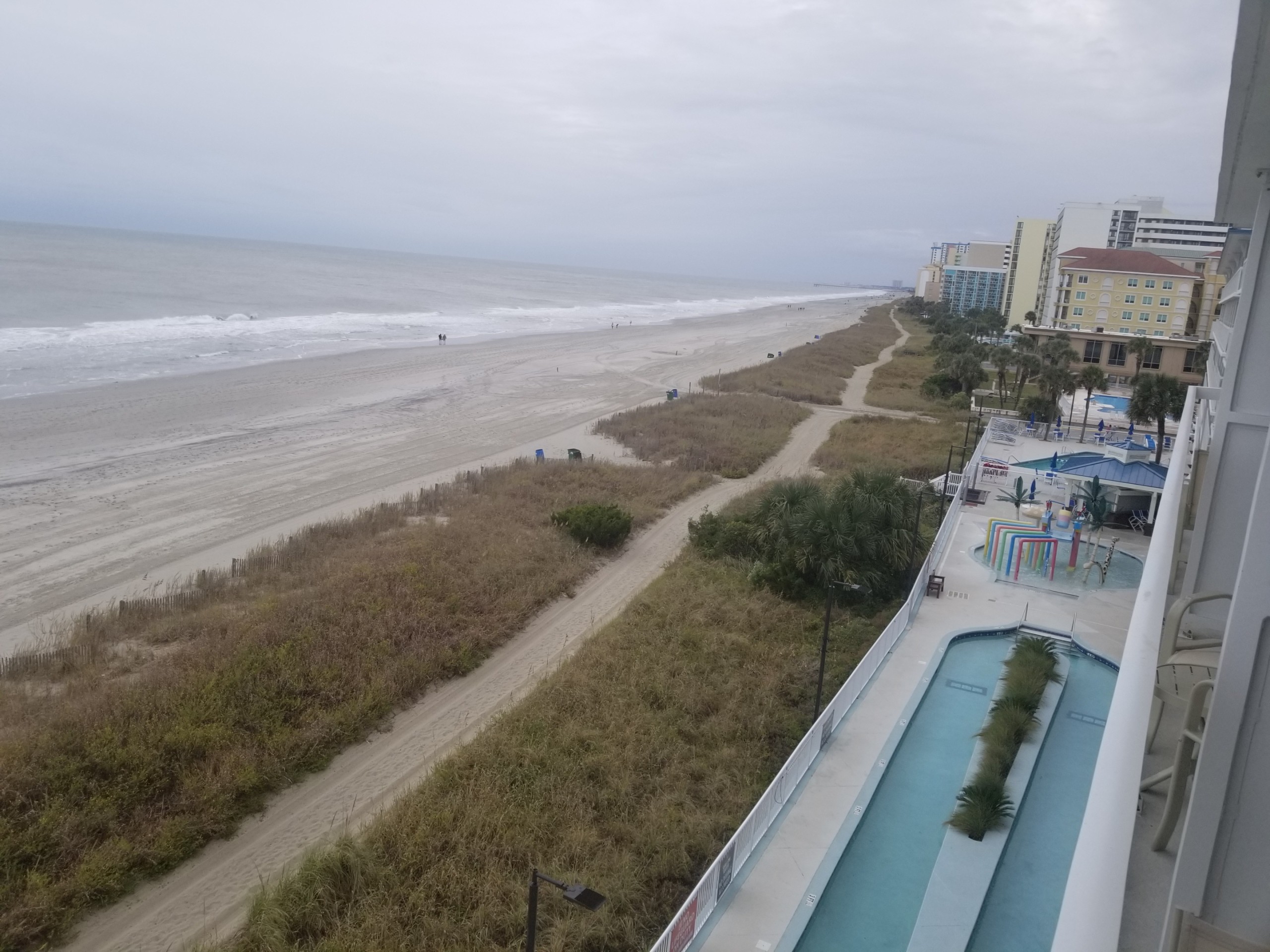 My first stop was the Westgate Myrtle Beach Oceanfront Resort, a towering resort block that serves as a border of sorts on the town’s main drag of Ocean Avenue. To the south, large-scale resorts stretch toward the sky and to the horizon. To the north, the waterpark and family fun zone gives way to the old Myrtle Beach, where mom and pop motels and the occasional resort tower line the grand promenade toward the boardwalk, the arcade, the tourist traps and the neon glow.

Westgate straddles these two worlds, occupying a sprawling stretch of beachfront beauty. While its fellow resorts to the south rest in neat rows of blocks perpendicular to the water, Westgate reaches across a width that puts them to shame. The result is a beautiful expanse of sea that resort guests essentially have to themselves. And if you don’t feel like getting sandy, this wide footprint provides for an epic waterfront splash zone, outdoor bar and pool.

My wife and I took this trip without kids, but we both remarked how much they would have loved it here. And then we day drank, because freedom is only an intoxicant when properly mixed.

Said drinks, a pair of wildly fruity and delicious cocktails served in souvenir Tiki cups at the resort’s on-site sports bar, Drafts. Our bartender knew without asking who we were: a couple of parents taking a vacation from parenting.

Already, I knew I was going to like it here. 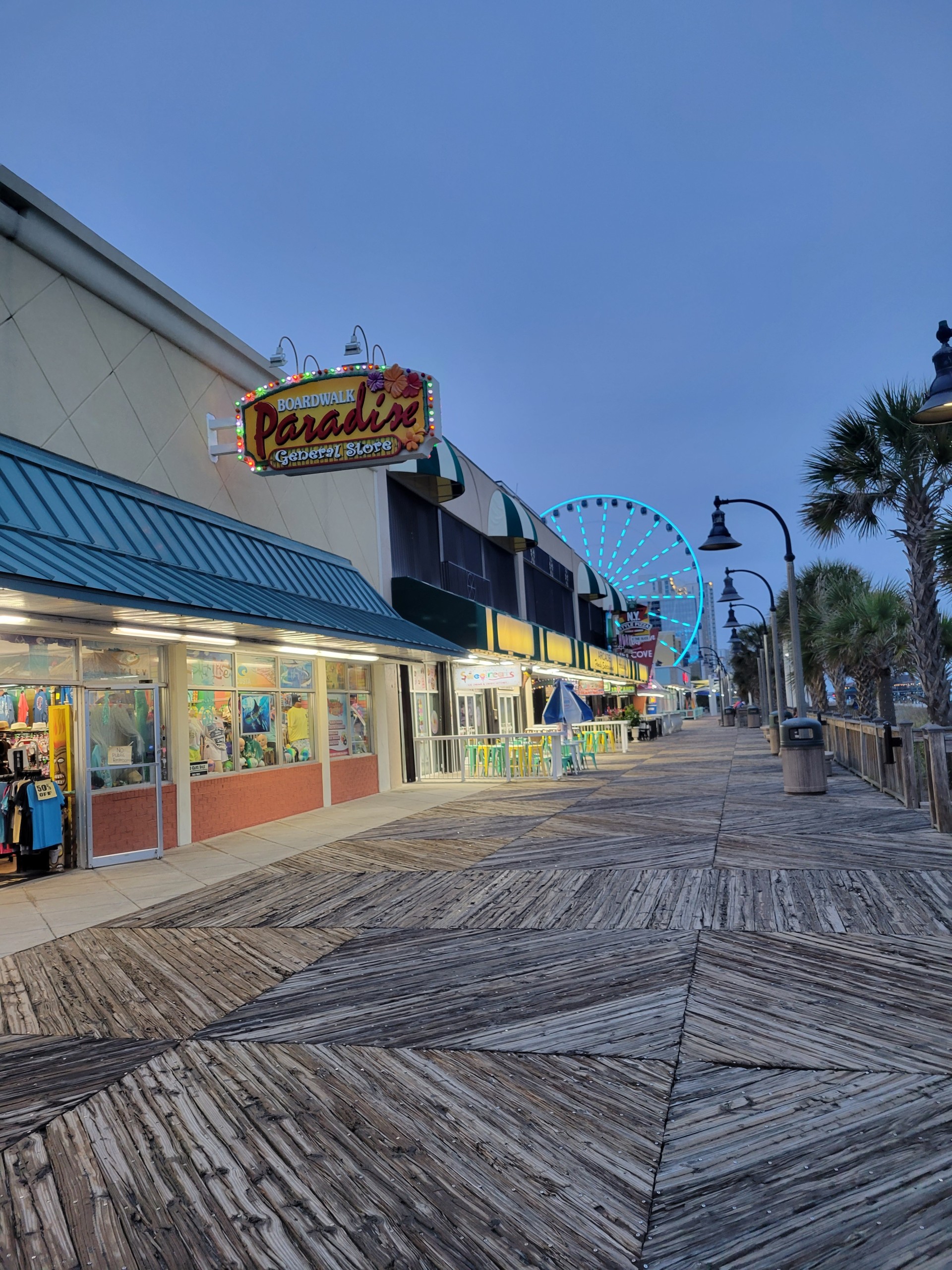 Our Myrtle Beach experience began at a small bar just on the cusp of the main boardwalk tourist zone called Sharkey’s Oceanfront. As tourist season had just wound down weeks ago, and an unseasonable chill was in the air, we had the place all to itself. Our bartender reminded me of any number of bartenders back on Hilton Head, drawn to the tourist mecca in their youth by easy money and then content to stay there for life.

In talking to him, it was obvious that food and beverage life is largely the same here. You have the regular rotation of gap year kids and post grad wanderers who spend a season or two behind the taps and move on. You have the veterans, the ones who know where all the bodies are buried and have figured out how to reap in the offseason what you sow in summer, building a life for themselves.

Leaving Sharkey’s, I realized that despite Hilton Head Island’s protests, we’re not that different.

And then we got north of 9th Avenue, and everything clicked. 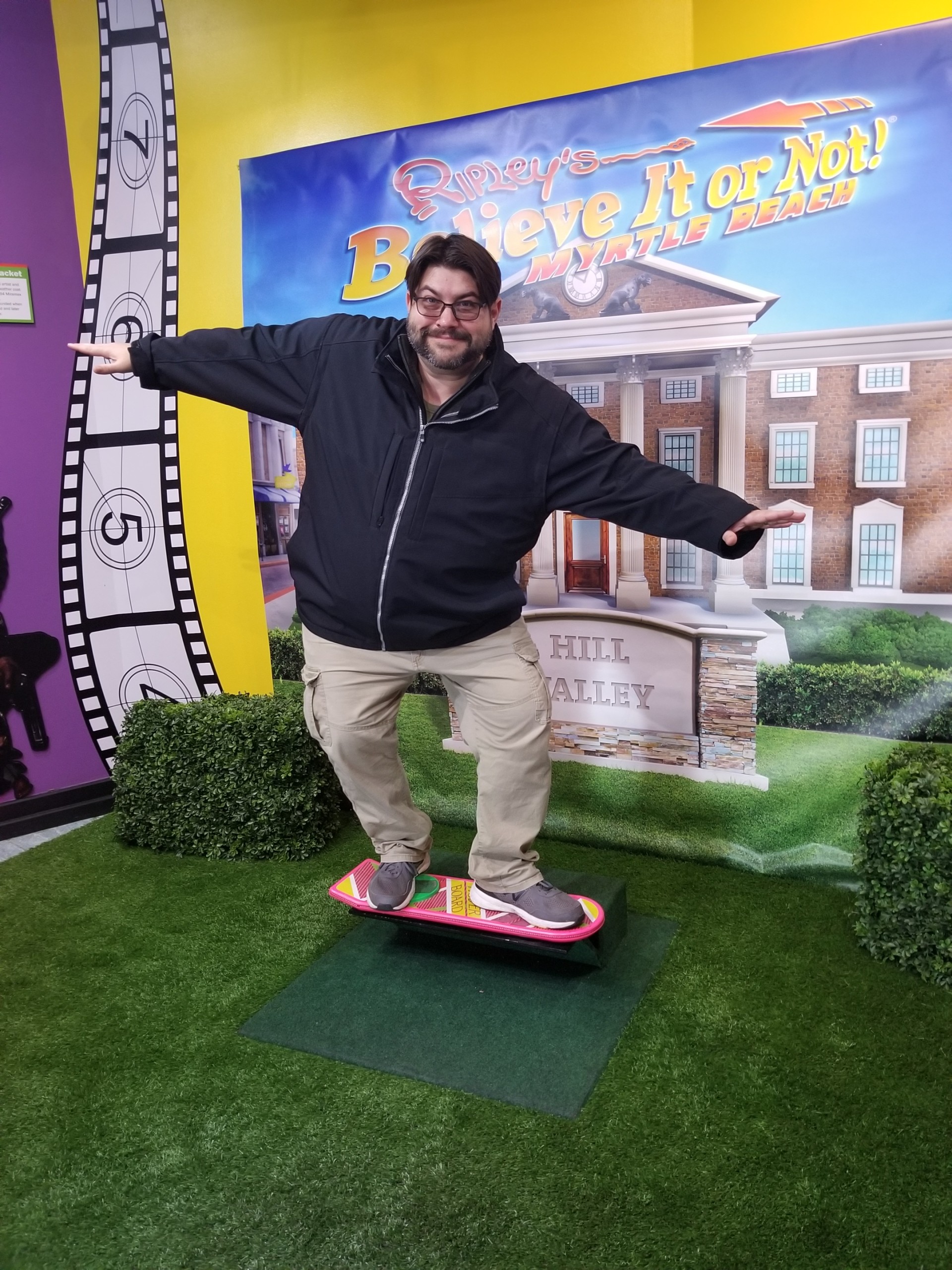 North of 9th Avenue, Myrtle Beach transforms into a neon-drenched slice of Coney Island and the Jersey Shore transplanted onto Southern soil. There’s the Ripley’s Museum, carrying on the famed columnist’s flair for humbug and hokum. There’s the arcade, a cacophony of light and sound matched only by Vegas on a mescaline binge. There was a haunted house, a year-round bloodcurdling walkthrough on par with anything I’ve experienced at Universal’s Halloween Horror Nights. 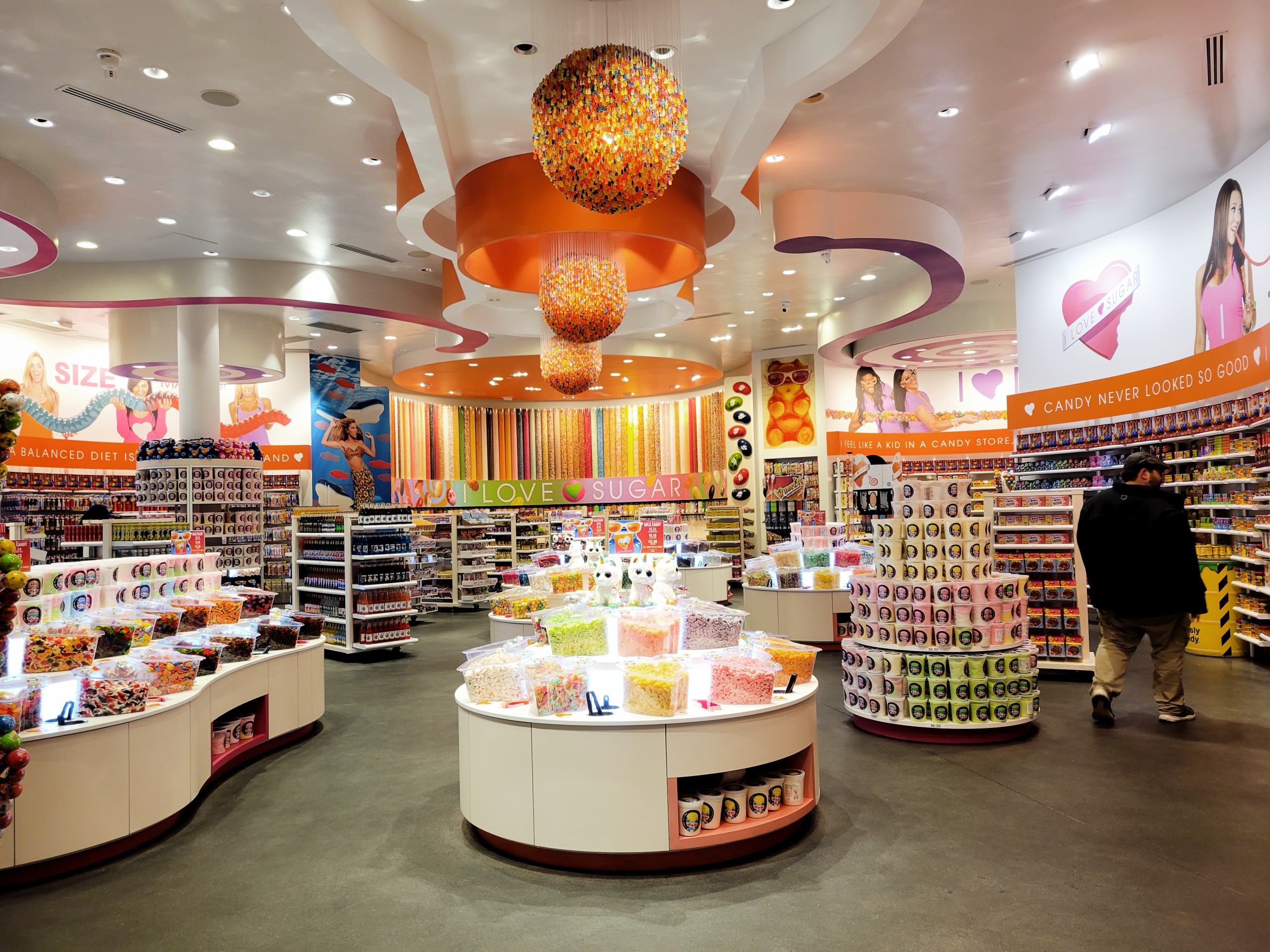 There were candy stores, late night restaurants, kitschy souvenir shops, sketchy souvenir shops, beer bars, wine bars, daquiri bars. There were pizza joints, gyro counters and a whole store full of candy that I should never again visit in the state of inebriation I was in.

In between pinballing around the strip’s many pleasures, my wife and I were able to grab a few drinks at The Bowery, famed as the bar where Alabama got its start, and a couple of alarmingly tall beers at Moe Moon’s. And with our whirlwind night behind us, we were able to digest Myrtle Beach and compare our mental images with reality.

And before I could answer, she responded, “Things to do?”

I don’t want to dog on my adopted hometown. It’s a terrific place to visit and a gorgeously unspoiled slice of paradise. But she wasn’t wrong. 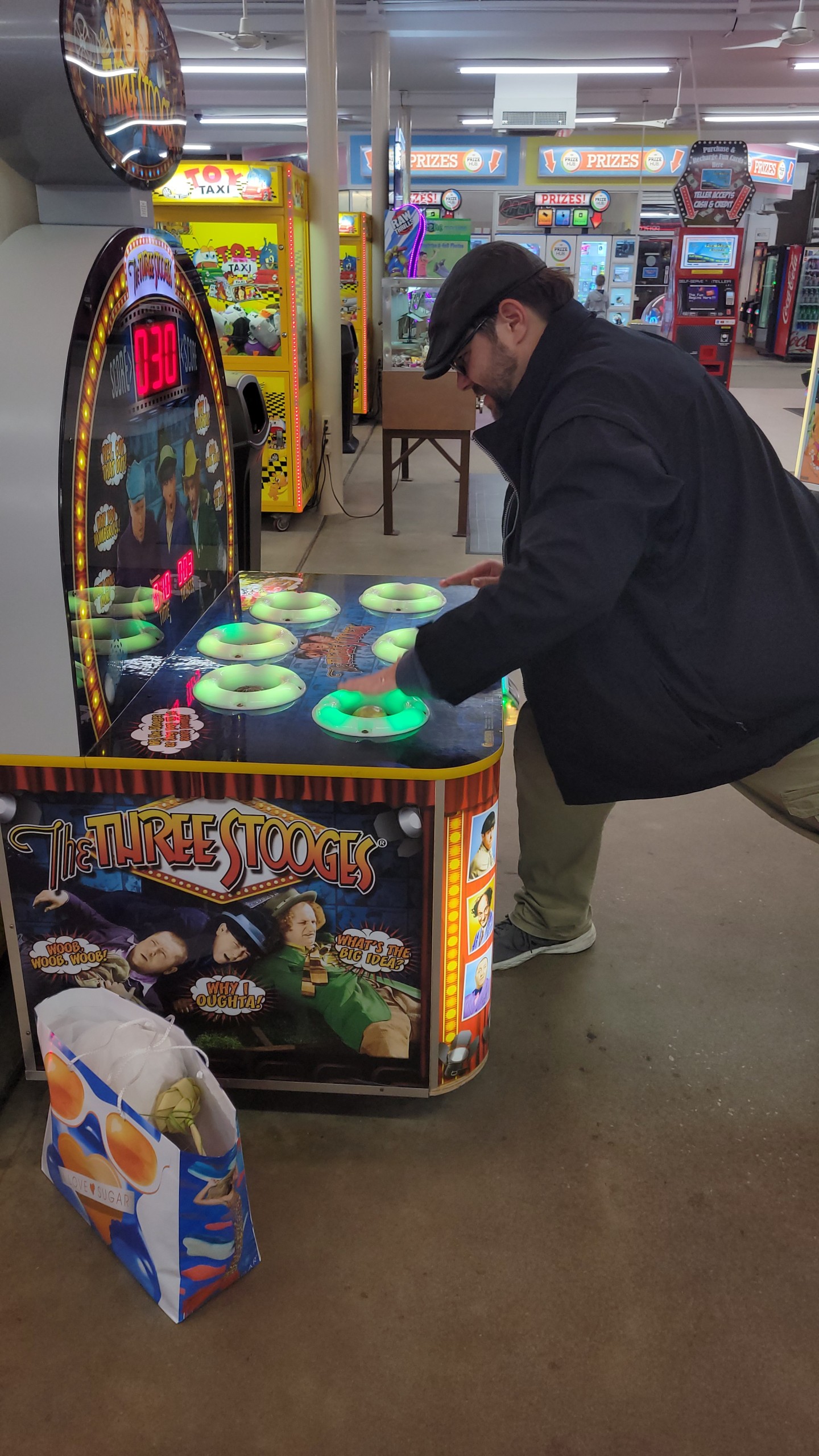 After a few days of excess, it was time to head back to reality. I took one last longing look from our room’s balcony overlooking the waves, picked up an errant beer bottle that somehow found its way into our room’s jacuzzi, and gathered up the souvenirs for the kids that I had fuzzy recollections of buying. Their haul took up nearly a third of the expansive counters in our room’s full kitchen. And yes, I did test out the oven, and it does make delicious pizza rolls at 3 a.m.

But that’s not to say there isn’t magic in that neon. Gaze out across it from the pinnacle of the Skywheel Myrtle Beach and you’ll get some understanding of it. Myrtle Beach is unrepentantly loud. It’s a little more in-your-face than the South typically tolerates. It exudes a vibe like a circus ringmaster, a showman’s flair for the exotic and unbelievable.

And it’s definitely more than I thought it was. We’ll be back. The kids may just have to spend another weekend without us. 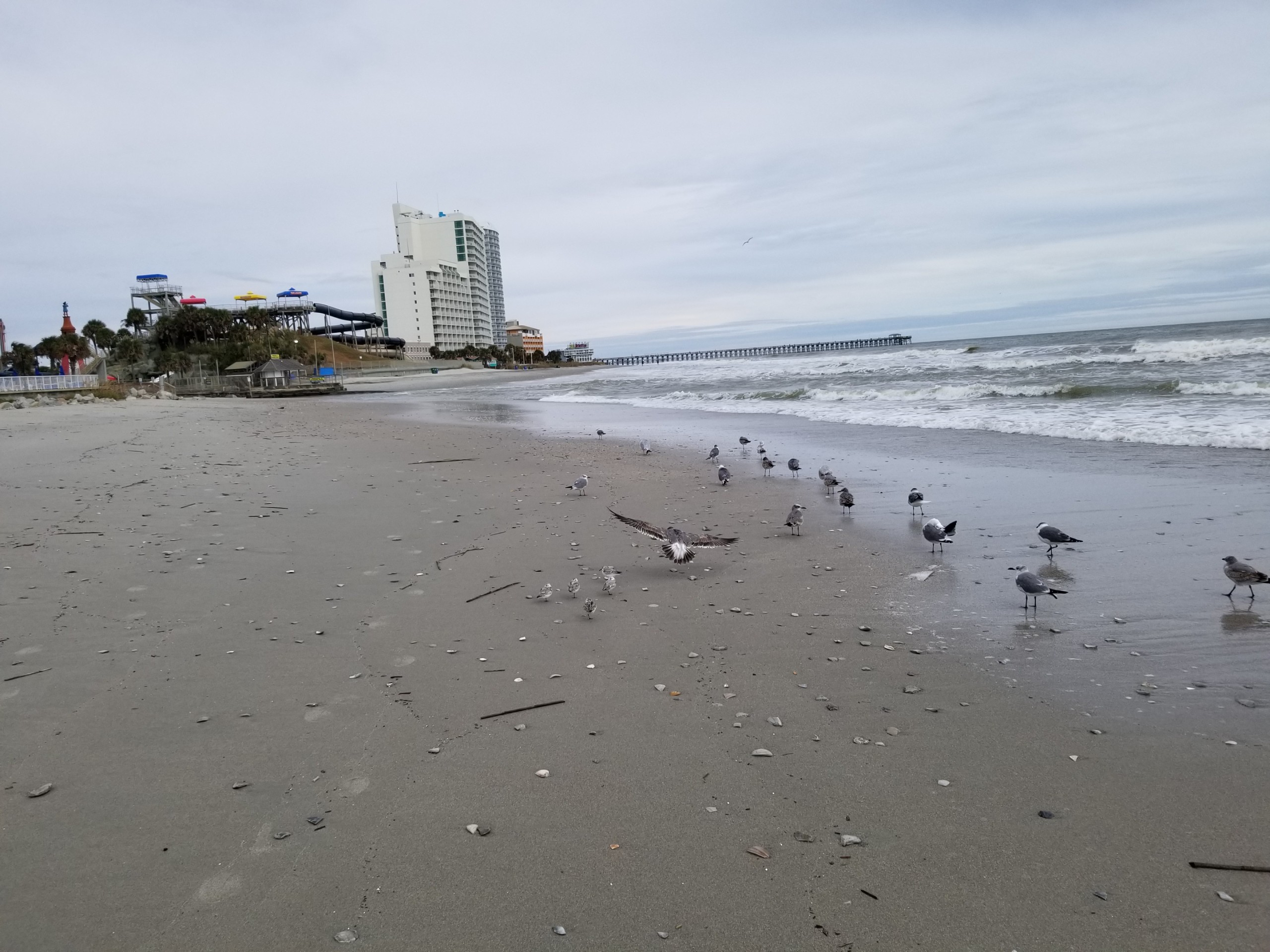