When the world’s most electrifying sport first began its move from dusty arenas to the bright lights of cable TV, Jerry Oates was already a star of the squared circle. 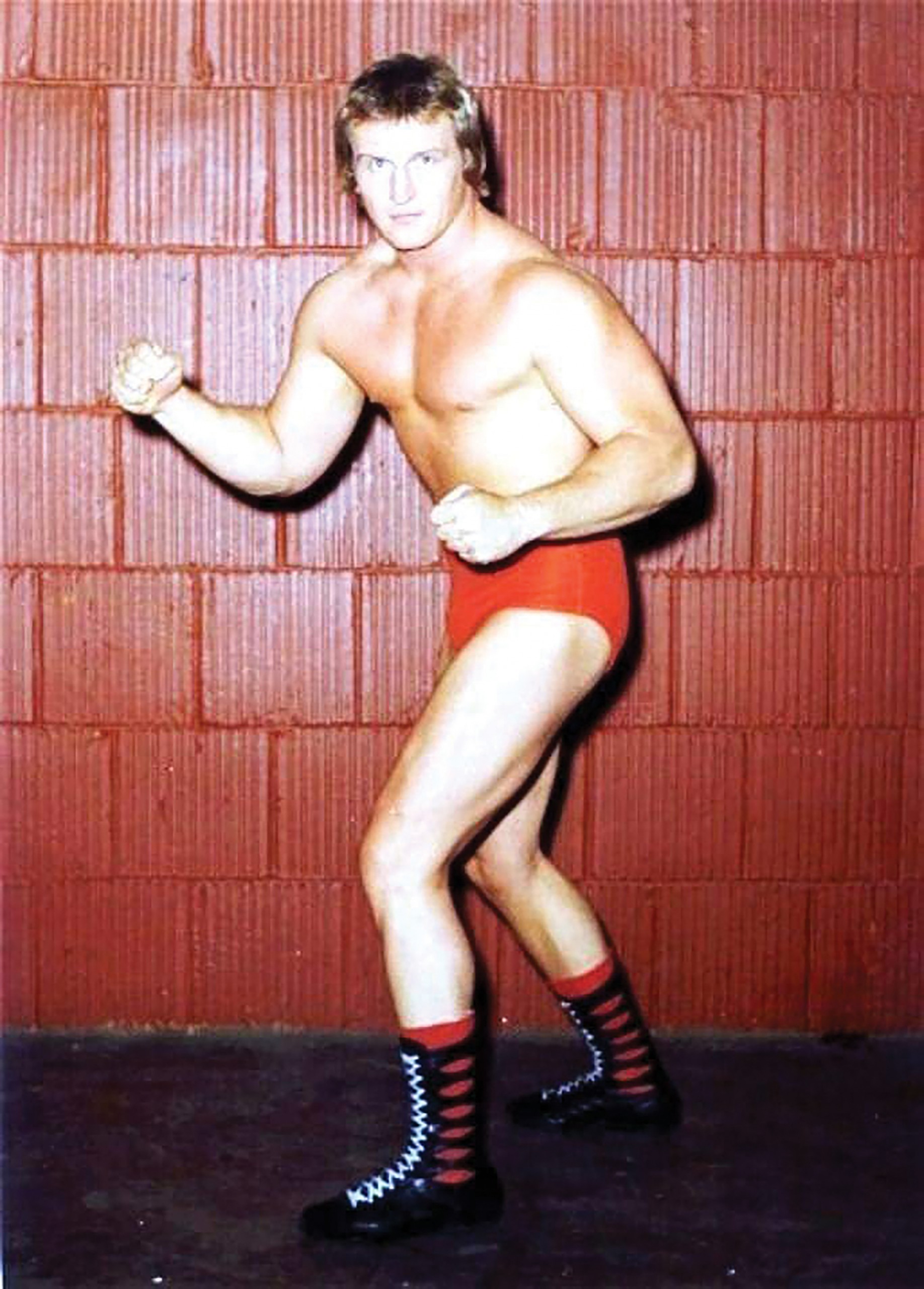 Pack your workout gear! After being closed for 18 years Jerry Oates re-opened the doors to a famous Columbus, GA., gym in 2020. Pack your gear and hit a workout, or find them on Facebook under Oates Gym.

When the world’s most electrifying sport first began its move from dusty arenas to the bright lights of cable TV, Jerry Oates was already a star of the squared circle.

In almost every sport, there comes a moment when it stops being a niche interest and becomes spectacle. Pro football had its adherents during the leather helmet days, but it wasn’t until the first Super Bowl lit up airwaves that it became a national pastime. Ultimate Fighting was illegal in some states until the allure of PPV revenues changed legislators’ tone.

With pro wrestling, it began the moment it moved out of smoky arenas in small towns and onto the small screen. And while we might think of wrestling on cable these days and think of Vince McMahon’s empire, it’s easy to forget that Ted Turner got there first, broadcasting Georgia Championship Wrestling Matches on Saturday nights.

“We started hearing about Cable TV, and we were like, ‘What’s Cable TV? You mean people will pay for television?’” said Columbus Georgia-born Jerry Oates with a laugh. “But you had all this talent in Atlanta. Ted Turner always said, if it wasn’t for wrestling TBS never would have made it.” 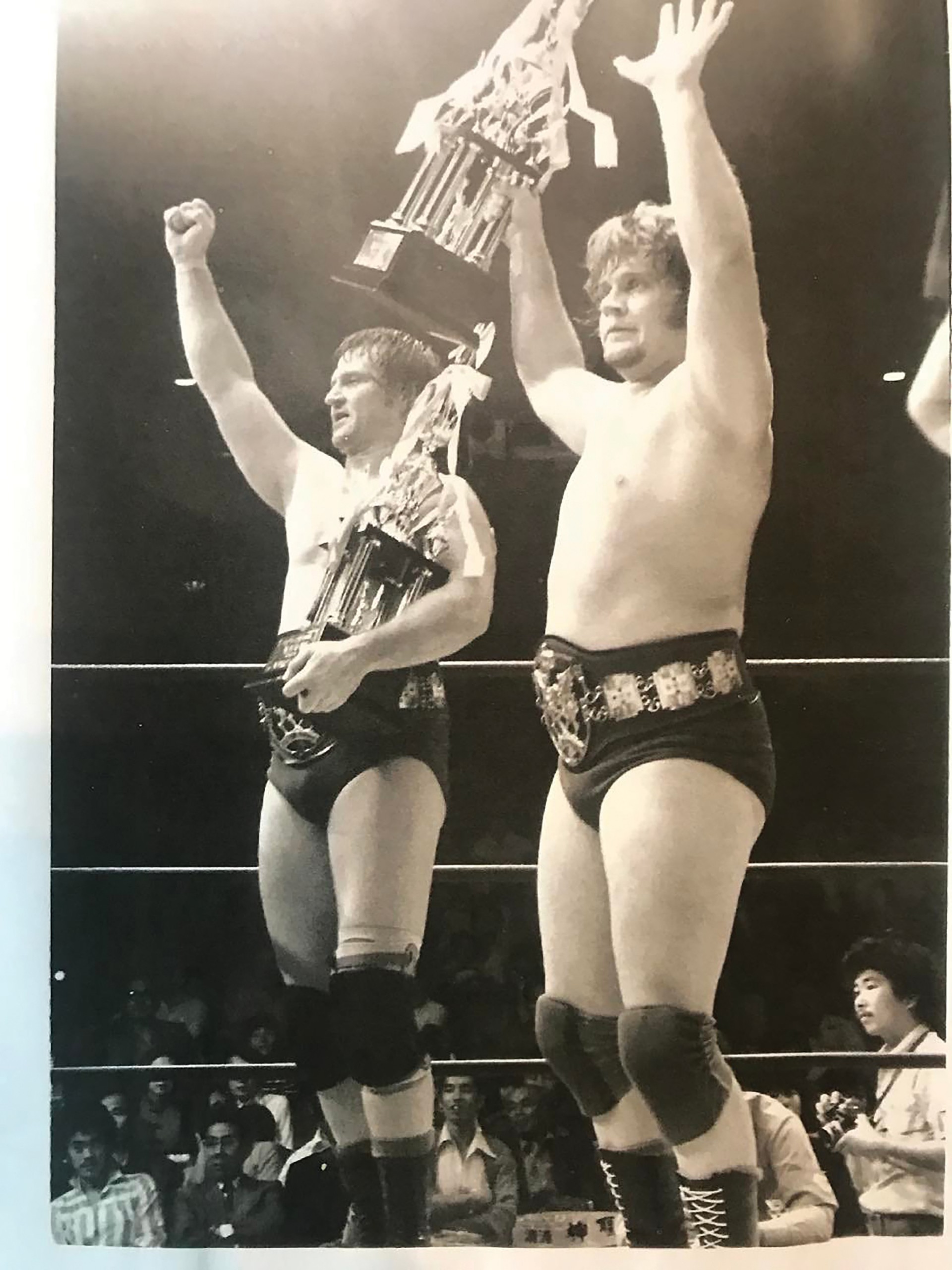 Jerry Oates was one of those early stars of Saturday nights, an already established wrestler who had worked the Georgia territory regularly, branching out as wrestlers did in those days to wrestle in Florida, Texas and the Carolinas. Alongside some of the greats of the sport, from Harley Race and Lou Thesz to Chief Jay Strongbow and Jesse Ventura, he was part of a generation that wrestled on the road, moving from town to town.

“We hit all those states every week. We did 3,000 miles a week. But the business then – all over the country, business was great. It was the right place at the right time,” he said. “I looked back, that must have been a hard life… But that’s what we did. And then find time to get to the gym and work out. But I look back I’d do it again. They might come to Columbus once a month.”

The exposure through TV, as televised wrestling entered its nascency, did create a little more heat with crowds. But for Oates, it was still the same business. 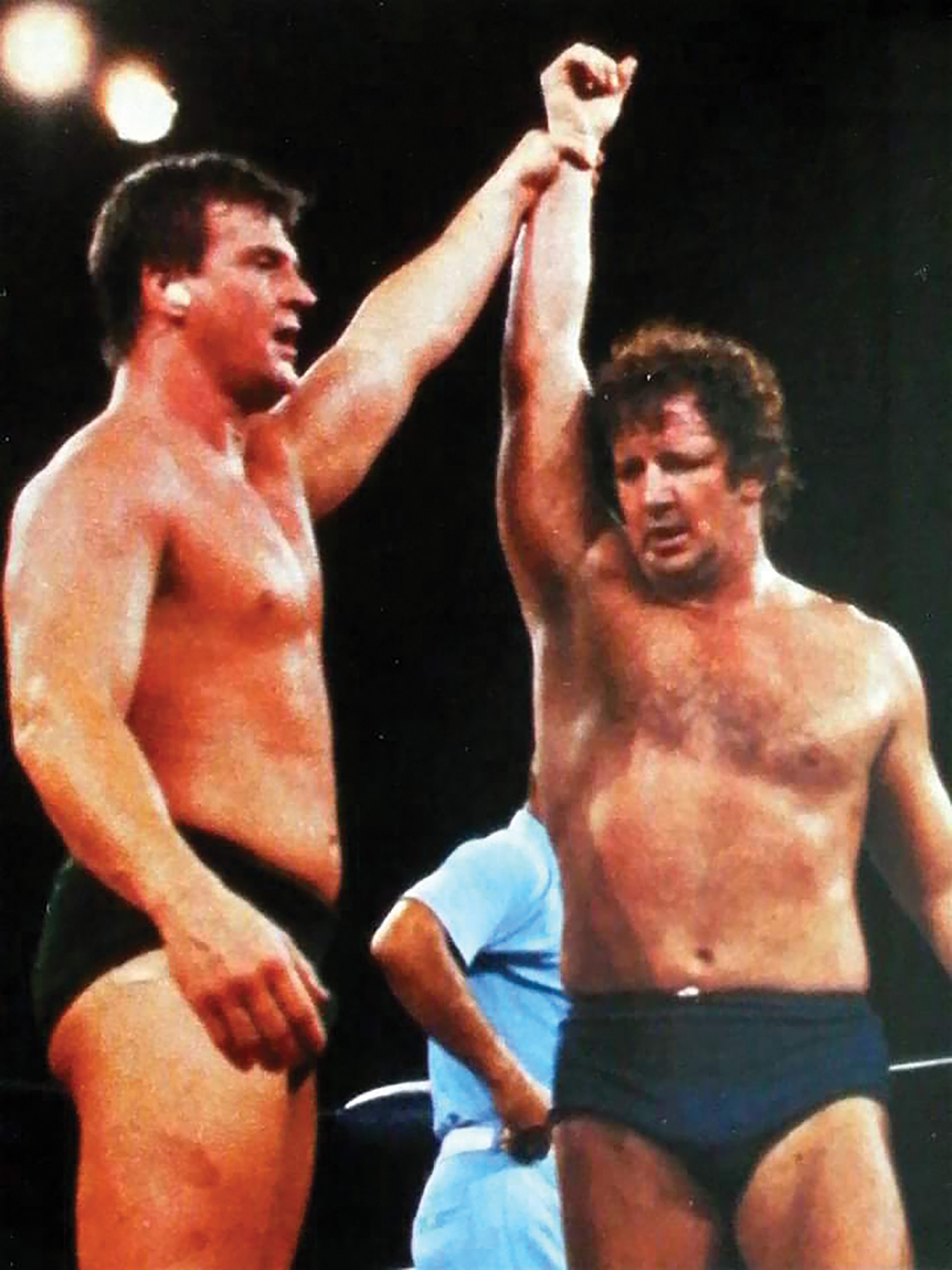 But for Oates, it was still the same business.  “I’d get to Louisiana and people would know who I was,” he said. “In Oregon, they’d already seen me. We went to a TV station and wrestled… [with] how many millions of people watching you? To us it was no big deal.”

And while he would continue to wrestle extensively, moving from territory to territory and enjoying trips from Japan to Saudi Arabia to work the crowd, all around him the business was changing. Inspired by Ted Turner, Vince McMahon had taken his World Wrestling Federation national, forever changing the sport.

“Of course when McMahon took over there was big money,” he said. “He tried to make Harley a clown. But they were making some good change, so they swallowed their pride. Every man’s got his price.”

Oates looks at the state of wrestling now with an odd mix of regret and sadness, admitting that he hasn’t watched wrestling in nearly 17 years. To him, the hooting and hollering, the pageantry and gimmicks of modern wrestling are a bastardization of a sport he grew up loving.

To him, there’s a purity to it. A dedication to putting on the best damn show possible, night after night in town after town, that has been lost somewhere in the pay per view revenues, the merchandise and the movie deals. To him, wrestling is somehow greater than all those things.

“It was a different era,” he said. “I feel honored to have done that. I had a great career. I only wish I could do it again.”