Southern Beach Life: A Look Back on a Lifechanging Event

A life-or-death situation. A split-second decision. And consequences that change a life forever. Mack Kitchens faced them all in one shining moment of heroism. 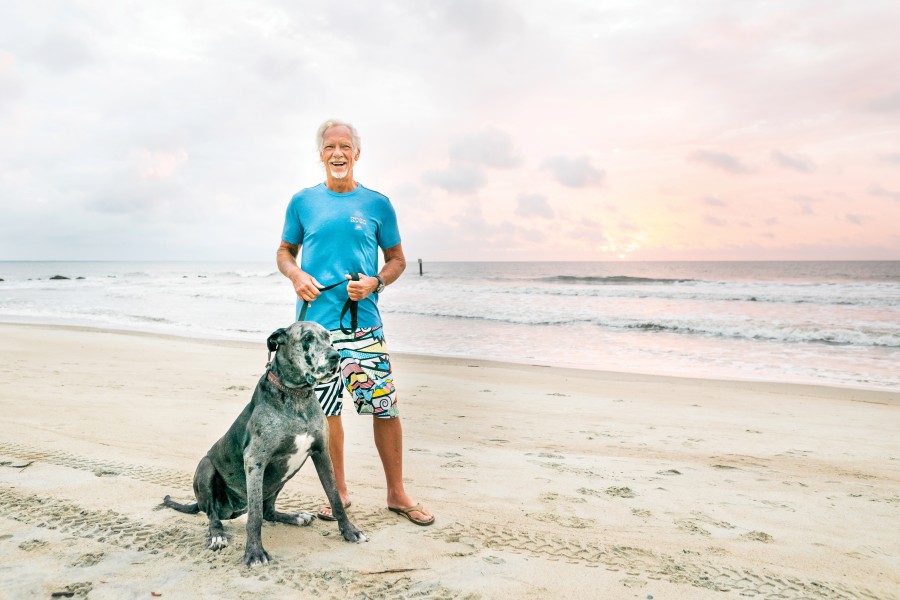 “God put me where I needed to be at that moment.” – Mack Kitchens

It started with a scream. After more than a year, Mack Kitchens is ready to talk about the August evening that changed his life forever, and the heartbreaking decision he had to make with a life on the line.

The spry 64-year old was out kitesurfing on the south end of Georgia’s Tybee Beach as he had fairly regularly for years. Tides on this beach tend to ebb and flow with a fury, creating relentless currents that are as dangerous as they are ideal for kitesurfing. As he readied to take on these waves, Kitchens heard the first warnings that death had rolled in with the tide.

“It was dark, but I could hear the girl screaming, so I pretty much used her as a beacon,” said Kitchens. Hollering at a bystander to call 911, Kitchens mounted his board and paddled out to the rescue guided only by screams. They would eventually lead him to two teenage girls, trapped by the currents 100 yards from shore.

“They went out at low tide and didn’t realize that tides came in so quickly,” he said. “You have a whole ocean filling up a small space. They were in a hot spot, and they got caught in a whirlpool.”

Finding the first girl, Kitchens spotted the other one about 20 yards away. In a do-or-die moment, he had to make a tragic decision. To save the one girl he’d found and make it out alive, he would had to leave the other behind. “I was focused on the girl still in the water and I was watching her as she had become so tired of the struggle that she kind of just gave in and slipped away,” said Kitchens.

He returned to shore where the Coast Guard was already waiting. Despite the fatigue wracking his body, despite the deteriorating conditions, he went back out for the other girl. Even so, in his heart he knew it was too late. Her body would wash ashore in Chimney Creek near Spanish Hammock following a search by The Coast Guard, Chatham County’s Mosquito Control Helicopter, Tybee Fire Department, Tybee Marine Rescue Squad and Tybee Police Department.

For his actions, he was hailed as a hero. But that’s not exactly how he sees it. “It’s not what people think it is,” he said. “It was just tragic and that’s the only thing I can really say.” All the same, when the grandmother of the girl he was forced to leave behind reached out, Kitchens showed his trademark humility. “It was a humbling moment being thanked for something you didn’t accomplish.”