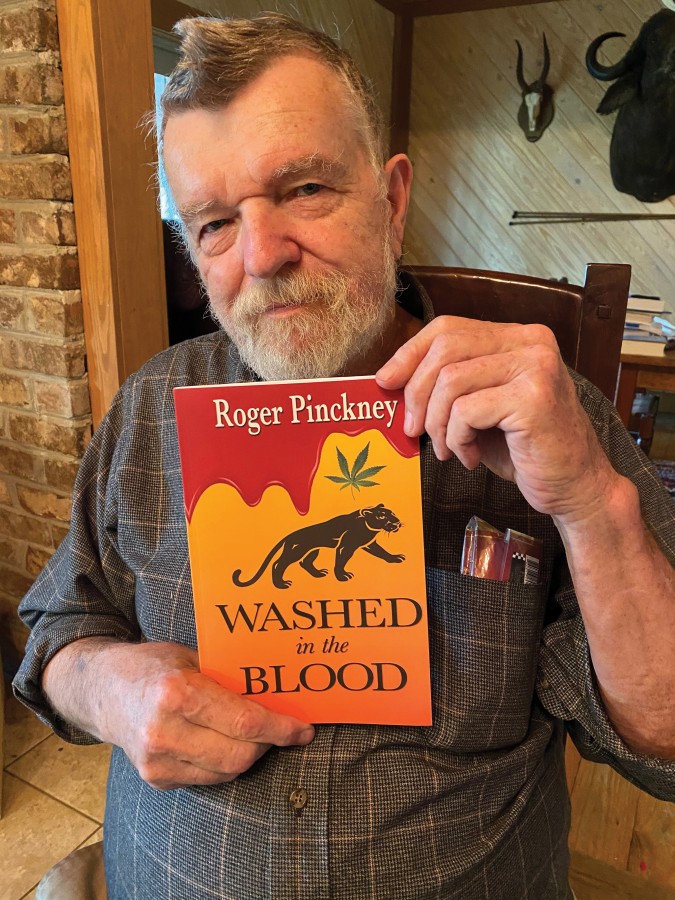 There are monsters out there in the Southern wild. Beasts with razor claws, their every instinct honed by generations of evolution to stalk and kill, they roam the darkened bowers of Dixie in search of prey. If you’ve ever felt the gut-churning sensation that you were being watched while traversing this wilderness, that was an Eastern panther.

That is, unless you believe the official story.

“DNR does not want to acknowledge [the panthers], because they’ve already announced them extinct. It would be an embarrassment, and they don’t have the money to do anything about it,” said Roger Pinckney, Daufuskie-Island based author of “Washed in the Blood.”

The latest book from the prolific author of the novel “Reefer Moon” and scores of non-fiction essays, “Washed in the Blood” centers around the mysterious Southern panthers that have been an obsession of Pinckney’s for years. In addition to writing about the big cats both in his latest book and magazine articles, Pinckney has aided scientific research groups digging into claims of panther sightings.

“I would say it’s almost to the point of haunting me most of my life,” he said.

While he’s never seen one with his own eyes (“If anyone was going to hallucinate one, it would be me,” he said) he’s collected scores of stories from those who have. A game warden who watched one prowl by the hood of his car. A construction foreman on the S.C. 17 widening project who saw two of them while out hunting. A trusted friend who saw a cub in the ACE Basin. “He told me the kitten was spotted, and not a lot of people know juveniles are spotted,” said Pinckney. “He wouldn’t hallucinate something he didn’t know.”

The mystery surrounding these cats, and the lengths authorities will go to ignore their existence, frames a novel packed with Pinckney’s trademark Southern charm and powerful prose. “Washed in the Blood” is now available wherever books are sold.

Washed in the Blood

[an excerpt from Roger Pinckney]

“Meatball was the three-hundred-pound ice, diesel and gas man at Spanky Lufkin’s seafood dock on Lucy Point Creek. Palmetto log piling, sun-warped pine decking, tin-roof, rattle-window office at the end, it leaned this way and that, according to the last hurricane wind.

Meatball weighed the shrimp and crabs, wrote the chits and Mr. Spanky deducted the ice, bait and fuel, and cut checks every Friday afternoon. The Stop-and-Rob bacon, bologna and Wonder Bread grocery store and the Stop-and-Rob liquor store were both up on Sam’s Point Road, not far away. A man could live pretty good if he laid back some of his catch.

Meatball was also a deacon in the Friendship Baptist Church, over on Coosaw Island, where you come to Jesus every Sunday even if you already come the week before, so you dare not question his measure. He spoke pure Gullah, the Geechee creole from the slave ships four-hundred years ago. Written like it sounds, you could not read it. If you heard him speak, you’d wish he came with subtitles.”