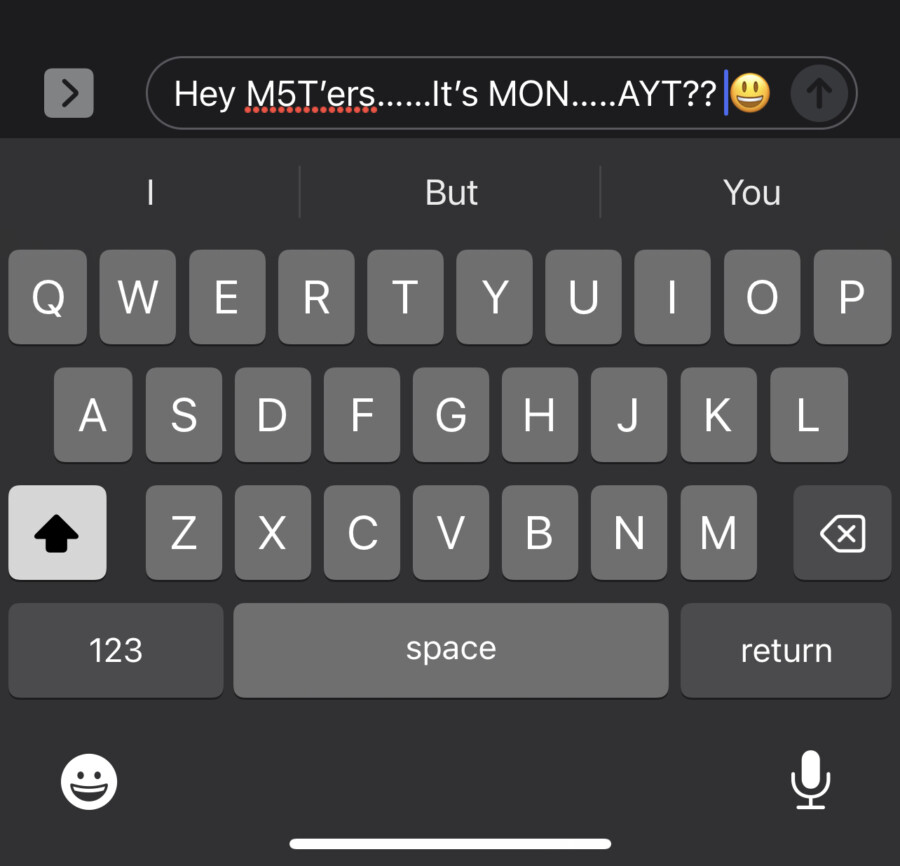 Saturday this past weekend marked the 30th anniversary of the first SMS message. Yeah. 30 Years.  According to research group UBL, 23 billion text messages are sent every day; 16 million every minute of which 26% come from the US. As you finish reading this morning’s M5T, over 20 million more texts will have been sent from the US. That’s a lot of acronyms and poor grammar.

An article from Daily Brew inspired this mornings M5T. The short article suggested that if Francis Scott Key were to have access to the technology in 1814, he might have texted, “Hey Buddy, does ‘rockets’ red glare sound dumb?’ CMB”. I ran with the idea wondering what certain other people in history might have texted. IMHO, this morning’s M5T offers up a lighthearted start to the week.

According to history, Rome was founded by two brothers Romulus and Remus in 753 BC. In order to solely rule the city, Romulus killed Remus and named the city after himself. This may have been texts between the two twins:

In 360 BC, Aristotle and Plato might have shared and pondered deep philosophic thought on their smart phones rather than papyrus:

Rather than using his recognizable voice over the BBC airwaves and articulating his speeches to the House of Commons, Sir Winston Churchill might have summed up his thoughts in texts:

Despite being misquoted to this day, Marie was out of touch with the French who brought on the revolution from 1789 to 1794. She may have put her disdain for commoners out in the ether:

Hmmmm….was it legal for magi to text and camel? The three wise men may have texted the following as they made their way across the desert in search of the birth of the King of Kings:

BTW, bonus points FTW and a ^5 for anyone that knows all the text language without Googling them! LMK HUMO. Here’s to a week of LOL, H&Ks, being GUCCI, MWAHs, and  LUVYAs. ADBB.

M5T is now online on South Magazine… Read it here…..

For 11 years, D. Paul Graham has published “Monday 5 Things” ™, also known to readers as M5T ™.  Each Monday, Paul shares his observations, thoughts and passions on people, life, and culture.