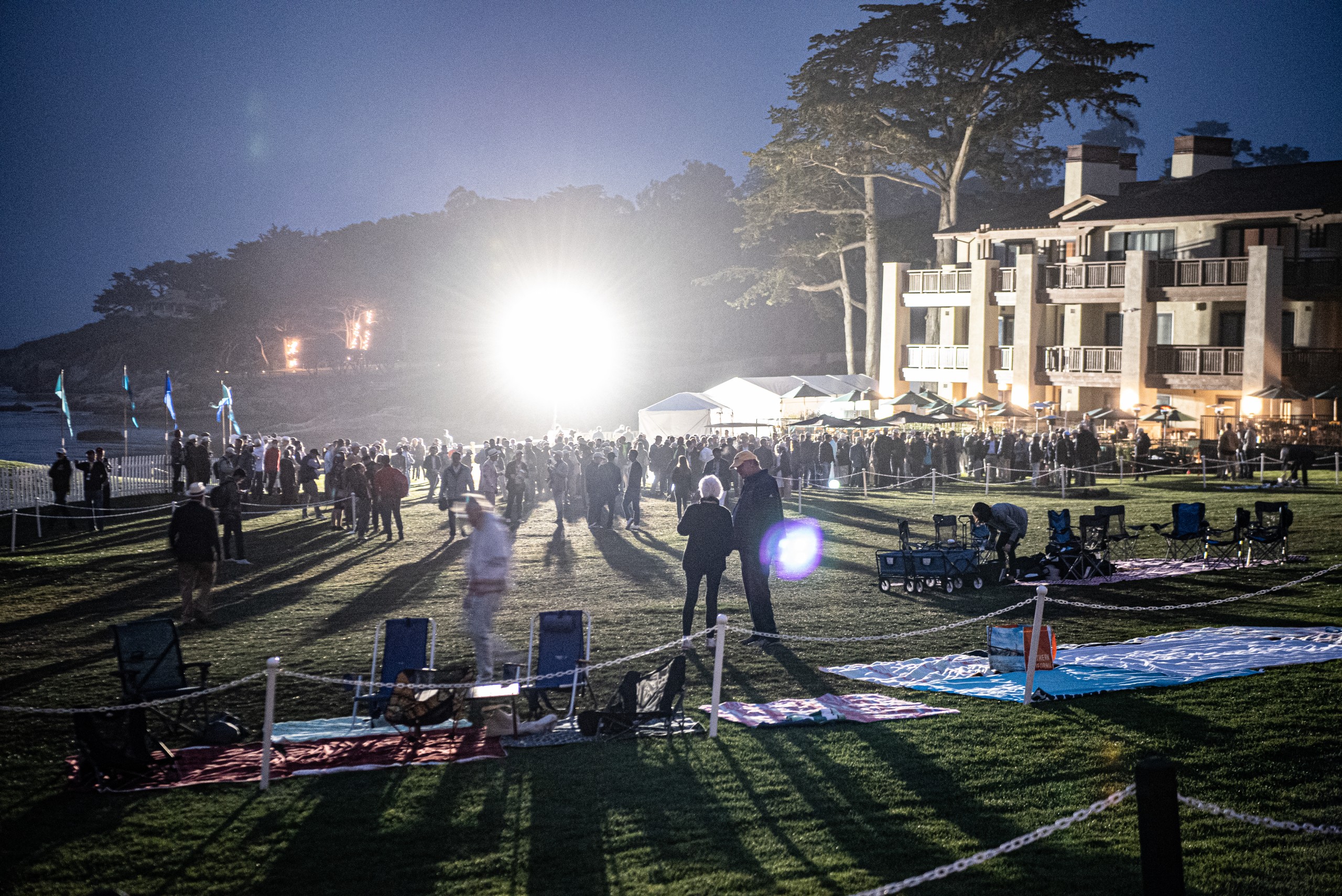 I once again pinched myself as I walked down Peter Hays Hill to the Lodge at Pebble Beach, thankful that Michael Brooks and South Magazine arranged for ‘South Goes West’ after Covid cancelled last year’s concours. It was early; like 4:30 am early, as the fog and mist enveloped me on as I made my way to the 70th Pebble Beach Concours d’Elegance tradition called ‘Dawn Patrol’. The air was thick with the smell of rich petrol, the rumble of engines echoed along the shoreline of the bay, and a general sense of excitement for everyone awake that early was prevalent. The fog and mist remained as the sun started to rise, slowly illuminating hundreds of some the world’s most beautiful cars as they were paraded onto the 18th hole of Pebble Beach. I once again realized how fortunate I am to be living one of my passions. A lot was seen and heard this week. This morning’s M5T shares some the conversations heard and had during this past week in Monterey, Pebble Beach, and Carmel by the Sea.

Wide-Eyed young boy bouncing with excitement as he and his dad wandered through the prancing horses on the first hole of Pebble Beach during Casa Ferrari. Son asks, “Dad, wouldn’t you love one?” Dad, with a faraway look as he slowly walks around the F50, “you have no idea how much.” Son, “what do we have to do to get one?” Dad, “a lot more son, a lot more.”

“And I named this car after my father, who invested all he had, slept in my little 2-bedroom apartment, and lived and breathed design and engineering with me, all so I could realize my dream. I’m thankful he got to see this.” ~ Christian von Koenigsegg on his naming of the twin turbo, 5-liter, 1,600 horsepower Jesko.

I interloped on a father and son over breakfast on Thursday. They were discussing their car collection. The father praised his son for how he had handled the collection so far and asked the son if they should spend their allotted funds on one or two cars or spread it over several cars. Then added that it would be up to his son to decide how, when and where the $10 million would be spent.

As the un-named mustachioed photographer left the grounds of the Quail on Friday, two Monterey County police officers were standing beside their patrol car. Un-named mustachioed photographer asked the officers if he could take a shot of them. The clearly senior officer stepped forward with a serious look and said it would depend. I, I mean the unnamed mustachioed photographer asked on what? The officer said, well if you plan on shooting us with those cameras ok, but if you have a firearm somewhere, we need to discuss that. Two great guys that were a lot of fun and I realized I need to change my vernacular. On another note, with all the unfair and negative press given to LEO’s, it was an awesome statement by The Quail that part of the charity funds raised during the event were directed to the California Highway Patrol 11-99 Foundation.

“Thank you for being here. We missed you last year.” Heard over and over again from all the staff at the Lodge, the volunteers, and generally anyone involved with the Concours. It was good to be back after Covid.

Here’s to a week of embracing and living your passions, whatever they may be in life.