Will Horner, the troubled high school hero of “Freeze Frame,” is torn between two realities. Life is a movie in one where, for better or worse, he is the star. But in the other, he’s an introverted filmmaker struggling to leave behind his past while starting at a new school. 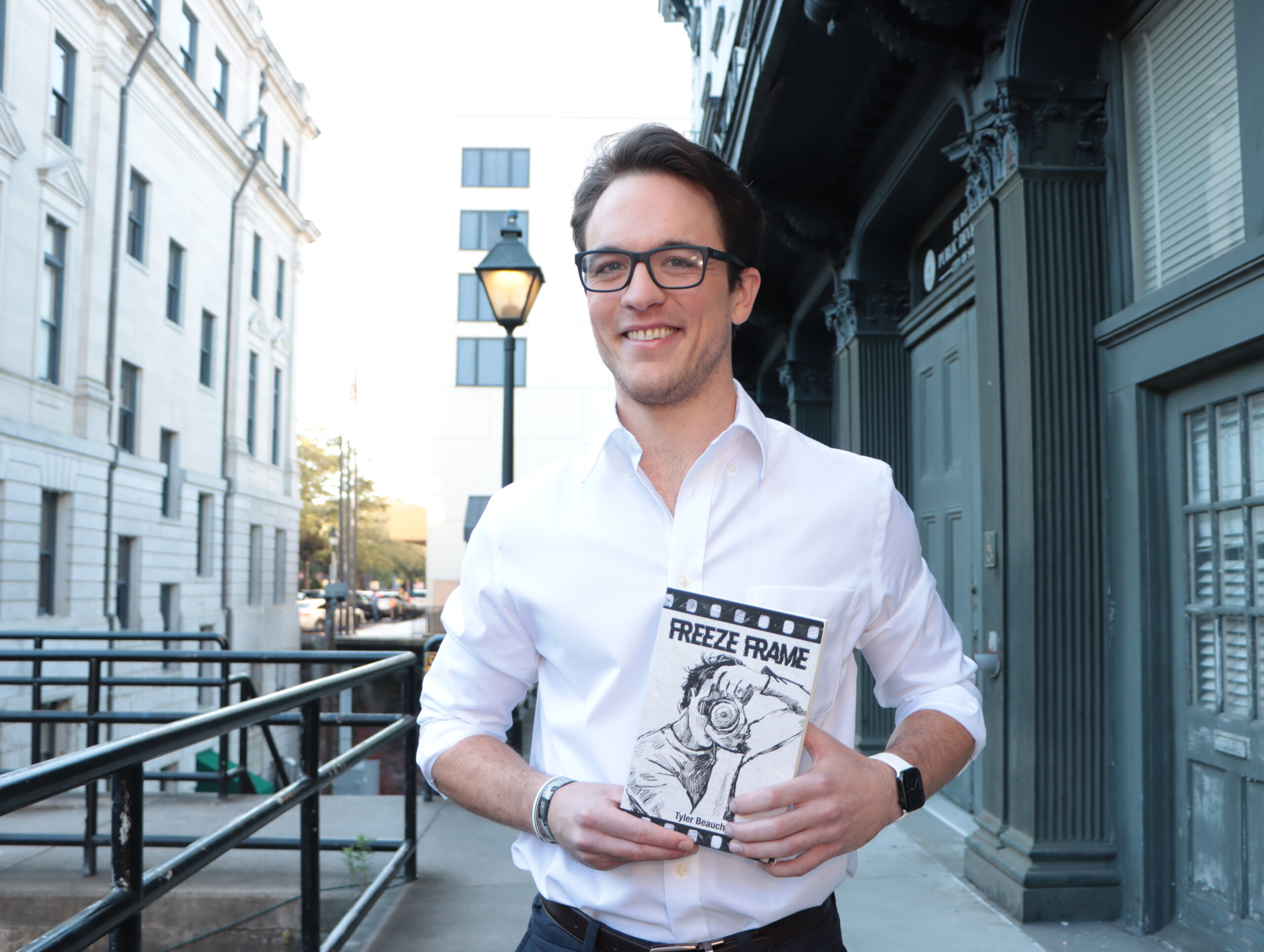 Delusions. Hallucinations. Words thrown around like flashes of paparazzi photos. My little “episodes” as they’ve come to be known. They weren’t delusions, at least not to me. They weren’t reality either. Although, in the moment it was hard to judge. They were my own, private movies, or so I tried to tell myself. I knew my brain well enough to know no one would understand. I just saw the world through a different lens. It’s what drove me to get behind the camera in the first place.

Will Horner, the troubled high school hero of “Freeze Frame,” is torn between two realities. Life is a movie in one where, for better or worse, he is the star. But in the other, he’s an introverted filmmaker struggling to leave behind his past while starting at a new school.

Written by Tyler Beauchamp, “Freeze Frame” takes readers on a first-hand journey of forging friendships, processing tragedy, and risking it all in the pursuit of artistic passion—between episodes of cinematic hallucinations brought on by heightened emotions. And at high school, there are a lot of emotional triggers to drop Will into the middle of a monster movie, an Ocean’s 11-style heist, or even a superhero flick without warning.

“Kids are so grown up now compared to the way it was when I was their age,” Beauchamp said. “The things I was thinking about are not the things they are. You can give them more adult themes and it’s still realistic because that’s what’s on their mind now.”

The story started as an outlet for Beauchamp to take his mind off med school studies and the isolation of the pandemic in the windowless, prison-like apartment he lived in during quarantine. Drawing on his experience working in a free mental health clinic, Beauchamp crafted a narrative of mystery and adventure that explores depression, loss, and trauma in a way for all readers—young and old—to walk away with more empathy for themselves and others.

“I think people who go through trauma are worried that, by showing it to others, they’re burdening them,” Beauchamp said. “But in reality, when you’re close to someone, you want to know what they’re going through. I hope that kids can read ‘Freeze Frame’ and think, ‘I should be more open about this and maybe someone can help me.’”

Order online at amazon.com $14.99 or wherever books are sold.