Often referenced as the “next big thing” out of Athens, Hazel has toured for years, worked and played hard. 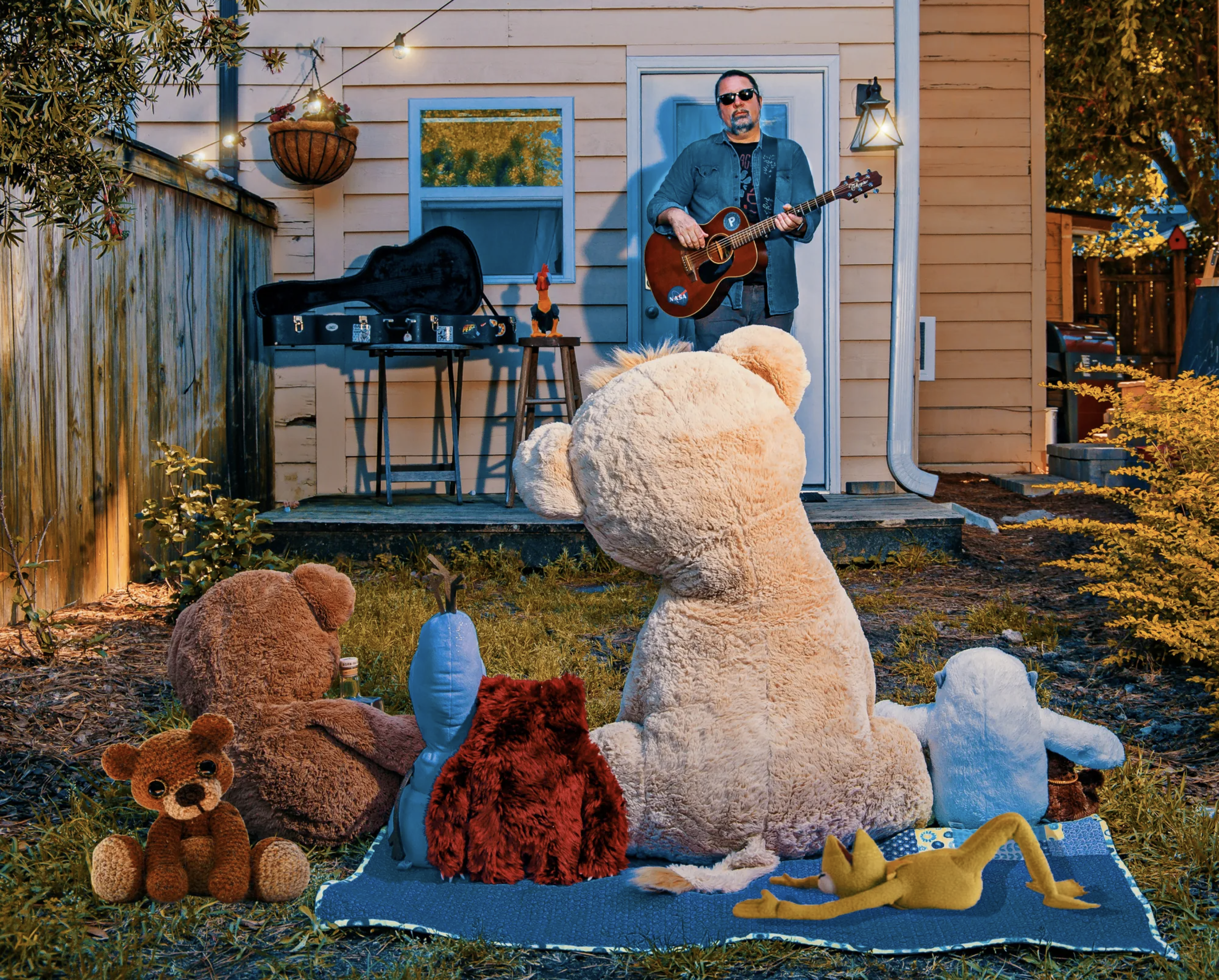 Eric Britt performs mostly as a solo artist extensively around Savannah and the Lowcountry. He is available for local and regional bookings, house parties, and select private events.

Britt formed Hazel Virtue with a handful of friends he met at UGA. Their combined talents and passion gave way to an incredible musical formation. Hazel toured extensively during the mid to late 90’s throughout the South. They shined in their live concerts and in their first full-length release, “Hip.” Hazel became part of the festival circuit, playing at events like Big Day Out, Music Midtown, and Crossroads. Their first single release, “My Spanish Puppetfinger”, gained popularity and play rotation on over 100 stations on commercial and college radio. Often referenced as the “Next big thing” out of Athens, Hazel toured for years and worked/played hard.

National interest in the band peaked when Billboard magazine named Hazel Virtue one of the top 5 unsigned Southeastern bands.

The loss of a founding member led to the reconnection of the Hazel’s remaining members. In the fall of 2019, they began work on their return album “Full Circle.” The guys were thrilled to return to the studio to finish songs that were meant to follow up the critically acclaimed “Hip” album. Hazel easily refound their signature sound at Elevated Basement in Savannah. The tracks were then mixed in L.A. by longtime Hazel, and Grammy nominated producer, Ken Sluiter.