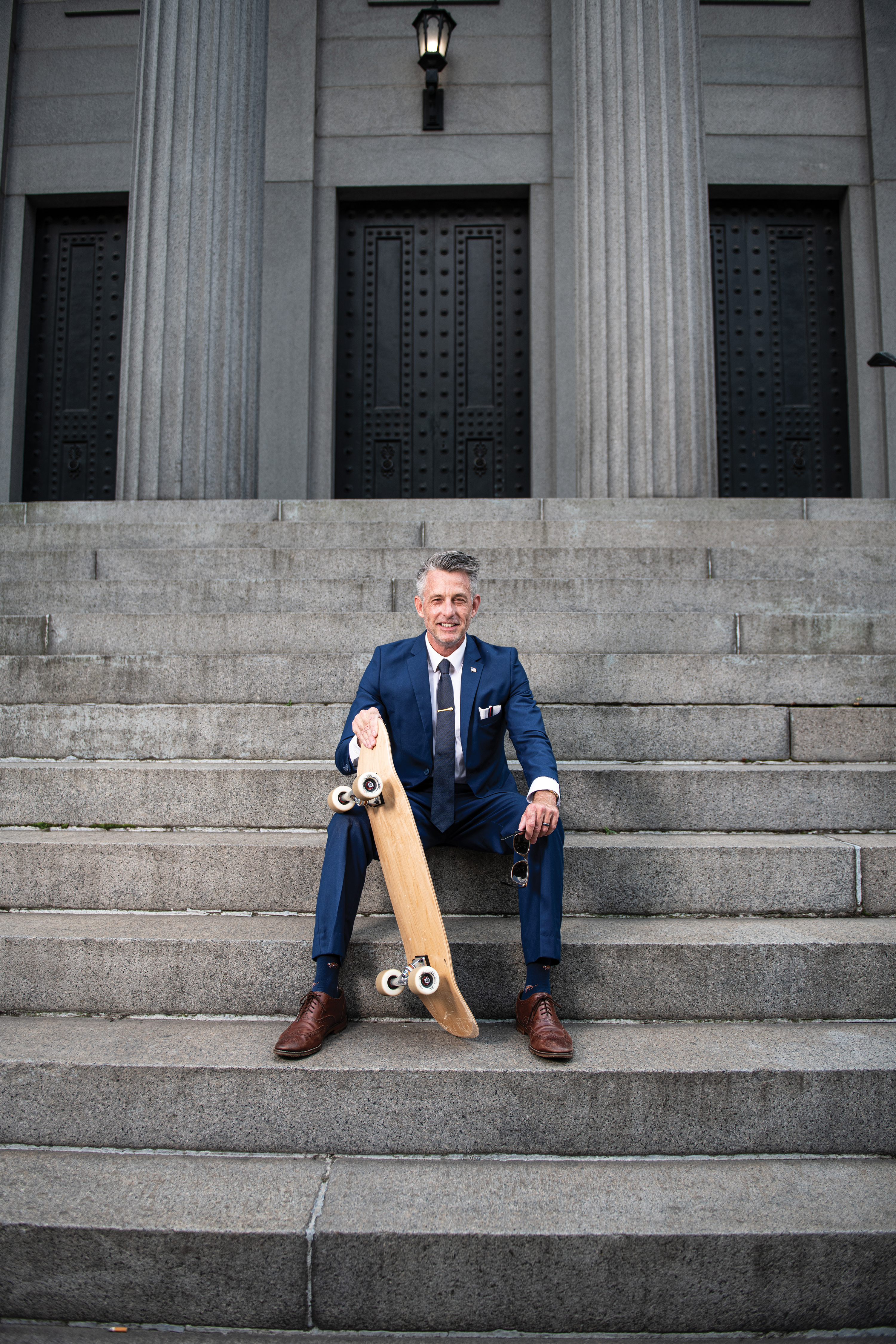 An anti-authority rebel, who has locked up some of the world’s most dangerous criminals, Greg Gilluly is Savannah’s own punk rock prosecutor.

ne night about nine years ago, Greg Gilluly was giving his kids a bath. There was a knock at the front door. When his wife answered, coming face-to-face with a uniformed police officer, she learned the truth that Greg hadn’t necessarily been hiding, but hadn’t been advertising either. The entire family was under 24-hour protection by the U.S. Marshals against threats from a lethal drug cartel.

“I had to tell her,” he said. “She knew that I was dealing with extremely dangerous cartel people, but she didn’t know about the danger to our family.”

And the danger was very real. As an assistant U.S. Attorney in the Western District of Tennessee, Gilluly was part of Operation Petticoat which was targeting the lethal Beltran/Leyva cartel out of Mexico. Already the local kingpin, Craig Petties, had ordered the execution of several witnesses and law enforcement agents, including a witness who had been under protection. Posing as police officers, hitmen had lured one witness out of his car under the pretense of a traffic stop, ordered him to his knees, handcuffed him and shot him.

“He lived,” Gilluly added. “He managed to roll into a ditch, crawl to a house and ended up testifying against the hitmen.”

The hitmen each received life sentences. Petties received nine life sentences. And all told, Operation Petticoat put 30 dangerous criminals behind bars. The jury returned a guilty verdict on a Friday, and Gilluly moved his family to Savannah on Monday.

He now serves as deputy chief for the criminal division for the United States Attorney’s Office for the Southern District of Georgia, still putting away dangerous criminals. There was Operation Dark Night, which dismantled a regional sex trafficking ring and freed countless women who had been sold into slavery. There was Operation Vanilla Gorilla, which took down the white supremacy group Ghost Face Gangsters and crippled their drug trafficking operation. In between he’s prosecuted criminals for everything from money laundering and drug smuggling to shark fin poaching and stealing seat turtle eggs.

“In my mind, I wanted to be versed in the law because I had that rebel attitude and I wanted to know my rights.”- Greg Gilluly

“The crime is much worse in Memphis, but in this office we tend to punch outside of our weight class,” he said. “I’m doing oddly bigger cases here than I did in Memphis… it’s such a cool job because we’re involved the minute a case starts. A lot of it is almost like chess, because you’re trying to maneuver your way to that bigger player. It’s fascinating.”

In short, he’s the man. Which is ironic, given that he spent his formative years building an anti-authority streak a mile wide.

“I was very anti-authority,” he said. “I had to go to juvenile court because I was… disrespectful to cops. It took me five years to graduate high school because I didn’t care about school or authority.”