From Prison Chains to Towing Chains 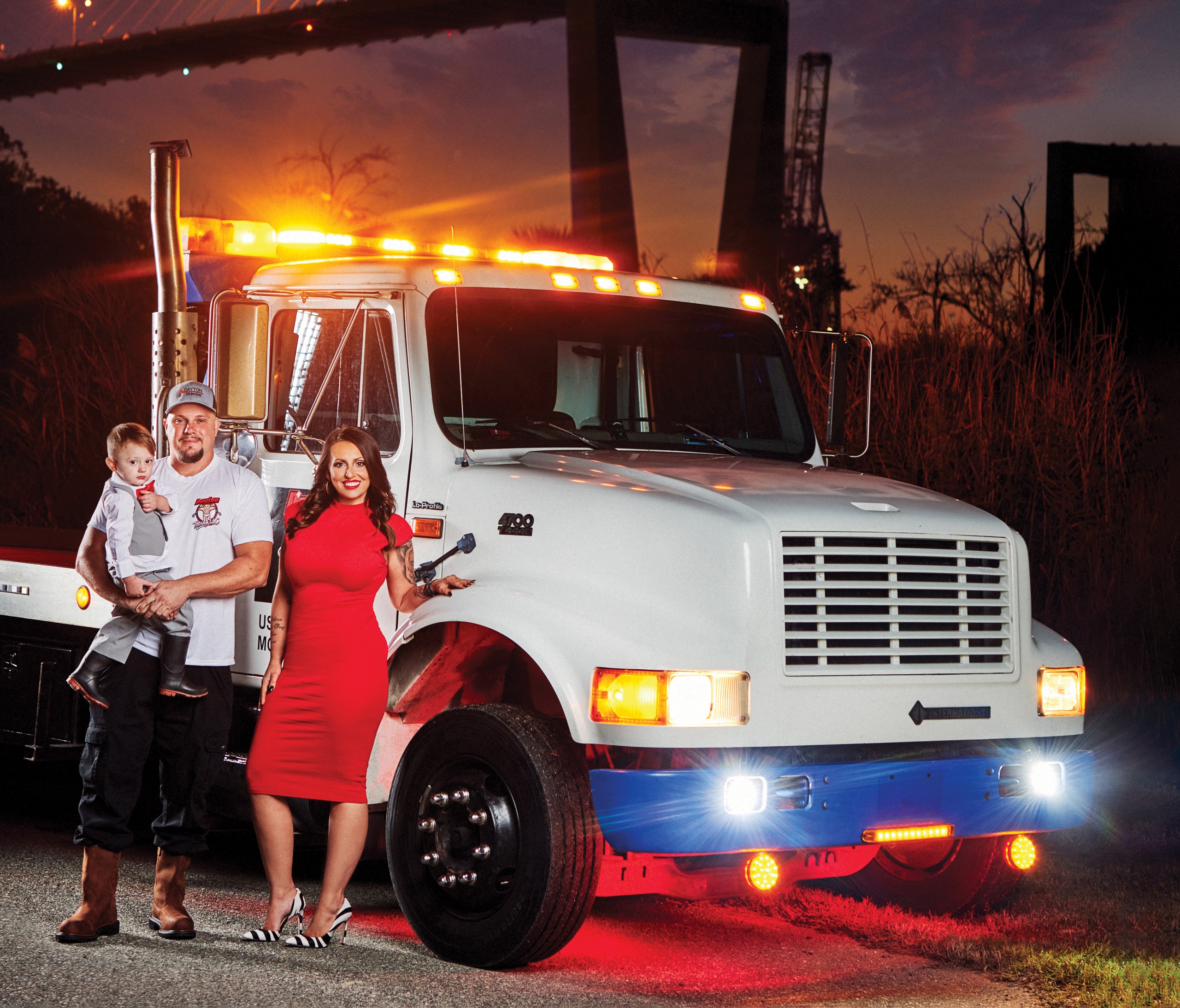 “They say there’s no love at first sight,” says Ashlee Mock. “But the day I first met him I was fixated on Josh.”

Both teenagers at the time, Mock and Hadden were neither lovers nor particularly friends, but both orbited the same circles. And those circles were nothing but trouble. At a young age, both were heavily involved in drugs and other illicit activities.

“Josh’s parents were both military and were there for him, but he grew up in a bad neighborhood,” she says. Meanwhile, Mock’s own upbringing was just the opposite.

“Ashlee’s dad went to prison when she was an infant,” said Hadden. “He only did a few years and home, but both parents were not the best supporters. She had to fend for herself at an early age.”

“Growing up, having this in the back of my mind, I don’t know if I had some Bonnie and Clyde image in my mind of some lifestyle I was supposed to live,” said Mock. “I don’t know.”

“We became friends through his prison time. I knew who he was, and we had hung out, but our friendship got closer,” she says. That friendship would sustain Hadden during his time in prison, blossoming into love in the last year of his sentence. “We went through hell to be together.”

And upon his release from prison, they were. Nine days later, their lives changed forever. “He came home on the 9th, and by the 20th I was pregnant,” says Mock. “When I got pregnant and had that baby, everything changed for me. I didn’t deserve the life that was given to me, and he will never have to go through what I did… When you have a child, the decision make on an everyday basis it reflects what kind of mother and father you are.”

With the birth of baby Dayton, the couple turned their lives around. Hadden pursued a career at Gulfstream, and upon being laid off he decided he would never be in a position to be hired or fired again. (“If anyone was going to do the hiring and firing, it was us,” adds Mock). Seen in the right light, the criminal acts of his youth were just manifestations of his entrepreneurial streak. Even in prison, he’d been a constant hustler, repairing headphones, selling burritos he’d fried up in a trash can and selling cigarettes to make money.

Being his own boss became Hadden’s mission. Dayton Towing, named for his son, became his route to redemption. And that trials and tribulations they faced along the way became their roadmap.

“During the pandemic while the whole world was losing it, the two of us having known hard times really gave us a survival kit,” said Mock. “Josh has always been very frugal and I’ve always been able to hustle and work hard. That saw us through.”

With the pandemic mostly behind us, that hard work, hustle and strength is paying huge dividends for Dayton Towing.

“Right now, we’re just focused on growing. Our main goal is financial freedom, and the sky’s the limit,” says Mock. “The towing company is so good for us is because the phone is always ringing… We’re used to the fast life. When the phone rings and you’re staying busy it fills that void.”