Excuse Me While I Kiss The Sky

At the top of the world, where the line between planet earth and outer space begins to blur, KĒBĒ Keith Edward Snyder did something no human being has done before. 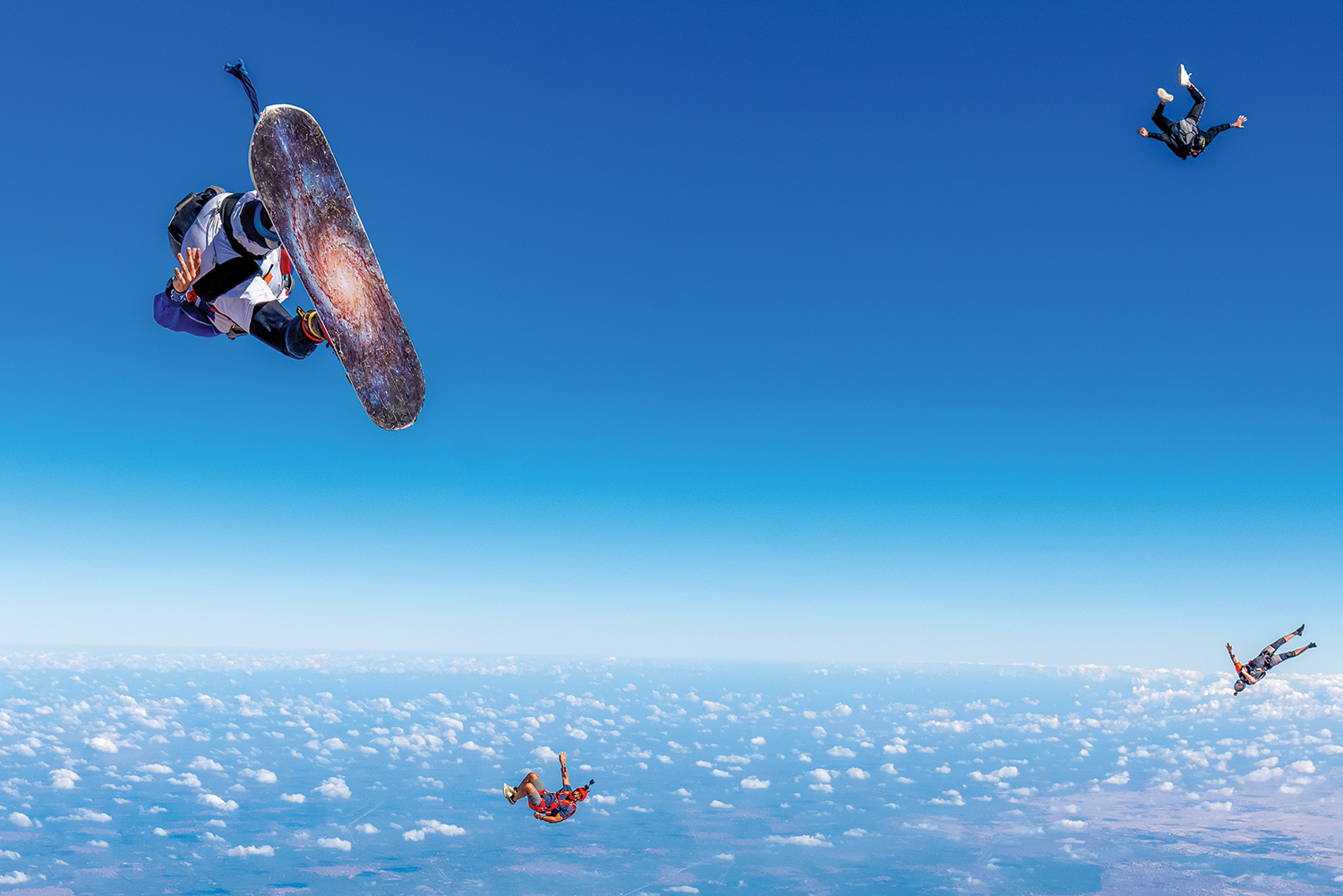 At the top of the world, where the line between planet earth and outer space begins to blur, KĒBĒ Keith Edward Snyder did something no human being has done before. Call it an act of extreme sports insanity. Call it the pursuit of a high unlike any other. Call it a moment in history. No matter how you look at it, the fact remains: Snyder jumped out of a plane at 13,500 feet, a mere mortal. When he touched the ground, he landed as a man who had experienced a higher plane of existence.

The Great Pyramids of Egypt have stood watch for centuries as conquerors, kings, and legends rose up and returned to the dust. The last of the ancient world’s wonders to still stand, they were already unspeakably old when Christ walked the earth, the memory of their construction long-since buried in the sand. 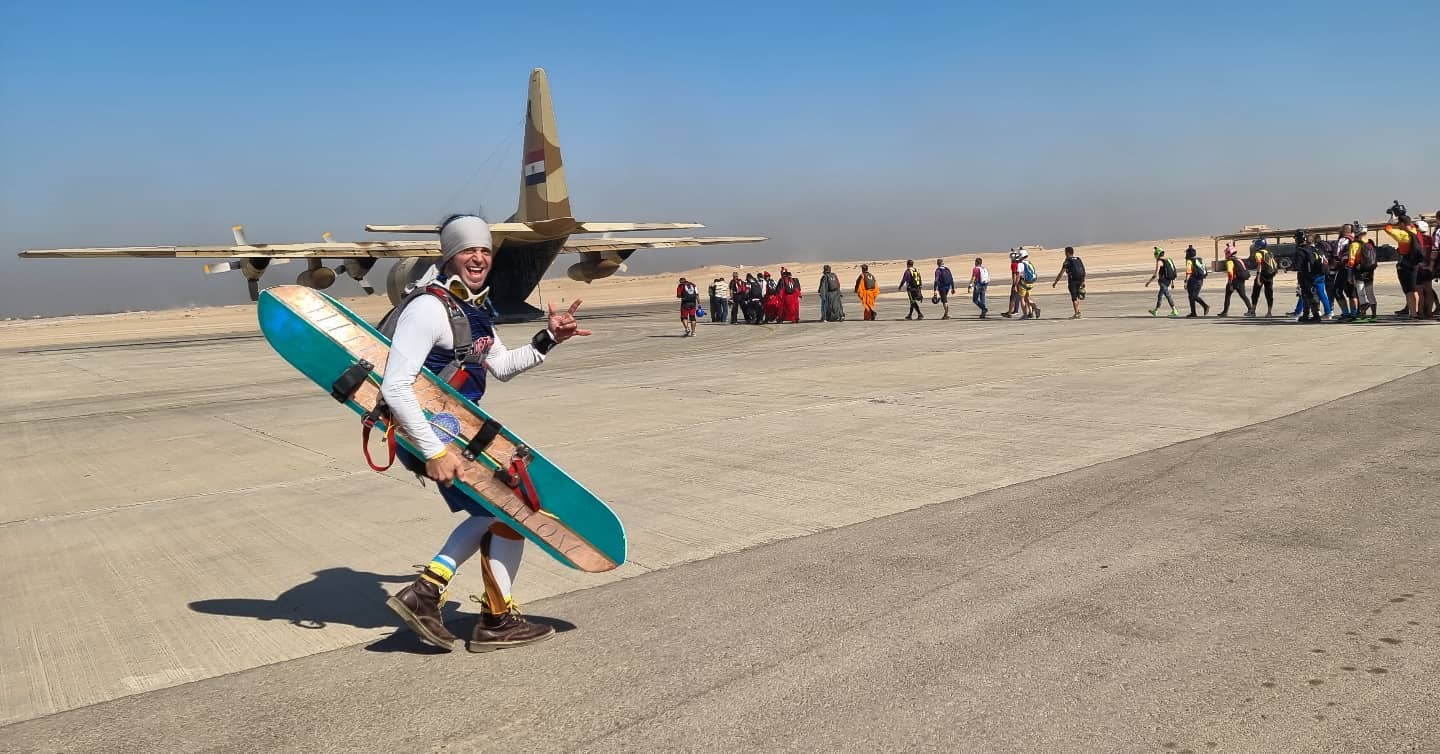 They have witnessed the march of history, but on November 1, 2021, they witnessed something they had never seen before. In fact, it was something no one had ever seen before. From 13,500 feet in the air, KĒBĒ Keith Edward Snyder came corkscrewing toward their peaks, spinning at 222 rpms as he made his way into the record books. 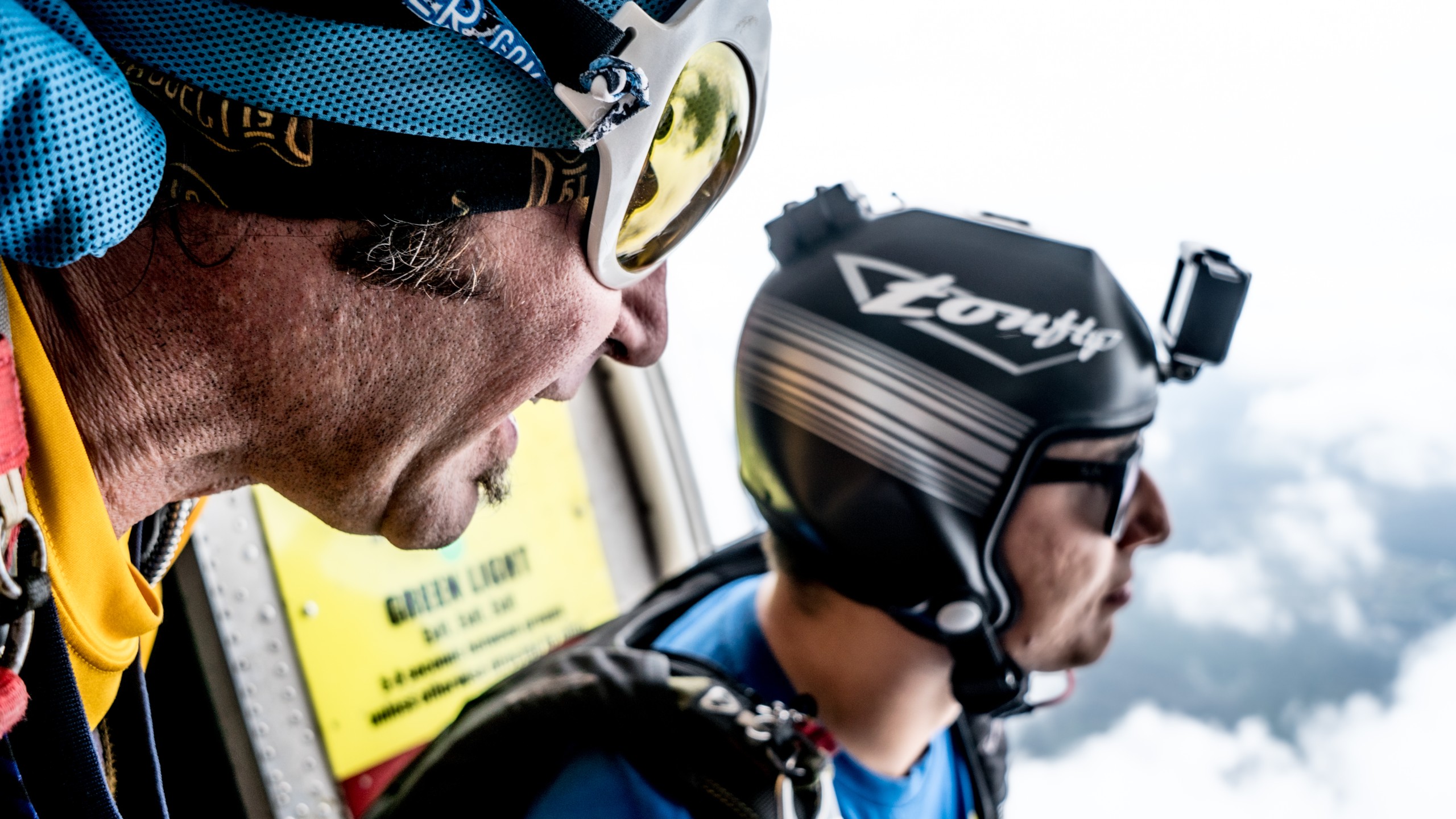 “You know when you see kids playing and they spin around with their arms out and then fall to the floor? They’re feeling that high feeling,” he said. “It was kind of like a rebirth during the spin. Like everything left and then I came back to life.”

The spin landed Snyder in the Guinness Book of World Records, setting a new record for “most helicopter spins while skysurfing” at a mind-boggling 160. 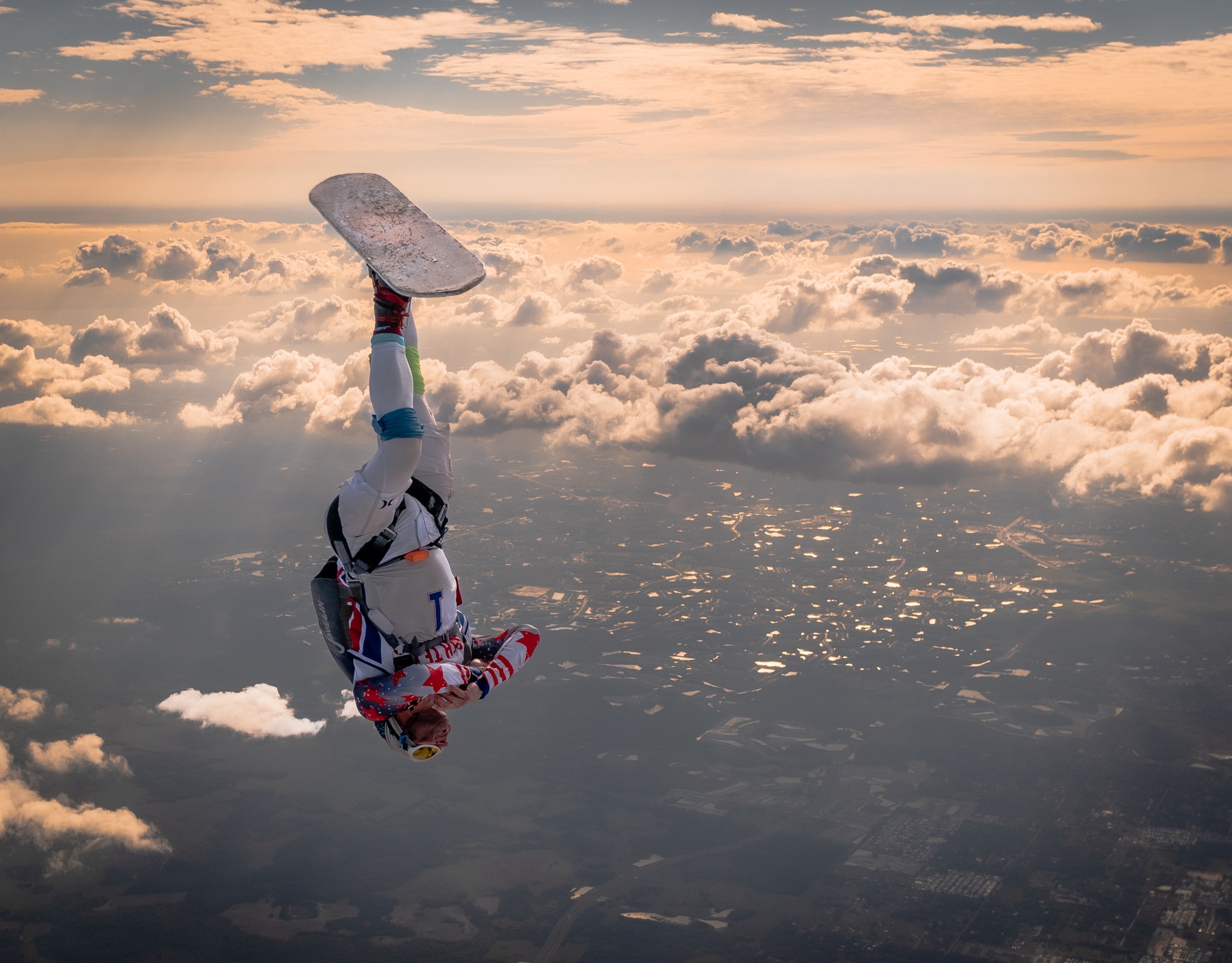 But he didn’t do it for the record books. Snyder’s jump was, in part, a way to honor his father, whom he’d lost to Glioblastoma the year before. It was also a way for him to transcend himself, reaching a higher plane. 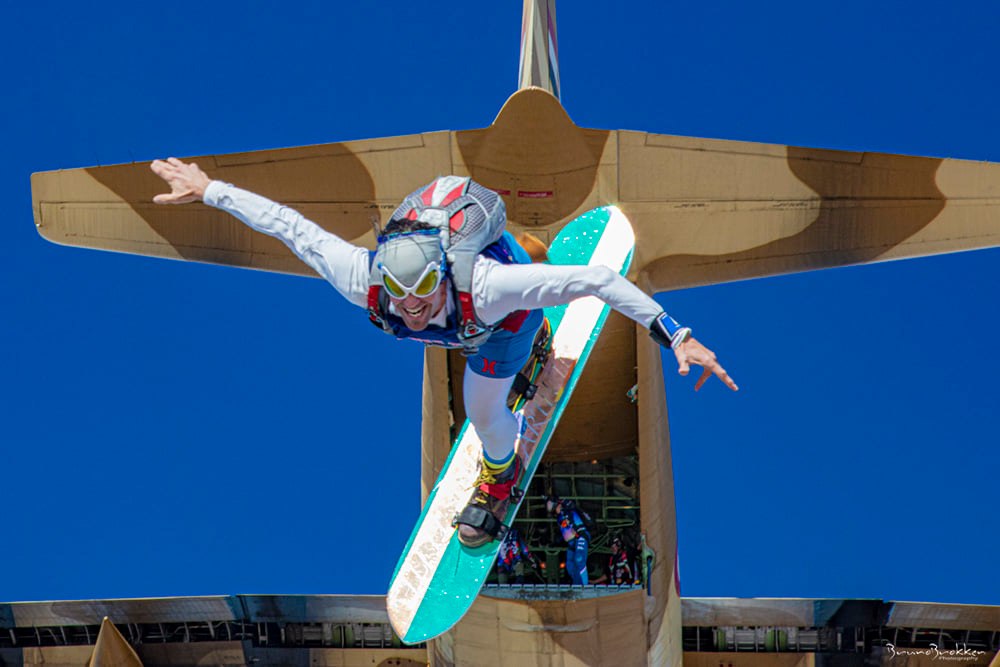 “During a rotation you’re just this spinning entity… relative time is shifting,” he said. “I was looking at the horizon, and then looking into the spin. There wasn’t any finding a spot on the ground. I was just staying in that tube. Then you get to a balance point where you’re starting to feel what it’s like to exist as this spinning entity. It’s cool.”

Even cooler is coming out of that spin and realizing you’re gazing at something that has fascinated humanity for centuries, from a vantage point few will ever share.

“I exit the spin, and I’m just thinking, ‘let’s not push things. Just shake it off.’ And then I realize I’m on top of the pyramids with a parachute,” he said. “The first time I really saw them was after my parachute deployed.” 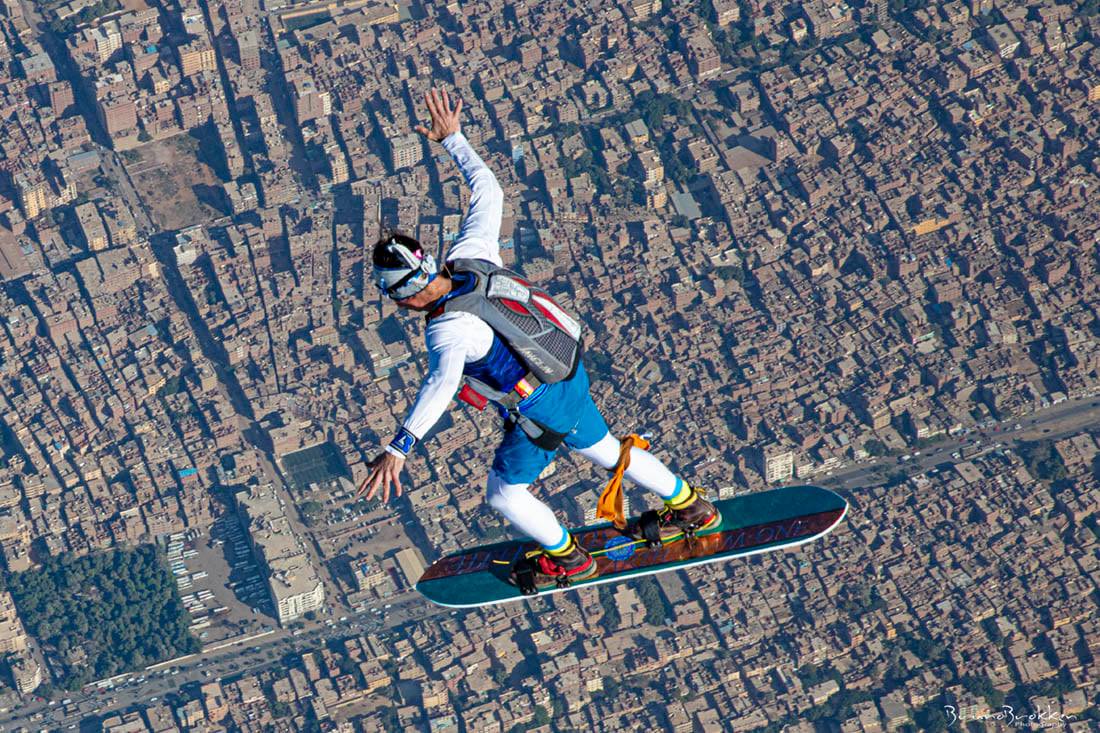 Rock out like KĒBĒ Keith Edward Snyder: If you’re going to launch yourself at the ground from the edge of space, you’re going to want some kickass tunes for the ride down. Here’s the playlist Snyder had in his earbuds during his world-record jump. 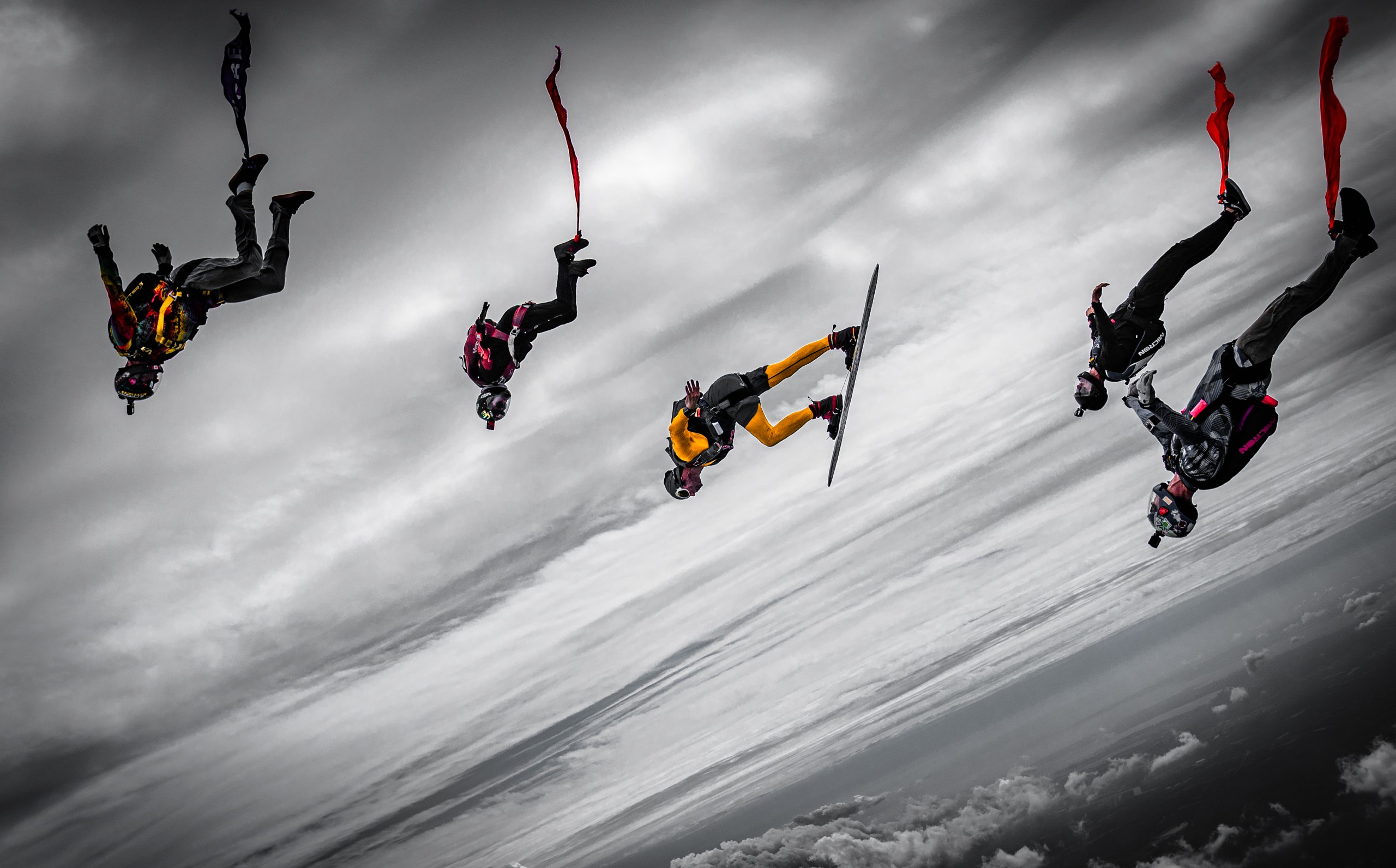 The Great Pyramids of Egypt witnessed the latest step in history as KĒBĒ Keith Edward Snyder spun his way into the Guinness Book of World Records. Snyder himself felt born anew after the transcendent experience. 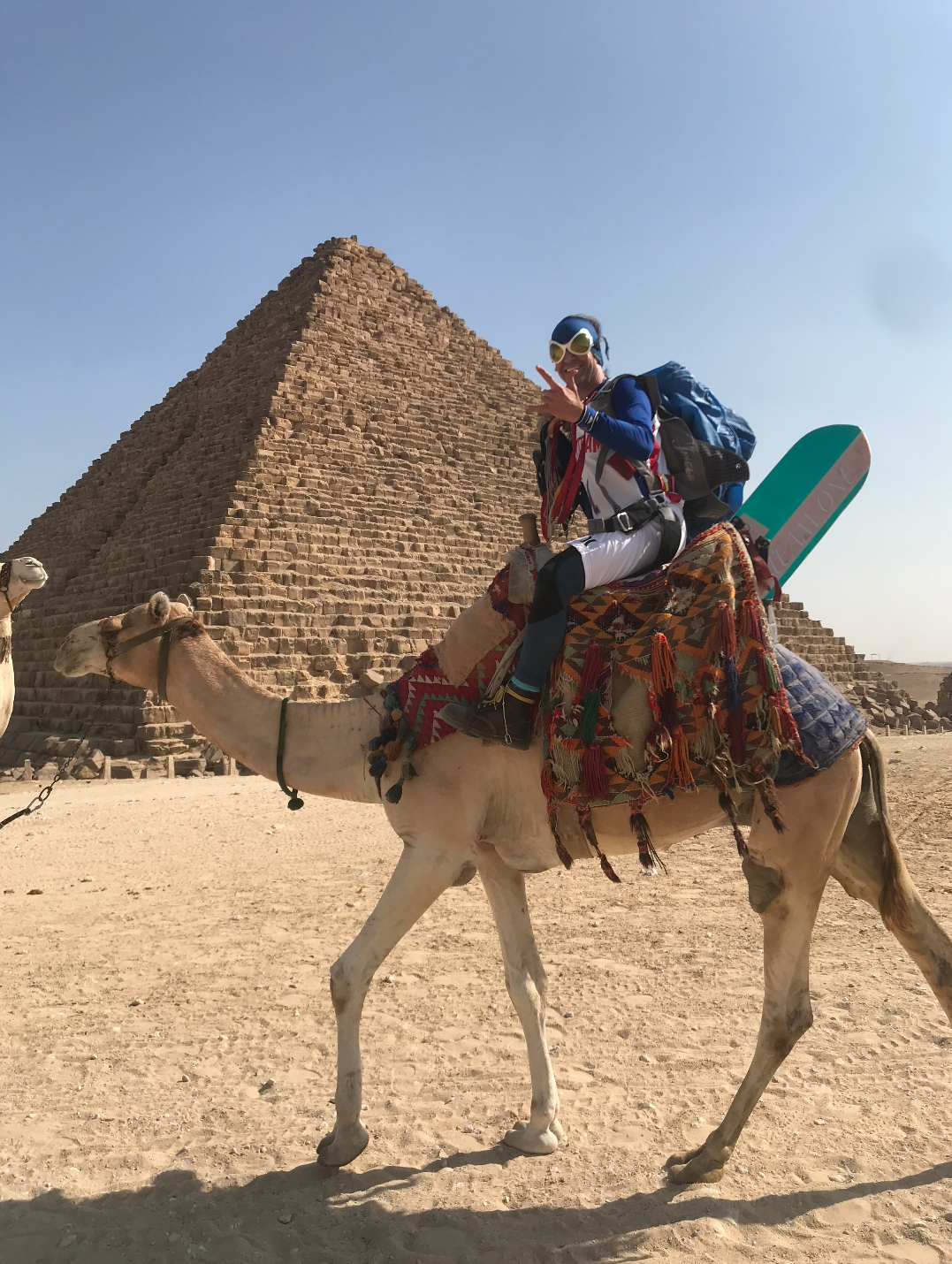