With their country collapsing around them, two young boys began an amazing journey that would bring them to freedom, and to the sunshine and ice cream of Savannah, Georgia.

It was the early evening of August 26, 2021, and chaos reigned at Hamid Karzai International Airport in Kabul, Afghanistan. Already stretched thin helping herd refugees out of the country in the thick of the tumultuous withdrawal, American forces found themselves under siege. A suicide bomber, later revealed to have been sent by the Islamic State, had entered along with the refugees, detonating his lethal payload. Along with his own life, the bomber ended the lives of 170 Afghans and 13 American service members in a single moment, and unleashed pandemonium.

Among the survivors were two young boys, Shayaq and Fayaq, along with their brother Shafaq and his infant daughter. Their last names have been withheld because the danger to these brothers didn’t end that night.

Shafaq had spent years working as an interpreter for the American forces, which had been ever-present in Afghanistan for decades. With the Taliban preparing to retake the country and exact lethal retribution against those who had aided the foreign invaders, he had managed to secure transport out of the country for his two younger brothers.

And with freedom just steps away, hell was now raining down around them. 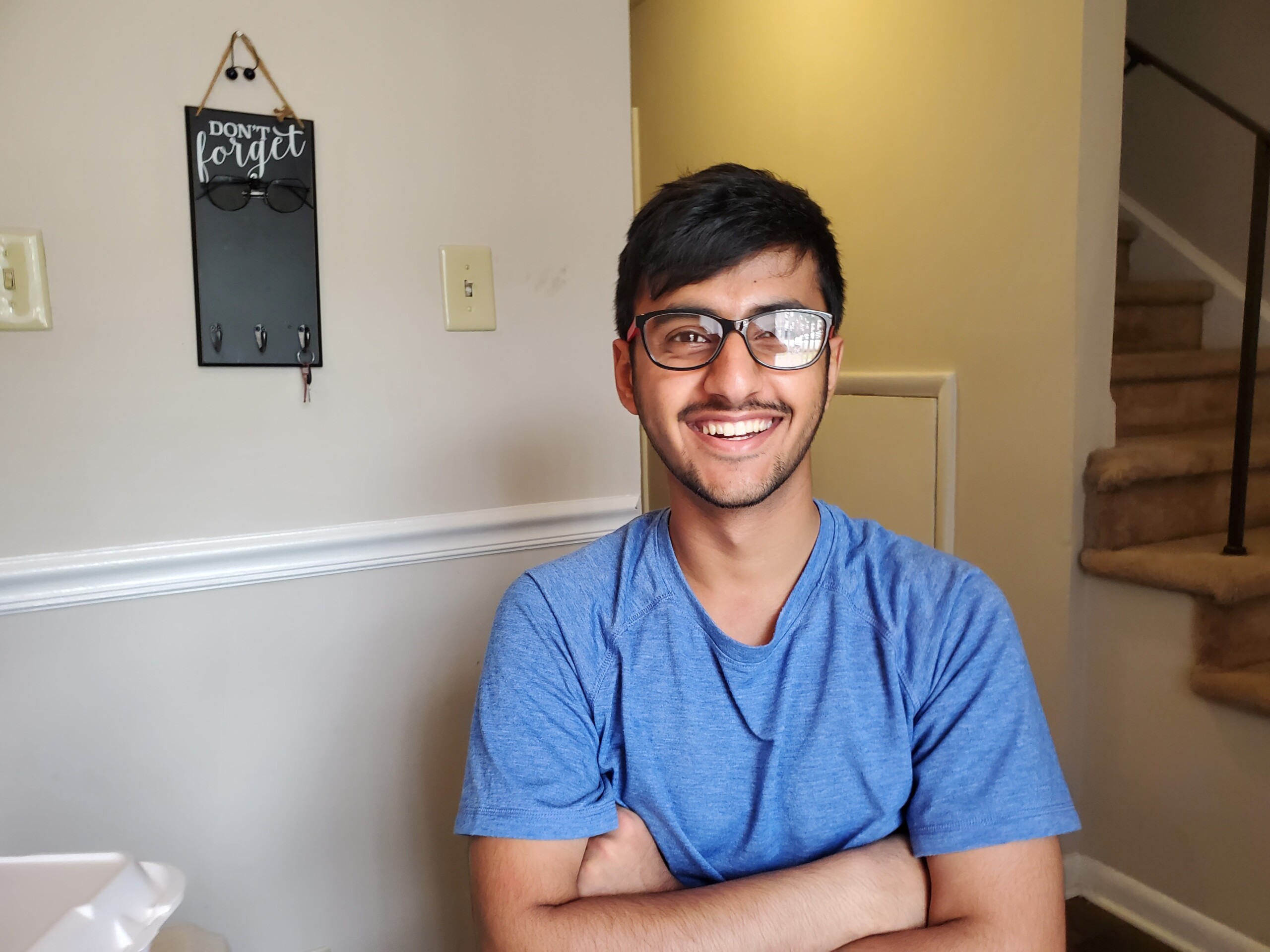 “They got ready for the attack, and then there was an explosion close to us. We saw 13 dead Americans right in front of us,” said Shayaq.

Taking cover behind a wall, the brothers clung to each other as the evening ignited with gunfire and confusion. When American troops reached their location, the baby in Shafaq’s arms was enough to convince the Americans that they weren’t part of the attack, but rather its target. The family was ushered onto a military transport, but in the pandemonium of the attack, all of their possessions were gone. 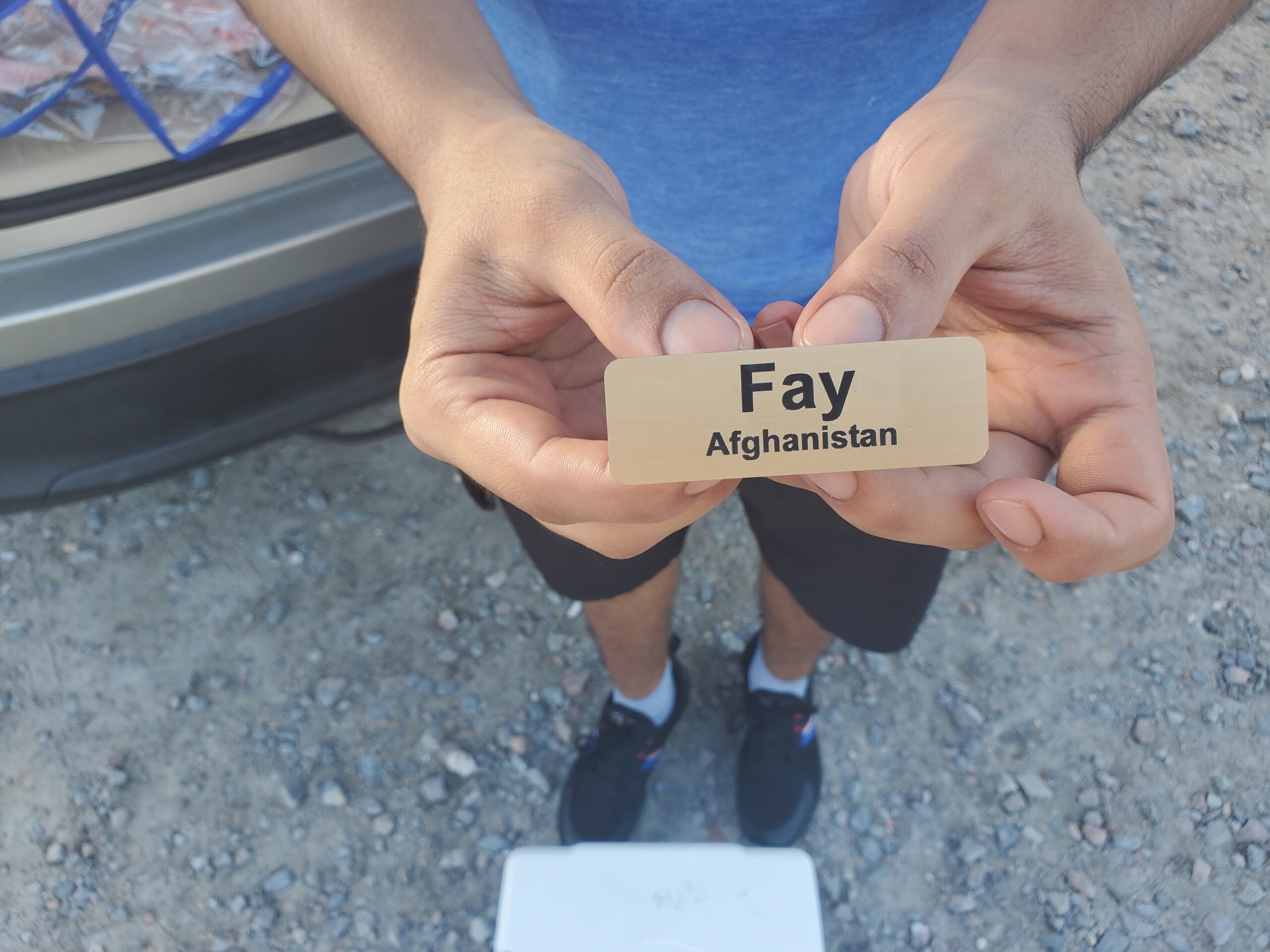 As the plane took off, the brothers saw their homeland recede toward the horizon for the last time. They had managed to flee the Taliban just as their country had fallen back into the theocratic hands of zealots. With nothing more than the shirt on their backs, they powered off into the unknown, certain only that a better life awaited when they landed. 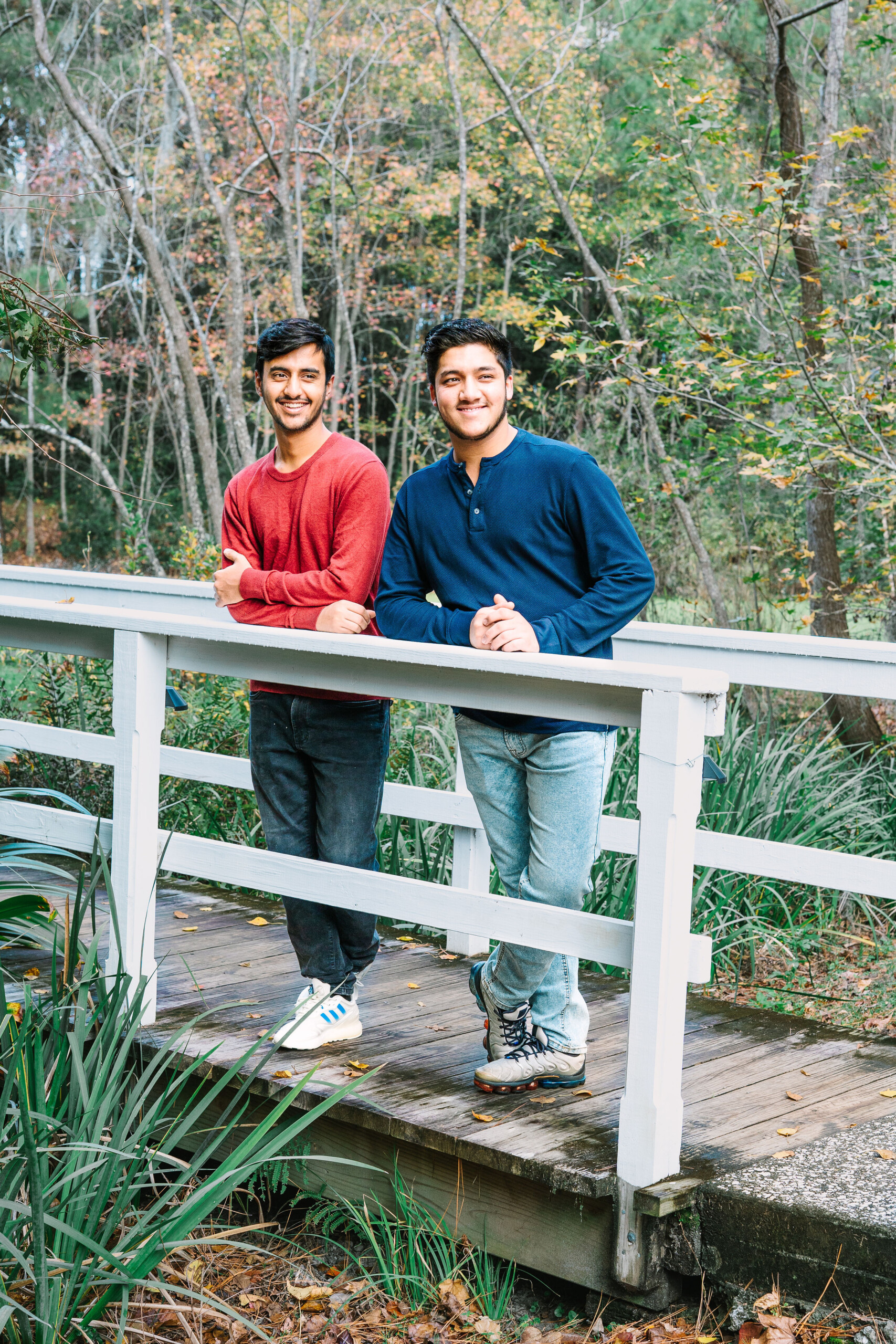 Thousands of miles from where they fled the Taliban, Shay and Fay (L-R) find a new home in Georgia. Photo / Tiffany Goggin

ENTER INSPIRITUS
Seeing Shayaq and Fayaq, Shay and Fay as they are called, you’d never know that their young lives had been defined by a 20-year occupation by American troops, ending in a hasty withdrawal that took them away from their families.

True, their eyes might reflect the anguish of leaving behind both parents and their sisters; the confusion of the months that followed as they were winged from Afghanistan to Qatar to Spain and finally to Fort Pucket; and the anxiety of being in a strange land at just 17 and 19 years old. But their spirit shows an indefatigable optimism.

After all, their arrival in this country was met with two very fortuitous circumstances. The first was the arrival of their cousin, Parwiz, at Fort Pucket. An interpreter like Shafaq, Parwiz had been based out of Savannah for years working with various private firms. Shay and Fay had been able to escape with their older brother, but now Shafaq’s duties were calling him to his wife and job in Europe. Were it not for Parwiz, the boys would have been on their own.

The second fortuitous circumstance came when Parwiz relocated his two young cousins to Savannah, and Shay and Fay met the good people of
Inspiritus.

Founded in 1981 as a service organization geared toward refugees, Inspiritus now operates in three states providing stability and safety to the huddled masses yearning to breathe free. Whether setting up housing, aiding with medical care and school enrollment or simply providing language education and cultural orientation, Inspiritus volunteers selflessly devote themselves to welcoming the tempest toss’d.

“They really don’t have that many options,” said Aimee Zangandou, Executive Director of Refugee and Immigrant Services for Inspiritus. “Most have worked with the U.S. government, but that doesn’t mean there’s someone here who could welcome them and help with things like applying for citizenship.”

Helping more than 605 Afghan refugees proved extra challenging for the organization, given the unbelievable rapidity with which the country fell to the Taliban. “Sometimes, they’re coming here with two days’ notice, and we have to give them something to come here to,” said Zangandou.

Zangandou has seen first-hand how well Inspiritus helps refugees acclimate, having fled the genocide in her home country of Rwanda in 1997. She arrived here with little English and few possessions. Like Shay and Fay, she found aid and a new purpose from Inspiritus.

“We generally work with people for up to five years, sometimes longer,” she said. “Beyond meeting the basic needs, we’re making sure we’re there to guide them.”

MR. RIC
Making sure Inspiritus is there to guide these two young boys is Eric “Ric” Hollis, called Mr. Ric by his two young charges. After retiring from a long career as a manufacturers’ agent, Hollis dove into service, putting in years at the Union Mission Men’s Shelter anddelivering for Meals on Wheels.

When he saw the fall of Kabul with the same shock and horror we all shared, he was driven to do something.

“I thought it could have been done a lot better,” he said. “I just wanted to help whoever was coming this way, and there were something in the area of 80,000 of them.”

Hollis was assigned to Shay and Fay, and right away the three of them hit it off. The boys treat Hollis with a sort of reverence, akin to a father figure. And in return, he treats them with the same respect and dignity a parent treats a child. That means looking after them, guiding them, and making sure they never go too long without ice cream.

“They love ice cream,” said Hollis with a laugh, drawing chuckles from the boys. But aside from introducing his boys to the world of quiescently frozen treats, Hollis is a mentor to the two of them, showing them the ropes of their adoptive country. He’s not alone – Alexis Haynes with Inspiritus helped get the boys in school, so Fay can pursue his dream of working in computers. Employment specialist Doa Habbab with Inspiritus helped them land at work at a local diner. (“We love talking to people and getting more exercise in speaking English,” said Shay).

And like any concerned parent, Hollis makes sure they’re staying healthy.

“The government supplies them with Medicaid… when I found out that covered dental, I shot them right to the dentist,” said Hollis. “Probably because they hadn’t had much ice cream they’d had in their life, they had no cavities. And they’d never been to the dentist.”

Between the help they got from Inspiritus and the unconditional support of the man they call Mr. Ric, Shay and Fay are living a new life in America. A better life, one that speaks to the welcoming nature of the American spirit. 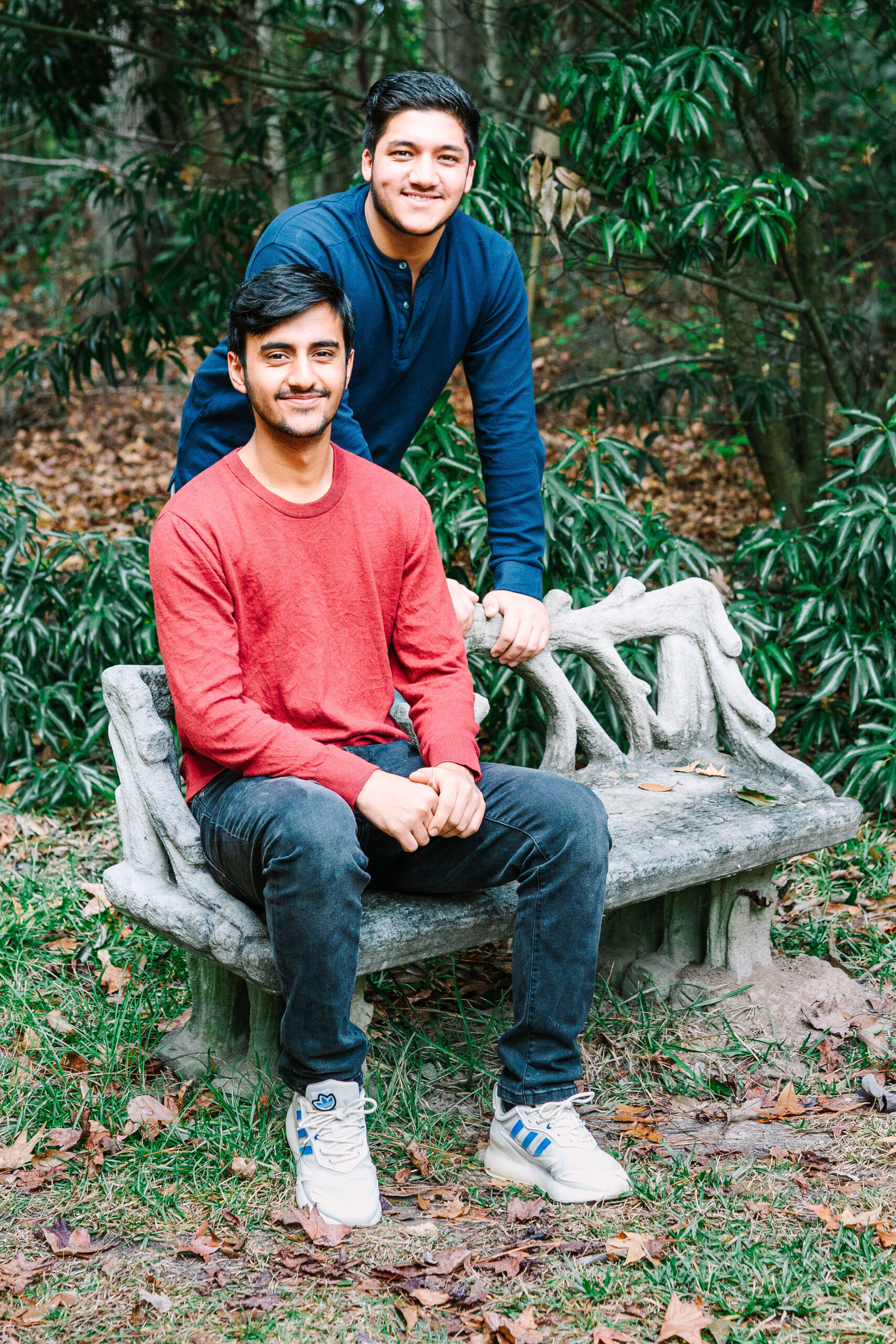 “In Afghanistan, they teach us if someone is not Muslim, they’re not good. They don’t respect you and they’re not good people,” said Fay. “But then when we got here and met people, it was completely different. Everyone tries to help you.”