Dirt Tack Racing in the South 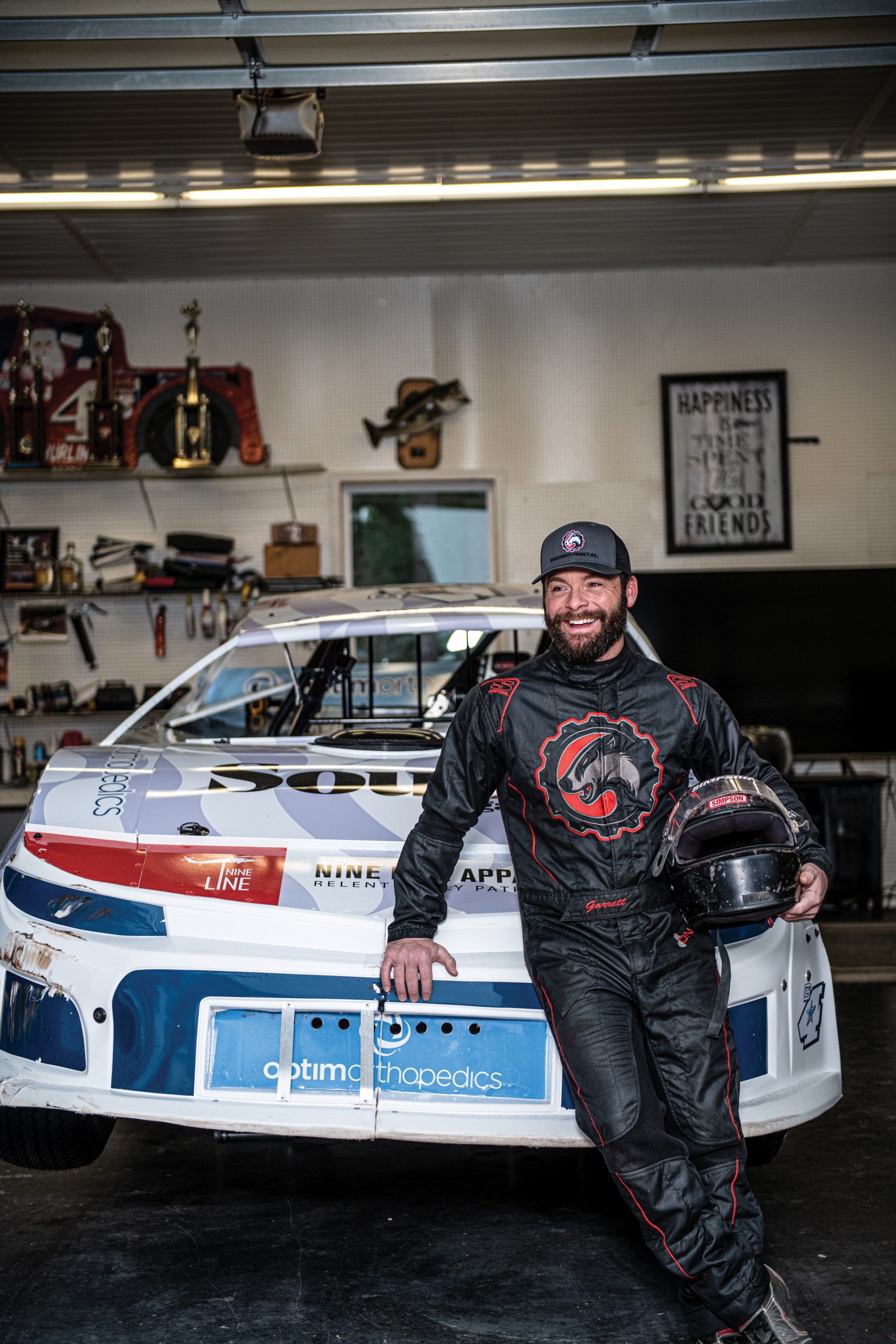 Garrett Shurling has been racing since the age of seven and has high-octane driving in his DNA. A third-generation driver, Shurling’s grandfather and father came before him to show him the ropes. Now, Shurling—unafraid of grit and speed—navigates the rapidly growing dirt track racing scene. / Photos: D. Paul Graham

There’s nothing more southern than a day spent watching dirt fly and rubber burn. Garrett Shurling of Shurling Motorsports takes us behind the wheel of the dirt track racing world.

here was a time when the titans of car racing were just average Joes who happened to drive really, really fast. Carrying on a tradition forged by bootleggers, they blazed into history at 90 mph as part of a sport that had yet to emerge onto the national stage. Guys like Richard Petty and David Pearson changed the game, but they weren’t above grabbing a beer with their fans.

That’s obviously not the case now. Car racing is a bonafide billion-dollar industry, with high-dollar endorsement deals, massive television ratings and all of the big-league trappings that entails. Today’s drivers aren’t the average Joes who built the sport. They’re obscenely wealthy elite athletes, with all the ego that implies. A day at the races means a seat a good fifty rows back from the track, if you’re lucky.

For race fans, the folks who remember Cale Yarborough duking it out with the Allison brothers in the infield at Dayton in ’79, it can feel like that bootlegger bloodline has dried up.

Have no fear. That bloodline has survived on tracks in small towns across the country. It’s dirt track racing, and it might just save car racing’s soul. 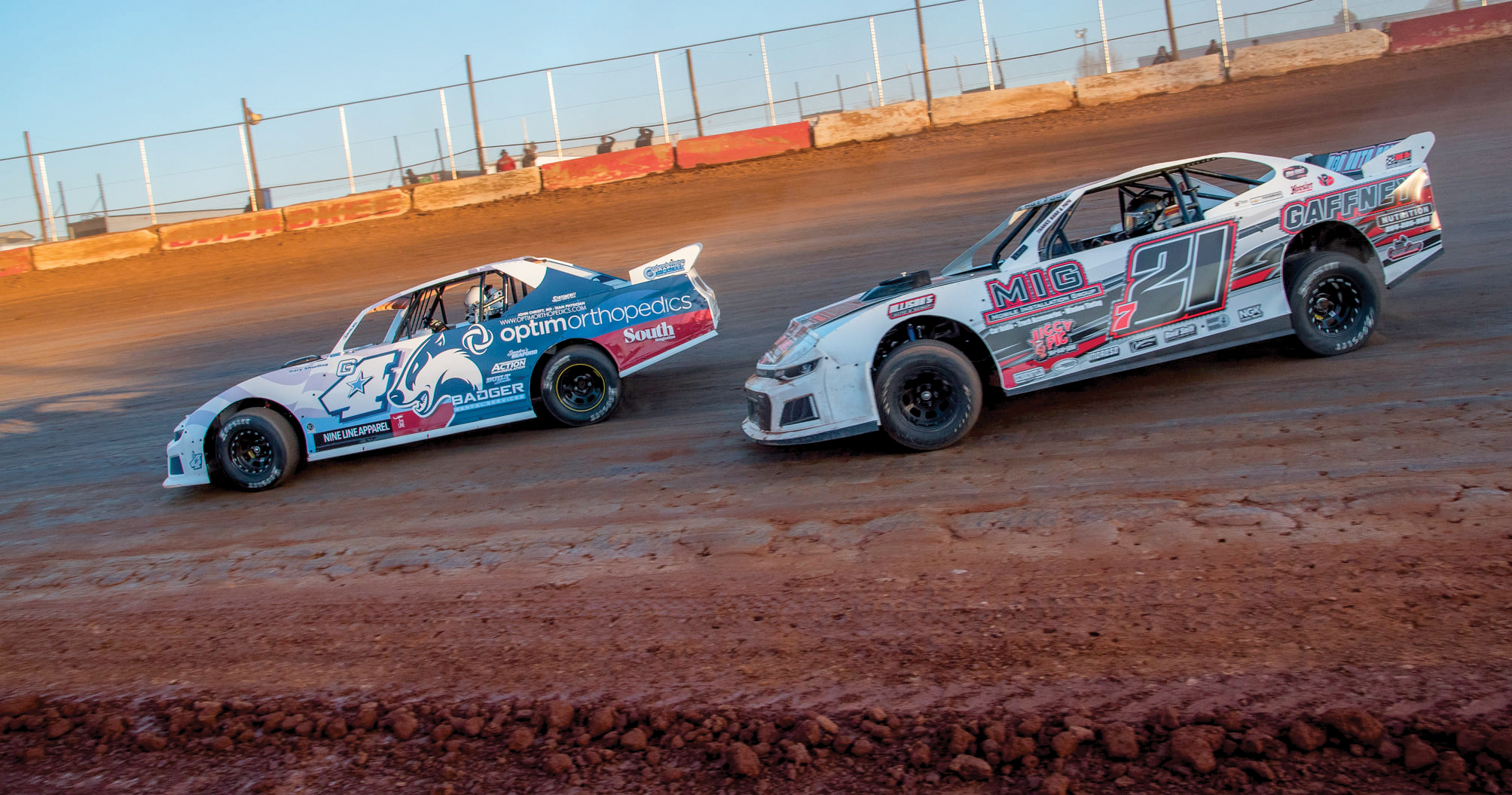 Catch driver Garrett Shurling and his team at the 2021 season opener at Oglethorpe Speedway Park on Friday, April 2. Find all the details at ospracing.net/schedule. / Photo: Steve Moore

Garrett Shurling has racing in his blood. His grandfather, Bill Shurling, raced against some of the greats during NASCAR’s infancy. His dad, Gary Shurling, raced go-karts, and invited young Garrett behind the wheel at the age of seven.

“Growing up around the racetrack is pretty unique,” he said. “Spending nights and weekends working my tail off in the shop, there’s very little time to get in trouble. It’s a good way to grow up.”

Once he was old enough, he traded up to a stock car and ran a few of the local races like the NASCAR Dodge Weekly Series season at Oglethorpe Speedway. But it wasn’t until he found dirt that he discovered his calling.

“Asphalt stock car racing requires the same set of skills, but I find the dirt track stock car racing to be much more challenging,” he said. “Not only are you trying to get your car tuned to a racetrack, but to a track that’s always changing.” 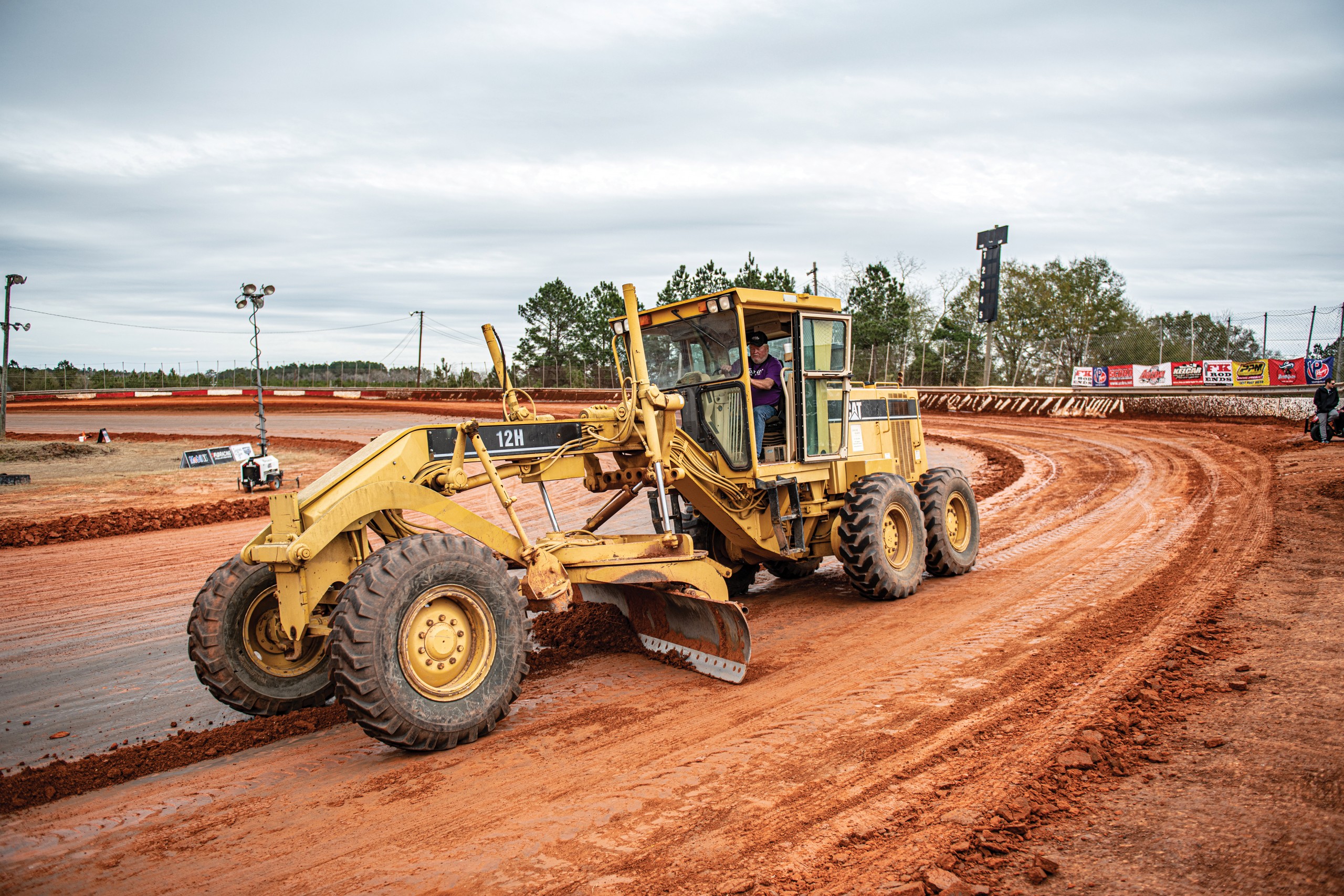 James “Redd” Griffin began carving the complex out of a cotton field outside of Savannah, GA, in 1996. Since then, Griffin has constructed one of the most diverse racing facilities in the country.

In the world of dirt track racing, even the smallest variable can change everything. The amount of moisture in the air. Ruts that have developed from previous laps. The time of day. The presence of additives designed to keep down dust. Even the type of dirt can have an impact.

“At our home track at Oglethorpe, we have seen that track go from the top being fast to the bottom being fast to showing up and the track has extra moisture,” he said. “You don’t get that type of wild swing in asphalt.”

“The main difference is access to drivers and teams. At your typical dirt track you can get a pass, strike up a conversation, get your picture taken, get your kid’s hat autographed… Just to casually get up close and put your hands on the cars, from a fans’ perspective, is more attractive than sitting in a seat for four hours,” said Shurling. “When a kid comes up and asks for an autograph, I always think I’m nobody special… But it’s special to them, so it’s always a blast. Anything we can do as a team to go over and above, we do, whether that’s letting a kid sit in the car, run the impact wrench or go inside the hauler.” Continue reading in our interactive digital edition. 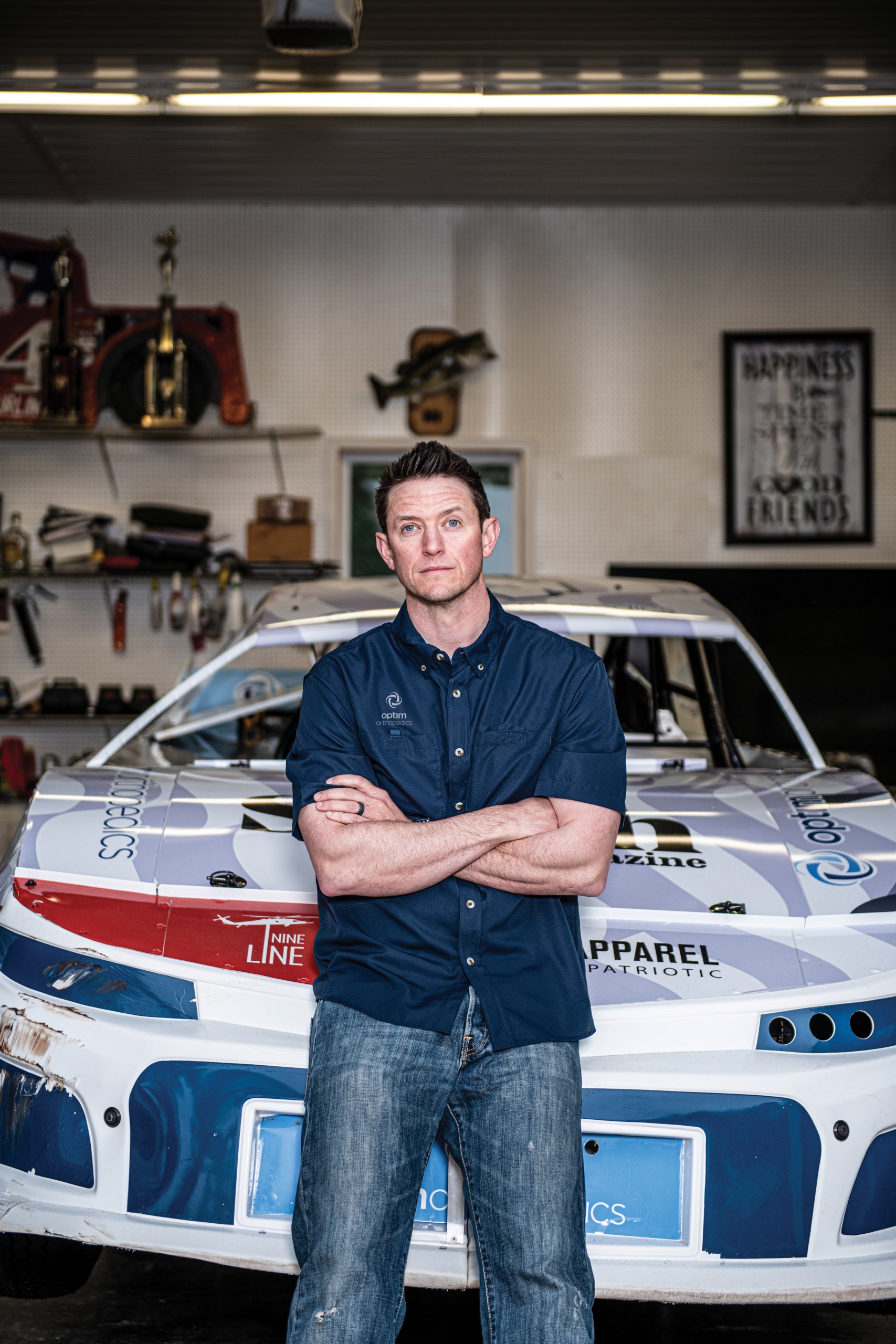 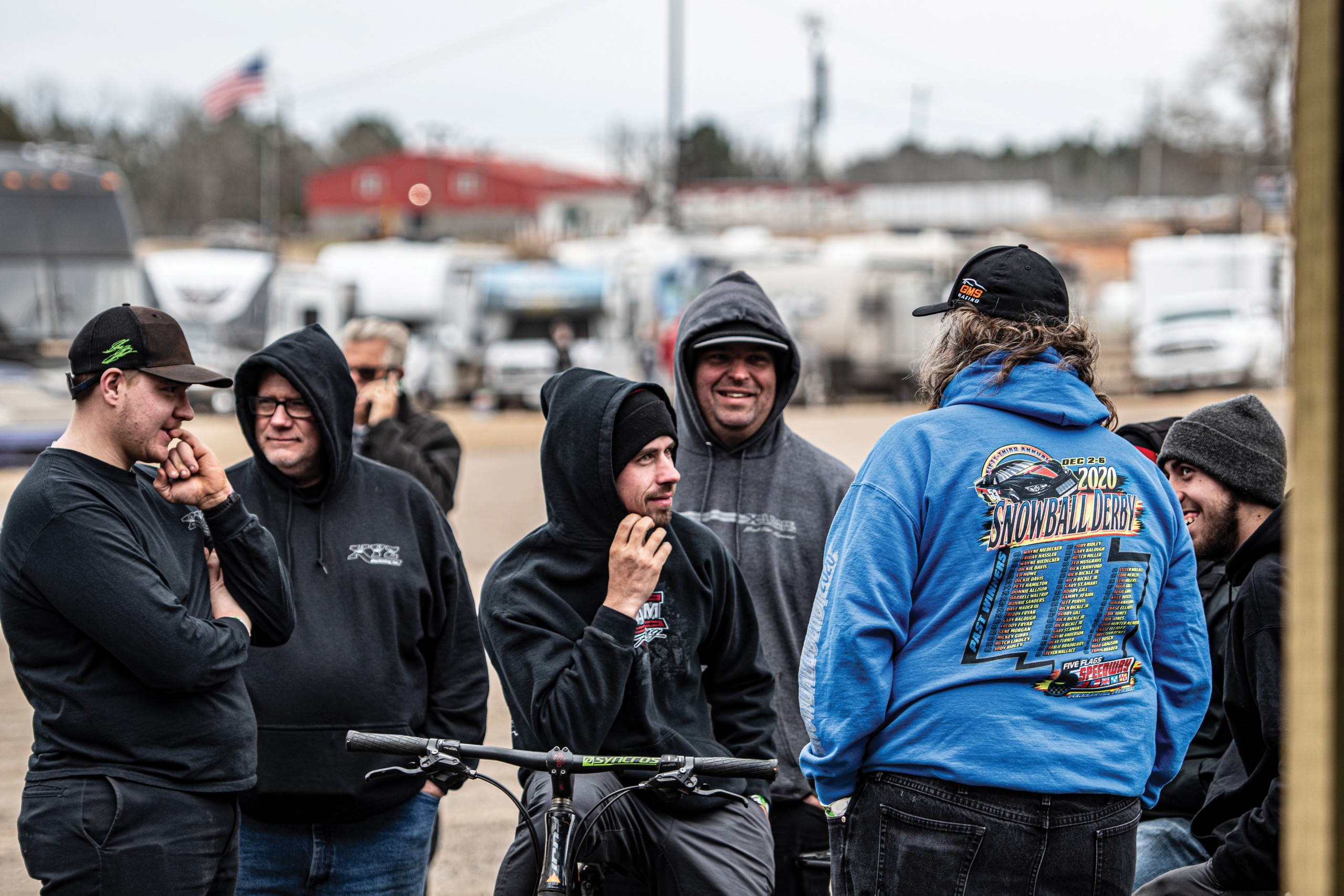 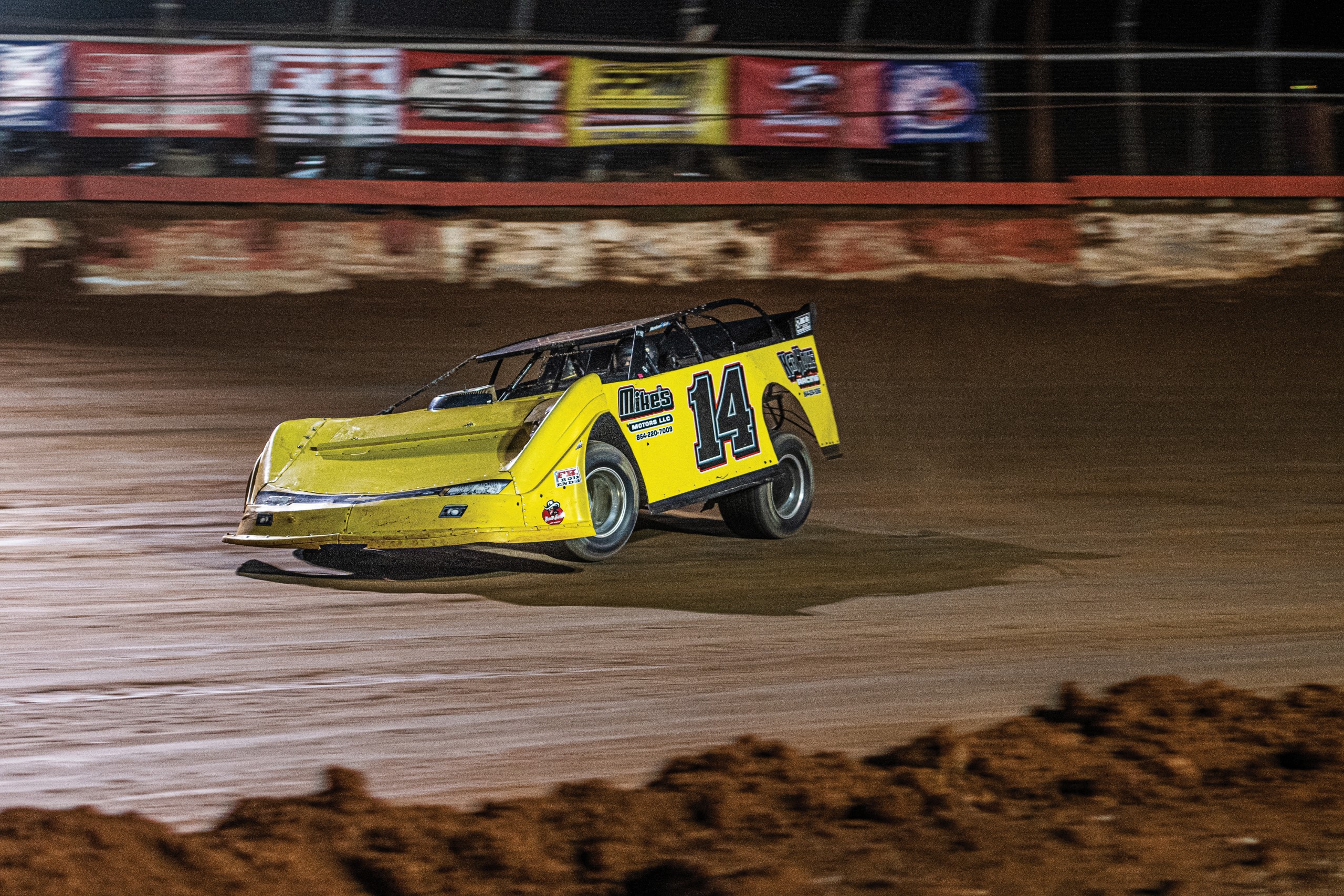 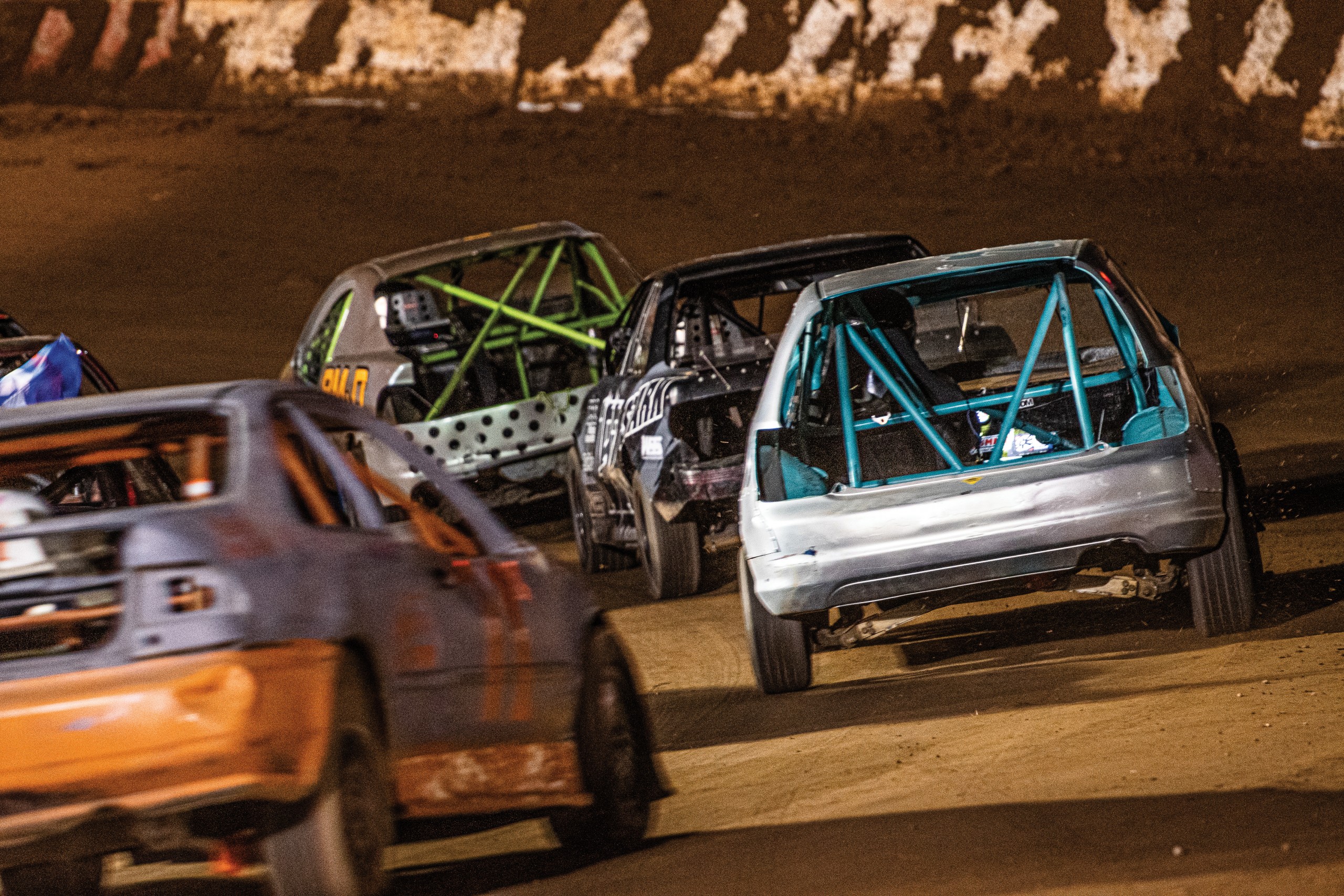 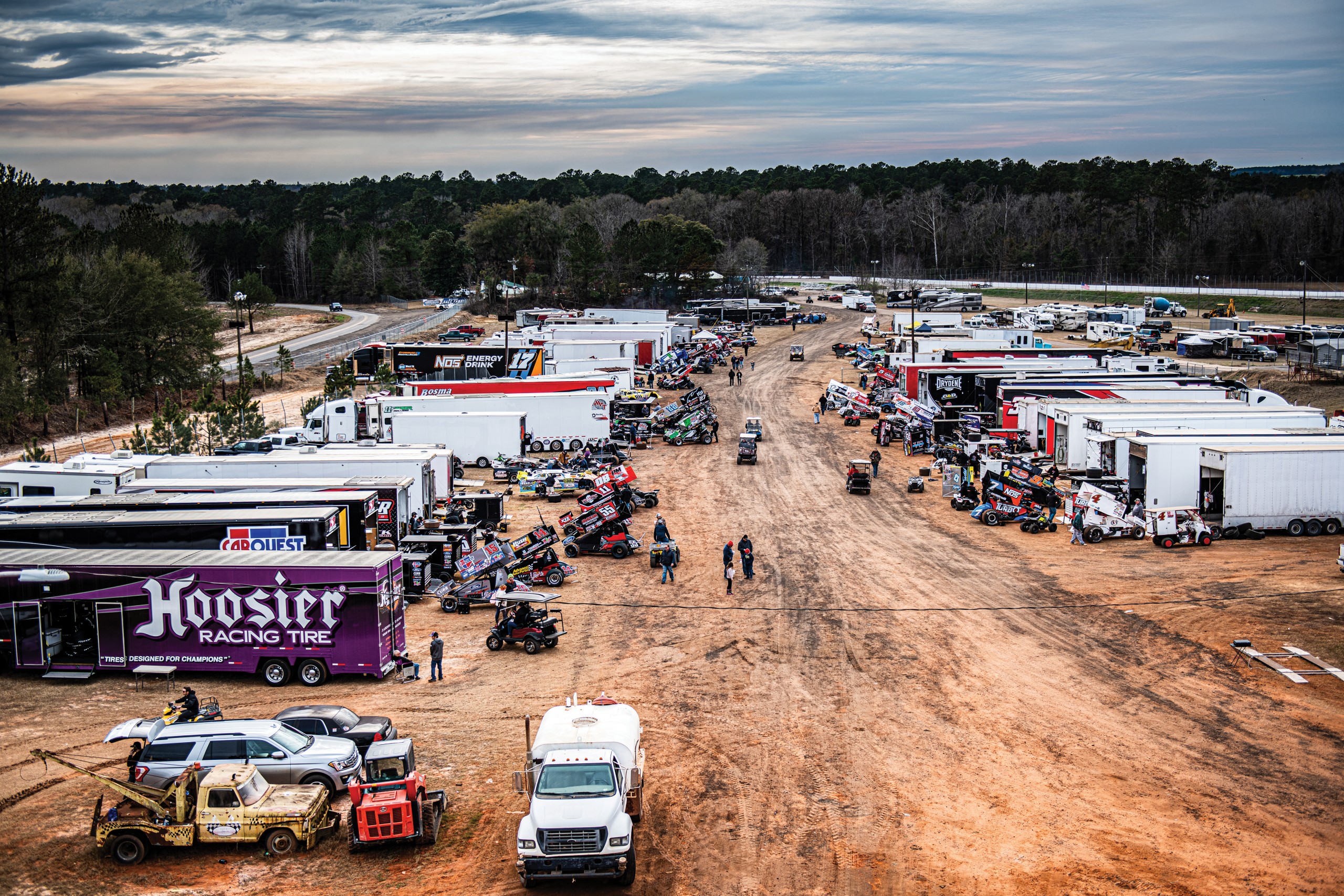 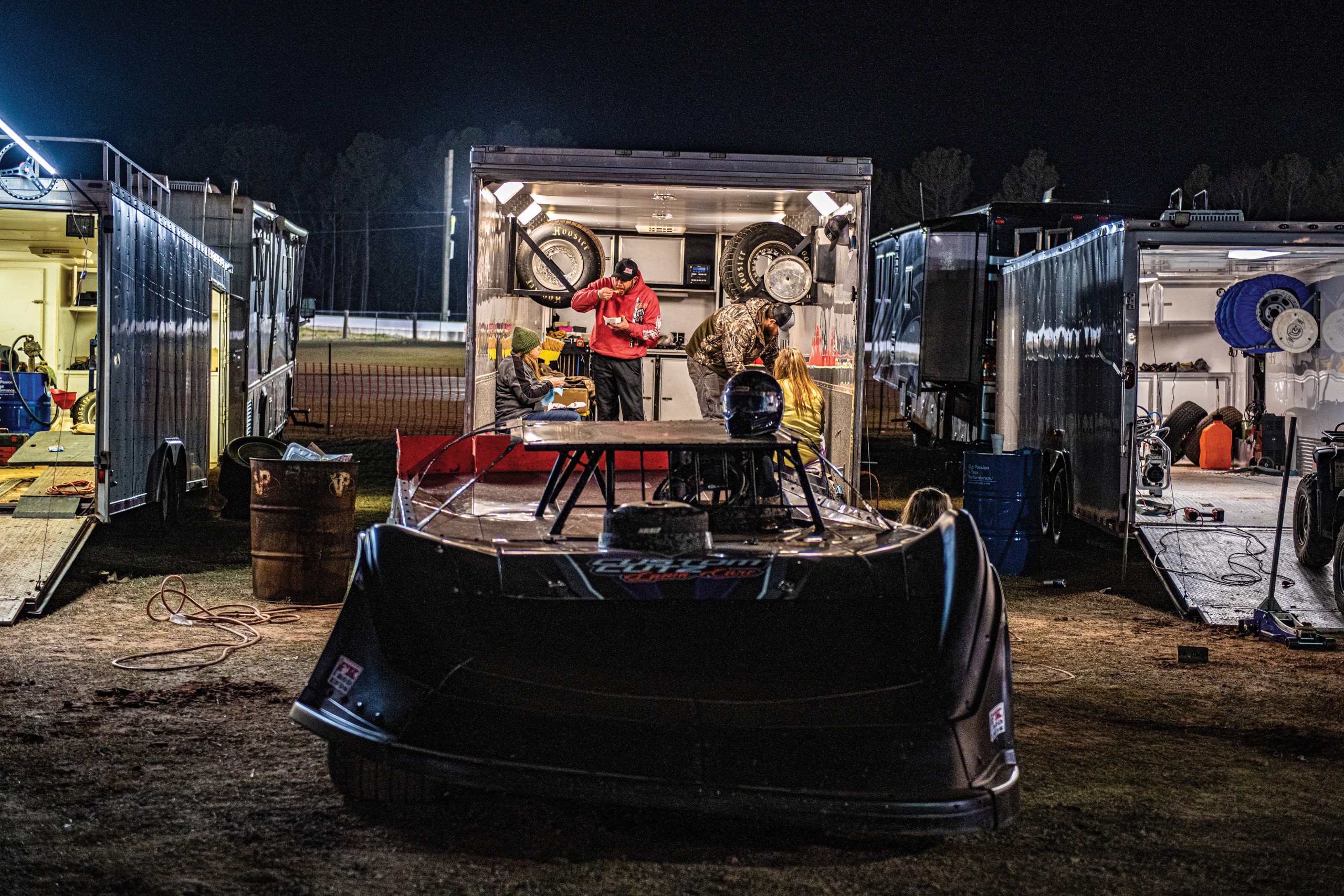 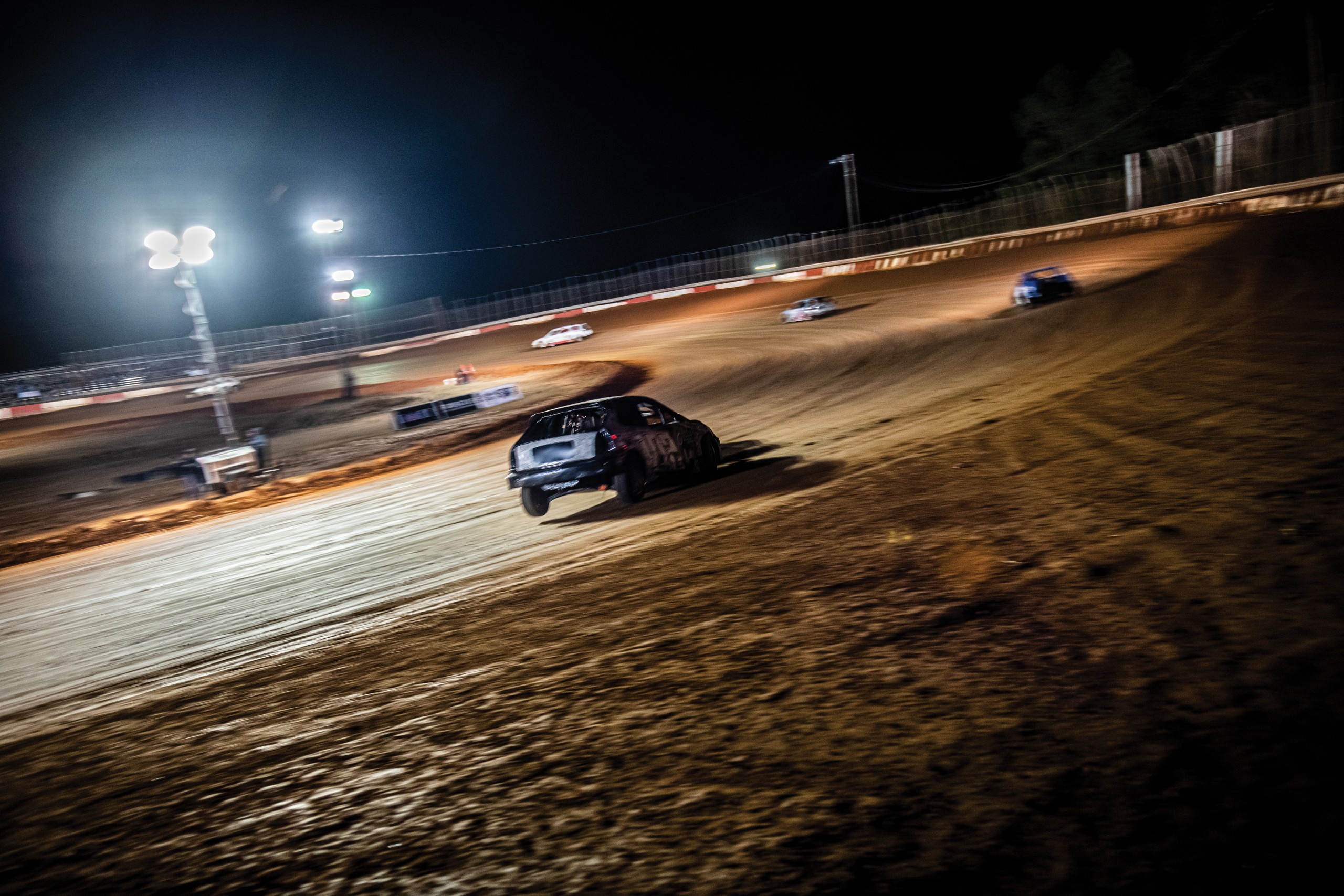 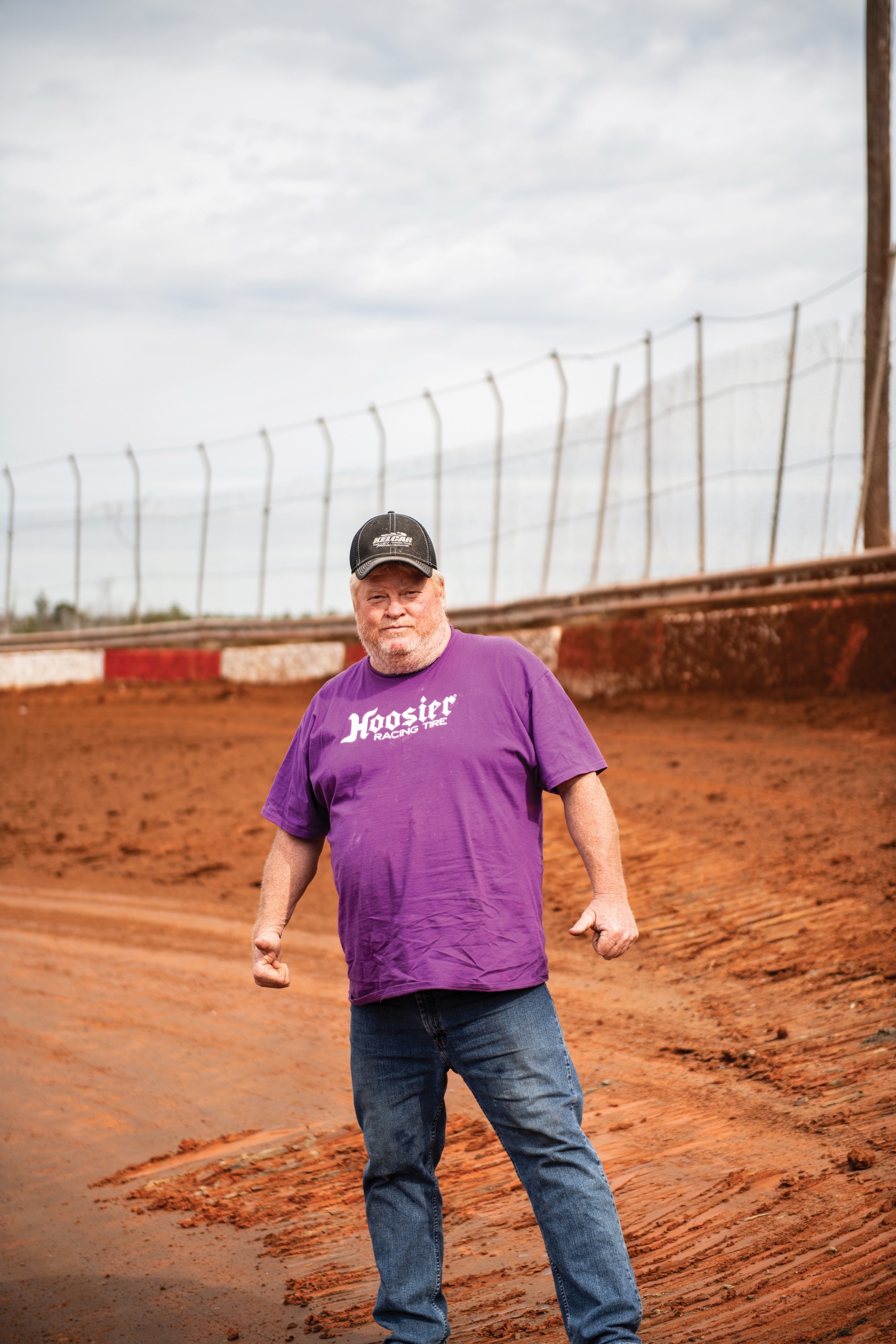 Ready, set…go! Jump into the world of racing and feel the rush.

From watching in the stands, to jumping into the drivers seat, here are a few options that will check that bucket list and get your blood pumping.

Screven Motorsports Complex is known nationwide as the “Action Track of the South” and is home to  Screven Motor Speedway, Savannah River Dragway, Gee Chee Creek Mud Drag, and Gamecock Speedway. These courses offer vastly different racing experiences whether you are racing or soaking it in from the stands. screven-motorsports.com

Roebling Road Raceway is a 2.02-mile, 9-turn road course featuring some of the fastest combinations of corners in the country. Novices with a street-safe vehicle are able to enroll in driving schools hosted on the track to train for a competition license. Club races and time trials are offered for licensed racers. For more information go to roeblingroad.com.

Jacksonville International Raceway instills that love of racing to the younger generations. Racers bring their own go-karts or simply come to watch the fun at this legendary facility. Any and all racers are welcome: nearly half of class kart drivers are female and quarter-mile tracks are available for racers aged four through twelve. jacksonvilleraceway.com

Autobahn Indoor Speedway is European-style, high-speed indoor racing in electric go-karts. Drivers can hit speeds up to 50 mph on Grand Prix-style tracks. Junior racing is available for those eight years of age and older. For quicker service, you can make an online reservation, but if you have to wait, try your skills at axe throwing while you’re there. autobahnspeed.com