Jesse Blanco, host of TV’s “Eat It and Like It” trades in his dinner jacket for a racing bib, challenging himself to finish the famous New York City Marathon. 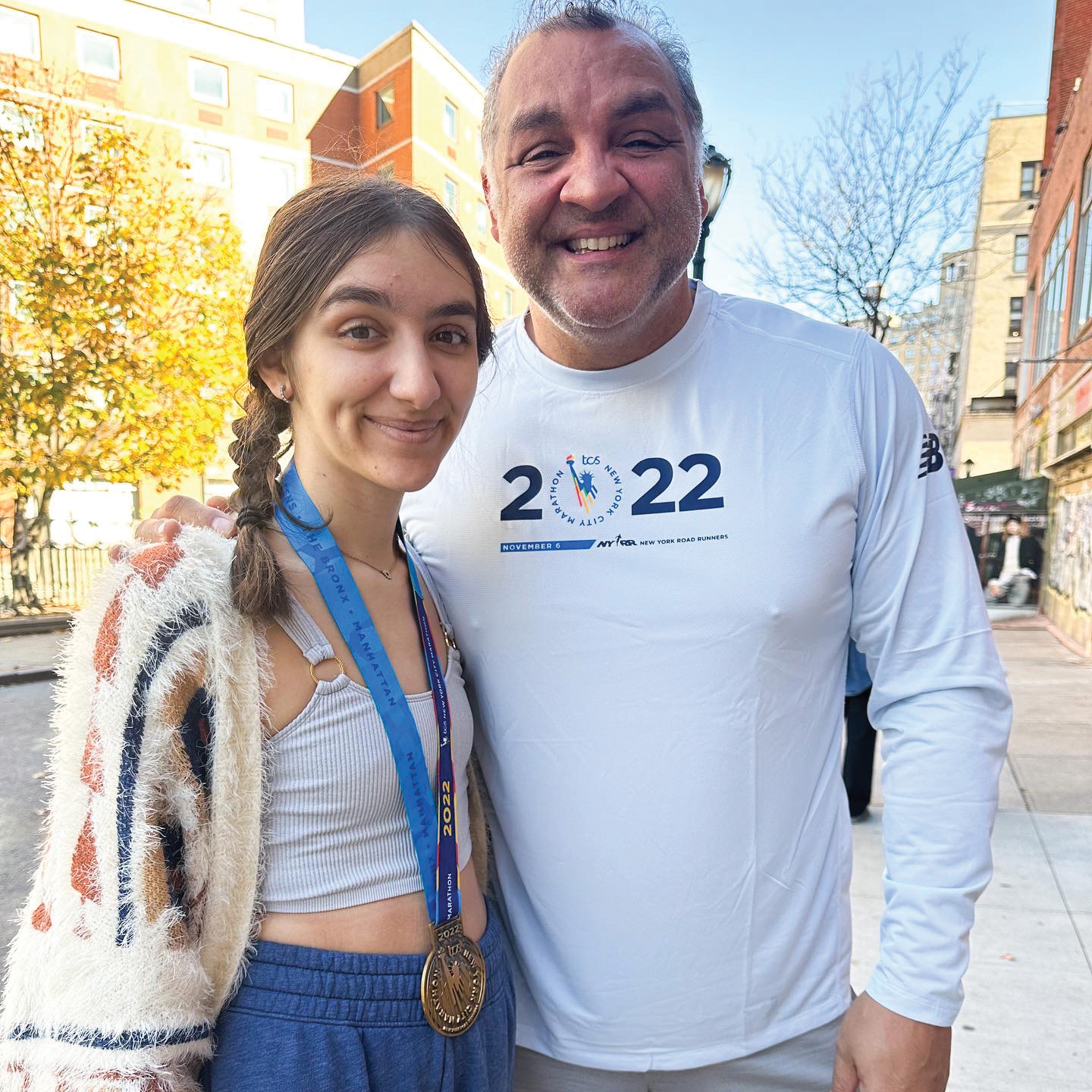 Jesse Blanco gave his daughter, Alexandra (pictured left) because she was his motivation.

That may come as somewhat of a surprise to those of us who know Blanco from his award-winning TV show “Eat It and Like It.” But for those who have seen him regularly popping up at the Bridge Run and the Publix 5K know that Blanco is as serious about running as he is about what makes for authentic pizza.

In fact, those two passions came to a head this past November, when Jesse Blanco took his talents to the Big Apple, finishing the New York City Marathon. Sure, he made a brief pit stop for a slice at his favorite restaurant from his NYC youth, Paty’s Pizza in East Harlem.

“I told my wife, I’m coming in soon, bring me out a slice,” he said with a laugh. “People were passing by me, but it didn’t matter.”

Because for Blanco, just being there meant he had already won a race that had started years before that. Having enjoyed regular daddy daughter trips to New York, Blanco was thrilled when his daughter applied to NYU. After giving her the medal from the Bridge Run he’d run that morning, he promised his little girl that if she got into NYU, he’d do the marathon. 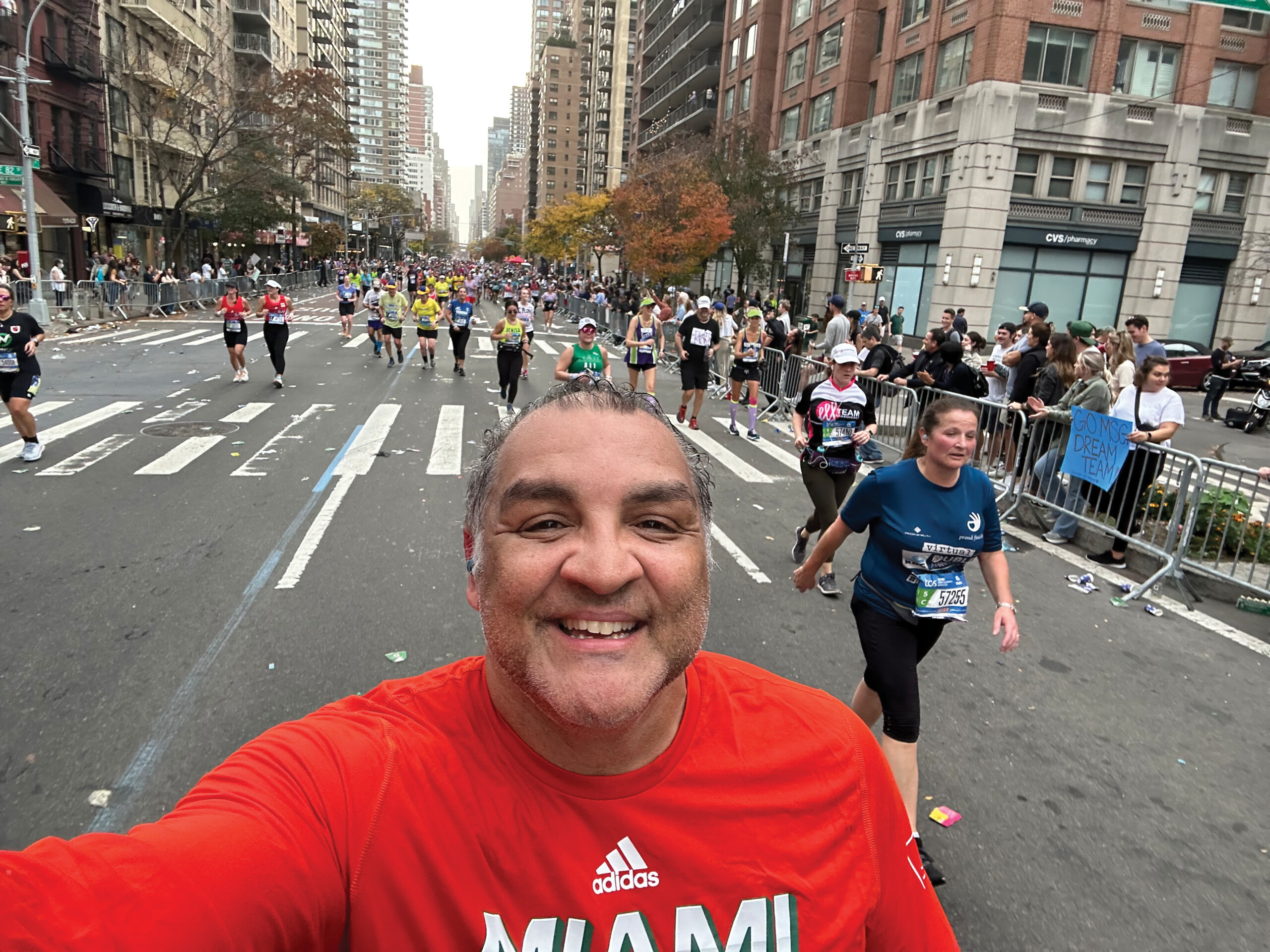 “It was the runner’s high talking,” he said. “My family didn’t laugh at me, but they did snicker.”

They snickered, but they supported him as he began his training. “It was brutal. You just have to go out there and run,” he said. “I ran through a whole Savannah summer, there’s no way around that.” 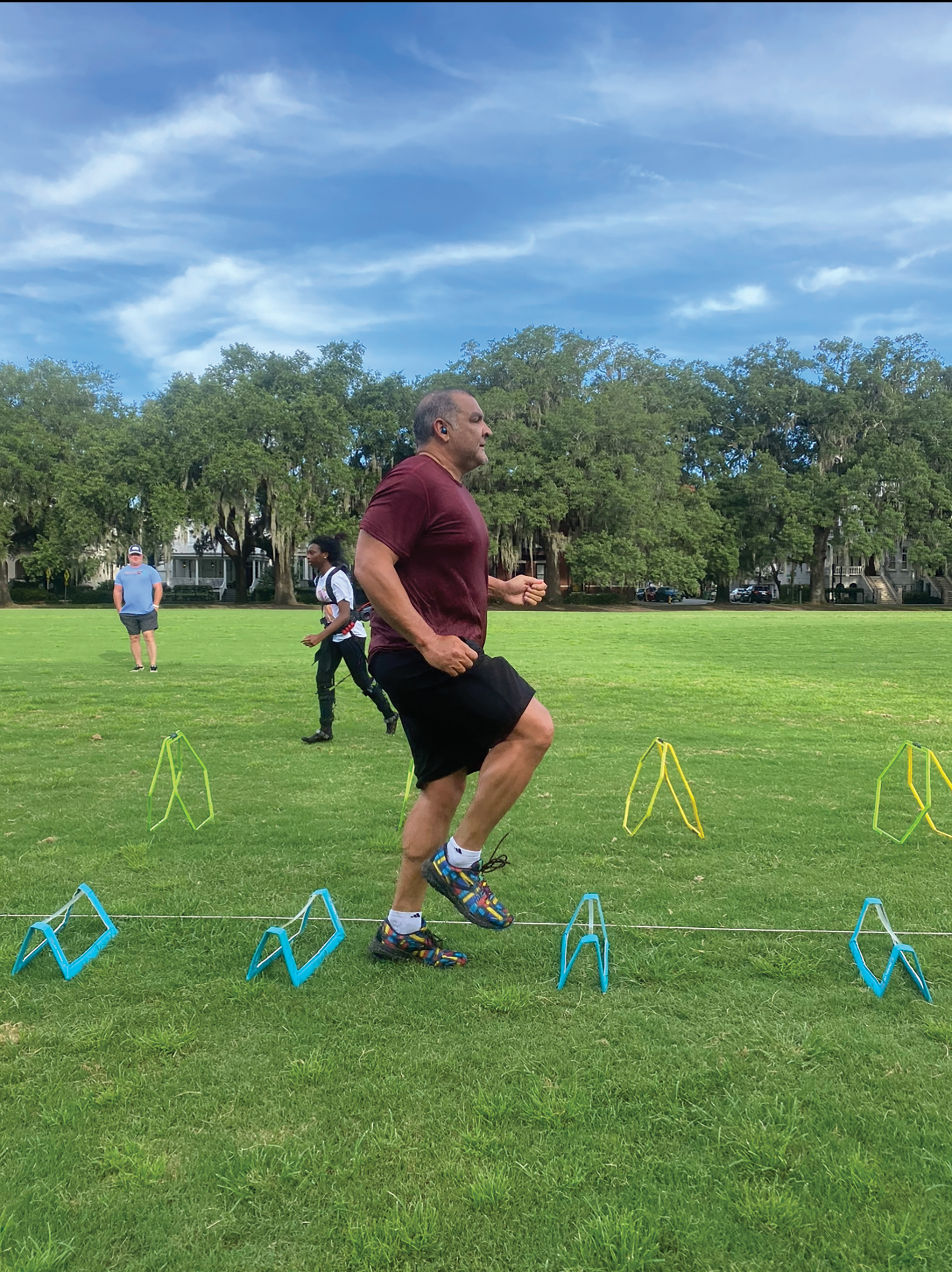 Spurred onward by his coach, Karin Best, Blanco began tearing up Savannah one footfall at a time. Three months before the event, he was running 6-8 miles a day. A trip to Europe gave him a chance to run where the first Olympic marathon runners completed. He served as a judge for the Hilton Head Island Seafood Festival after putting in 16 miles (“I showed up walking bowlegged,” he laughed).

“The 16-mile run I did OK, but when I got into 18- or 20-mile runs, I ran into trouble with proper fueling because that was all new to me,” he said. After hitting the wall hard on an 18-mile run, Blanco recommitted. “It came down to the 32 oz. ribeye I had the night before. I got cocky because I was running 7-8 miles with my eyes closed, but I had to start thinking about what I was eating. Which gets wonky, because I eat for a living.”

Still, the training paid off when he finally crossed that finish line at 67th Street on West Drive. Cheered on by his family, he had achieved a goal he’d been working toward since he made that promise to his daughter.

“I gave my daughter my medal, because she was the motivation,” he said. “But the next medal, I’ll keep.”