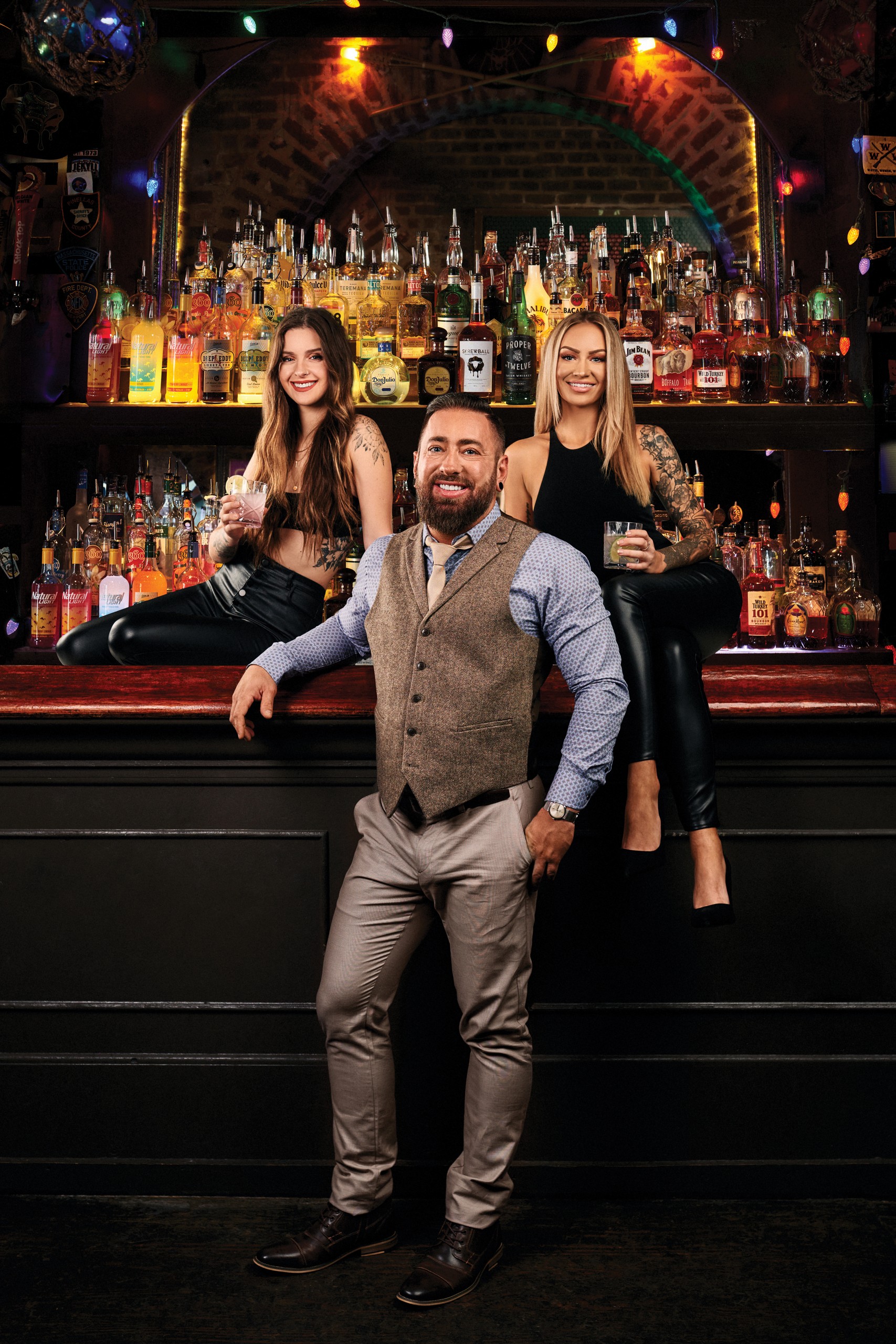 Chris Clarke has always believed that team comes first and judging from his success, it has served him well. Photos / Blake Crosby

Somewhere out there, in the vast endless strains and threads of the universe’s limitless possibilities, there is an alternate reality where Chris Clark wound up in healthcare. In this reality, he serves diligently as an administrator at some desk somewhere for a non-profit health agency. He clocks in at 9 and out at 5. And in this alternate reality, the nightlife scene in Savannah is infinitely poorer for his absence.

“I was going to go to grad school and then leave the industry,” said Clarke of the moment where this alternate reality was very narrowly averted. In that moment, Clarke has already worked his way up to dizzying heights within the nightlife industry. Starting as a teen busing tables at a Japanese steakhouse, he had embraced a post-grad opportunity with a corporate chain of bars. Traveling the country, he had trained somewhere in the neighborhood of 300 different bartenders, helping them perfect their craft. 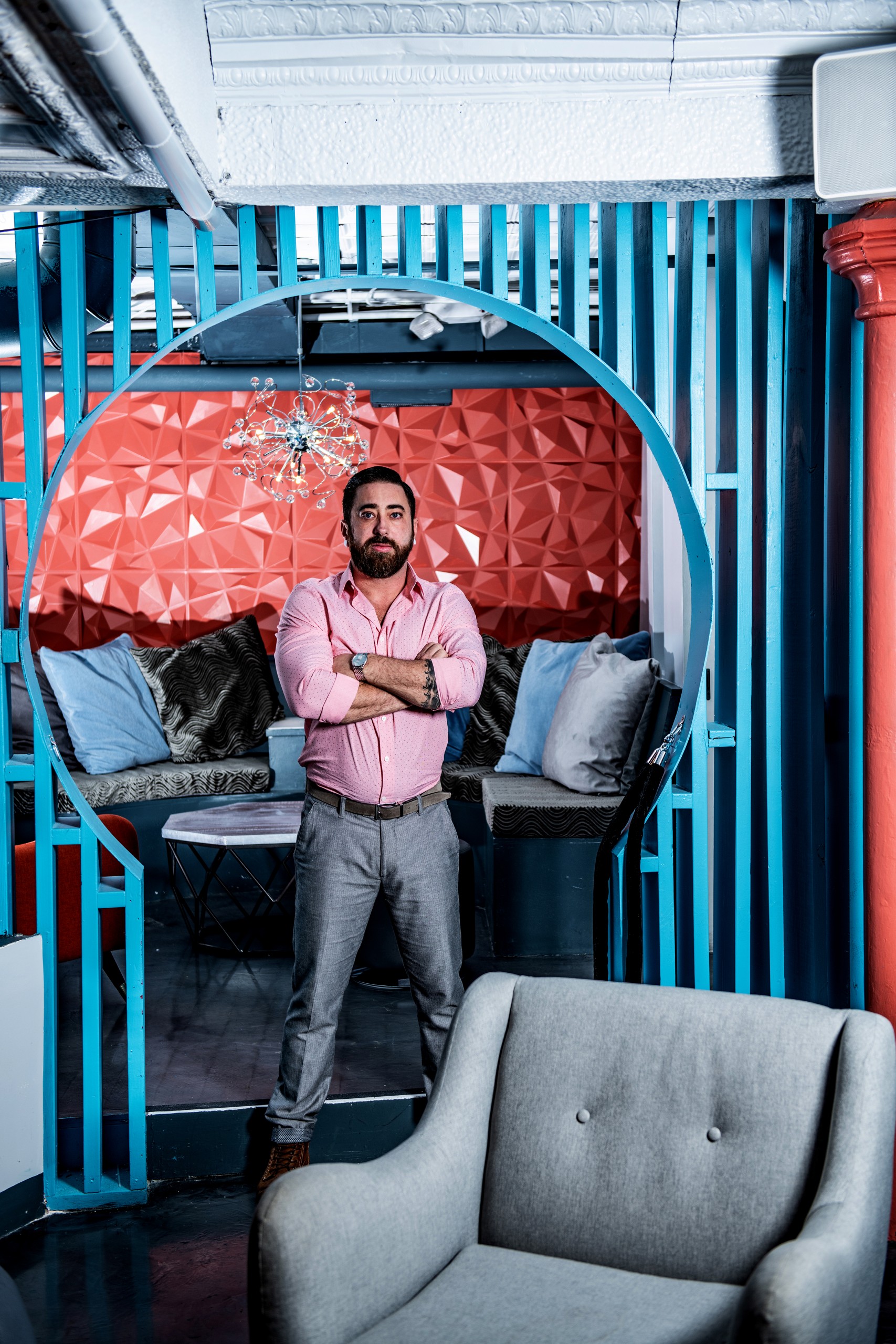 While it was rewarding for him to help so many hospitality professionals raise their game and to hone his own team-building skills, life on the road had been rough. And Clarke, in that moment, was ready to go back to grad school.

Thankfully, for Savannah’s nightlife scene in particular, we never got to see that reality where Chris Clarke was confined to a desk. In our reality, a group of his friends invited him to work at Seed Eco Lounge, and, “it wasn’t a couple of weeks before I was managing the place.”

He was eventually brought into the fold as a partner, overseeing ten years of expansion before the Seed Eco Lounge concept ran its course. (Although, Clarke teased, “It might not be crazy to see another one pop up in the future. That’s all I’ll say about that.”). 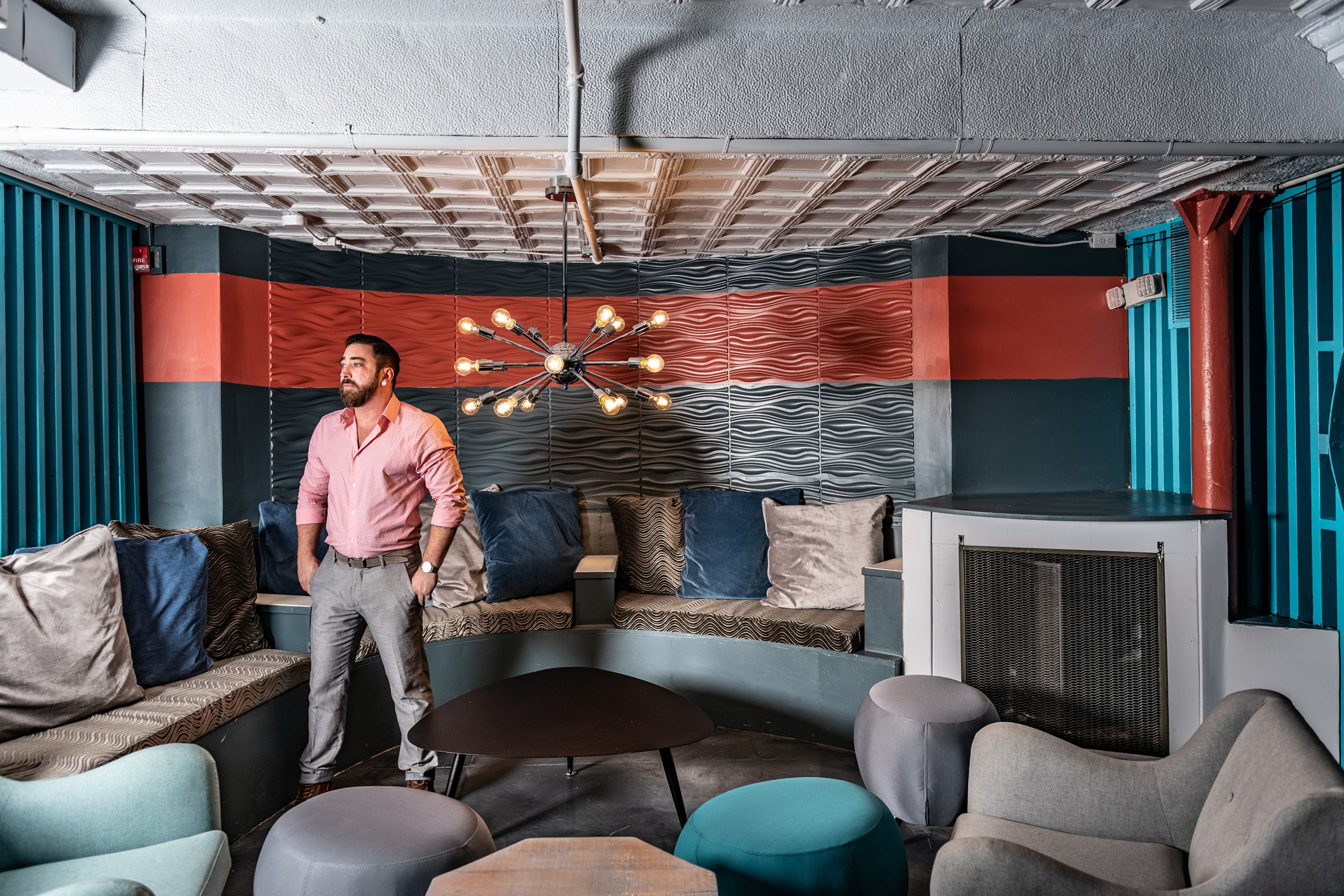 “I was pretty certain I was on my way out of the industry, and then doors opened,” he said. “That first one was really the big leap. But I felt like at the time I could risk it all and if I lost everything, I’d hopefully have time to get it all back.”

That leap proved fortuitous, and Clarke was soon expanding his own personal nightlife empire. Through concepts like Barrelhouse South, Rogue Water and VICE Lounge + Mojito Bar, he proved adept at creating concepts that set the tone for Savannah’s nightlife on their individual merits, while sharing a DNA of inviting hospitality.

“I think it’s all about knowing your market and knowing where there’s a gap and the reason that gap exists,” he said. “I’ve seen concepts that worked well in other markets coming into ours and just not fit. For me, being from Savannah and having that unique perspective… that’s one of the tools I’ve used.”

Of course, he’ll be the first to admit that ultimately, it’s the customer who sets the tone for a concept. “When we started Barrelhouse… I originally planned for (music) to be a secondary part of the environment,” he said. “But we just kept getting such a response to the live music we doubled the size of the stage, added a whole other level of lighting and that’s become almost the entirety of the experience.”

Listening to your customers and delivering the experience they want has proved to be just one of many lessons Clarke has learned as he has advanced as an entrepreneur.

“It’s wonderful to work for yourself, it’s wonderful to bring joy to people and security to employees’ lives,” he said. “But on the other side of that, you’re fully accountable to yourself and no one else. Having everything on your shoulders can be a heavy burden. You have to step up to the plate… once you step into entrepreneurship you’re never clocking out.” 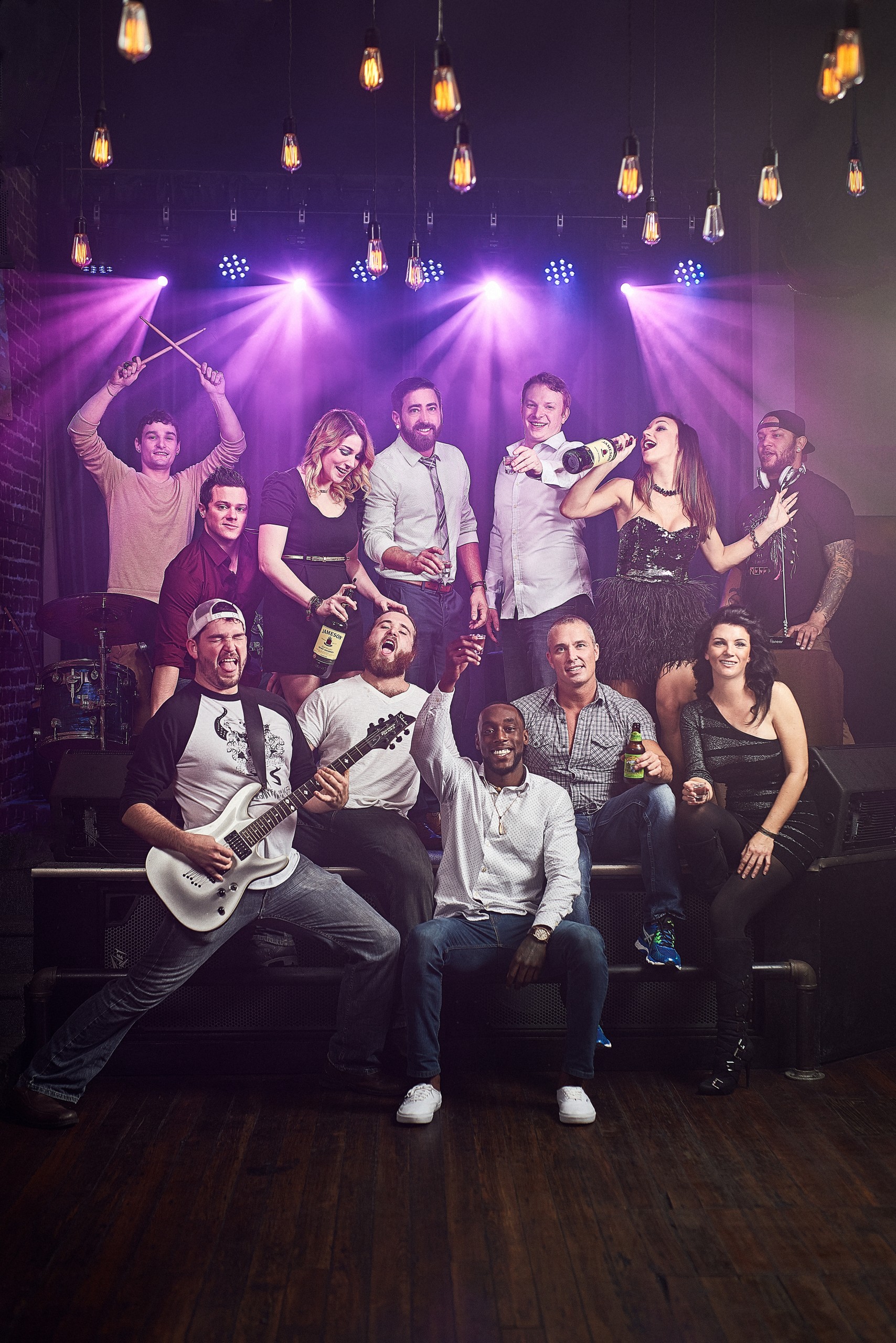 Thankfully, he may work for himself, but he certainly doesn’t work alone. “I can’t say enough about my team’s importance to our combined successes and achievements over the years,” he said. “That’s an integral part to accomplishing anything. None of this would be possible without them on board, nor would any of this be worth it.”

Perhaps the biggest lesson has been the importance of relationships. That runs the gamut, whether it’s a relationship with vendors or with employees.

“For me, I enjoy that I can provide security for people who rely on me. To be able to provide that is my biggest sense of accomplishment,” he said.

And that strength of relationship extends beyond just his professional bonds. You don’t build brands the community loves without building that bond with the community. This past year, one of the most taxing for Clarke’s industry, proved that in spades. When pandemic restrictions were first lifted, Barrelhouse South was among the first venues to reopen.

“We were provided the opportunity to reopen, but nobody did the first weekend. On the second weekend, I was thinking to myself, ‘Let’s just open to sell takeout drinks and see the response from the community,’” he said. “We were going to open at noon that Saturday. By 11:30 we had a line of 60 people waiting for us to open… The community made it clear they wanted to be there. The next few months of being open, I got more positive feedback than I’ve ever received.”

And for Clarke, someone who built his life around hospitality, that was among the most rewarding moments in a long and storied career.

“It was more a sense of community than I’ve ever felt. Everyone was happy we could be together and everything was OK. It was the best time I’ve ever had, weirdly enough,” he said.

It was a chance to let Savannahians feel something normal after a stretch of time that felt anything but. It was a great moment in the hospitable history of the hostess city. And to think, none of it would have happened if Chris Clarke hadn’t taken one leap of faith. • 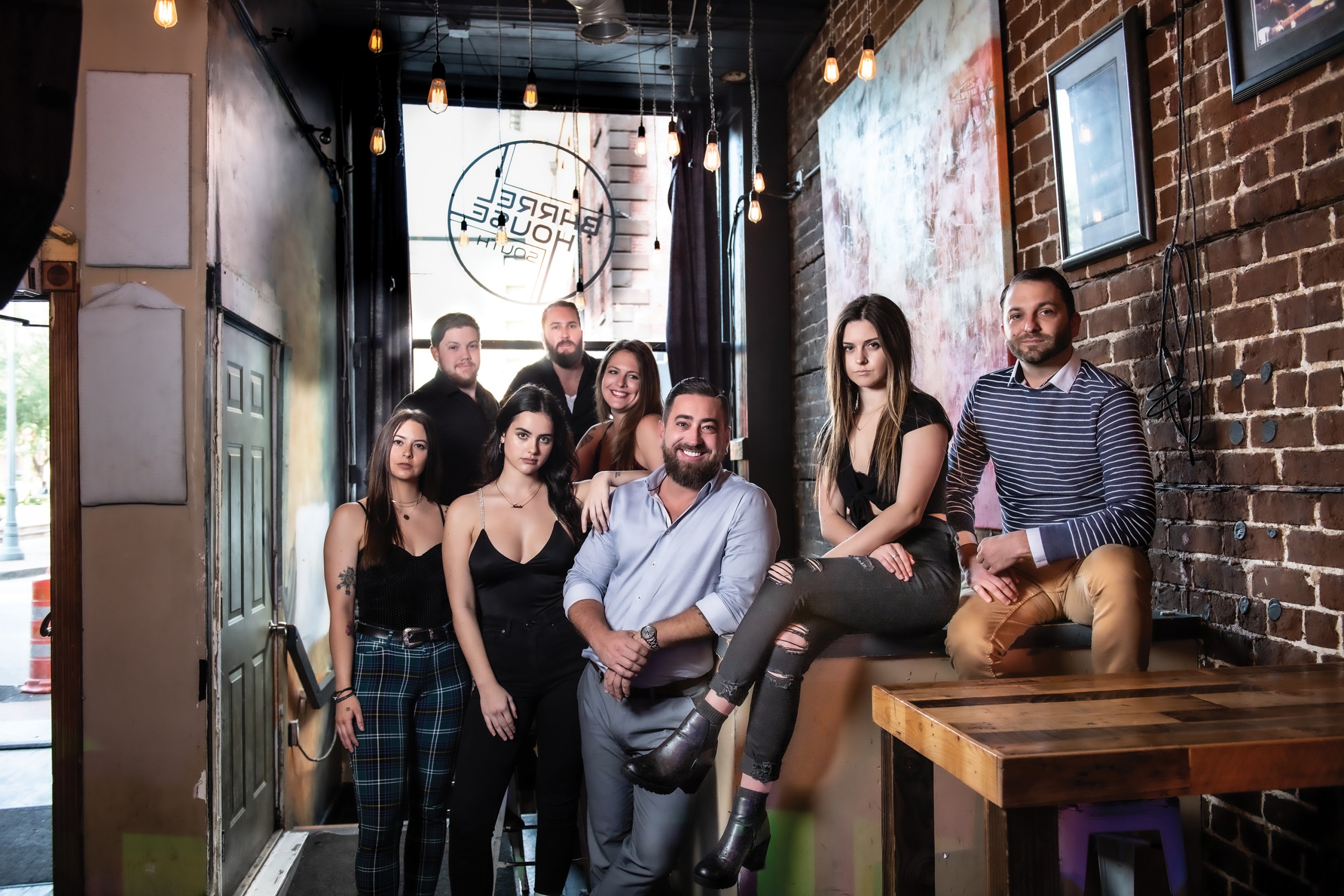 VICE Lounge + Mojito Bar
The heartbeat of Savannah’s club scene, with upscale-modern finishes and a refined Caribbean atmosphere. Underground lounge open Thurs-Sat 9pm-3am.
Chris Clarke has always believed that team comes first and judging from his success, it has served him well.