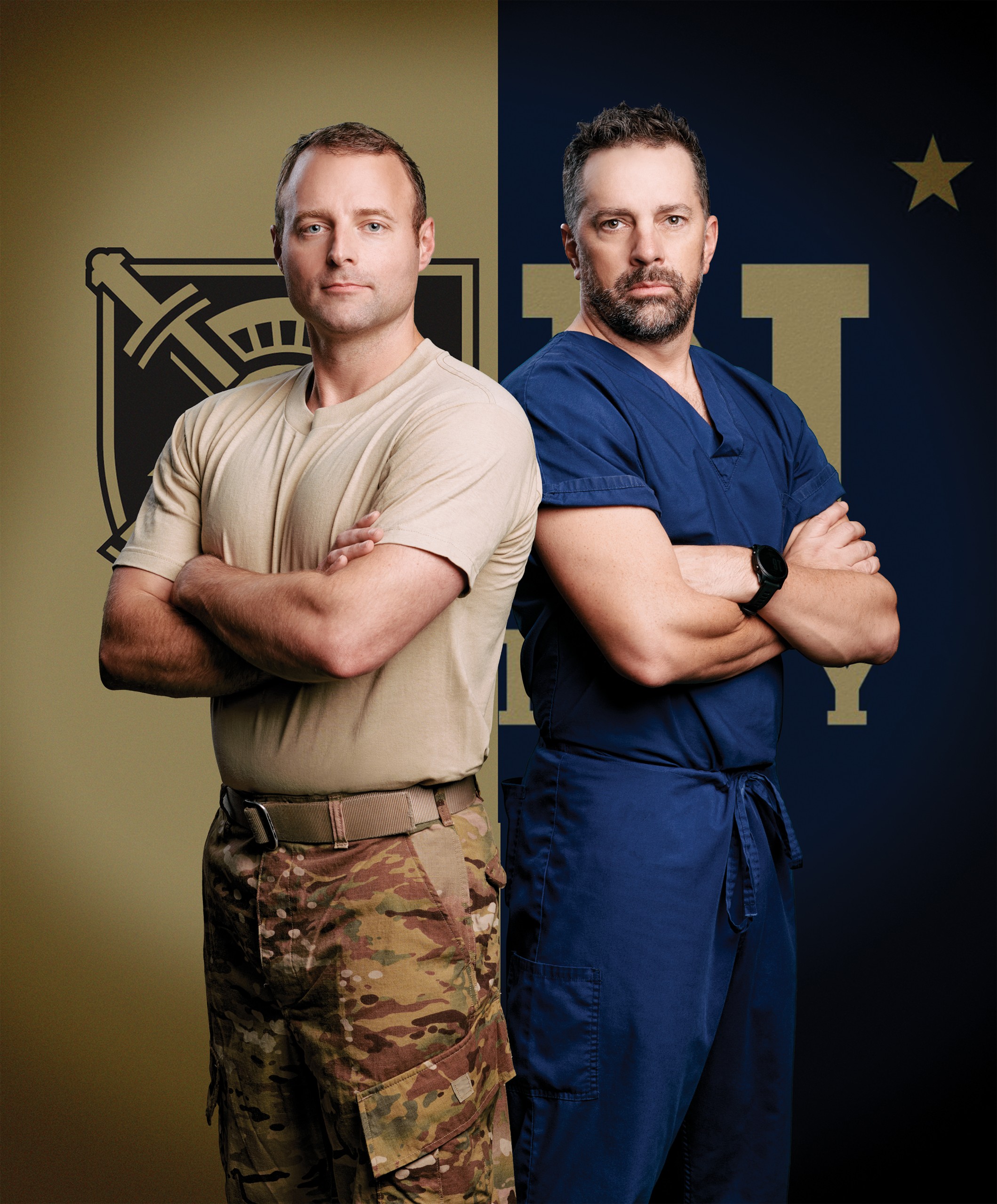 When a soldier is wounded in battle, every second is critical. That life-or-death urgency makes battlefield medicine unlike anything else a doctor will ever be called on to do. Meet two doctors who have been out in the field.

Sticking out of the scorching terrain that marks the Iran/Afghanistan border, the town of Farah is a place defined by unforgiving conditions.

With summer temperatures routinely hitting 140 degrees, you’d be hard-pressed to find a more difficult place in which to practice medicine, particularly if there is a war raging on all around you.

To most doctors, it would be like running the gauntlet. Dr. David Sedory views it as his own trial by fire. “It was a really good experience,” he says. “At the time, it wasn’t the most fun because you’re away from family, but in retrospect it was an eye-opening experience.”

Working with what he had in the field, Sedory found himself putting pins into bone blind without the help of an x-ray, repurposing equipment to stabilize injuries and even expanding his expertise during downtime. “I was paired with a general surgeon who asked me, ‘You want to learn how to take a spleen out?’… I’m probably the only orthopedist who has taken out a spleen in the last six months,” he says with a laugh.

If nothing else, it serves as a constant reminder of the advantages Dr. Sedory enjoys in a practice like Optim Orthopedics.

“I tell most people, ‘You don’t know how good you have it – go and see how other people live like and you will very much appreciate what you have stateside.’ Everything we have… it’s like a whole other world compared to what they have other there.”

On the far side of Afghanistan, at the Tajikistan border in the town of Kunduz, Dr. Chad Zehms had been part of Combined Joint Special Operations Task Force in the initial push into the territory.

“We were the tip of the spear, the first line of defense outside of corpsmen in the field. Our job was to stabilize injuries, save their lives and get them to the next place where they had more capability to treat them,” says Zehms. “In the time I was there, the military was making the big push for counter insurgency operations. Fifty-percent of my time was spent taking care of Afghans and day to day injuries…. Crazy injuries they’d left untreated. One guy had a tibia fracture that hadn’t healed after a year. It was an investment in these people to get them to see the U.S. military is trying to be your friend.”

Even after returning, Zehms found himself in a high-pressure medical field, as an on-field trauma consultant for the Green Bay Packers. As he was credentialed for trauma hospitals, it would be on him to take severely injured athletes to the hospital, allowing team doctors to stay on the field.

“At the end of the day, the actual job doesn’t change. The area you’re working and the people you’re working on can change dramatically. A $25 million quarterback and an Afghan farmer both break their leg the same way.” (Continued) 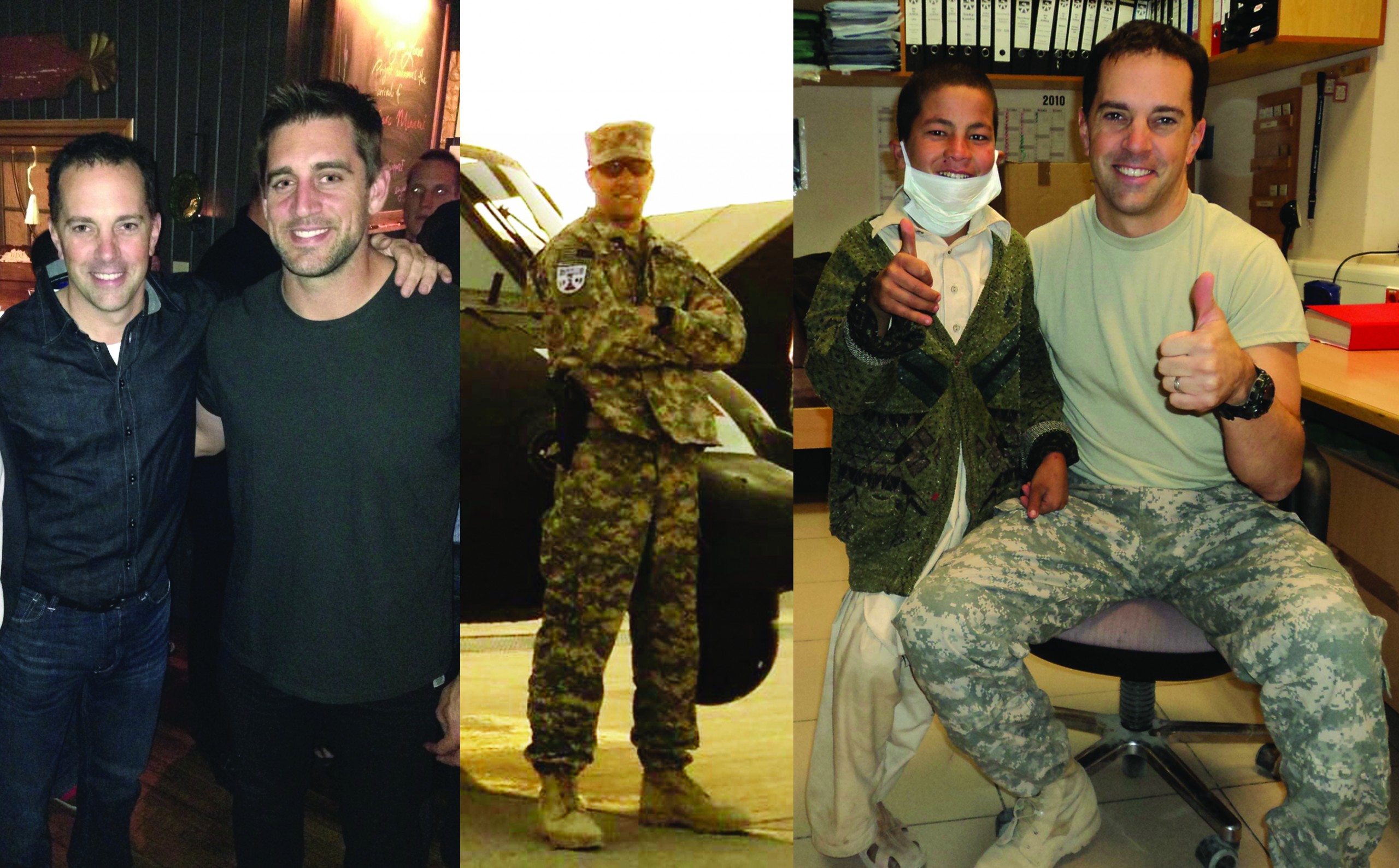 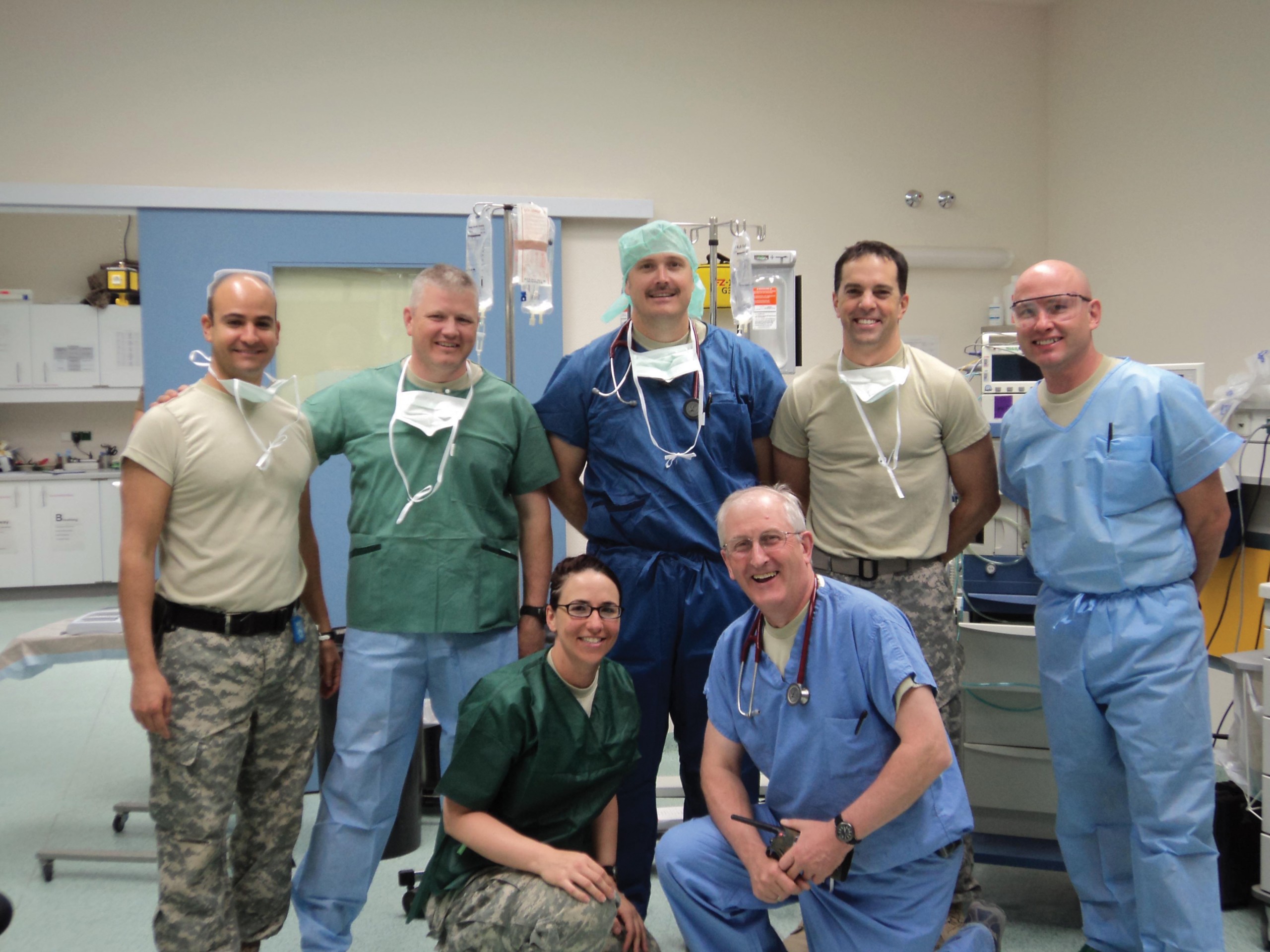 Drs. Sedory and Zehms are now working for Optim Orthopedics in the Savannah area and Beaufort, respectively. They are both board-certified in orthopedic surgery. 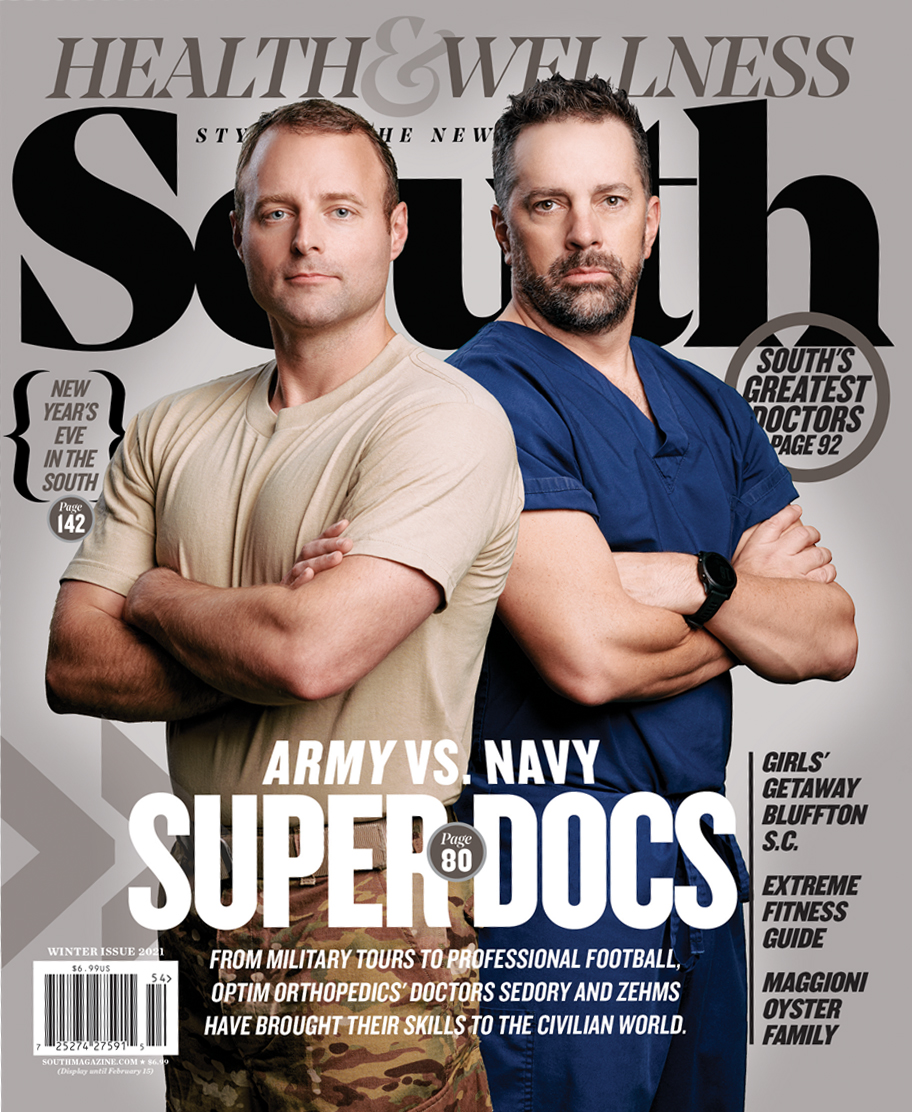 Dr. Sedory and Zehms are featured on South magazine’s Health & Wellness cover 2020. For more information on them and Optim Orthopedics, visit optimorphopedics.com.