No, you’re not imagining things. That is Forrest Gump on a downtown trolley, politely inquiring “Is this seat taken?” 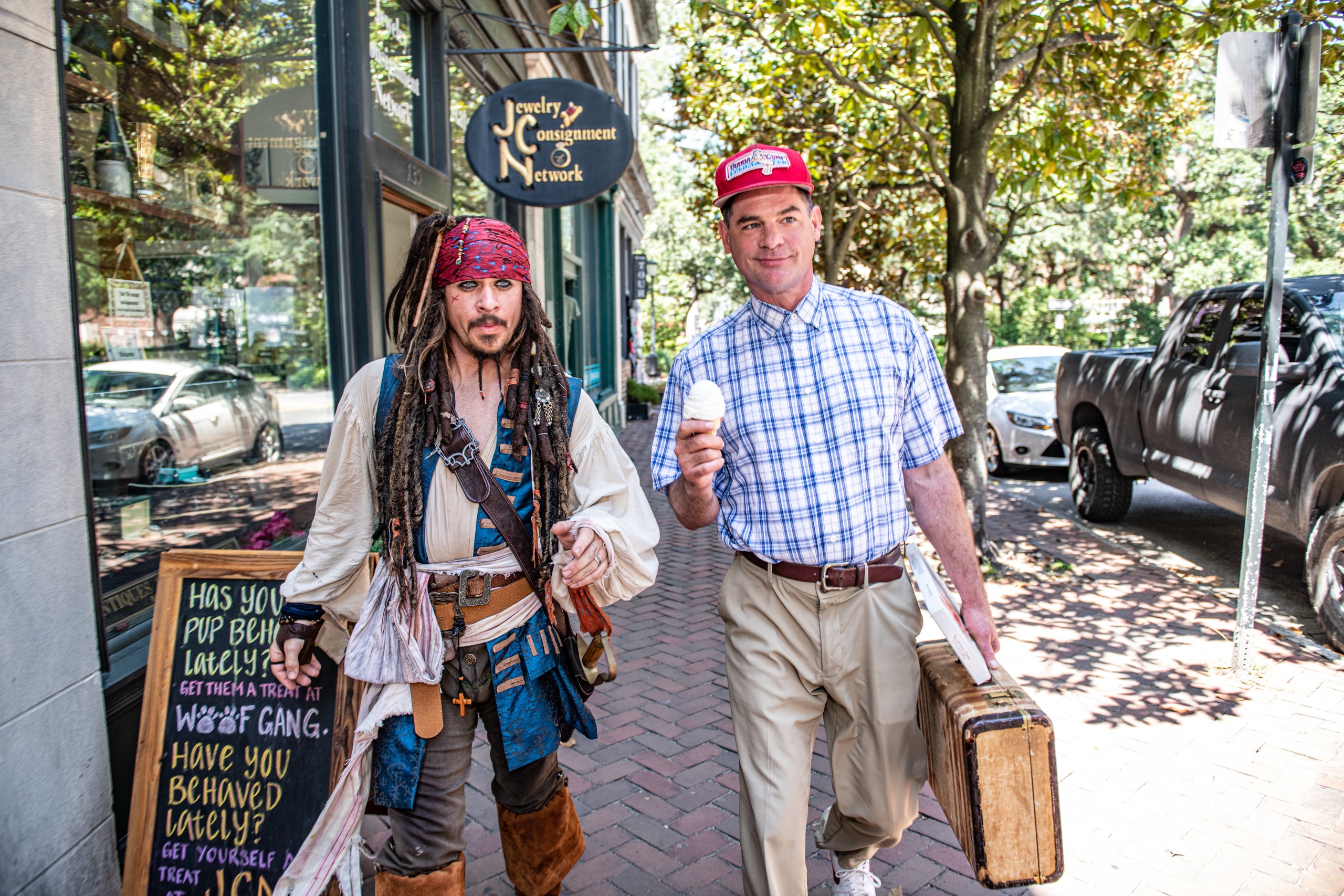 No, you’re not imagining things. That is Forrest Gump on a downtown trolley, politely inquiring “Is this seat taken?” And yes, that is everyone’s favorite high-seas trickster, Captain Jack Sparrow, carousing at an event or spreading cheer at a children’s hospital.

They’ve become part of the fabric of Savannah, Georgia, boasting large personalities and drawings fans of all ages. Their impersonations go way beyond “dressing up” as their characters come to life in a big way.

If you’re in Savannah and see Forrest Gump rushing down the street, feel free to shout, “Run Forrest run!” John Sandifer has heard it before. 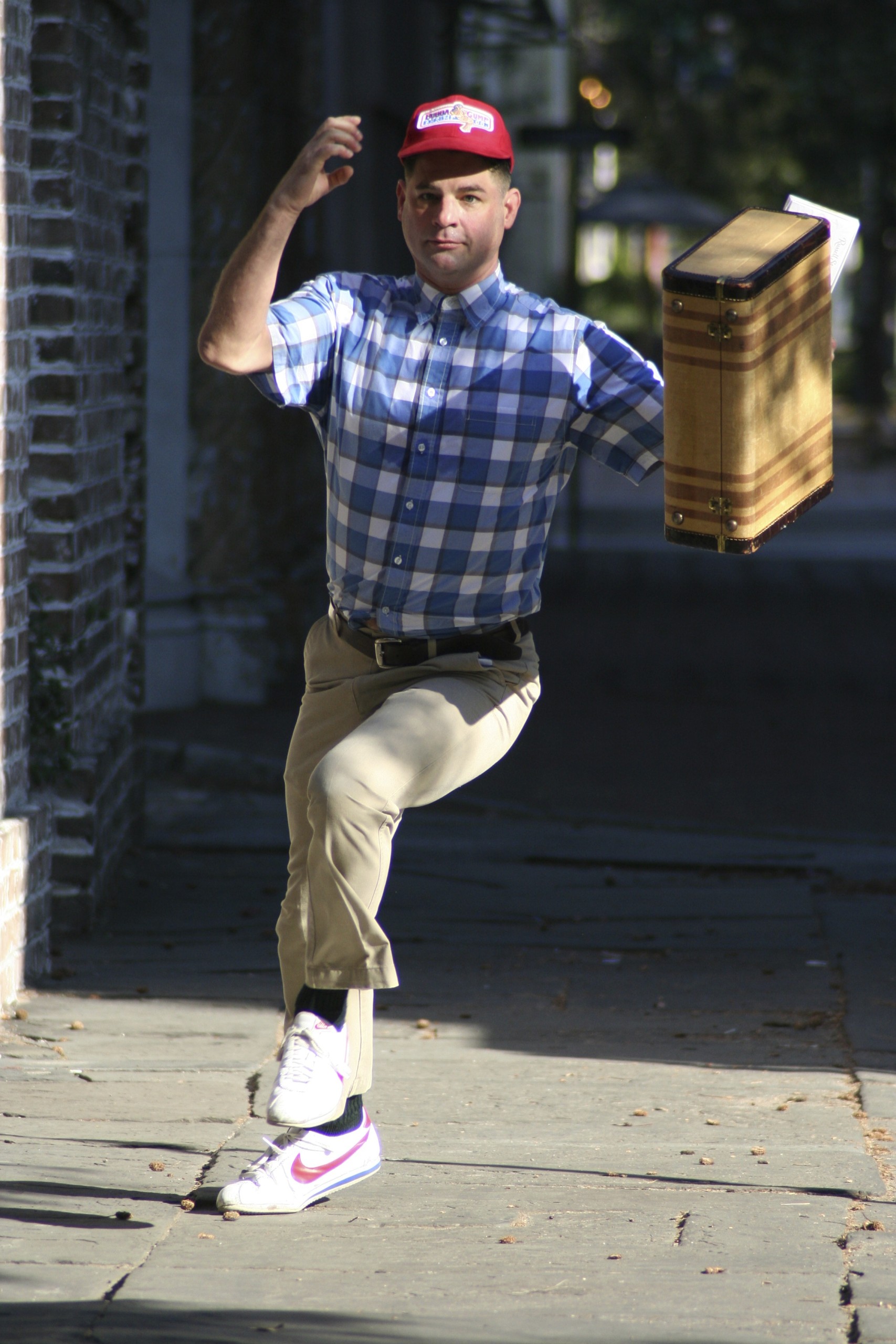 The actor and impressionist (he cites Rich Little and “Saturday Night Live” as influences) is a native Georgian who, besides impersonating the guileless Gump, once doubled as a young Burt Reynolds, appearing with the elder (and actual) Reynolds at car shows — and yes, Sandifer even got to drive the famed “Smokey and the Bandit” Trans-Am.

So how did this one-time gymnastically inclined UGA cheerleader (he could do back and front flips) end up running around the Hostess City?

He just decided to. 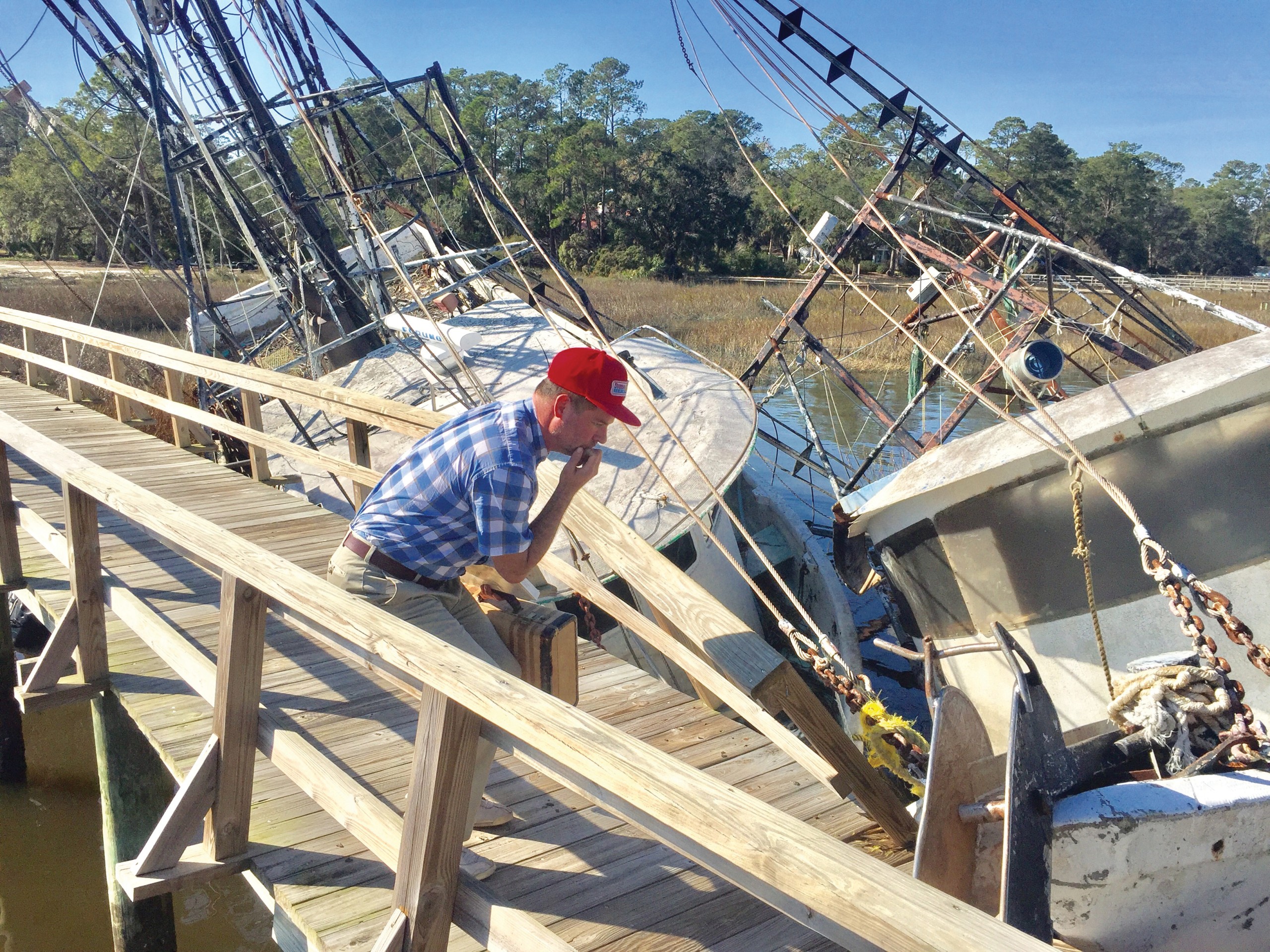 After relocating from Atlanta, Sandifer put on the persona of the beloved film character and started jumping on and off city trolleys, entertaining riders between stops. Attention was paid. Before long he was hired by Old Savannah Tours to keep the fun going.

That same creative energy prompted him to don his Gump gear and go to Forsyth Park in 2011 to see actor Gary Sinise and the Lt. Dan Band, a group the “Forrest Gump” co-star formed to play USO and charity events.

Sandifer-as-Gump was noticed by one of the singers and invited onstage to join the band in a rousing “You Make Me Feel Like a Natural Woman.” After his exit, Sinise good-naturedly told the crowd, “Forrest Gump! That’s a shocker!”

And, ladies and gentlemen, if you happen to be at an event and no less a charmer than Captain Jack Sparrow sidles up and tries to “borrow” your jewelry, don’t worry. He’ll give it back. He’s just having harmless fun with us landlubbers 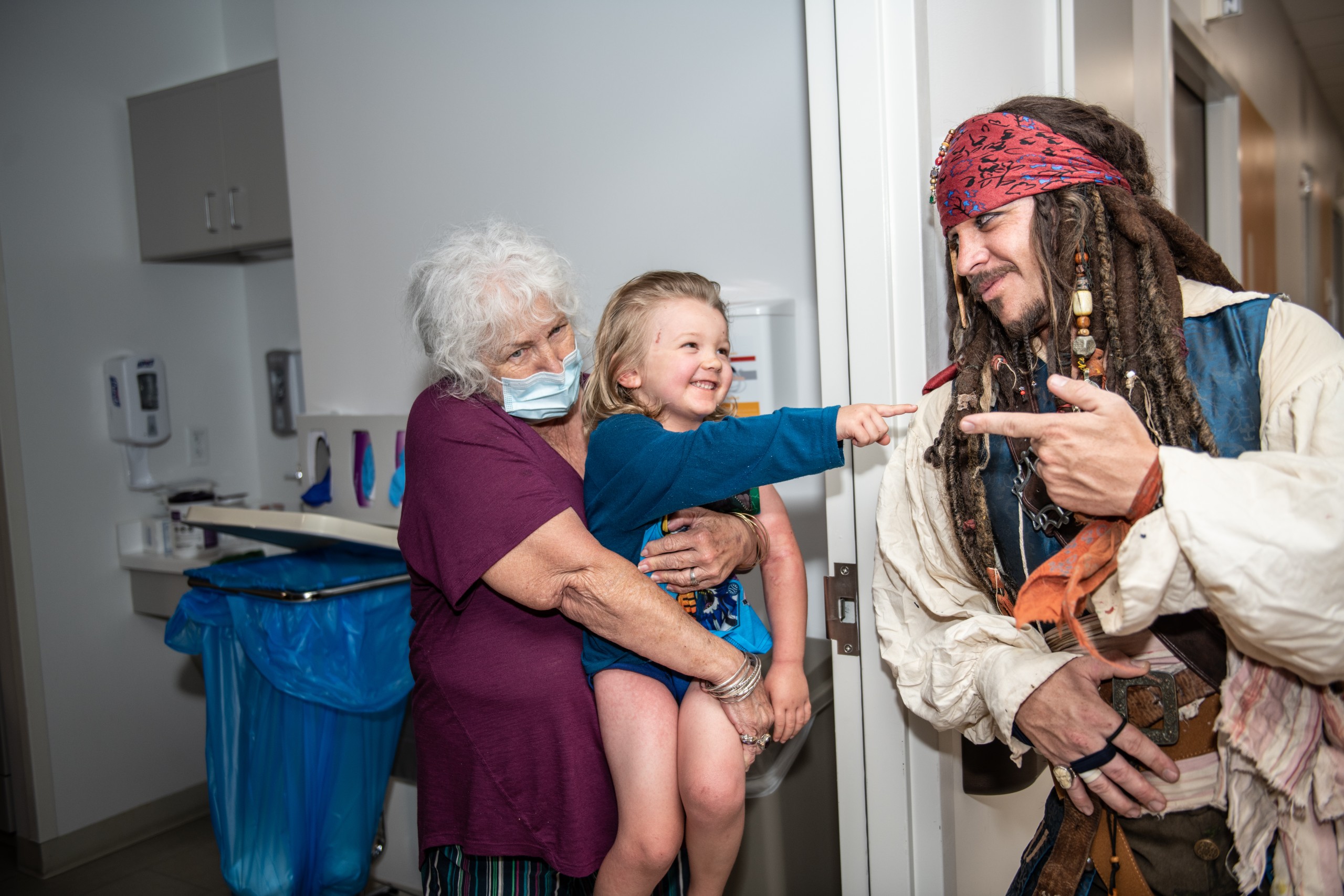 Jared Bacon takes time out of his busy schedule to visit Children’s Hospitals.

Jared Bacon is a Savannah-raised actor and musician, and his saucy Sparrow is one of several characters he portrays for fun and profit (a pirate must be paid, savvy?) He’s got the look, the brogue, and the rakish flamboyance of Johnny Depp’s popular film pirate down to a solid art. So much so that no less than rock ‘n’ roll legend Alice Cooper (who plays in a band with Depp) once had to look twice to tell the difference. 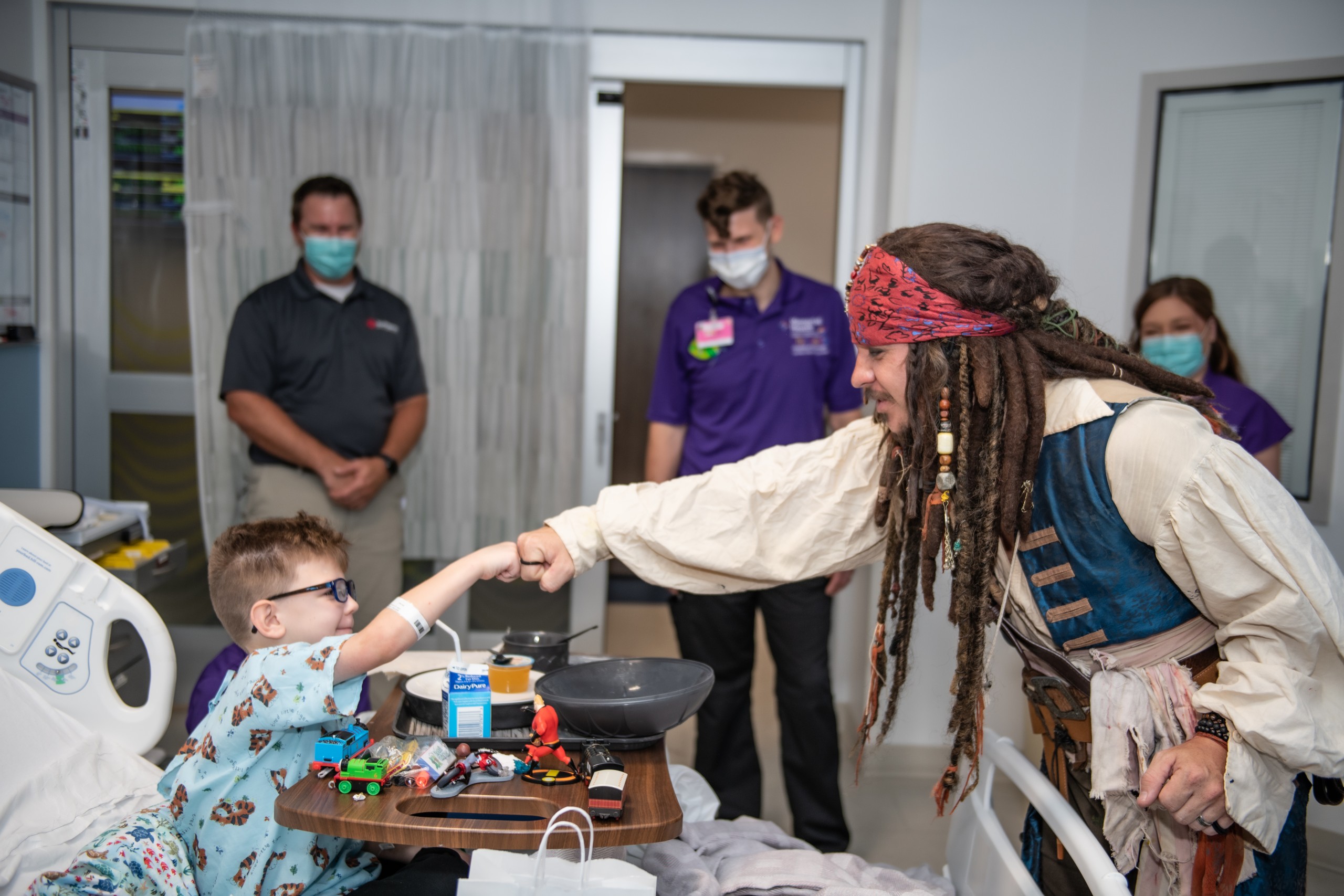 Bacon is serious about his craft. “That’s my passion, bringing characters to life” he says, whether it’s Sparrow, the Mad Hatter, his take on Heath Ledger’s Joker, or a film or television role.

Bacon also volunteers his time and talent to present the prince of pirates at children’s hospitals.

“I want to be able to give back. It blesses me to see how the kids react.” 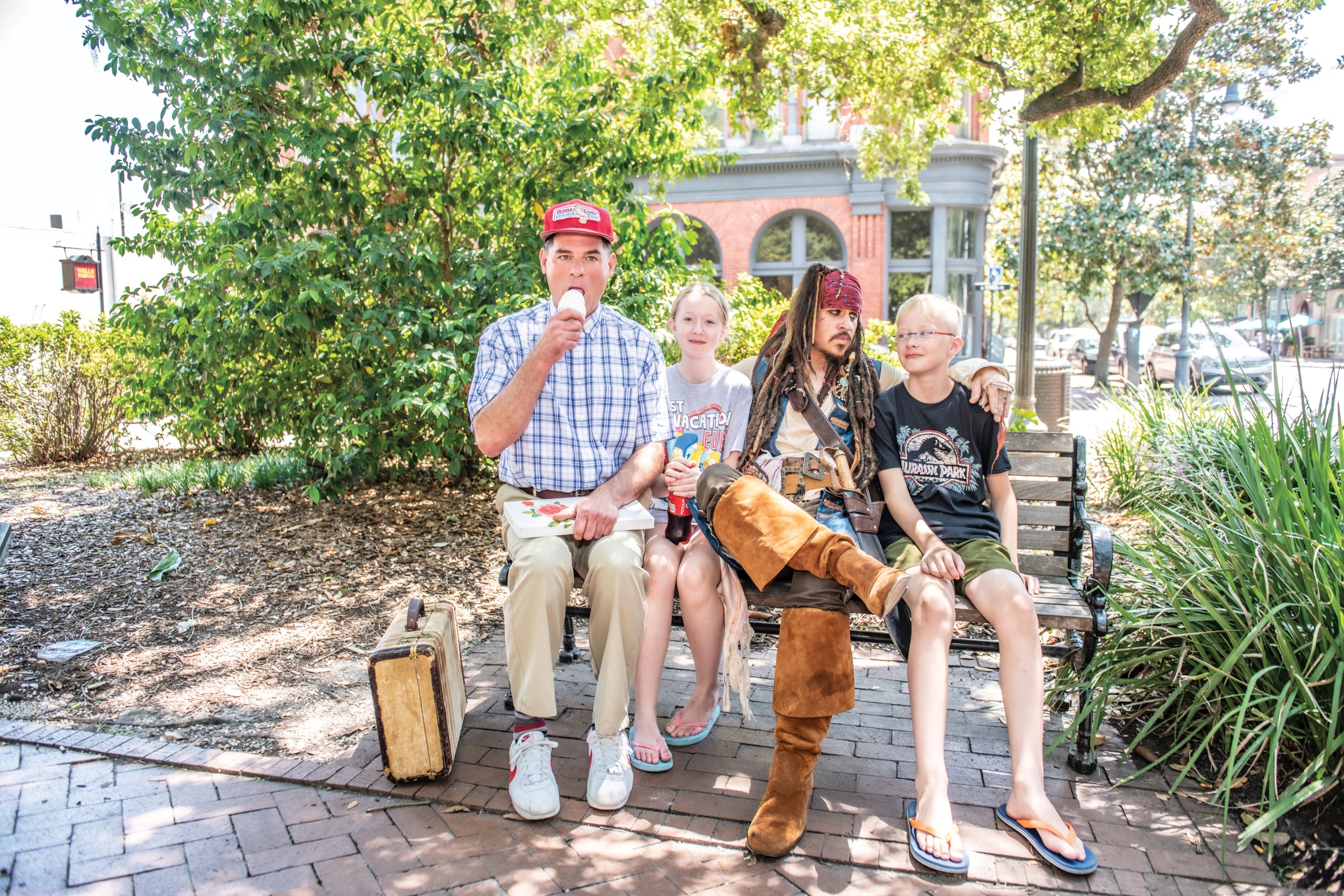 When improvising while doing appearances, John Sandifer often asks himself, “What would Forrest do?” Find Forrest / aka John at impersonatorman.com. 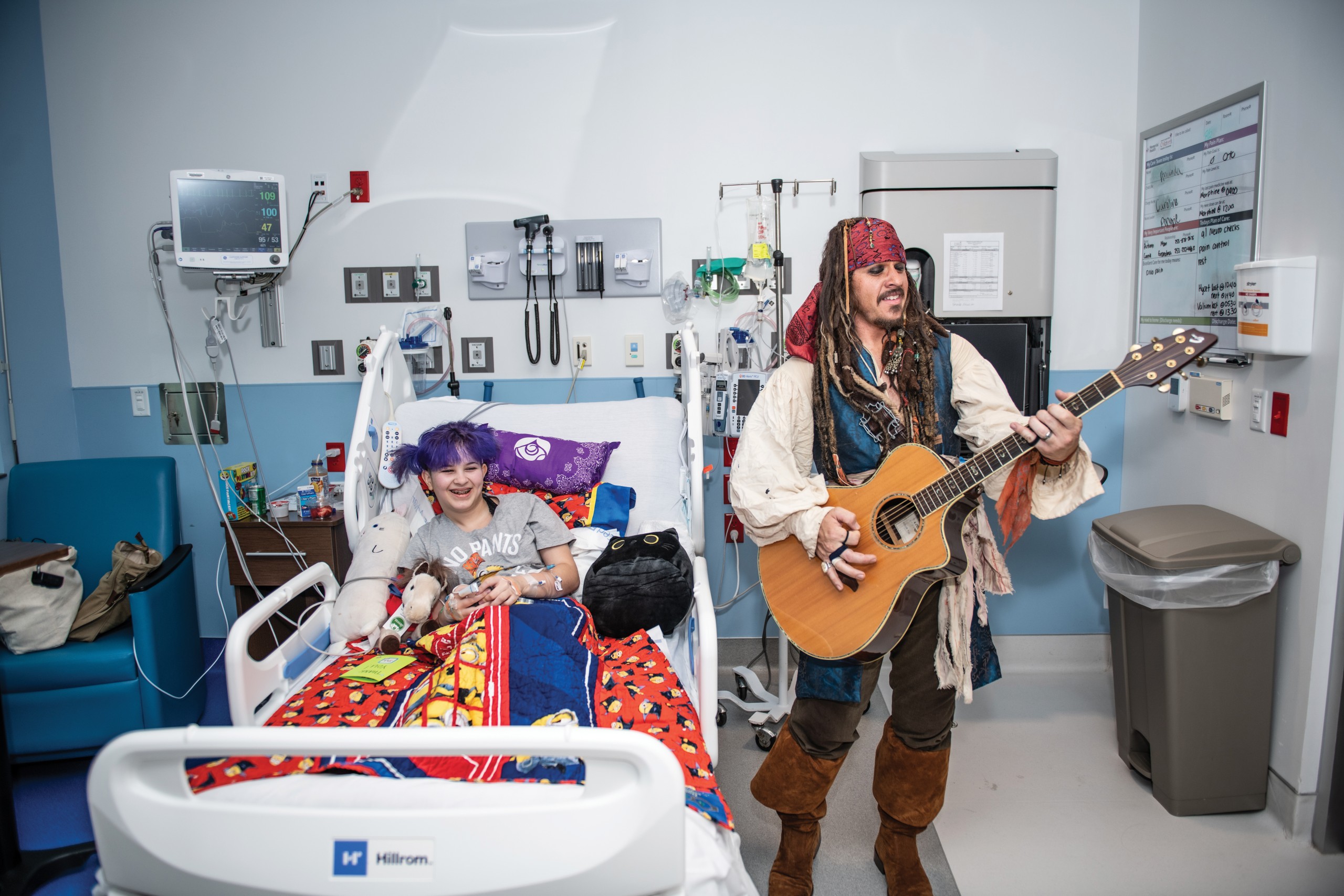 He’s been portraying Sparrow for over a decade. He and wife Liz have two children, Phenix and Ember, and while Bacon, 34, has his eye on a future in film, he doesn’t plan to retire the irascible pirate anytime soon.

“I really have Mr. Depp to thank,” he says of the popular character he inhabits, “I’m thankful for what he started.” 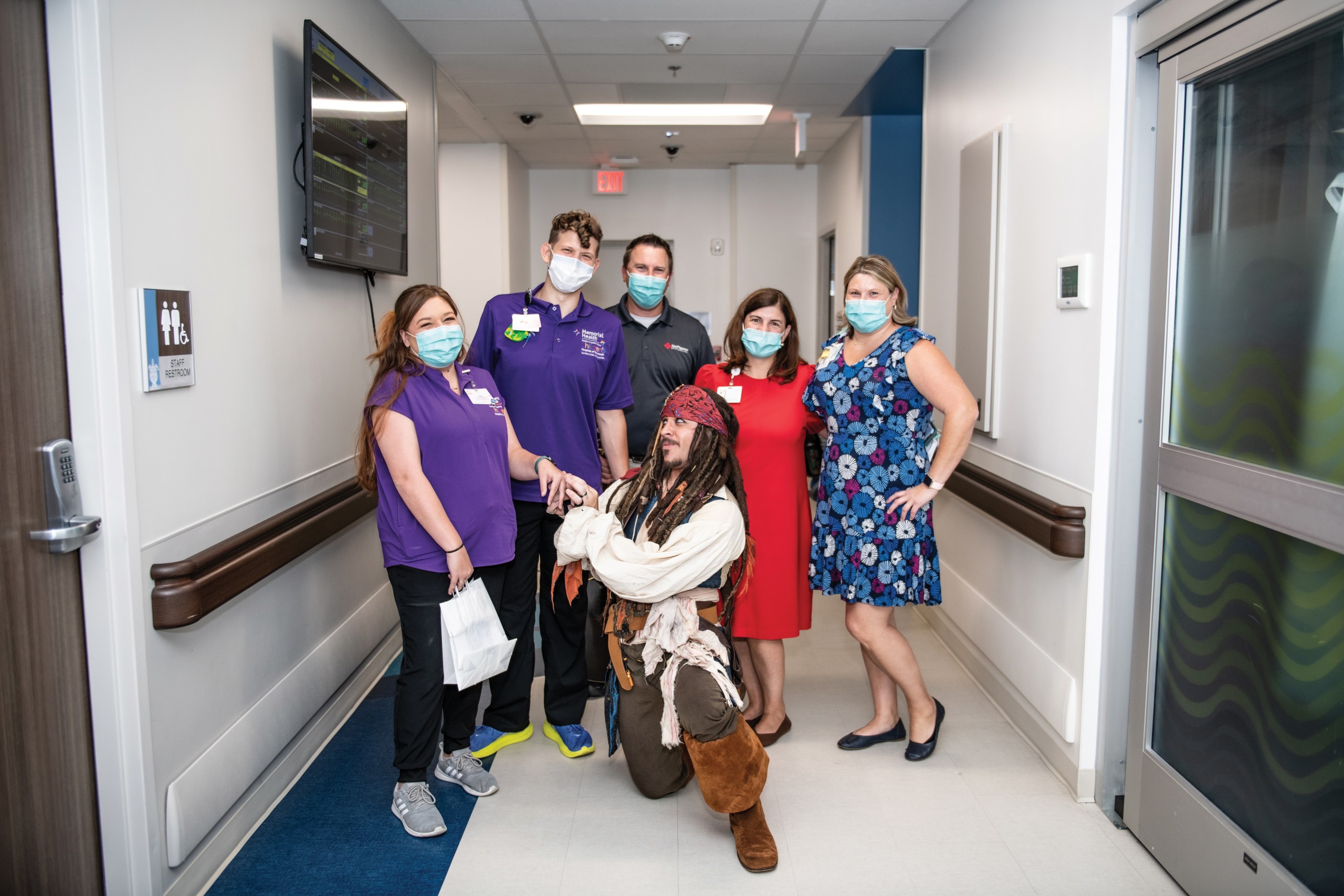