For nearly two centuries, locals and visitors have gathered in Savannah to celebrate Irish pride and history. But the merriment isn’t limited to the parade. Here are some of Savannah’s festivities to bring out your Irish pride, and don’t forget to wear green! 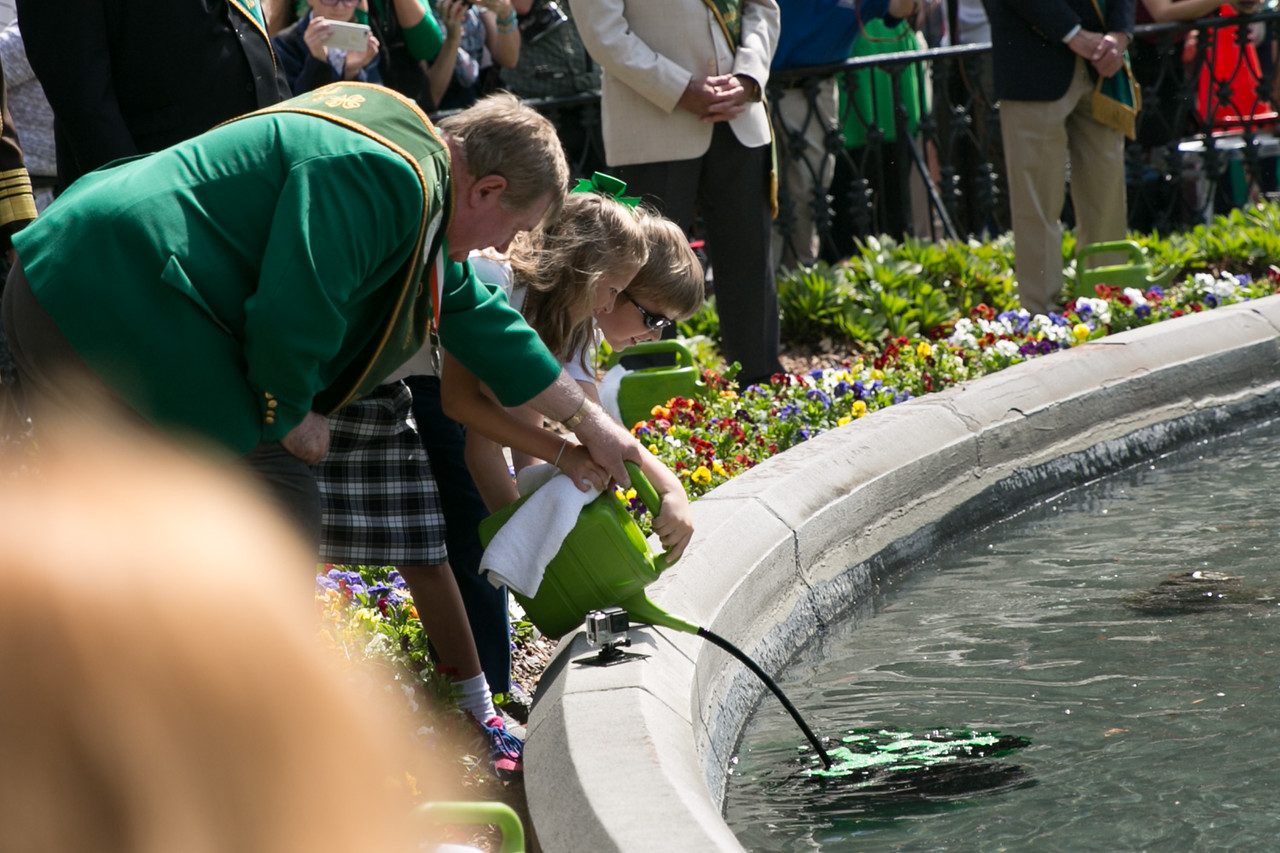 Father O’Brien helping Green the Fountain, 2017. Conducted for more than 35 years, this popular celebration signals the official kick-off to the Saint Patrick’s Day Festivities in Savannah, attracting locals and visitors from around the world to watch the green dye being poured into the historic fountain.

Watch one of Savannah’s landmarks, the fountain at Forsyth Park, turn mystical green as the St. Patrick’s Day Parade Committee dyes the water for some free family fun in the historic park. This annual event is open to the public. 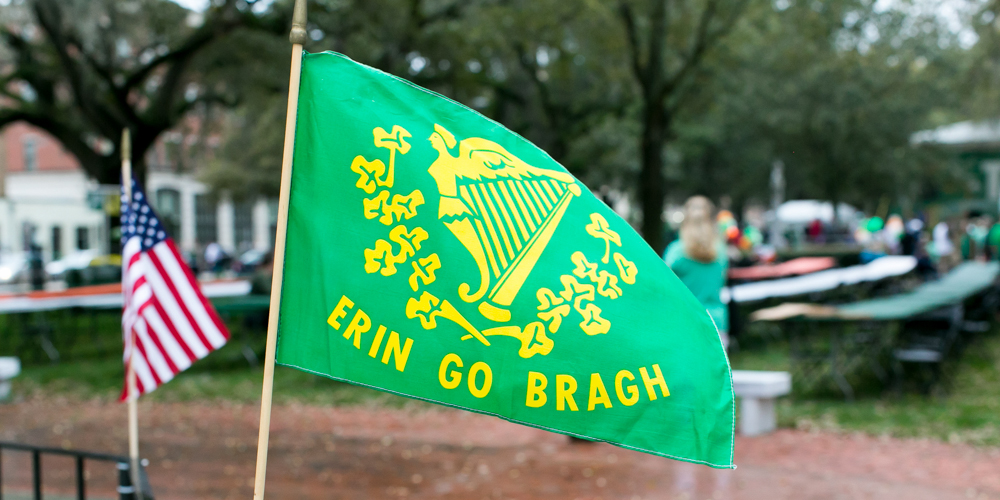 Daffin Park hosts one of the largest rugby tournaments in the nation, the St. Patrick’s Day Savannah Rugby Tournament. This year the event will host 80 teams from across the country as well as players from Canada, England and Ireland. For more information, click here.

Celebrate the first parade of the St. Paddy’s day season at the 19th Annual Tybee Island Irish Heritage Parade. The free and public event will begin at 3 p.m in front of Tybee City Hall. Celebrate Irish pride donned in your most vibrantly green garb from Butler Avenue to Tybrisa Street for some music-filled family fun.

Just a little rehearsal, the “St. Practice Day” Bar Crawl, will have you ready for the big day in no time. As we all know, practice makes perfect! Wander the beautiful and naturally green city while building up your tolerance for the grand finale, but remember to wear green or risk getting a pinch! For tickets and a list of participating bars, click here. 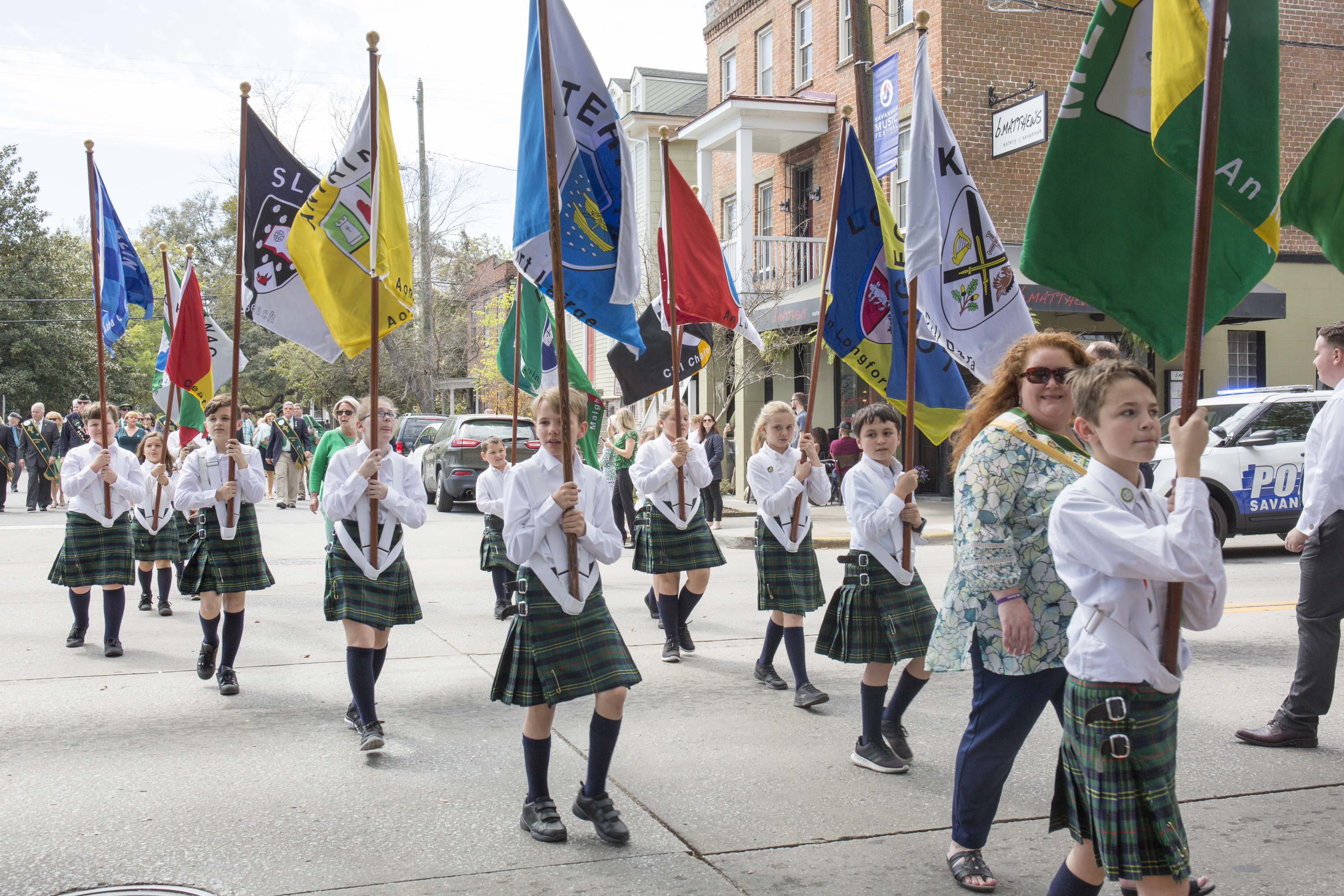 The annual Celtic Cross Ceremony. The Celtic Cross Mass, Procession and Ceremony are all symbolic of the original celebrations of St. Patrick’s Day in Savannah, dating all the back to the early 1800’s.

Following the 11:30 a.m. mass at the Cathedral Basilica of St. John the Baptist, church members and parade marshals process through the Old Fort area down Bay St. to the site of the Celtic Cross Monument in Emmett Park. 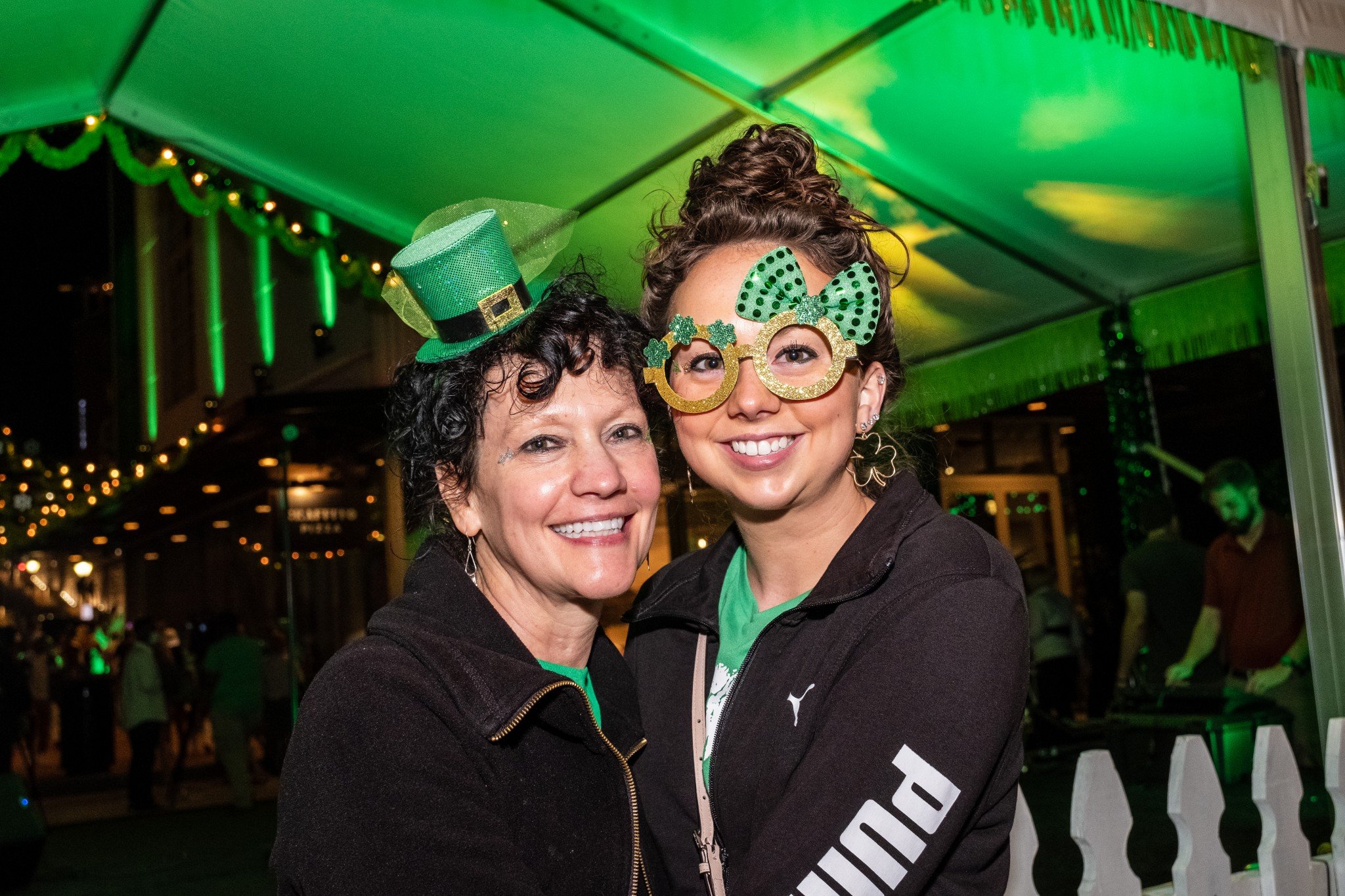 As you may have heard, Plant Riverside District hosted a weekend of fun-filled, outdoor shenanigans to kick off St. Patrick’s Day celebrations.

The family-friendly, five-day event will be hosted at Plant Riverside District, Savannah’s new and exciting destination for entertainment, shopping and dining. There will be live music and traditional Irish dance performances on two riverfront stages as well as mini golf and other family-friendly fun and activities. This event is free and open to the public. For a full schedule, click here.

On the eve of the parade, Savannah honors our nation’s military in a procession on Bull St. to Madison Square with the Grand Marshal and military bands. A ceremony honoring all military members, with or without Irish descent, is held at the base of a monument dedicated to Sgt. William Jasper, a famed Revolutionary War hero. 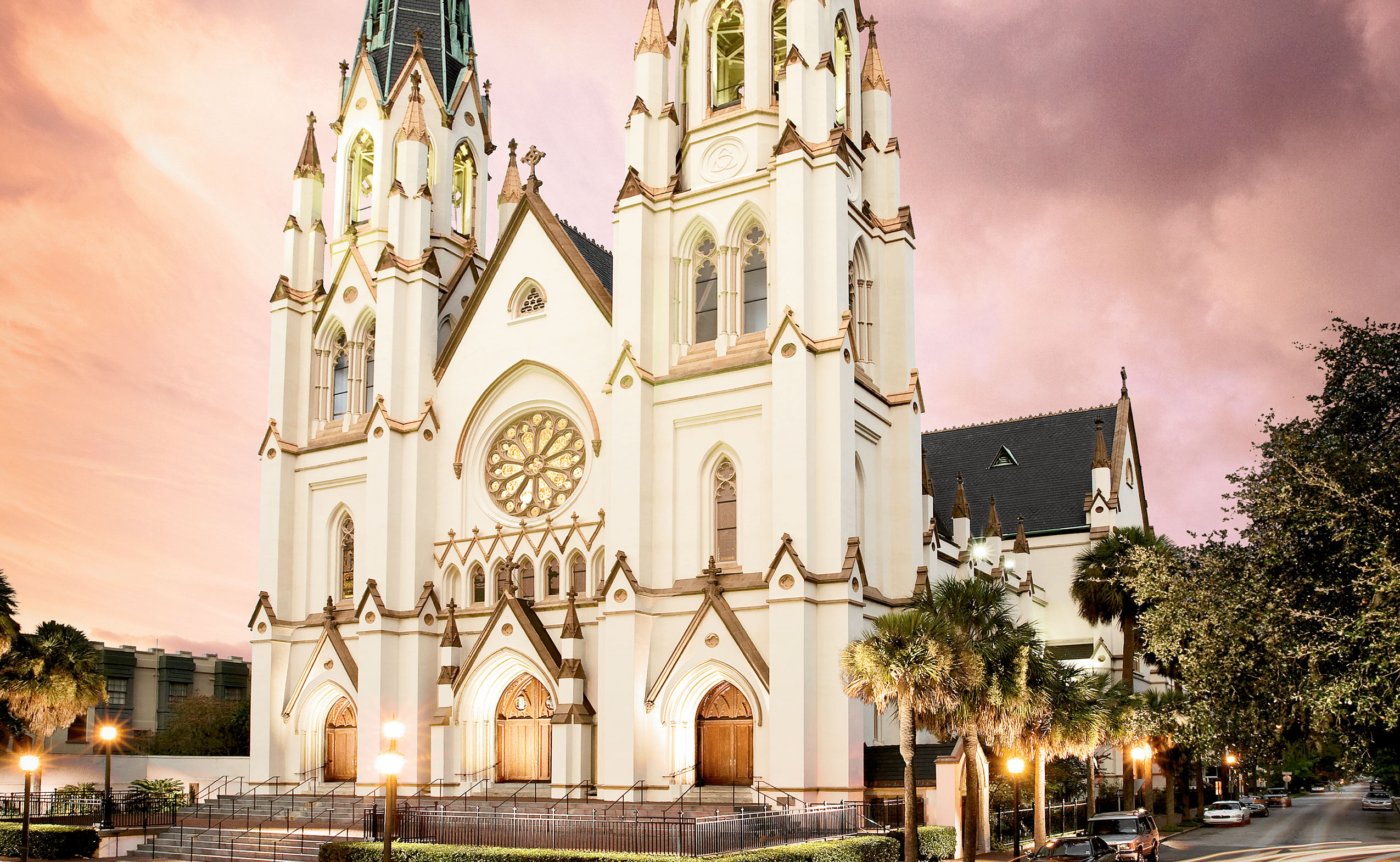 Join daily mass celebrating the feast day of St. Patrick at the Cathedral Basilica of St. John the Baptist.

Begin your St. Paddy’s day festivities at The Desoto for a traditional Southern breakfast buffet. Tickets are sold exclusively through Eventbrite. To purchase your ticket, click here. 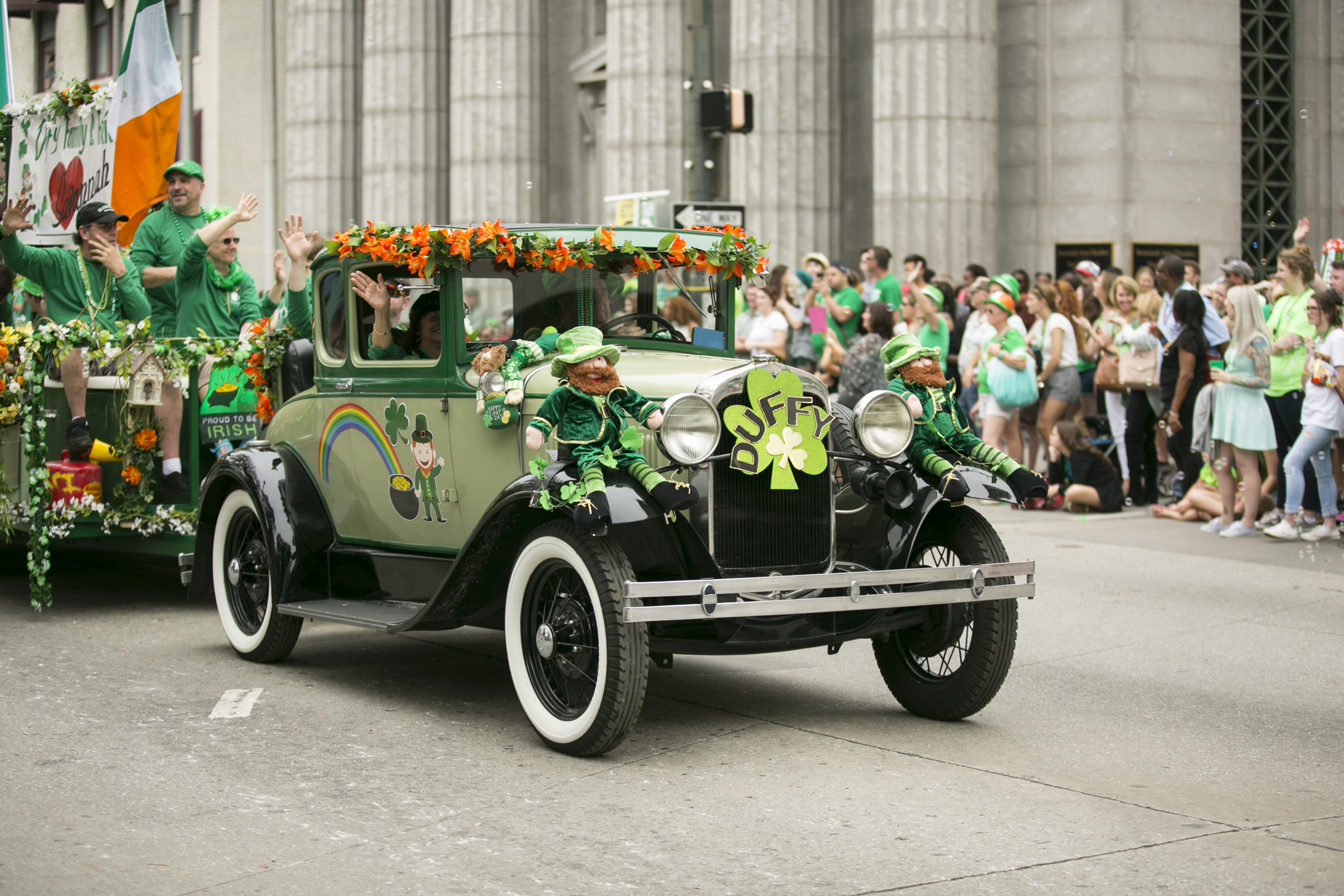 Finally, the pièce de résistance of Savannah’s festivities is the St. Patrick’s Day Parade, known as one of the largest and most celebrated in the country. International guests (including our Irish friends) come to the Hostess City to celebrate Irish pride and history draped and donned in all things green. Enjoy music, food and libations amongst the floats and marching units in Downtown Savannah. For specific parade route details, visit Savannah St. Patrick’s Day Parade Committee’s Website. 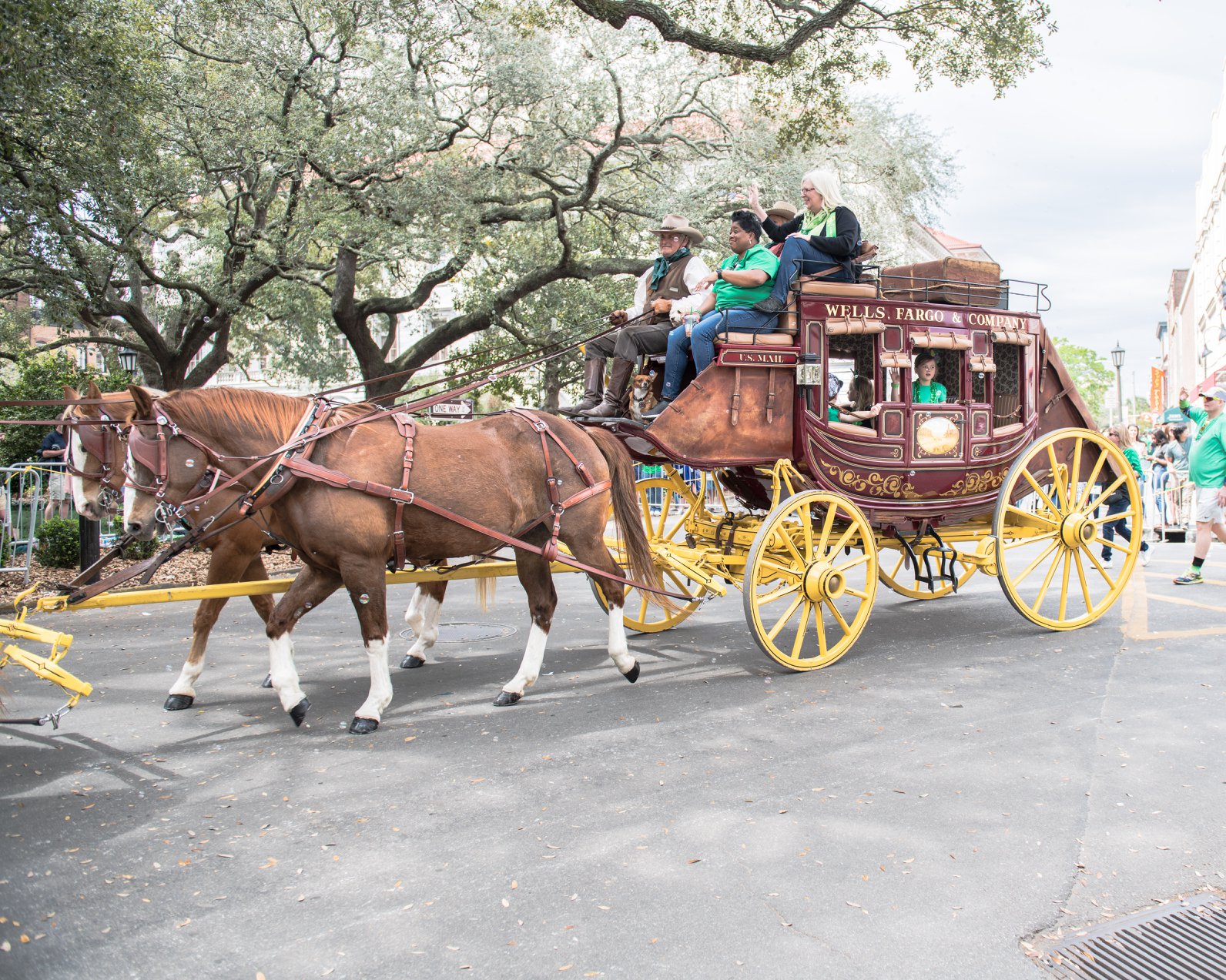 2022 will have a few changes to Savannah’s St. Patrick’s Day festivities. On the 17th of March, for 24 hours only, the to-go cup zone will be expanded from River St. to Victory Drive and from Truman Parkway to Martin Luther King Jr. Blvd. However, there will be no wristband sales or on-street alcohol and food vendors in the festival area. These changes were made to boost local business sales across Downtown Savannah. 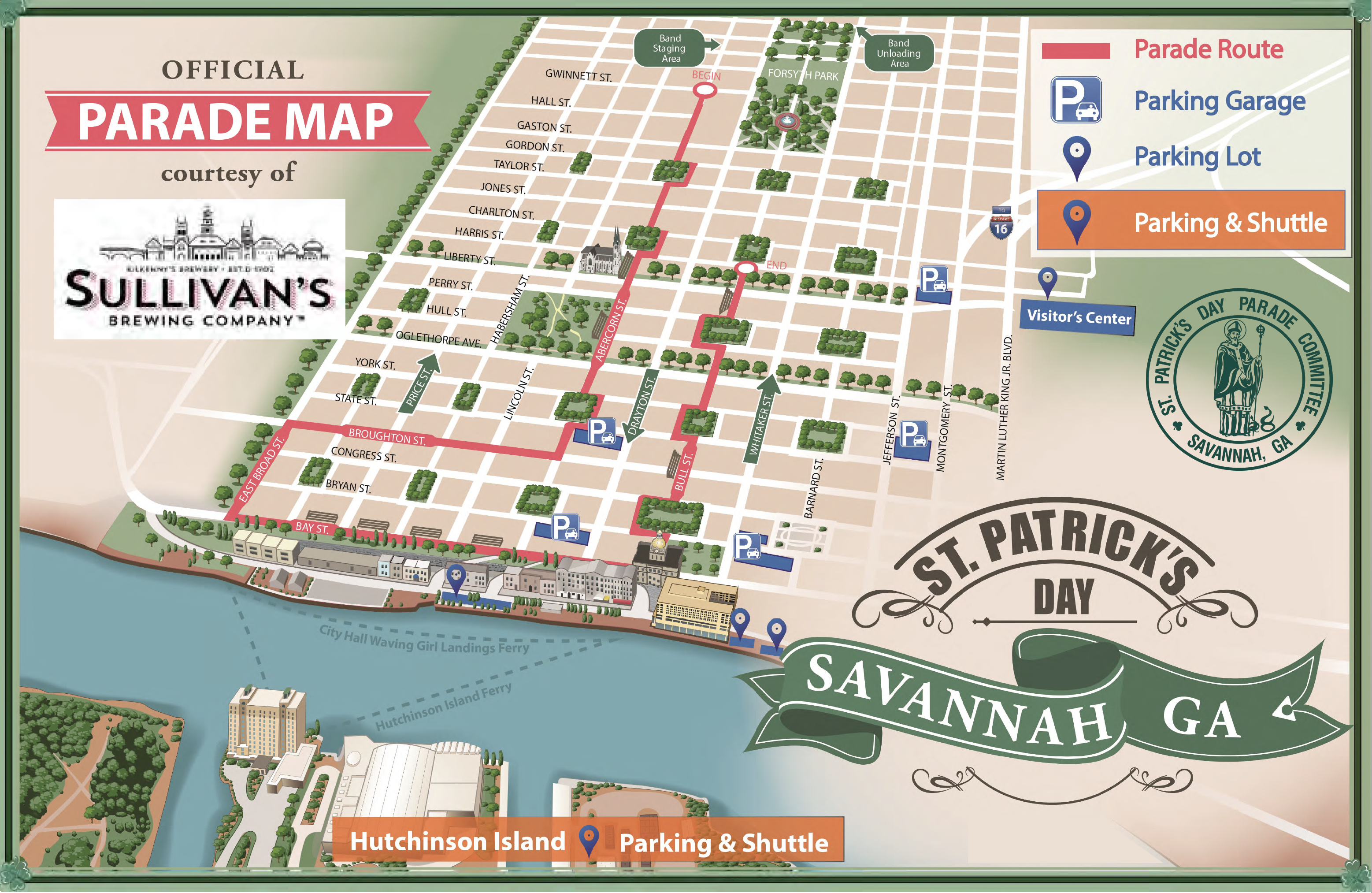 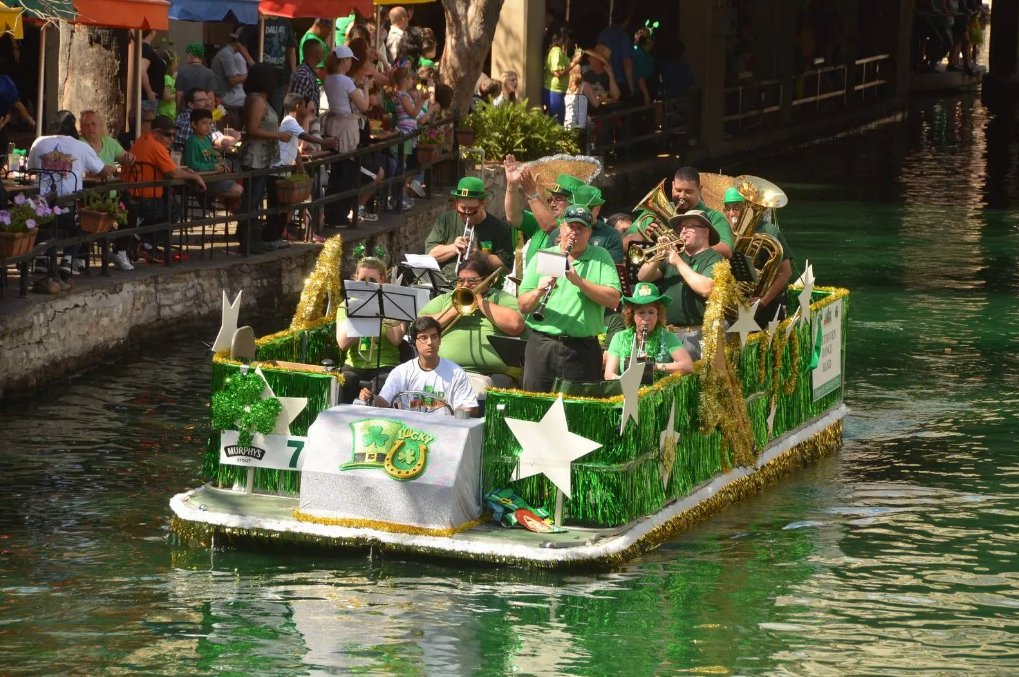 The 2nd annual Shamrock Ships Flotilla has only one agenda: to keep the spirit of St. Patrick’s Day alive in the Hostess City. The resilient spirit of Savannah shines through adversity yet again as the Flotilla sets sail. Participants will assemble at Easter Wharf around noon then float River Street at 1pm. For details on this year’s event, click here.

Shoot for the Moon: Cocktails & Fortune-Telling at The Lost Square