For many children, a visit to Wolfson Children's Hospital in Jacksonville, Florida, is life changing. For Rylan Smith and Sophia Brooks, it meant a new lease on life. 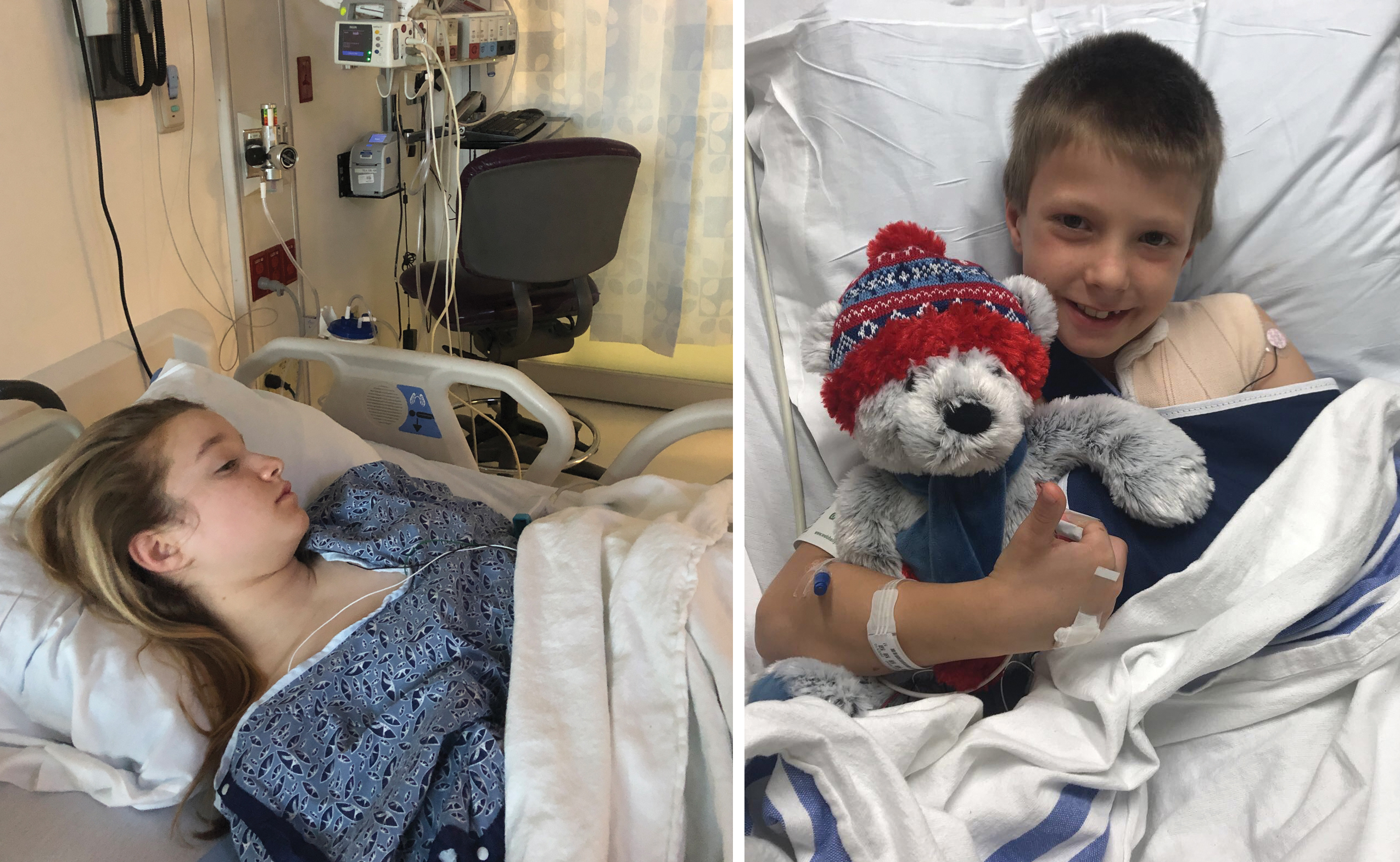 For these parents, the unimaginable happened to their children. When struck with potentially life-threatening heart conditions, they needed top-notch diagnostics and treatment. The care they received at Wolfson Children’s Hospital gave them a new lease on life.

Prior to September 2019, 10-year-old Rylan Smith had always been an athletic child. Chantel Smith says before a life-changing event rocked their worlds last summer, her son kept active through baseball, football and hip-hop dancing. “He’s kind of been restricted from doing any of that,” Chantel shared.

It’ll be some time before the fourth-grader can safely participate in those activities again, according to medical experts at Jacksonville, Florida-based Wolfson Children’s Hospital. However, thanks to their tireless efforts along with diagnosis, treatment and care provided by top pediatric cardiac electrophysiologist Dr. Sunita Ferns, Rylan will be okay.

“She’s been wonderful,” Chantel said of Ferns, who’s one of very few physicians in North America with training and board certification in pediatric electrophysiology and adult congenital heart disease. “She’s always gone above and beyond.”

Rylan’s journey began with two frightening episodes that occurred within a span of days. He and his family traveled from home in Moultrie, Georgia, to enjoy a day at an amusement park in Valdosta when he appeared to have a seizure.

“They took him to the emergency room and said he was a little dehydrated,” Chantel recalled. “They gave him fluids and discharged him home.”

“That was why they decided to transfer him [to Jacksonville], they weren’t sure what was causing the seizures,” Chantel said.

Her son was sent hours away to Wolfson Children’s Hospital for further evaluation. Serving as South Georgia and North Florida’s only full-service comprehensive hospital, the ailing child would soon be in good hands.

Rylan, along with South magazine publisher Michael Brooks’ daughter Sophia, are two of many patients from across the region and beyond that have traveled to receive the hospital’s world-class care. Only about 50-percent of Wolfson’s patients come from the Jacksonville area.

“The doctors down there started looking more at his heart, and Dr. Ferns found out that it was a heart condition,” Chantel said.

Ferns diagnosed Rylan with Long QT syndrome, a rare genetic condition affecting only about one in 5,000 people, according to Ferns. It can cause sudden death. “It oftentimes does go undiagnosed at the first presentation, maybe a cardiac arrest or an aborted cardiac arrest, as was the case with Rylan,” said Ferns, who first brought her expertise to Wolfson in January 2019. 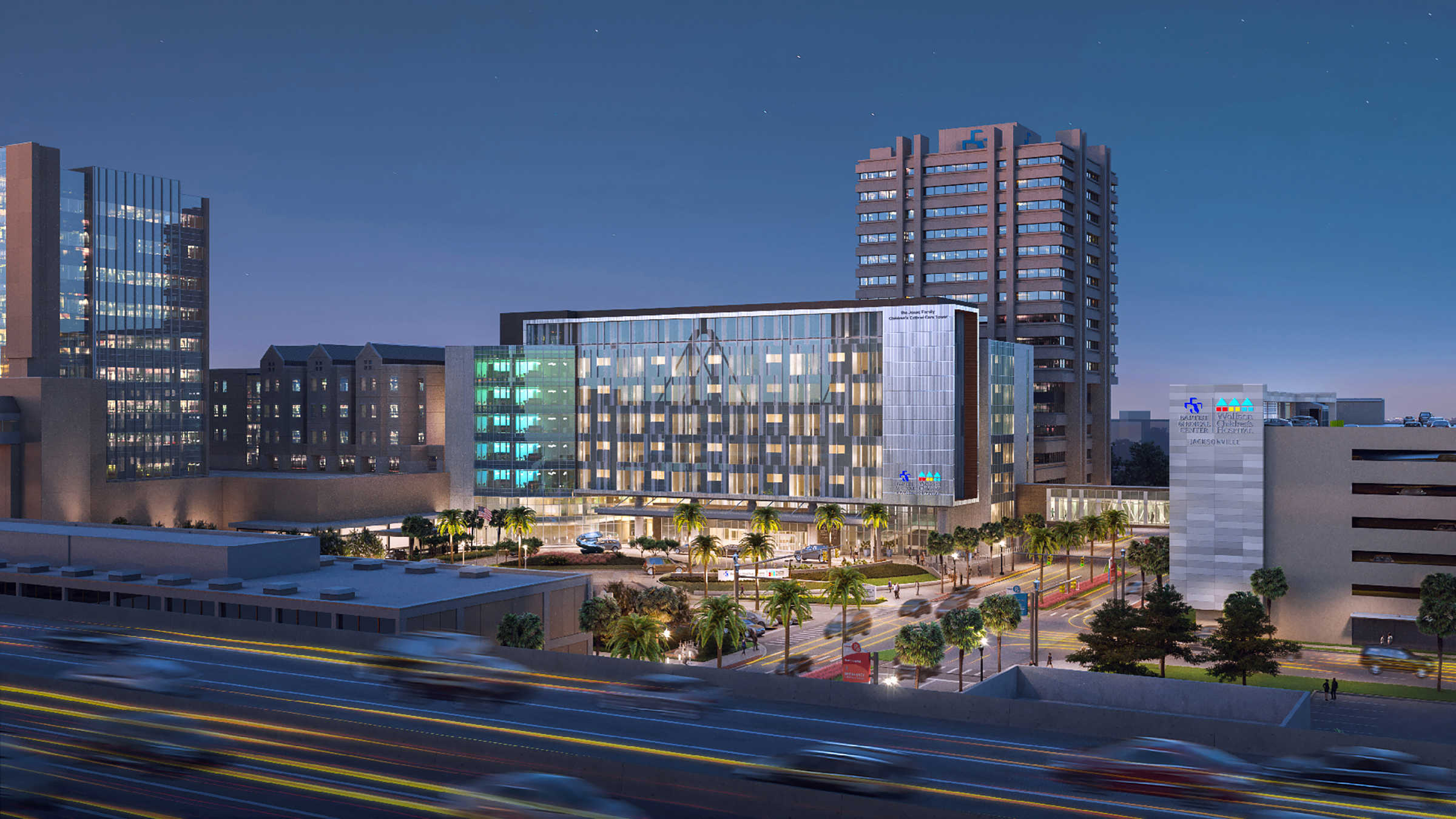 Following her diagnosis a month after Rylan’s first episode, Ferns treated him with beta blockers and an implantable cardiac defibrillator to help prevent him from experiencing cardiac arrest again.

Through the entire process, Ferns and her colleagues kept the Smith family in the know about Rylan’s status. “We have a large team in place that’s attuned to the needs of children and parents of children undergoing procedures in our hospital, and from the time they check in, we have child life specialists who are available to keep the patients at ease,” Ferns said.

Rylan will have Long QT syndrome for life. However, Ferns is able to monitor his arrhythmia condition through the device implanted in his chest via Bluetooth and a cell phone app, even from hundreds of miles away from her patient.

Chantel praised Ferns and the hospital for their treatment of her son. “I’ve always been able to call her office, and either her or her nurse practitioner will return my call, nine times out of 10, within an hour if they’re in the office,” she said.

Wolfson Children’s Hospital president Michael Aubin says Ferns hit the ground running with putting her unique specializations to great use since she started there nearly two years ago.

“She’s been so busy because one person left for a promotion, and another [physician] left, so she took the role of two jobs,” Aubin said. “Her accomplishments are really significant.”

Ferns says the most rewarding aspect of her work is that the majority of her patients’ conditions are reversible.

“With Sophia Brooks’ heart condition of supraventricular tachycardia, it’s completely treatable and patients no longer have to live with that,” Ferns said. “It’s rewarding to see them going back to having a healthy, happy, normal childhood.”

Under Ferns’ care, 12-year-old Sophia went on to live the life of an active pre-teen, free of heart concerns. It took her four years to get there, but her family’s persistent efforts in finding the right care for their daughter eventually led them to Wolfson. (Continued)