Walk on the Wild Side

Jeanne Paddison is the wildlife whisperer. Meet the founder of the Savannah Wildlife Rescue Center—Savannah's first and only wildlife rescue—and the critters to which she dedicates her life. 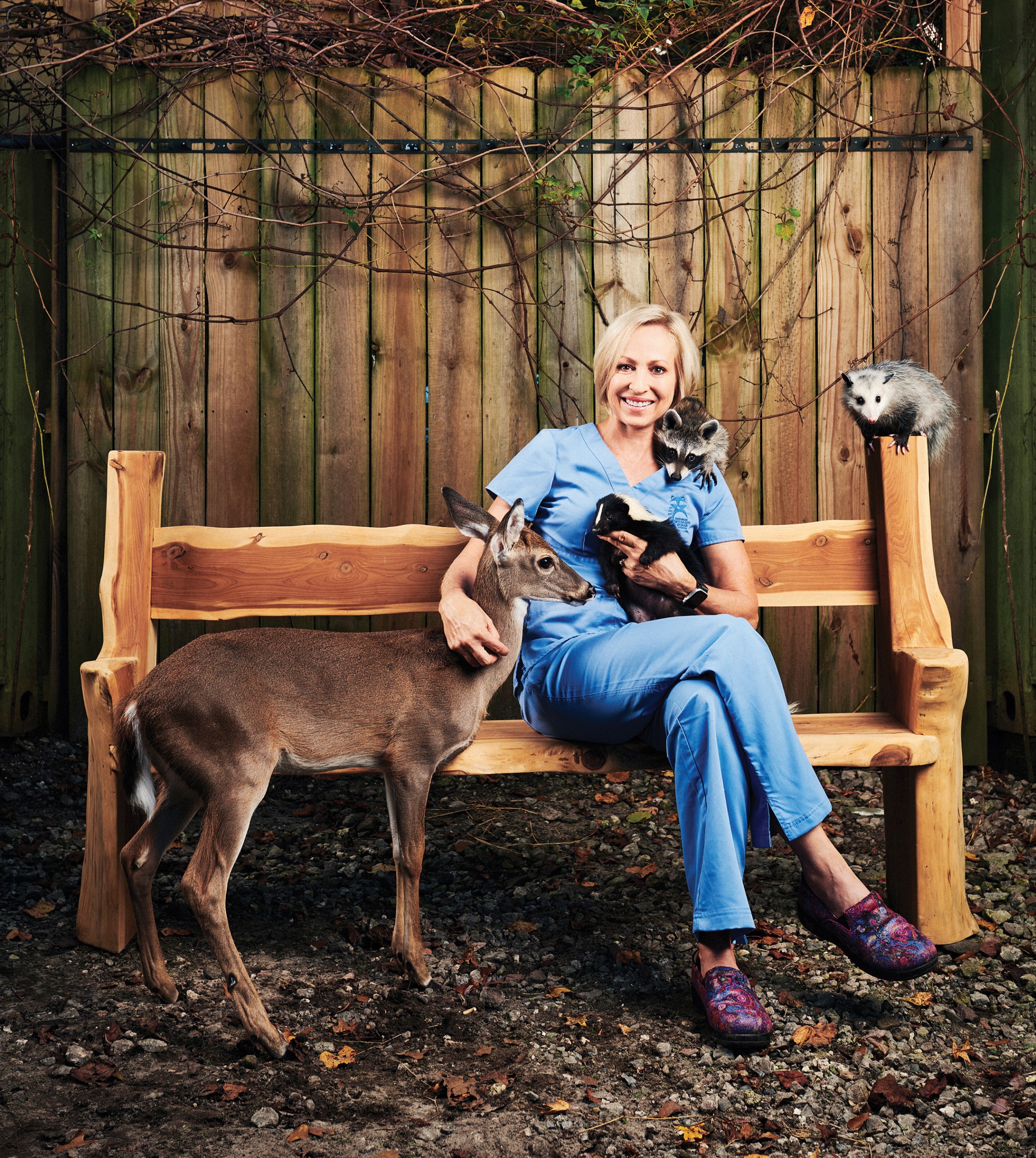 Photo” Blake Crosby. Paddison has always had a soft spot for raccoons. “They’re just misunderstood,” she says. Raccoons are the sixth smartest mammal and require a lot of motherly intervention during their maturation period.

When it comes to caring about animals, Jeanne Paddison walks the walk. She doesn’t just love wildlife; it’s her life’s work—and hard work it is. She gets her hands dirty so we don’t have to—all she asks for is compassion.

Walking into Savannah Wildlife Rescue Center, I’m greeted by the chitter of squirrels enthusiastically cracking away at their walnuts. Then, a blonde head pops out from down the hall. With a bright smile, Jeanne Paddison walks toward me and excuses herself for not being out front, “We have a young coyote, Birdie, who recently had surgery so I was getting her set up – and sorry about the smell, we’re rehabbing a skunk at the moment. Now where should we start?”

It’s not long before Paddison, a licensed wildlife rehabilitator, is placing an array of breathtaking raw stones in my hands. “These are boji stones – their energy helps our team communicate and helps us to connect with the animals. We have to be their voice,” she implores.

Paddison is careful to illustrate the reality of her job. “It’s not all roses, it’s hard work! It’s nursing [the animals] back from starvation, cleaning the cages, dressing wounds, monitoring their well being around the clock – all while making sure they’re fit to be released to be as successful as possible in the wild.” In the next breath, she’s restoring the positive aura, pointing to a collection of raw crystals. “The citrine helps with optimism, and the fool’s gold brings prosperity. Because we could all use some more of that, no?”

There’s a radiant energy at the rescue center, despite the fact that many of the animals arrive by tragic or perilous circumstances. Like the aforementioned skunk, for instance. Eddie was brought to the center just last year where he was nursed back to health and released almost two hours away from the center, as skunks are not indigenous to the Savannah area. Somehow, Eddie made his way back and nested in a brush hog. One day, a local man powered up his equipment and unknowingly, nearly shredding Eddie, critically injuring the benevolent squatter. Eddie returned to Paddison and her team, who have nursed him back to health. “Once his wounds heal, he’ll have surgery to remove his scent gland. After that we’ll carefully find him a forever home, because he’s not fit to stand a chance against predators in the wild.” (Continued)

Since she could remember, Jeanne Paddison felt a calling to care for animals. Paddison began what would be her life’s work at just 14 years old when her father, who owned Port City Glass, Inc., brought home an orphaned kit from a job site. A mural of Mandy – as she later named the raccoon – is painted on the wall at the rescue center. Mandy watches over the center as a “guardian angel,” guiding the rescue team in their mission every day. Paddison learned proper rescue methods under local wildlife rehabilitators and organizations such as Oatland Wildlife Center and the Savannah Science Center, eventually taking her certification test to become a formally licensed rehabilitator. Paddison formally organized a nonprofit rescue corporation in 2014, after decades of rehabilitating animals from her home.

For any wildlife rescue related concerns, inquiries and support, contact Jeanne Paddison at the Savannah Wildlife Rescue Center at (912) 596-1237 or online at savwildliferescue.com.