“Share Your Strong,” a nonprofit organization founded to support brain trauma survivors, began as a small seed in Stephanie McDuffie Freeman’s brain long before she established it. A survivor herself, McDuffie Freeman was inspired by “defining moments” in her life that brought her down the path she’s dedicated to now. 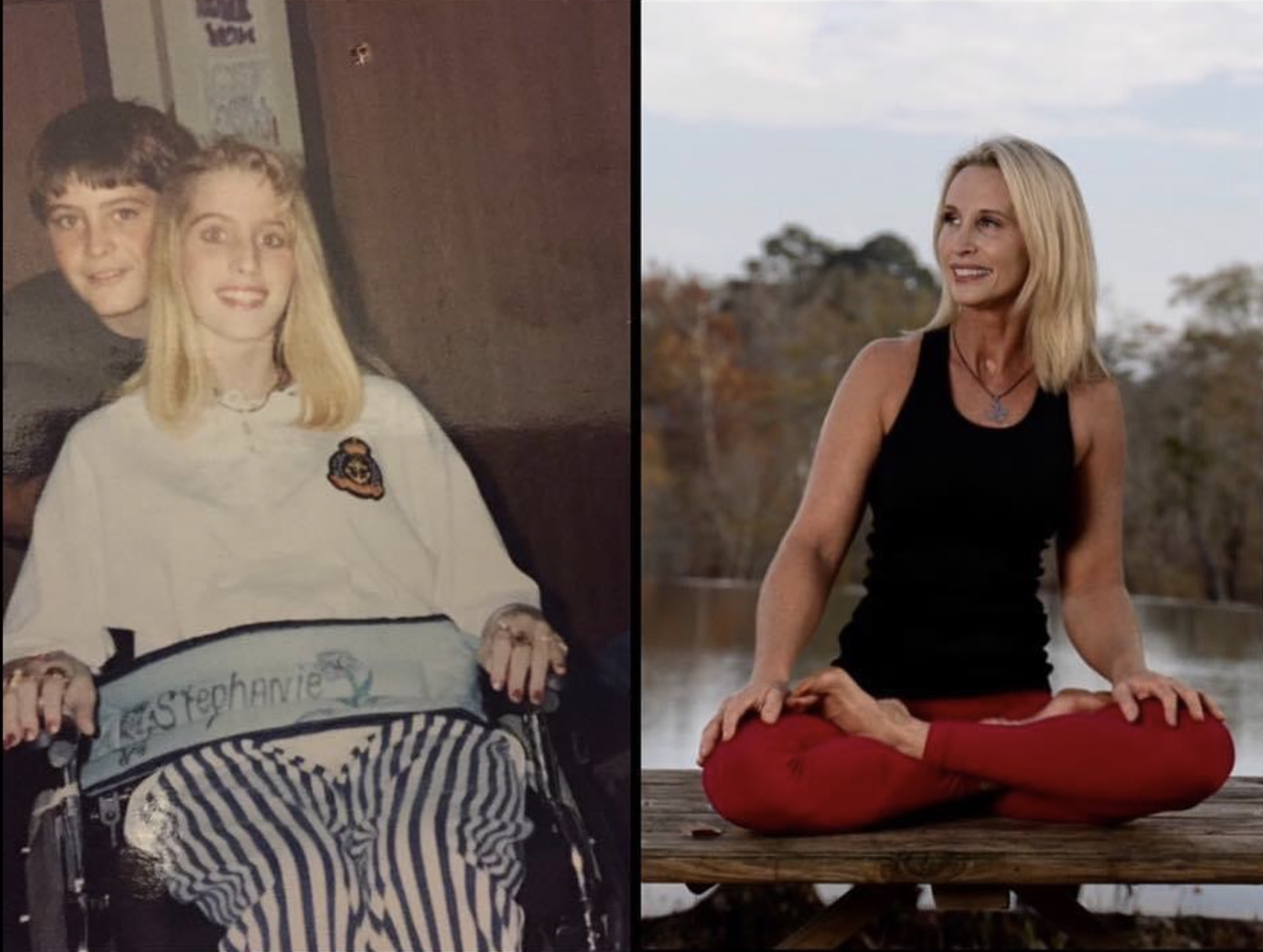 Stephanie McDuffie Freeman has a lilting voice with a soft Georgian drawl. She chooses her words carefully and the ones she does choose speak to a beautiful, heartfelt message.

In 1993, when McDuffie Freeman was just 14-years-old, she got behind the wheel of her father’s Buick Park Avenue, against her better judgment as she says now. Going too fast, she drove around a curve too sharply and proceeded to flip the car five times. She was in a coma for two months and was given little to no chance of survival. After waking from the coma, McDuffie Freeman couldn’t walk. She was told she would have to use a wheelchair and her family’s home would have to be outfitted with ramps.

“I had been hearing that, ‘She’s not going to get out of here,’ but I said to myself, I am not going out like that. And I walked out of those hospital doors on October 8th, 1993,’ said McDuffie Freeman.

Her story may start at this pivotal, “defining moment,” but McDuffie Freeman’s story continued to be filled with extraordinary strength and perseverance. She had a child after being told she may not be able to and worked as a dental assistant and sales rep for Saucony shoes, the job that took her to Boston during the Boston Marathon bombings of 2013. 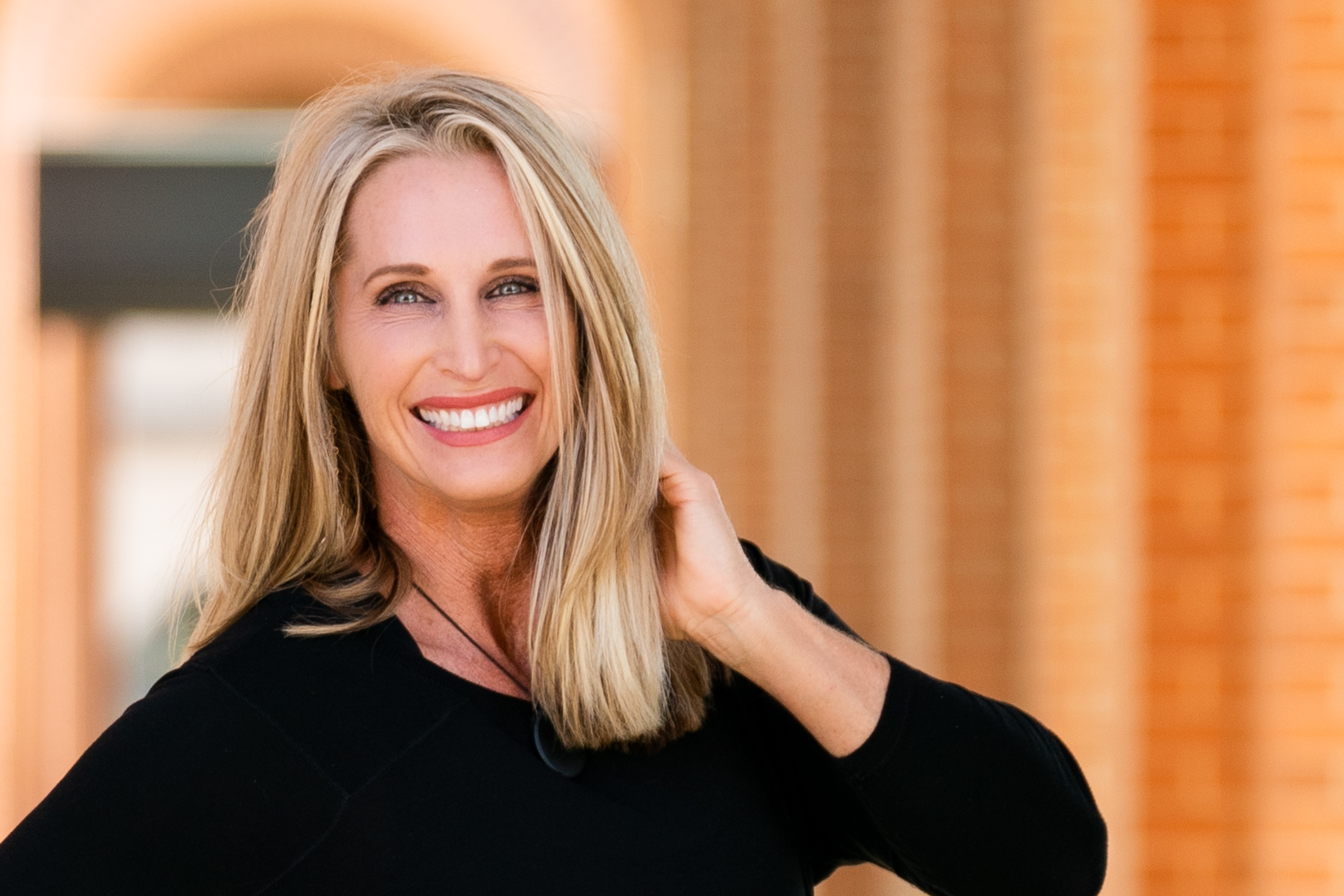 “I flew back to Georgia the next day and when I got home, I was not the same person. I started experiencing PTSD with a vengeance,” said McDuffie Freeman.

How did she combat that, alongside her past trauma? Action, she says. She started running and writing a blog and modeling. During one such modeling shoot, McDuffie Freeman linked up with the owner of a tennis-wear company. Due to pre-existing family circumstances (and perhaps a hint of fate), the photoshoot was cut short and McDuffie Freeman had the extreme pleasure of meeting the owner’s son. Little did she know that he was also a brain injury survivor.

“It was pure grace to me,” she said. She reached over to the child’s father, grabbed his hand and told him, “I know this situation far deeper than you would ever imagine. That’s when I decided, I can’t leave this inside of me. So I started a nonprofit called ‘Share Your Strong, a brain trauma organization.” 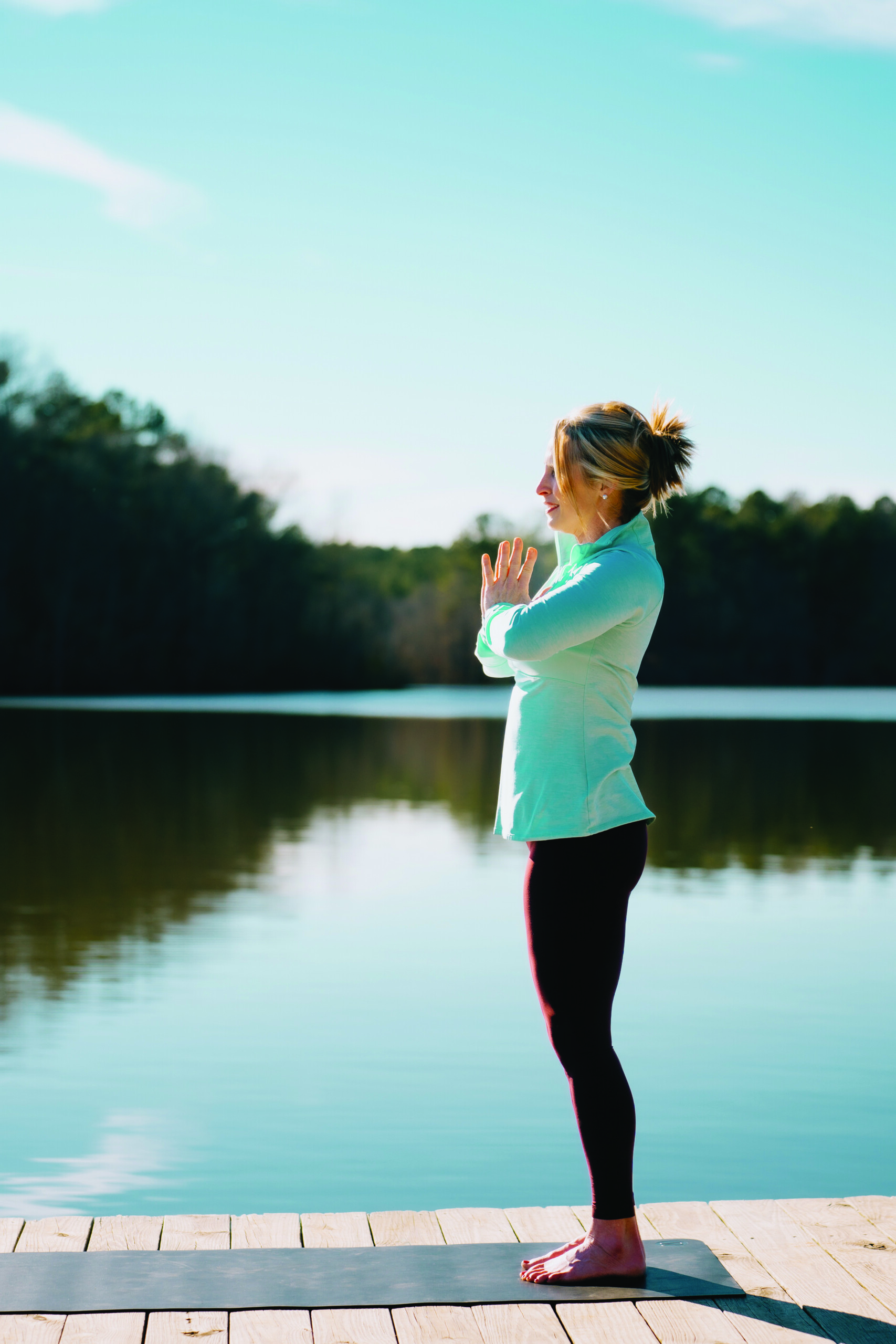 McDuffie Freeman has gone on to speak at Washington D.C. for brain injury awareness and has been a mental health advocate for the state of Georgia for ten years. She has run the New York Marathon, Boston Marathon and Atlanta Marathon and competed in fitness competitions all while being a certified yoga instructor. She loves to weight lift as well. As McDuffie Freeman can attest to, being active and staying determined only produces endurance and toughness.

“That’s strength for my soul because of where I came from and I believe it’s an honor to give back to myself with that,” she said.

McDuffie Freeman travels across Georgia to support and comfort brain injury survivors, saying that it’s her “greatest therapy” connecting with the disabled community. She cites the disabled community as being the largest minority in the world and one with few resources. She hopes for people to have a “softness to each other” and “to practice benevolence” because no one truly knows what anyone else is going through. McDuffie Freeman believes that a “kinder approach to people worldwide” will have lasting effects on society. 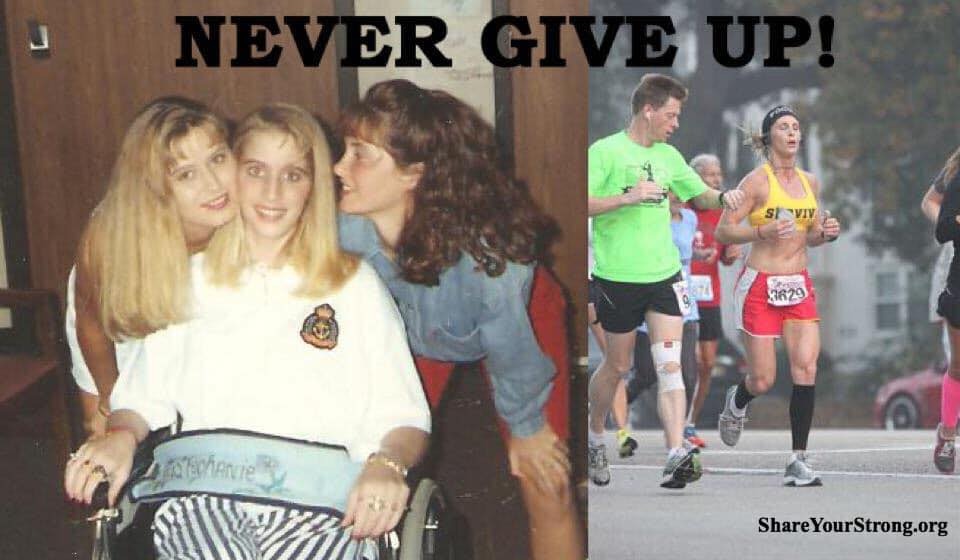 When looking for something to energize her, McDuffie Freeman turns to her favorite soup of lentils and tomatoes. Her biggest real life hero is Oprah, as she stated definitively. She reads far more than she watches television, noting Wayne Dyer as one of her favorite authors. No matter what is being discussed, McDuffie Freeman can steer the conversation toward her goal of supporting the disabled community. 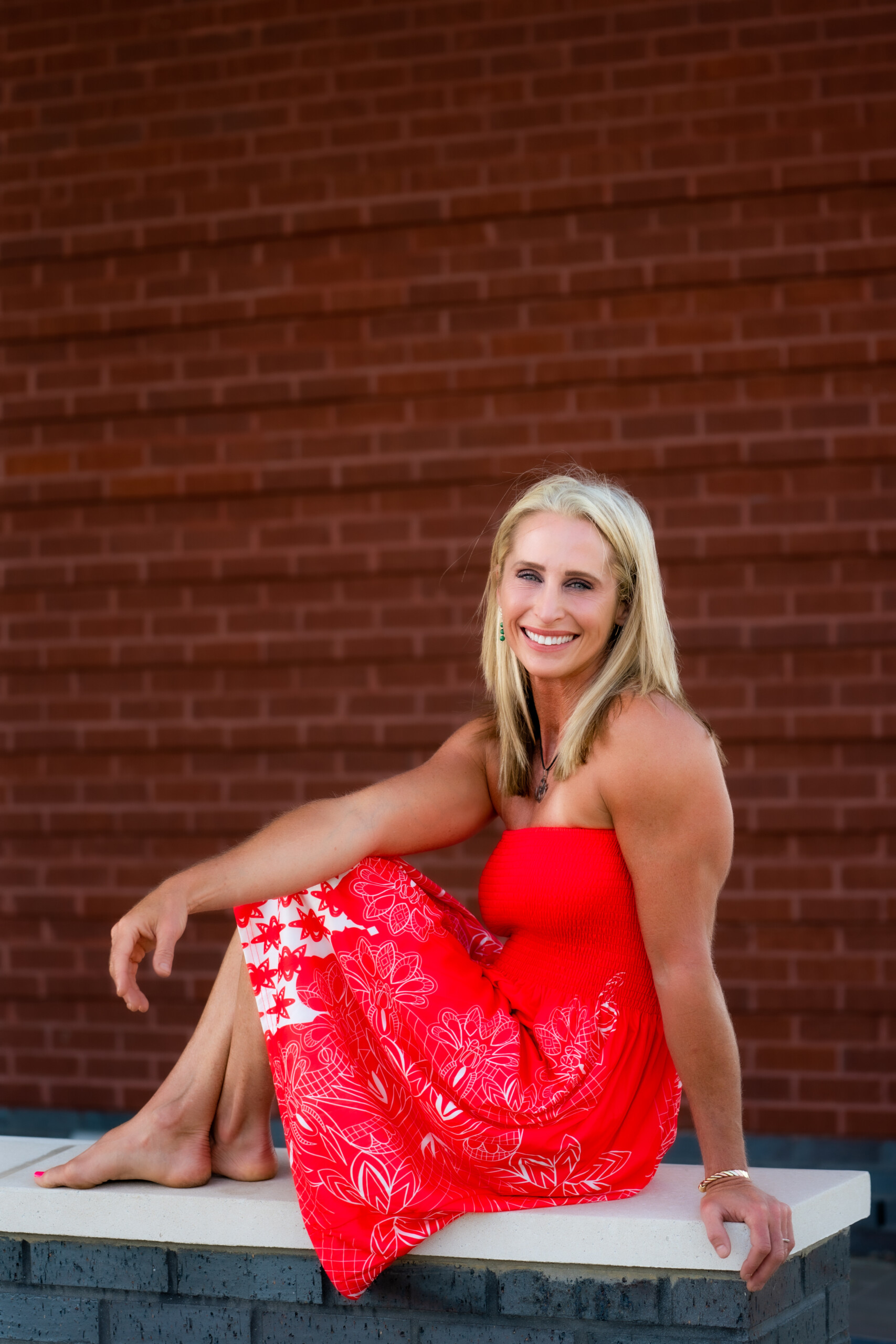 McDuffie Freeman’s greatest fear is that she’d leave this world without sharing the stories in her heart. According to the family’s she has connected with over the years, not to mention herself being a beacon of hope and strength, McDuffie Freeman can rest assured that her greatest fear will not come to bother her. It’s blatantly evident that her strength is greater than any fear anyway.