The First Time We Met We Wrote A Song 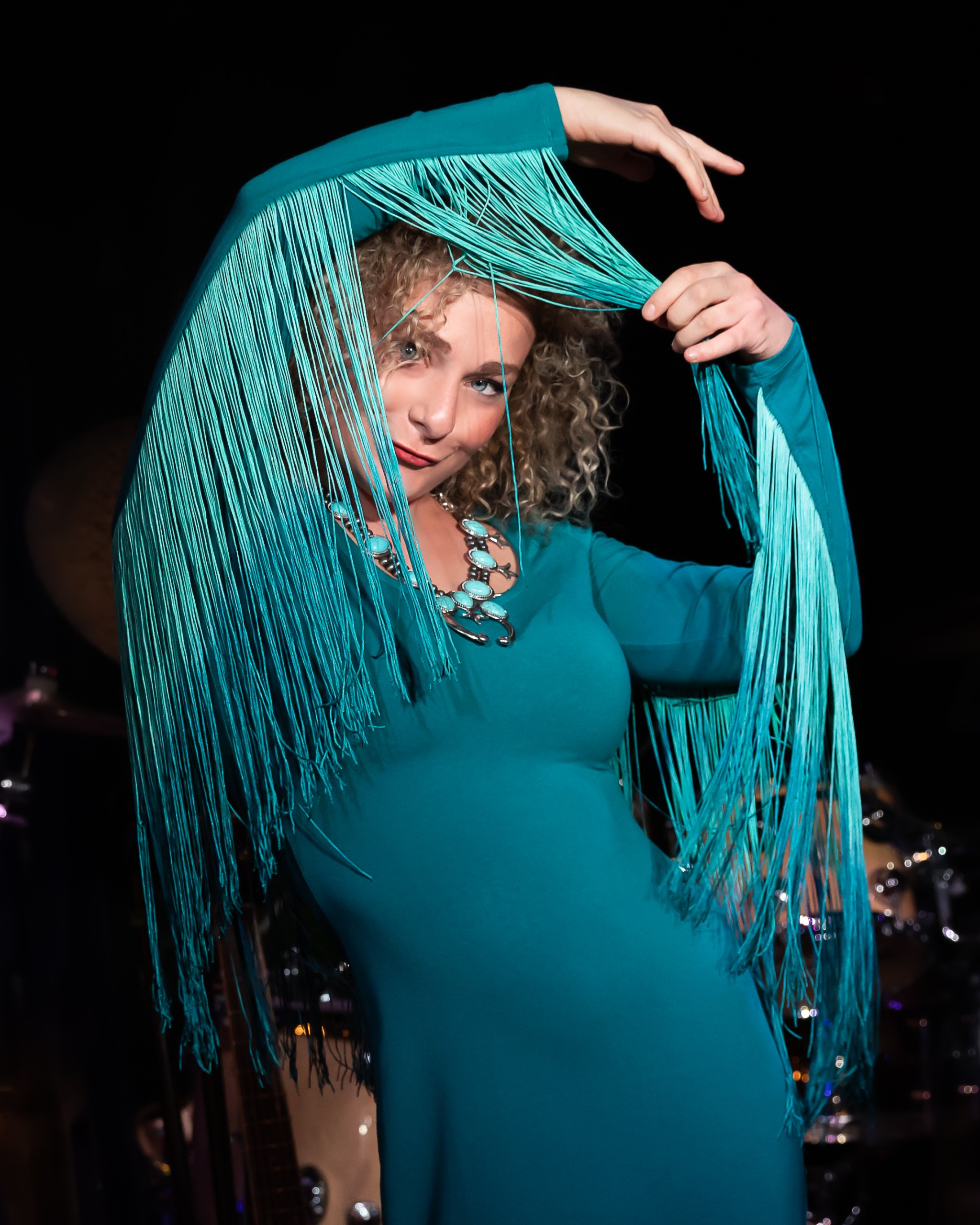 Janna Marie on stage at the Local, in the heart of Nashville’s music scene. Photos / Scott Lukes

Sometimes every-thing comes to-gether in perfect harmony, meant to be, music in the making. In one case, it’s a musical interlude of less-likely ingredients: A former musical theater student (Janna Marie), a restauranteur turned sports and entertainment agent (Nate Shaffer), a couple country sing-ers (Colton James with Rick Dawson) one of whom has a horse that just had a very good weekend, and a Christmas party at a venerated BBQ joint for one South magazine where someone dared the waitress to sing.

“My grandmother always said, a painter paints with a brush but a singer paints with a pen. We only get one ride on this ball of dirt, and we’re going to make the most of the time we have and the pen we’ve been given.” – Colton James 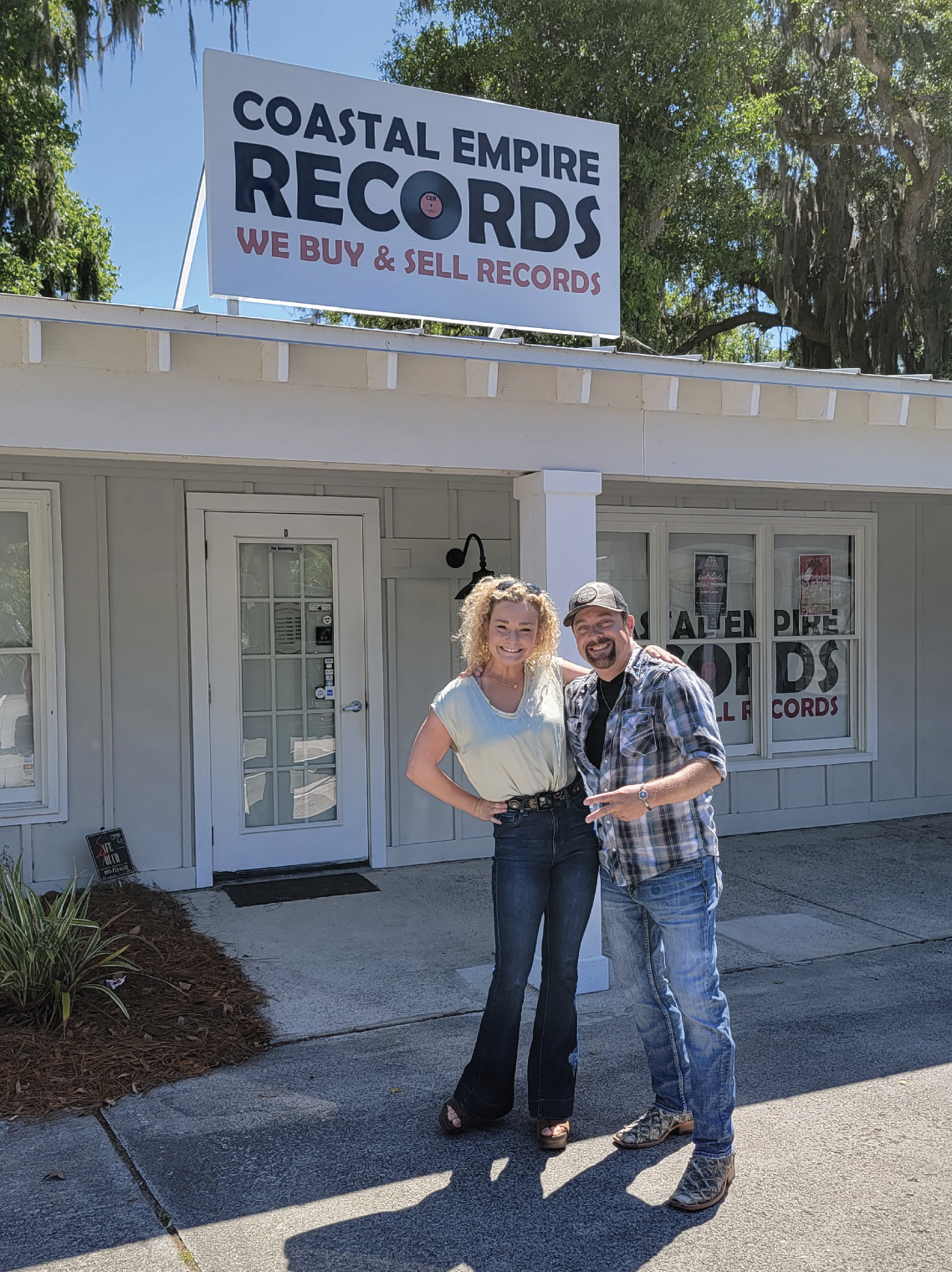 Janna Marie and her mentor, Colton James after a radio interview. 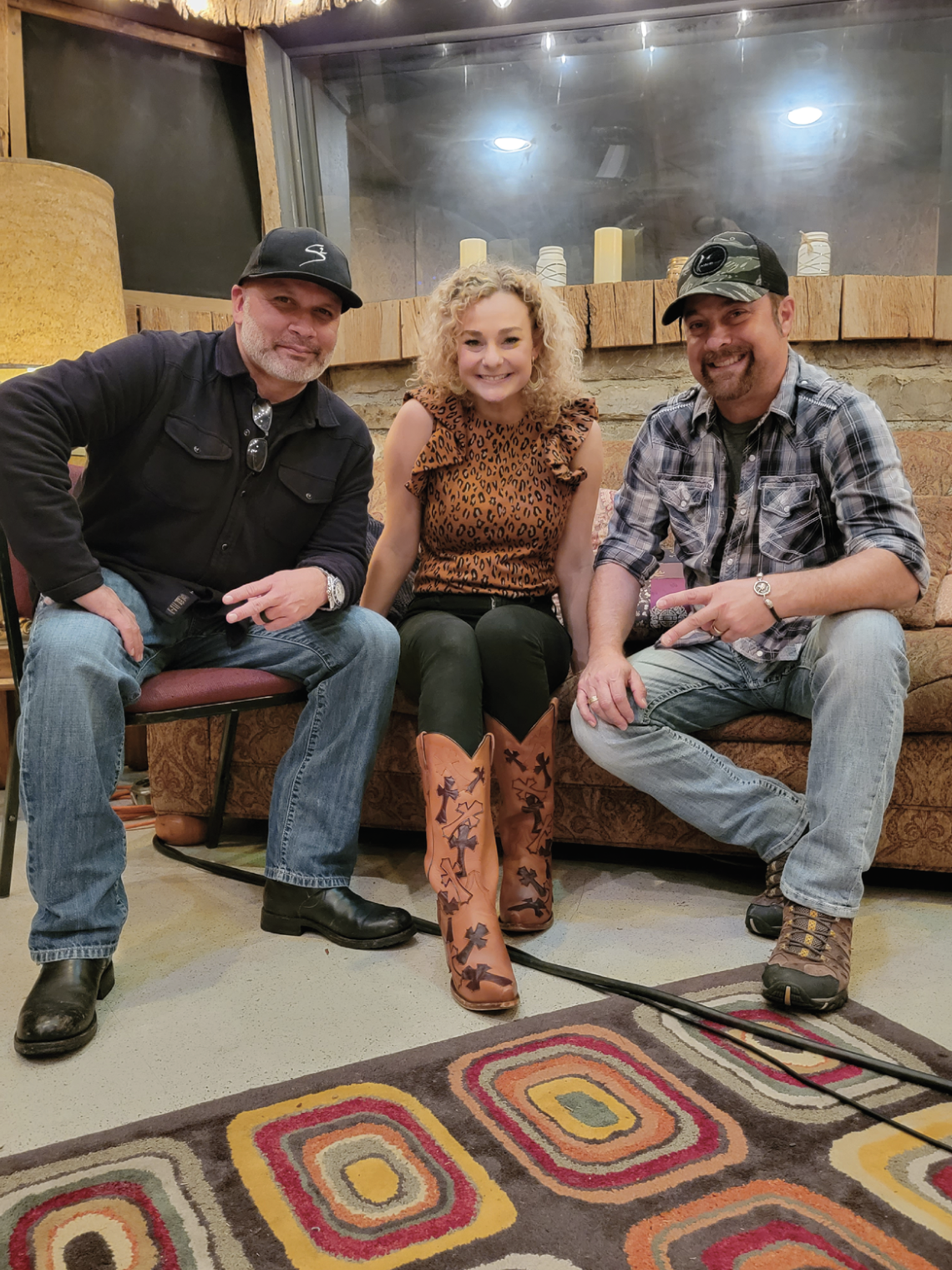 South: With a couple songs dropping already, this all seems to be moving fast and perfectly orchestrated. Where did it officially start?
Nate Shaffer: I first brought Janna Marie in for Wiley’s because she was so charismatic and had an incredible effect on people. She happened to be working the night that South Magazine had their Christmas party and I got a call asking, “have you heard this girl sing?” It turned the room inside out, this little girl with this huge voice. There was no question she’d be the first artist I signed to S² Sports & Entertainment Agency.

S: Asking the gal behind the music, what were the songs and how did you choose what to sing?
Janna Marie: The first one was Lady Gaga’s You and I, then I chose to throw it back and sang Until It’s Time For You to Go by Shirley Bassey. I showed off a little rock, country, then some jazz-slash-soul, some old school in there…”

S: You clearly shouldn’t be tied down to a single genre – both because of how early it is in your career and how varied your vocal style, but if you had to speak to genre, what speaks to you?
Janna Marie: I started in musical theater with so many artists I aspired to be like. Barbara Streisand, Bernadette Peters, Judy Garland. I learned a lot from videos – I learned to yodel and riff, things I was afraid to do in voice lessons. I did shows as a kid and attended AMDA [the American Musical and Dramatic Academy in NYC]. I loved the triple threat but wanted to focus on the music. I fell in love with country with artists such as Carrie Underwood, Reba McEntire and Chris Stapleton. But then I wanted to congeal it together. I’ll take some jazz into country and soul into rock. I’ve always been drawn to soul and gospel – Aretha Franklin, Whitney Houston. I don’t want to stick to a style. I want my whole heart to be in it and bring all the different sides of me to a song.

S: You took this “whole heart” to Nashville recently in a showcase with Colton James – what was that experience like and what’s next for James and Janna?
Janna Marie: I’m surrounded by incredible opportunities and influences I don’t take for granted – I’m not naïve, not realizing the benefits of working with or having mentors like Colton James, Jimmy Nichols, studio band members, Greg Crowe.
Colton James: The first time we met we wrote a song. Me, Janna, Greg. We wrote a song in the lobby of the Holiday Inn Express – that’s where the journey began – and now we’ve got three singles in 60 days: Me Time, Best Bad Habit, and Muscle Cars.

S: What’s next for both of you as artists and the side projects in the fire?
Colton James: My partner Rick Dawson and I started a new label called Red Sunset Entertainment – you may have heard his name because his horse just won the Kentucky Derby. He and I co-wrote I Miss America and are partnering on Land for Heroes building lodges for veterans. I believe the hand of God pushed that horse to the front for a reason because we’ve got some work to do, and the spotlight just got hotter on all of this. Our label is going to be family; we’re going to put out music in all genres because music is the voice of the soul. It’s universal; it’s healing, and we’re all so grateful we have the chance to do what we do. My grandmother always said, a painter paints with a brush but a singer paints with a pen. We only get one ride on this ball of dirt, and we’re going to make the most of the time we have and the pen we’ve been given. 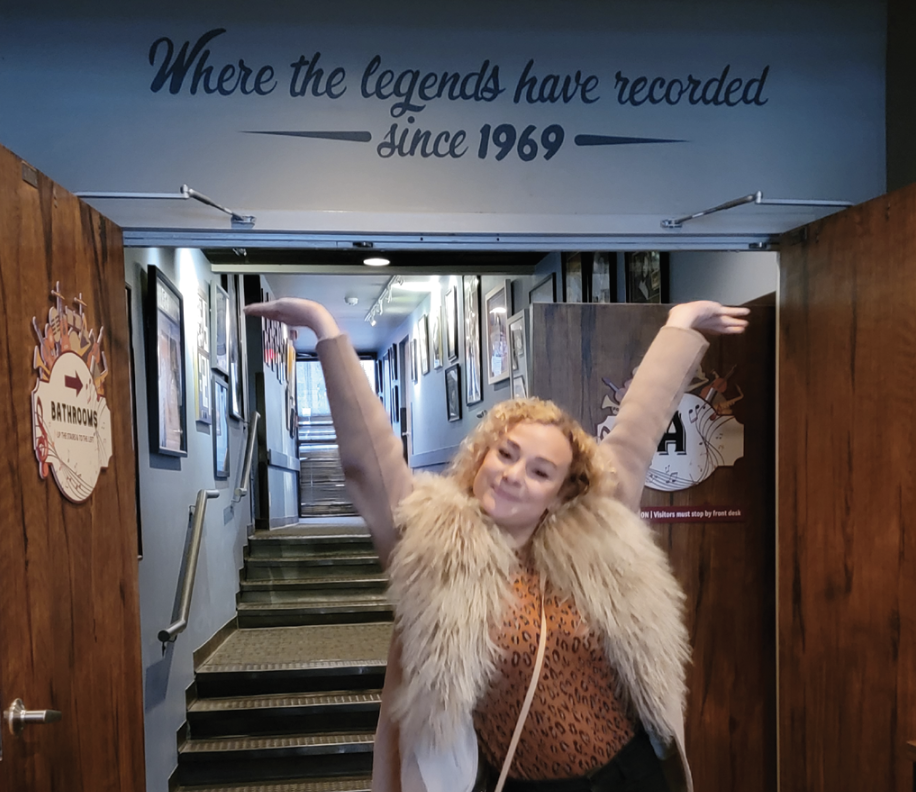 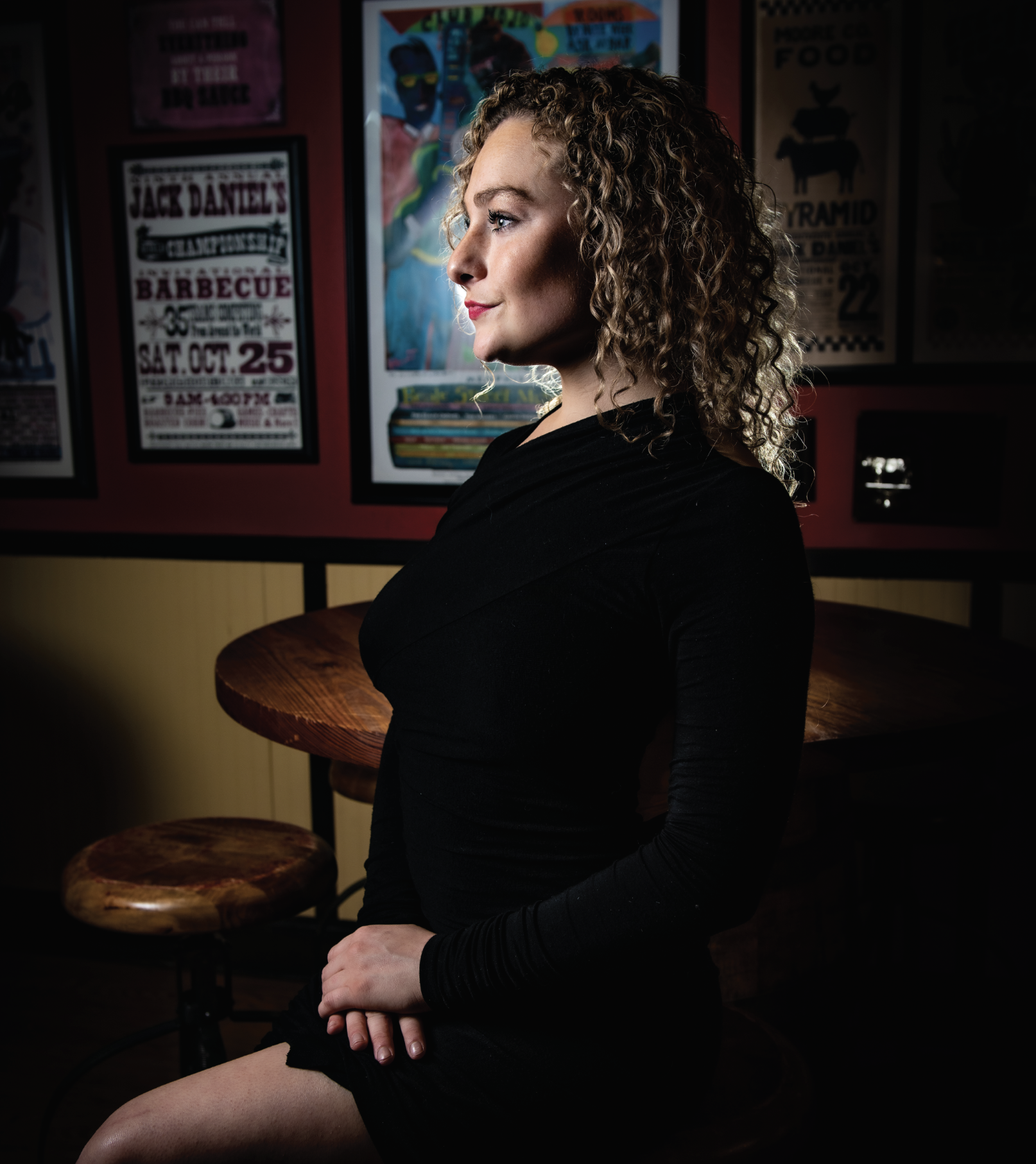 The night Janna Marie sang for the crew at Wiley’s BBQ.

“My partner Rick Dawson and I started a new label called Red Sun-set Entertainment – you may have heard his name because his horse just won the Kentucky Derby. ” – Colton James

… All That and a Horse 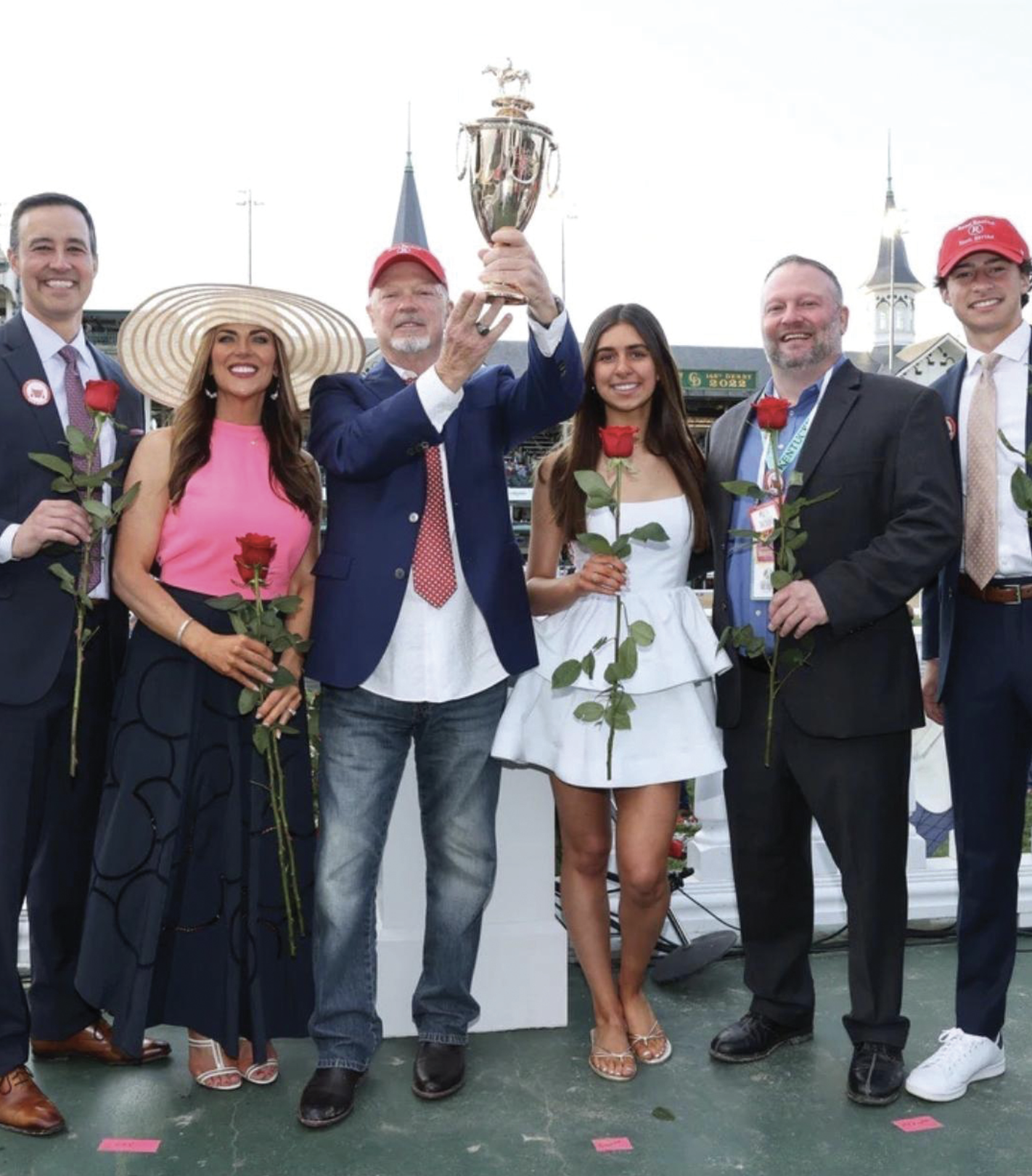 “The Longest Shot Has Won The Kentucky Derby!”

“Richie was supposed to be a small-time horse,” jockey Sonny Leon told People magazine. “He won it not by a whisker, but by coming from dead last and outrunning horses the hard way. Miracles happen.”

No one was talking about him, there in the back. He wasn’t supposed to be there. But he didn’t know that. You can see in his stride that he thought he could take it. A length or two forward, he’s flanked, not an inch to take. In “hind” sight (#POVhorseintheback) we see it now, watching the race tape after the fact, he cut ahead several lengths, coming out of nowhere, finding an open inside rail. “Richie” and rider Sonny Leon were making moves, advancing more than any other horse, but still no one talked about anyone but the leads.

So they became the lead. They passed the class, rolled into third, and never stopped. As announcers scrambled to find his name on the list, he had already won the Kentucky Derby.

Cue orchestra. Cut to hats and beers and bouquets, tears and unbridled laughter, while we wondered at the win – the longest shot in the 20-horse race and the second-biggest long shot victory in 148 years of Kentucky Derby history. But we were just catching up to what Rich Strike’s team and it seems the horse himself already knew: He was born for this. Or the hand of God gave him a push, because this horse not only shook up the racing world, he’s busting through gates to make a way for music to be made, and veterans to receive housing. Just for starters.

Owner Rick Dawson has his hands in several pots, from racing, to music, to a land service company. “In addition to my horse racing family, I also have a terrific music family that includes my partner, country singer/songwriter Colton James. Colton and I co-wrote the song ‘I Miss America,’ dropping in June and have long been paving our way toward a major joint venture with the launch of our multi-media company Red Sunset Entertainment (RSE). We’re very fortunate to have just signed as the newest member of the RSE family, up-and-comer Janna Marie, who’s an extremely talented artist and still brings chills every time I’ve heard her voice.”

Dawson weaves this family thread through every business and every win. His favorite moment from Derby weekend wasn’t the hype, it was “Family and friends. So very, very happy for my trainer, Eric Reed for a perfectly prepared horse and jockey Sonny Leon for a perfectly performed ride. In the paddock I commented to Sonny as I looked around at the amazing crowd, ‘this is why you do what you do?’ He said, ‘Yes Sir,’ – ‘Then go out and make this your day,’ I told him. He obviously did. My trainer, Eric, is such a humble good person and is so deserving of this historic victory. It was so great for him to be able to share this with his father, Herbert Reed, a 50+year trainer himself, and all his family, friends, and crew back at the farm.”

Dawson got into racing more on a whim than life-long journey. “I’ve always been a sports fan and that includes horse racing. After semi-retirement and having a little more time, I wanted to experience racehorse ownership. So far, so good,” he says. Oh the understatement that is this win.

It’s an underdog conquest, a sporting phenomenon, a hijinks horse tale, and a feel-good fable. It’s all in there. A movie in the making. If you look closely, way in the back, against all odds and coming up quick on the inside, this unexpected “Also-Eligible” blazed to glory and taught us all a thing or two about what can be done on a long shot.