The Cathedral Basilica of St. John the Baptist

Listen. Cathedrals don’t just happen. Ask a European. They take a long time to build – like, decades–and then you’ve got to maintain them. It’s like home ownership. Not so glamorous. 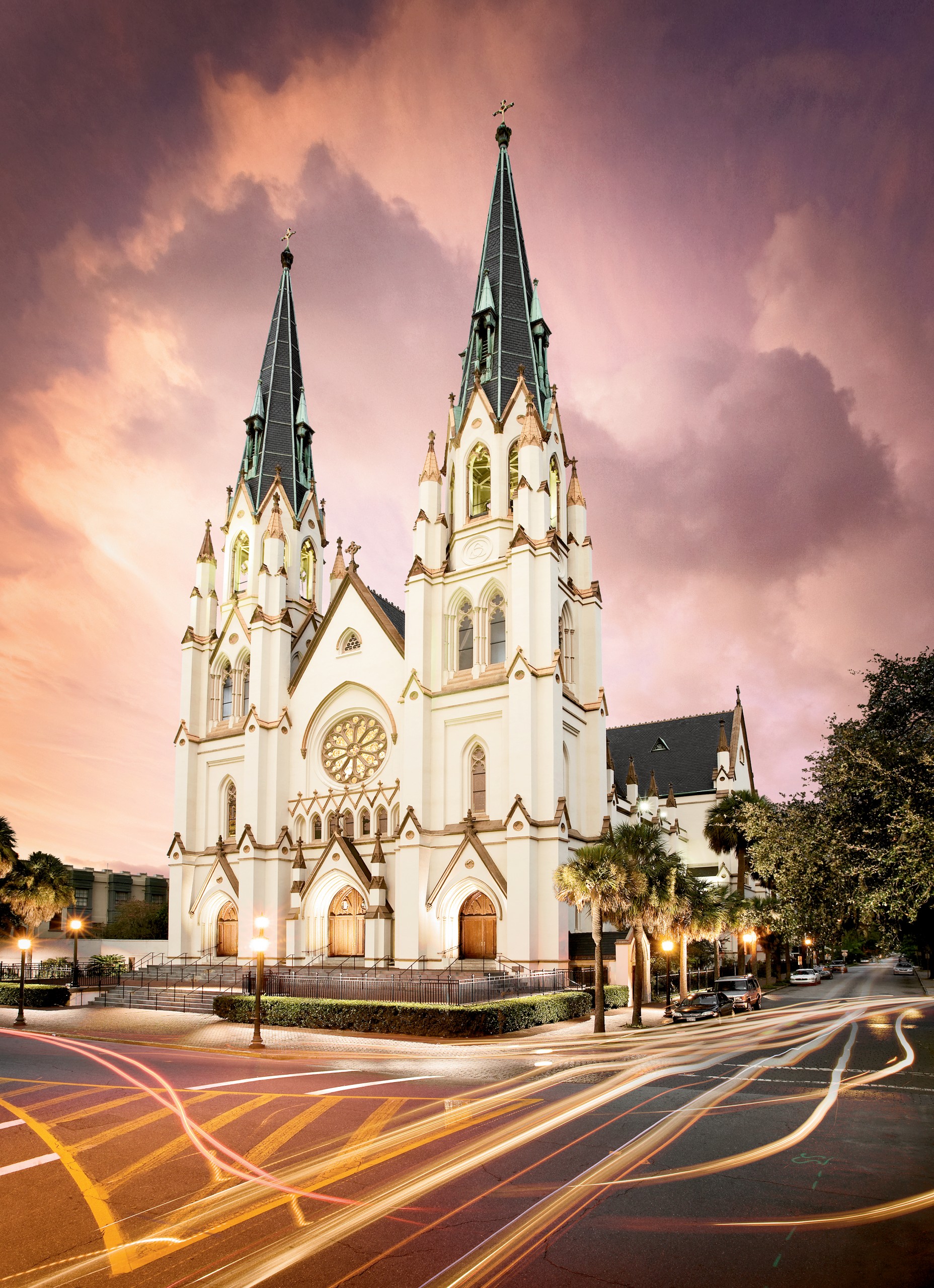 What is glamorous, or more accurately, breathtaking, is the result of design, art, and labor. The Cathedral of St. John the Baptist in Savannah is a stunning jewel of French Gothic architecture with a story as resilient and nuanced as the faith of its parishioners. Perched on Harris Street, it’s a sight to behold: an elegant structure reaching up to the heavens with two soaring spires and pointed arches in the windows and doorways. Inside, visitors marvel at vivid contrasting colors, vaulted ceilings, ornate designs around the rose window, and of course, the glowing stained glass.

If you’ve hung out in Savannah, you may know the basics about this architectural icon. It was the first Catholic church in Savannah. There was a major fire, which wiped out the majority of the building in 1898, prompting reconstruction that took fourteen years. The St. Patrick’s Day Mass at the Cathedral is a beloved tradition in Savannah, in which the Grand Marshal of the parade attends Mass along with thousands of celebrants, which, fingers crossed, will return in 2021.

But there may be other stories in the Cathedral you haven’t heard. The church’s beginnings, for example. Although Irish descendants make up a large portion of celebrants, the parish was started by immigrants from France and Haiti after fleeing from political turmoil and was originally called the Congregation de Saint Jean-Baptiste. Oui!

Also, the famous fire at the turn of the century wasn’t the only one. In 2003 an armed arsonist poured lighter fluid on the cushions in the Bishop’s chair and a Bible on the altar and then ignited it with a Zippo lighter. This stunt caused $365,000 damage to the Cathedral, which had just wrapped up a restoration costing $11 million three years earlier.

We’re pretty sure these aren’t the only fun facts you can dig up about the Cathedral. It’s definitely worth a visit to learn a few more.