It’s that time of year! Excitement and anticipation swell at the “raw bar” section of a menu. Diners get a twinkle in their eye as they catch a glimpse of shells over ice. A salty aroma fills the air. When the months that end in “-er” come around, it’s oyster season in the South. 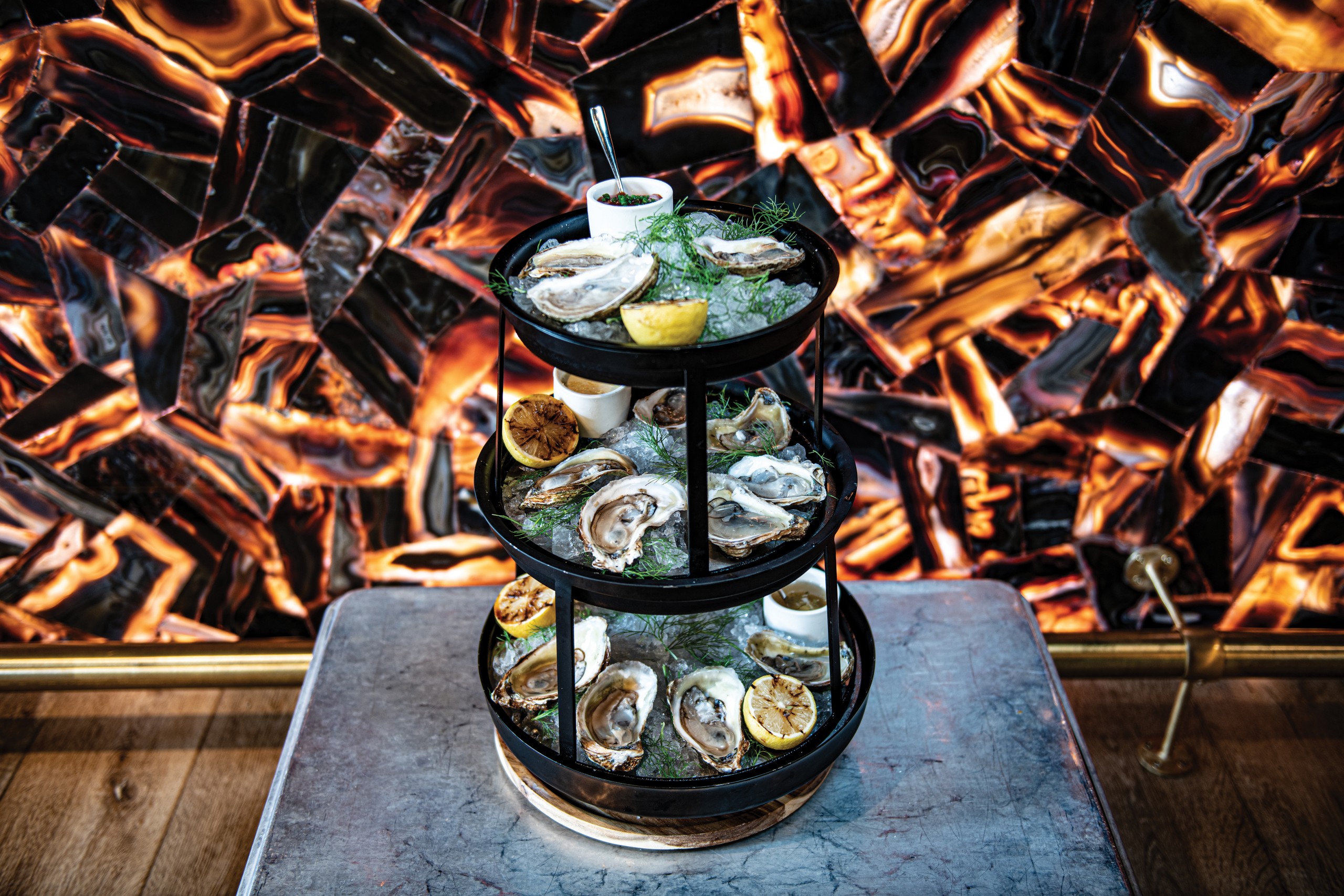 While Northern oysters are good eatin’ year-round, why do Southern oysters have a “season?” The rule of eating oysters in months that end in –er refers to the months where the water is too cold for oysters to spawn, or reproduce. Warm-water, spawning oysters are generally soft and less flavorful, whereas cold-water oysters exhibit a lean, firm texture with a bright briny flavor.

Stone & Webster Chophouse serves some serious style points, especially when it comes to their extraordinary seafood tower. The most dramatic photo-op in town for an oyster features six jumbo shrimp, one-half of a Maine lobster, one-half pound of King Crab legs and four oysters. Oyster lovers can also order half-dozen oysters on the half shell at market price.

Husk offers the widest variety of oysters based on region. Their meticulously curated selection rotates constantly and sources oysters from the Chesapeake region down through Florida. As always, Husk offers nothing but the highest quality food, making it the ideal place to indulge in a salty sampling. Oysters are available at market price on the half shell. 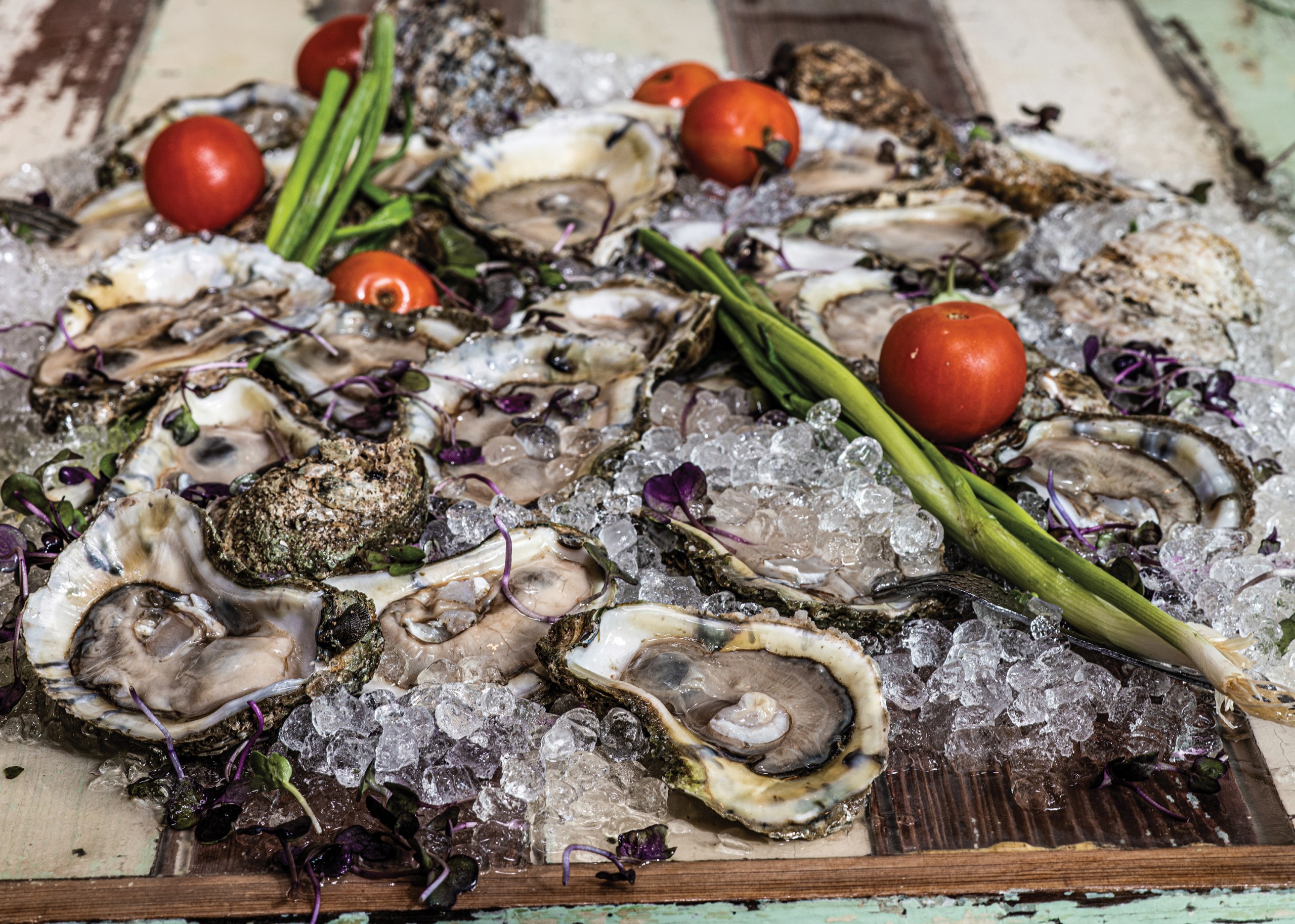 When it comes to oysters, The Common does it all. Sourcing oysters of the week from as far north as Canada, raw bar lovers can enjoy an adventure or keep it Southern with local picks. The Common also offers preparations such as: smoked oysters Rockefeller, caprese, mescal, ghost pepper and more! Be sure to stop in on Raw Bar Wednesdays and enjoy 50-cent oysters. 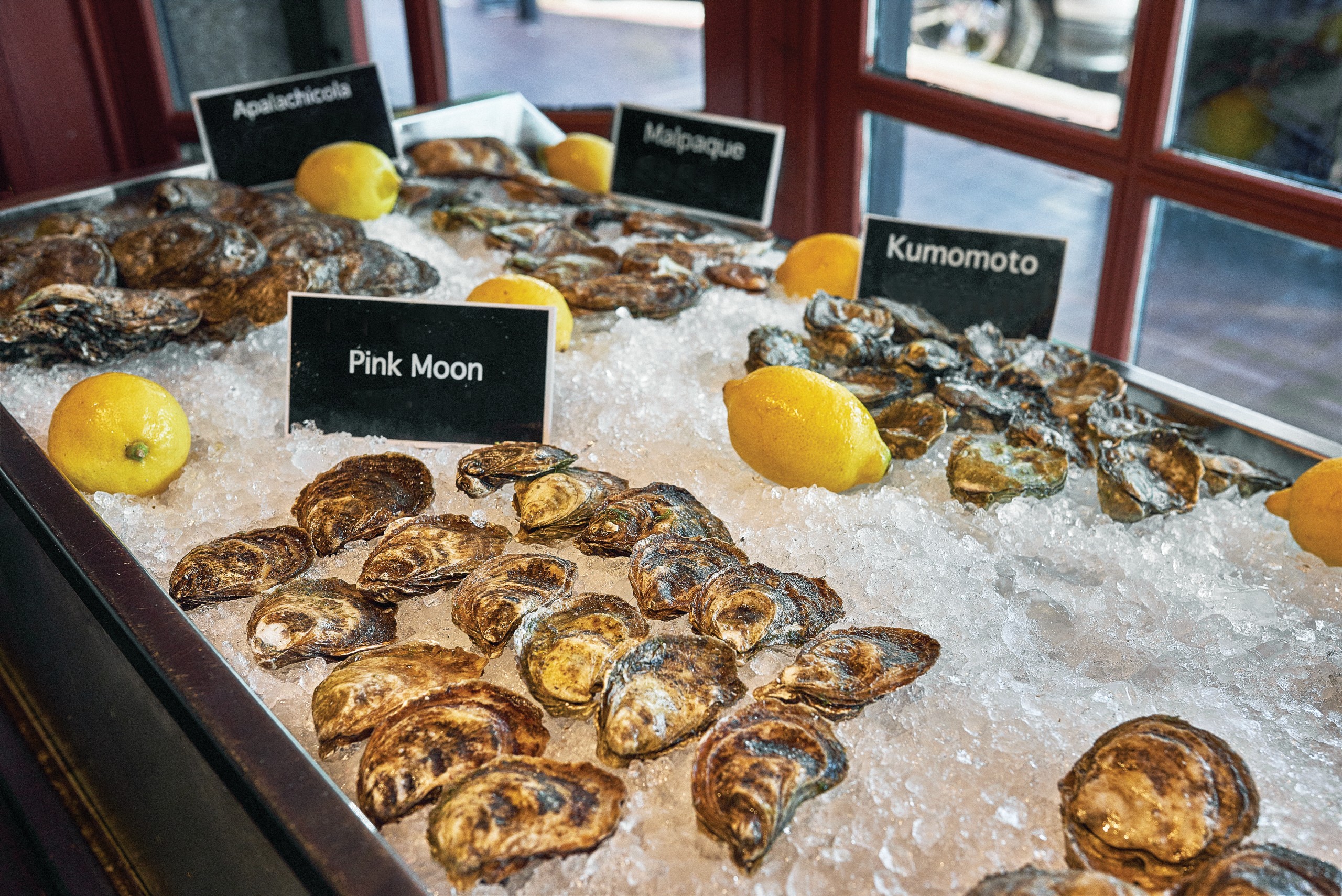 Fiddler’s is for the seafood enthusiast who wants to keep it casual. They source fresh oysters from Florida and offer $12-half dozen and $24-dozen quantities. Oysters can be prepared steamed, fried or Rockefeller, on their own or on a seafood platter. The upper deck offers an enviable view of the Savannah River while enjoying a shellfish fix! 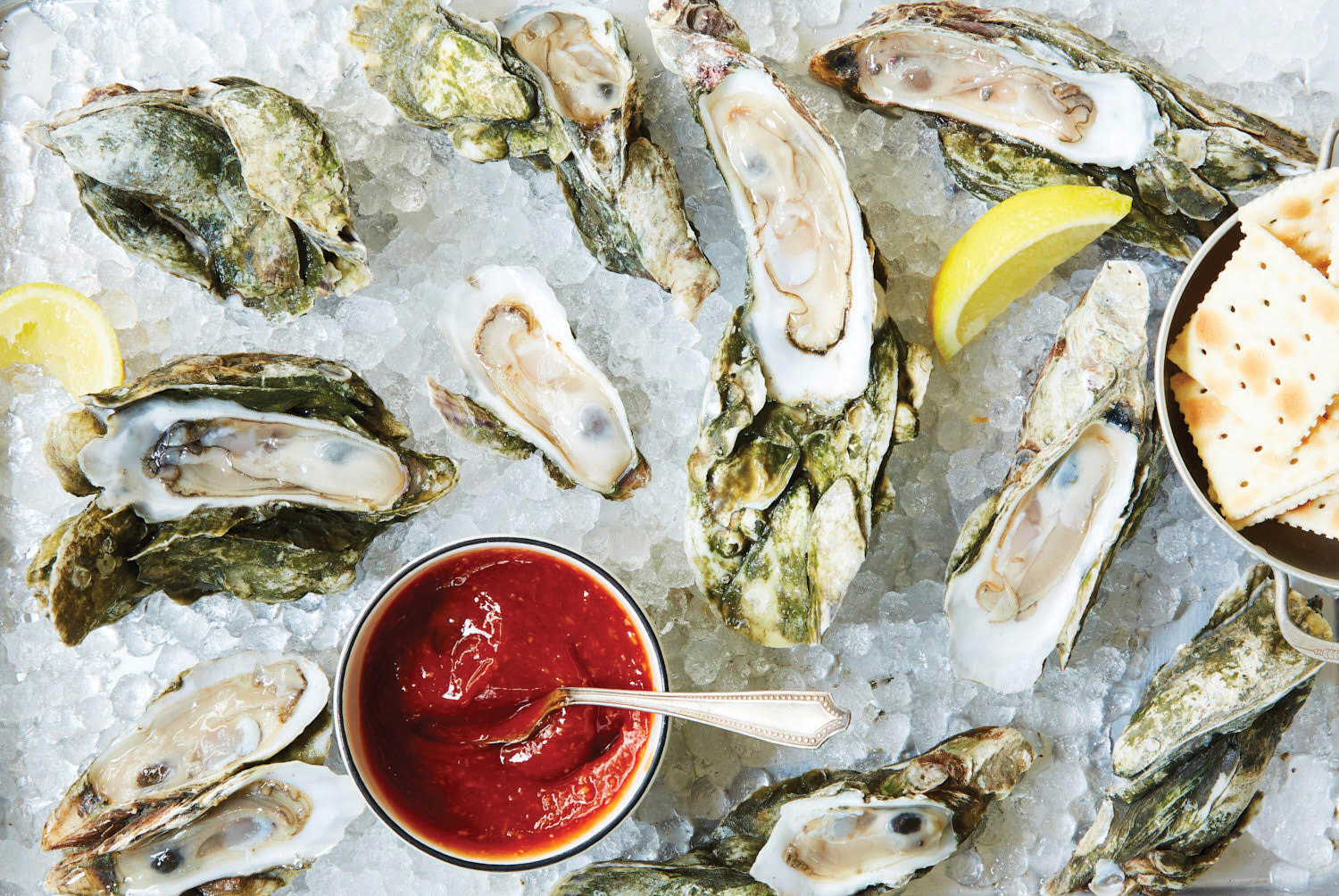 If you’re like us, oyster season makes you want to party! Erica Davis Lowcountry is the best way to throw an oyster-filled celebration. They cater oyster roasts and oysters on the half shelf for parties of 50 or more. For their “-er” month dining menu, they offer baked oyster preparations, such as Casino and Rockefeller, as well as raw half shell.

Make these bivalves part of your dinner rotation with these easy preparation tips:

When storing raw oysters before consumption, be sure not to freeze them. Keep them in the fridge with a damp cloth or paper towel covering the top. Oysters are best eaten within a few days of refrigeration.

Make sure you have the right equipment. Shucking requires an oyster knife and a protective glove or towel. Have a deep tray with ice and preferred toppings, such as lemon wedges or mignonette sauce.

Prepare to shuck by washing the oysters under a stream of cold water to remove mud and grit. When shucking, the most important tip is to establish proper leverage. Be sure to remove any grit or shell fragments before enjoying!

⇒ To bake oysters, preheat the oven to 425 degrees Fahrenheit. To grill, set the heat for medium-high.

⇒ Before baking or grilling oysters, be sure to thoroughly clean them by running them under cold water and scrubbing. This way, the brackish, muddy sediment is removed prior to cooking.

⇒ For baking: prepare a pan with about 1/3 inch of water and a flat rack. Arrange the oysters in a single layer on the rack. Bake for about seven minutes, or until the oysters have begun to open. Carefully transfer the hot oysters to a plate and shuck, garnish and eat!

⇒ For grilling: Place the oysters cupped side down on the grill and cook till they begin to open. Shuck carefully to retain as much liquid as possible, cutting the muscles from the shell. Serve warm with butter, lemon and hot sauce!