In his new executive role, Bollinger will supervise the culinary program at The Alida, which includes operations of the hotel’s signature restaurant Rhett, The Lost Square rooftop bar, the pool bar and in-room dining. 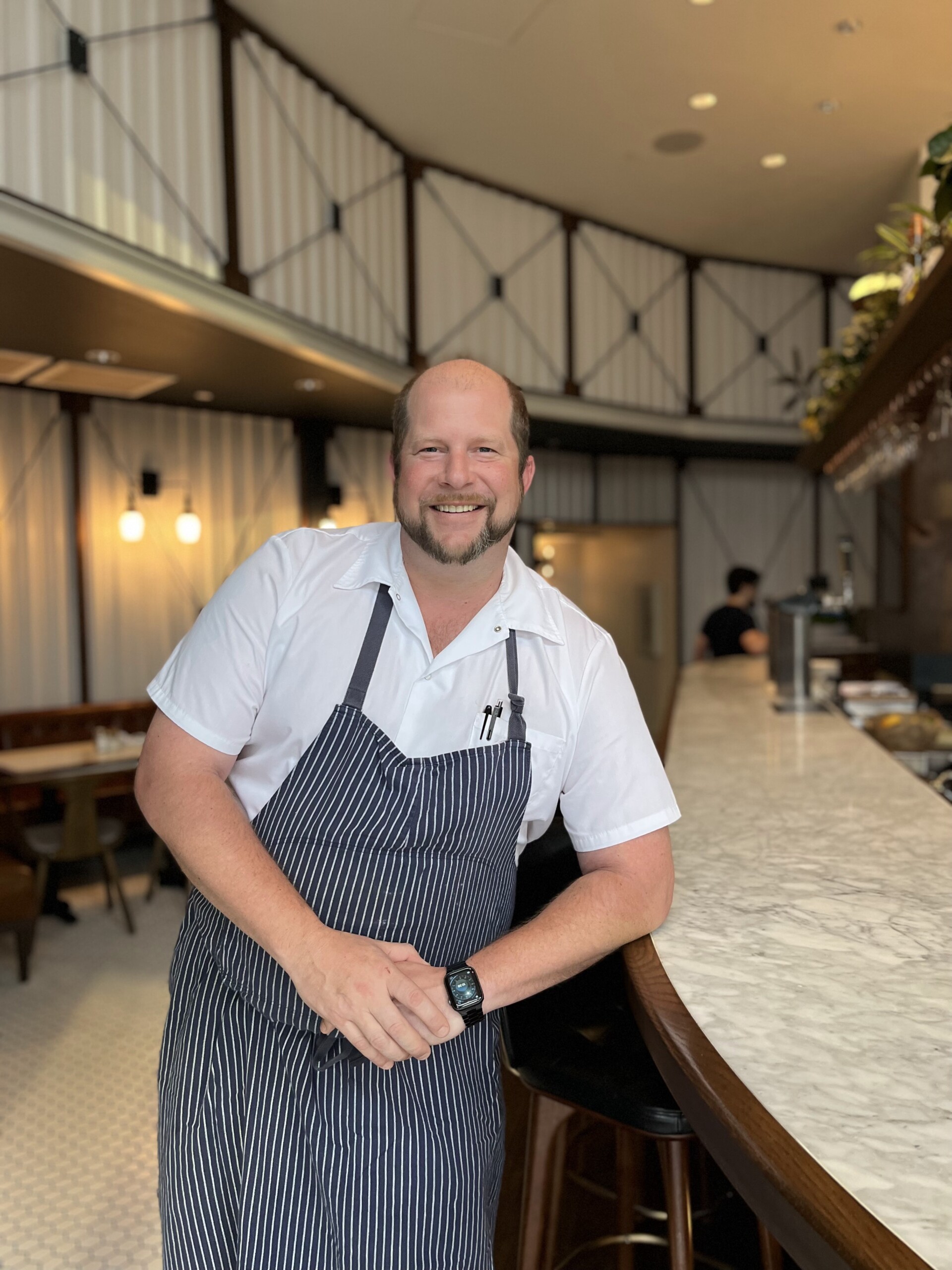 The Alida has named Alex Bollinger executive chef where he will oversee all food and beverage culinary operations at the Savannah hotel. Bollinger comes to the Hostess City from the West Coast after serving as chef de cuisine at the Ritz Carlton Bacara in Santa Barbara, California near his hometown of San Francisco.

“Chef Bollinger is a great addition to both the Makeready and The Alida family,” says Andres Jimenez, Senior Vice President, Food and Beverage at Makeready, the hotel’s operator. “His culinary style of using seasonal and regional produce from the land and sea is a great benefit to our reimagined Rhett menu and its focus on southern coastal fare.”

In his new executive role, Bollinger will supervise the culinary program at The Alida, which includes operations of the hotel’s signature restaurant Rhett, The Lost Square rooftop bar, the pool bar and in-room dining. In addition to overseeing the hotel’s high standard for exceptional guest dining experiences, he will also be responsible for the hiring and training of all culinary staff, budget creation and management, as well as menu development.

“I am incredibly grateful for the opportunity to join The Alida team and contribute my expertise to their exciting and distinctive dining experiences,” says Bollinger. “I already feel at home in Savannah, and I look forward to working with the team to further elevate The Alida’s wonderful food and beverage program.”

With over 18 years of culinary experience, Bollinger’s curiosity for the kitchen was sparked at a young age with his mother’s cooking. Influenced by the local produce and enticing flavors used in his childhood home, he had solidified his future in the culinary arts by the time he was 12 years old. After attending the renowned Culinary Institute of America in New York, Bollinger sharpened his skills at several fine dining restaurants in major cities throughout the U.S., including but not limited to Aureole in Las Vegas, Charlie Palmer Steak in New York and Sou’Wester at The Mandarin Oriental in Washington DC. Upon returning to California in 2013, he held additional executive chef and chef de cuisine positions at Cadiz Restaurant & Lounge and Wayfare Tavern before he opened the Angel Oak Steakhouse at the Ritz Carlton Bacara for Pacific Hospitality, which included developing a menu of refined classics that incorporated rotating seasonal ingredients.

The Alida is a 173-room boutique hotel situated on historic Savannah’s River Street in the burgeoning Plant Riverside District. Offering a number of charming spaces and experiences waiting to be discovered, The Alida features a heated and chilled year-round saltwater pool with private cabanas, The Lost Square outdoor rooftop bar, Rhett, southern coastal cuisine, The Trade Room chic lobby bar and Keep Shop retail experience. For special occasions or meetings of the minds, The Alida blends timeless beauty and Southern hospitality along the picturesque Savannah River for gatherings of 20 to 200 people. Nostalgic and graceful, industrial yet curated, curious and always custom – The Alida offers a distinct design perspective and unique representation of local artists, makers and thinkers with each guestroom and suite adorned with a one-of-a-kind element created by the renowned Savannah College of Art & Design.

Designed from the ground up to create truly independent hotel, restaurant and retail brands with individual points of view, Makeready is a different kind of hotel operator, one that provides an opportunity for travelers to connect to the world around them, city by city and person by person. Makeready is passionate about developing independent experiences that are an essential part of each community, cultivating deep, emotional connections across guests, teams and local brands to create sustainable value for investors. Makeready operates notable hotels, restaurants and retail shops throughout the country such as: Noelle, Keep Shop, Hidden Bar and Makeready L&L in Nashville; The Alida and Rhett in Savannah; The Adolphus and Commerce Goods + Supply in Dallas; Emeline, Frannie & The Fox and Hank’s Seafood Restaurant in Charleston and its elevated venue space for private events, Hank’s Social Hall. Find us online at www.makereadyexperience.com or Instagram at www.instagram.com/makereadyexp.