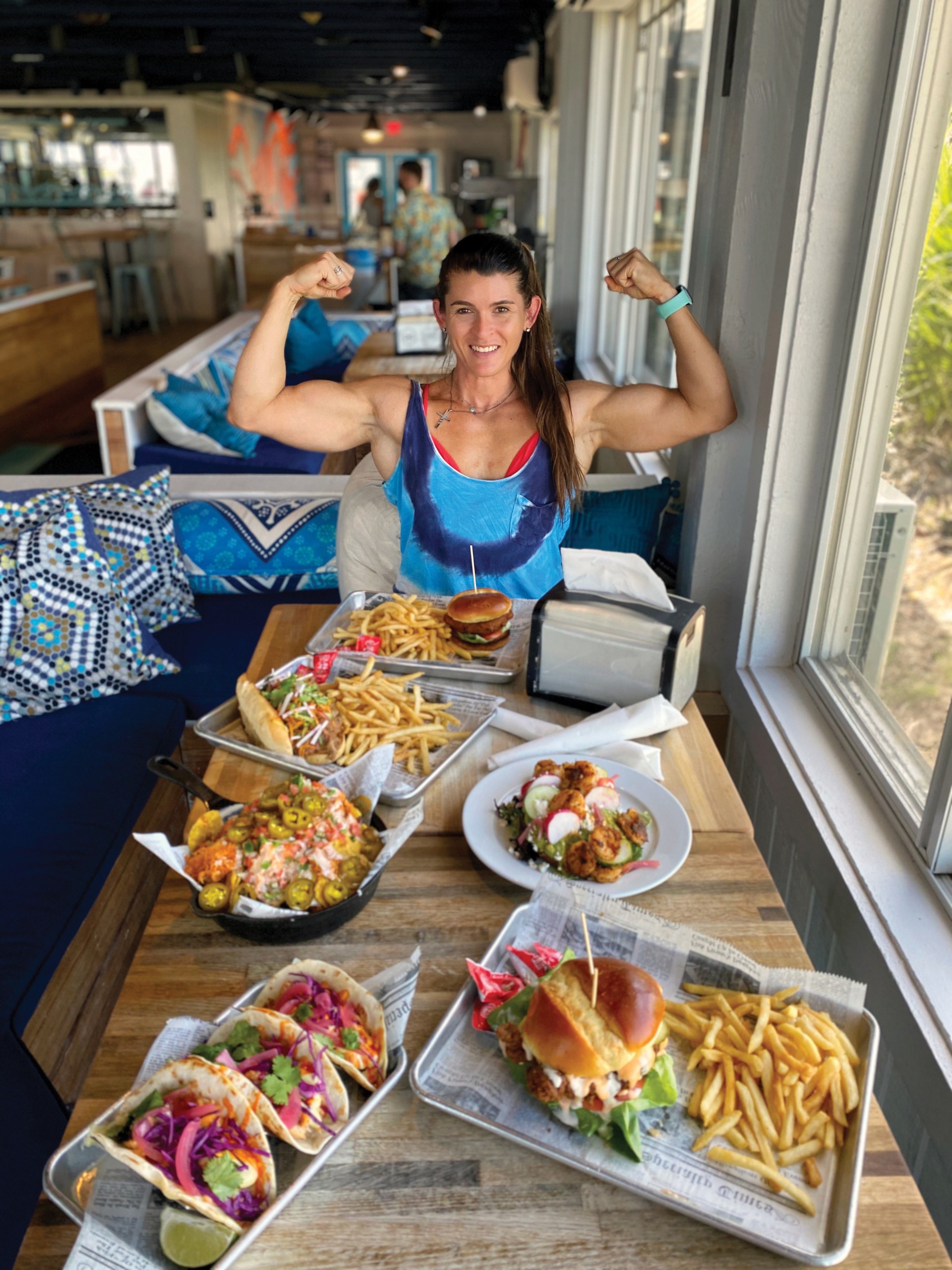 Christina Petsos is living the dream – the dream of eating whatever the heart desires and not gaining weight. She’s struck the perfect balance between maintaining a healthy physique and dining out in a Southern city – and she spilled her secrets for South readers.

Christina Petsos answers her phone over her car Bluetooth – she’s on her way home from formation when she has time to talk. She laughs, “They let us out early since it’s Friday, so I got out of there and to my car before they changed their minds!” In addition to being stationed in Savannah, Georgia as a member of the Army and training for bodybuilding competitions, Petsos has amassed over 13,000 followers on her Instagram account, @somehowimnotfat.

She is what popular culture would describe as a “foodie,” but she says, “I wasn’t really into food – I liked to eat but I never really thought about how pretty food was or appreciated really good food until I got into competitions, because when I started competing I had to give up almost everything that I liked.” She adds, “I learned how to eat really healthy doing that, and I would be able to have days where I could indulge in really good food, too.”

After moving from Orlando to Savannah, Petsos had to adjust to a whole new stratosphere of Southern dining. On the main difference between food in Savannah compared to her home town, she sighs, “Like shrimp and grits in Orlando? No, I’m never going to eat it there again, ever. You just can’t compare it to the places here.”

Scrolling through hundreds of stunningly mouth-watering photos of cheat-meal worthy dishes, the question arises: how on earth does she stay fit? “Moderation!” says Petsos, “Don’t go out every Saturday and Sunday and think, ‘I can eat whatever I want because I was good all week,’ because if you have fitness goals, you won’t achieve them! You can’t really out work a bad diet, but you can still mix it up and enjoy life and be healthy at the same time.”

As the expert on dining out in Savannah, her number one tip – aside from avoiding the clamor of River Street – is to consult Yelp. “I mean, there are so many good places [in Savannah], you’re not going to go wrong. My biggest tip is to always check Yelp first because people are pretty honest.” (Continued)