Smush Your Heart Out

If you’re reading this, there’s a chance you’re one of Smush the Cat’s (@smushofficial) 687,000+ followers on Insta vibing with the masses over Smush’s wit, looks, and mischief (she’s a cat, it’s her love language). Smush’s mom Shannon Jackson explains how this famous, funny feline uses her platform for good. 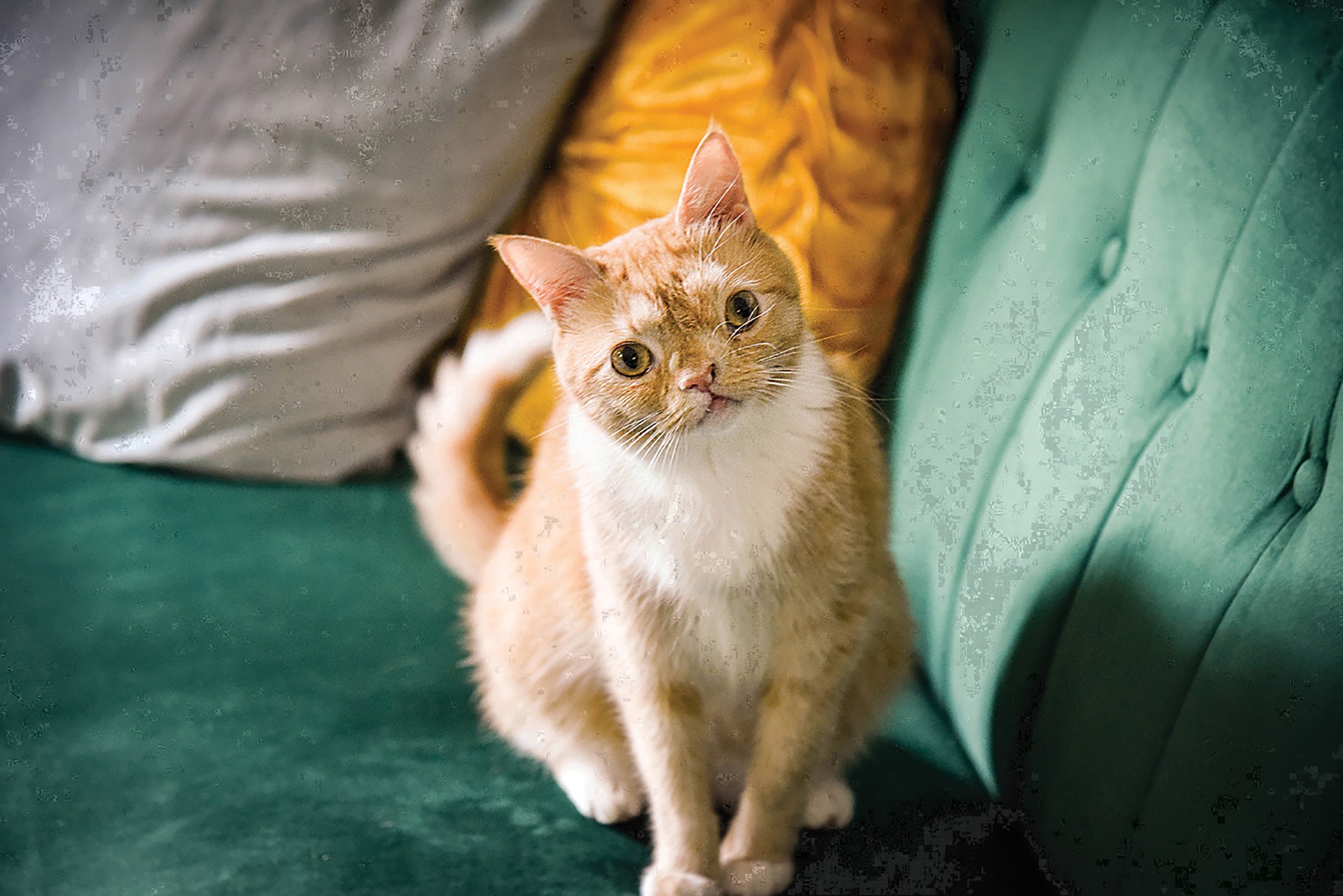 If Smush’s squished face doesn’t turn your heart to mush, her personality will! Smush’s mom Shannon explains how this famous, loveable kitty uses her platform for good.

If you’re reading this, there’s a chance you’re one of Smush the Cat’s (@smushofficial) 687,000+ followers on Insta vibing with the masses over Smush’s wit, looks, and mischief (she’s a cat, it’s her love language). Smush’s mom Shannon Jackson explains how this famous, funny feline uses her platform for good.

Smush’s internet stardom came from humble beginnings. Abandoned by her mother, found crying out for help in a thunderstorm, and nursed back to health by a vet student who fed the severely malnourished kitten via syringe every four hours, she endured a rough road to recovery surviving respiratory infection, ringworm, genetic abnormalities, and with a cleft lip that required extra care. With a fairy-“tail” ending, she found a loving home and as fate would have it, fame. 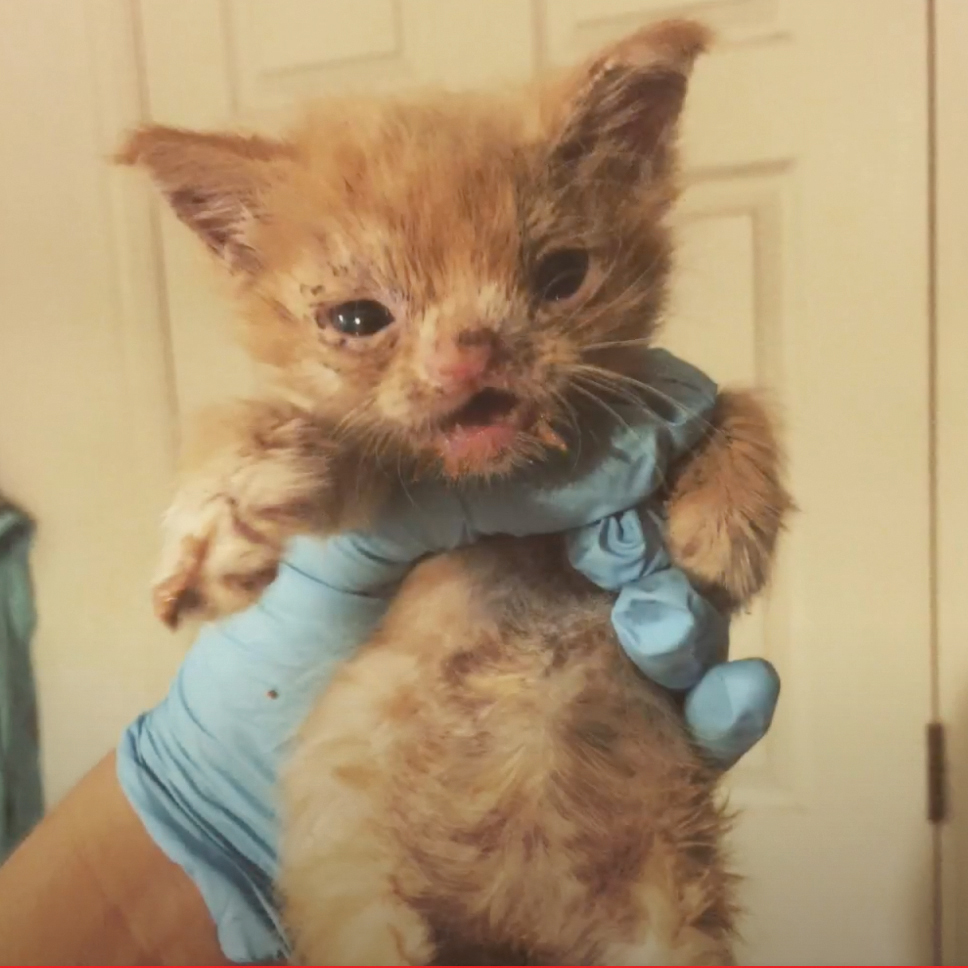 “One day, Smush came into the rescue, and I was like, “’Oh my god….this cat.’ At the time, I wasn’t expecting to adopt her, but I fell in love with her. I made a video of her rescue story and it went viral on the internet. The only reason I made her a social media account was because all my pets have accounts! As an obsessive photographer, too, it’s fun! It’s a creative outlet for me to give my pets voices online.” – Shannon Jackson

“I never expected to have a famous pet,” explained Jackson, but the connection was instant. “I wasn’t expecting to adopt, but I fell in love with her.” To raise awareness of pet adoption, Jackson made a video about Smush’s story, which went viral overnight, attracting attention from local news and national media like The Dodo and People magazine. The Instagram account @smushofficial was born and the world got the same chance to fall in love with Smush. 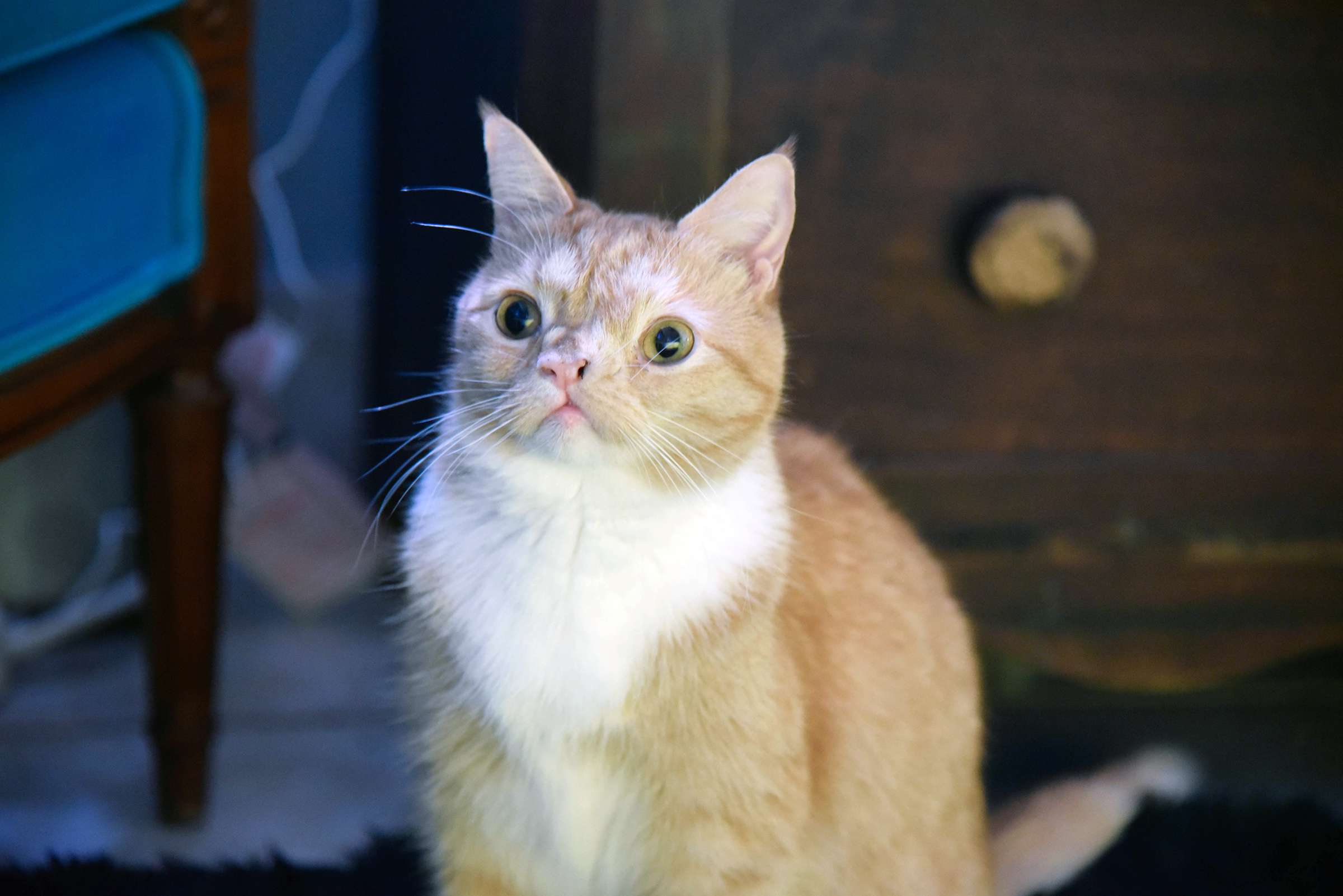 Smush’s fame is not in vain. She’s a kitty on a mission to stand up for what’s right and preach acceptance. While she has supported many organizations, her recent campaign #fightforcats centers on ending the cat meat trade in Southeast Asia, a cause for which she’s raised over $20,000. In addition to her undeniable sass and diva mentality, Smush is also known for her abnormal but positively adorable “squished” face. She has taken her unique opportunity to talk about self-acceptance and encourages her followers to take care of themselves and be kind. Jackson says, “I feel like finding each other and the bond we have was meant to be because of  all the things we’ve been able to do and raise money for and contribute to.” 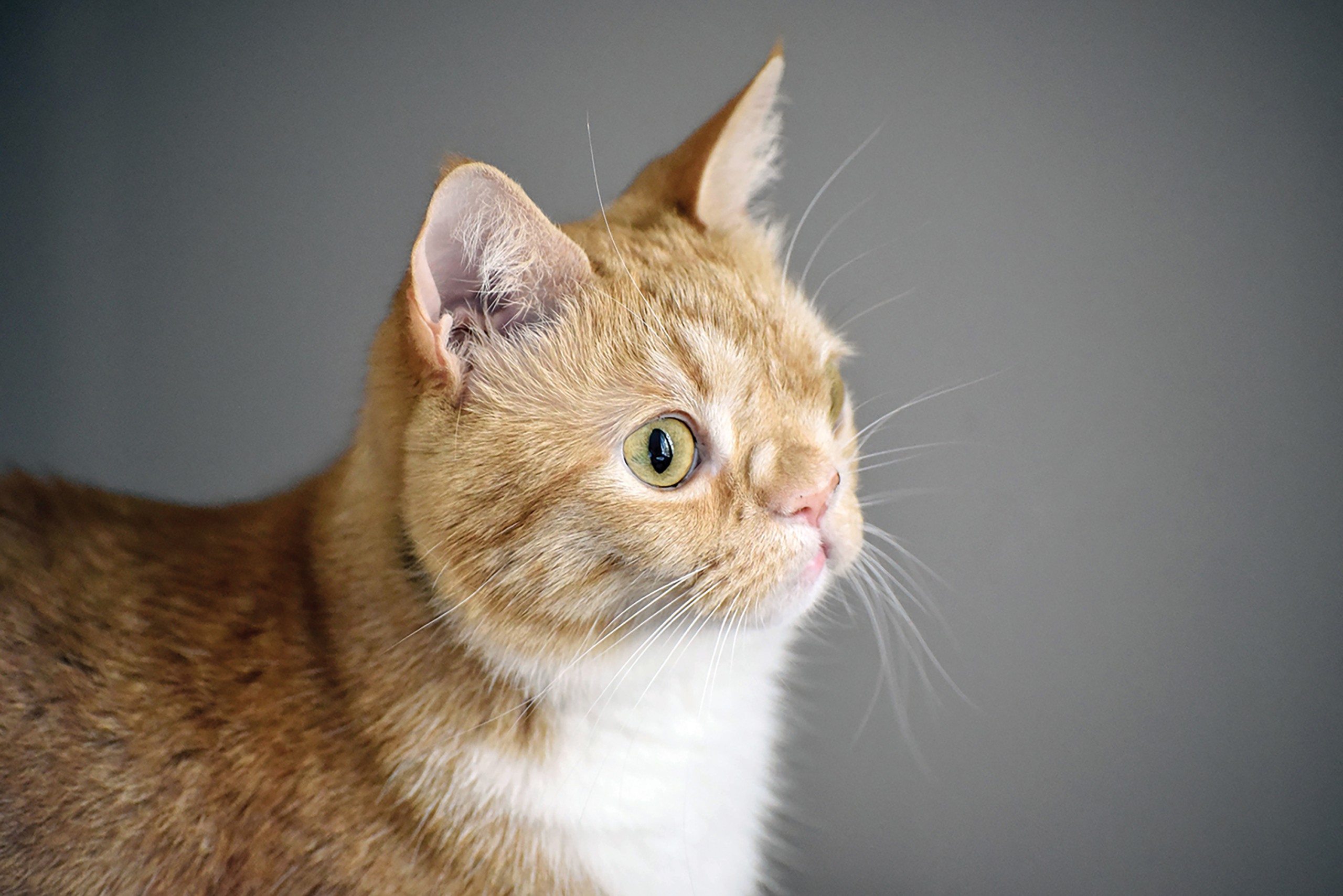 For Jackson, the account is part creative outlet and part powerful philanthropic tool, but has also provided a support system during a hard year. “I always say I feel like the Wizard of Oz behind Smush. There have been times where it gets overwhelming because it is so closely connected to my life. I experienced divorce last year and I’ve tried to be really honest about all that. This isn’t just some money-making thing for me. I wasn’t setting out to do this. I feel a huge responsibility to keep it real.”

And real they are. The bond between Smush and Jackson is infectious, and so many animal lovers can relate. Check out @smushofficial for a dose of serotonin and keep up with Smush, Shannon Jackson, and a few of her fave fur-friends. 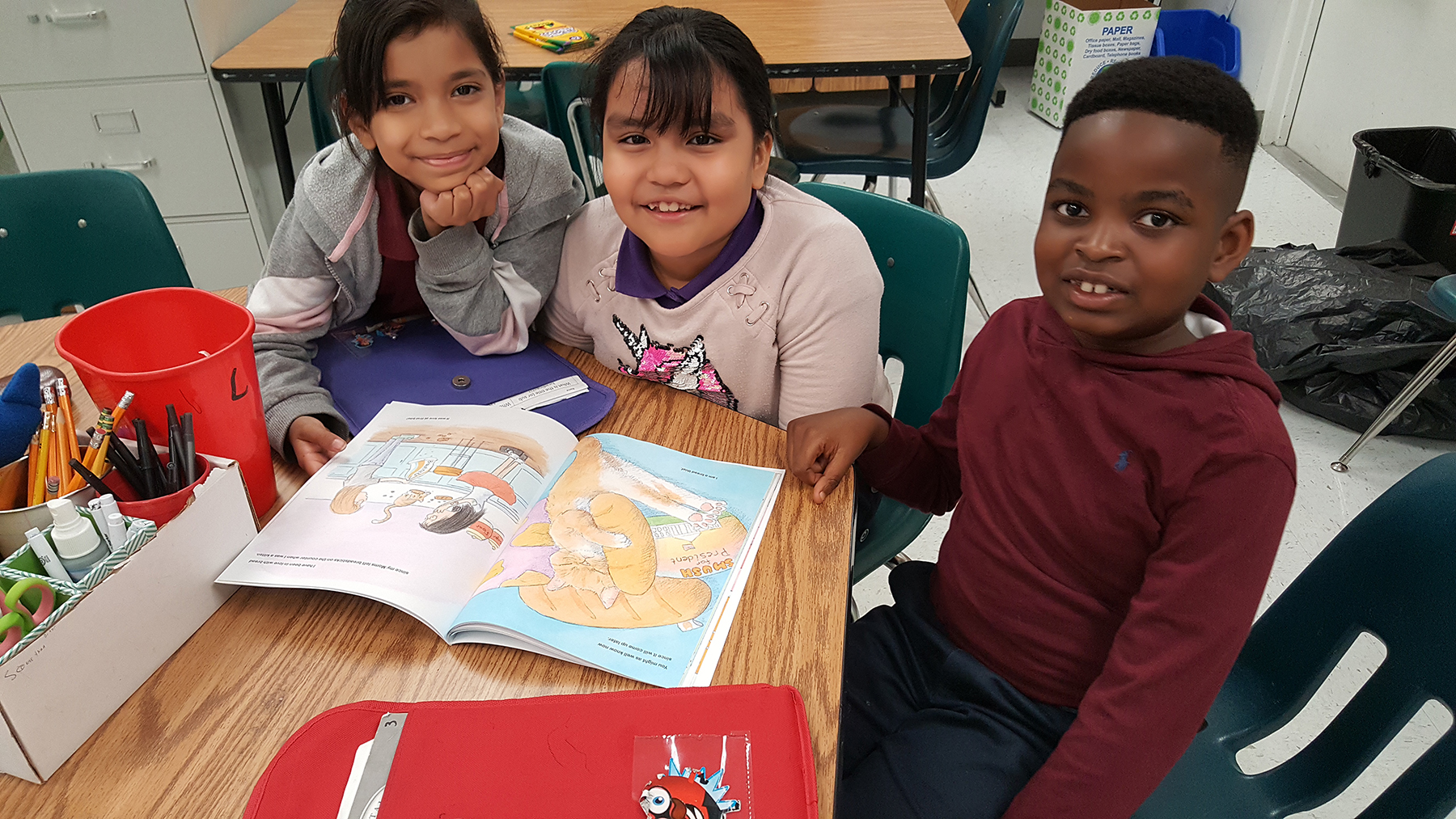 “The book is about how Smush wants to run for president, but she can’t because she’s a cat. But the point is that even if you’re not president, you can still make a big difference right where you are. We sent the books to schools, and because of the pandemic, the plan to go visit and read the book with the kids didn’t work out. But the kids ended up writing letters to Smush and it was really cute. There are a lot of things that I still want to do, but because of the pandemic I think we’ve sort of had to adjust.” – Shannon Jackson 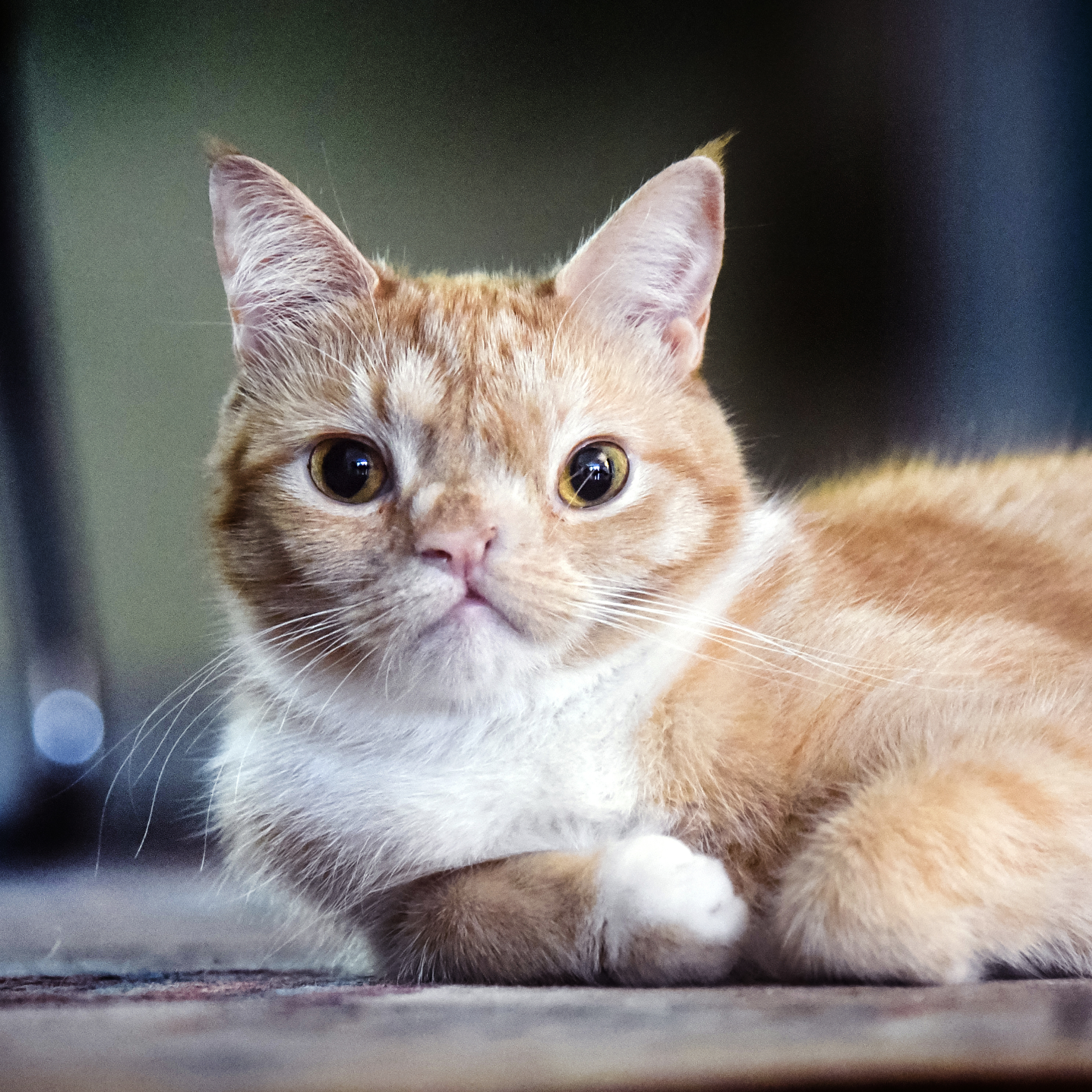 South: What has it been like raising a famous pet? What made you want to start an account on Smush’s behalf and what has made you keep up with it?

Shannon Jackson: Unexpected. I’m involved with pet rescue as a videographer and photographer, taking pictures of animals because, when I was trying to adopt years ago, I found a lot of pictures were really bad. Smush came into the rescue, and I was like, “OMG, this cat.” I made a video of her rescue story and it went viral. Next thing I know I’m getting calls from The Dodo and People magazine. She just blew up and it has been four years of it now. 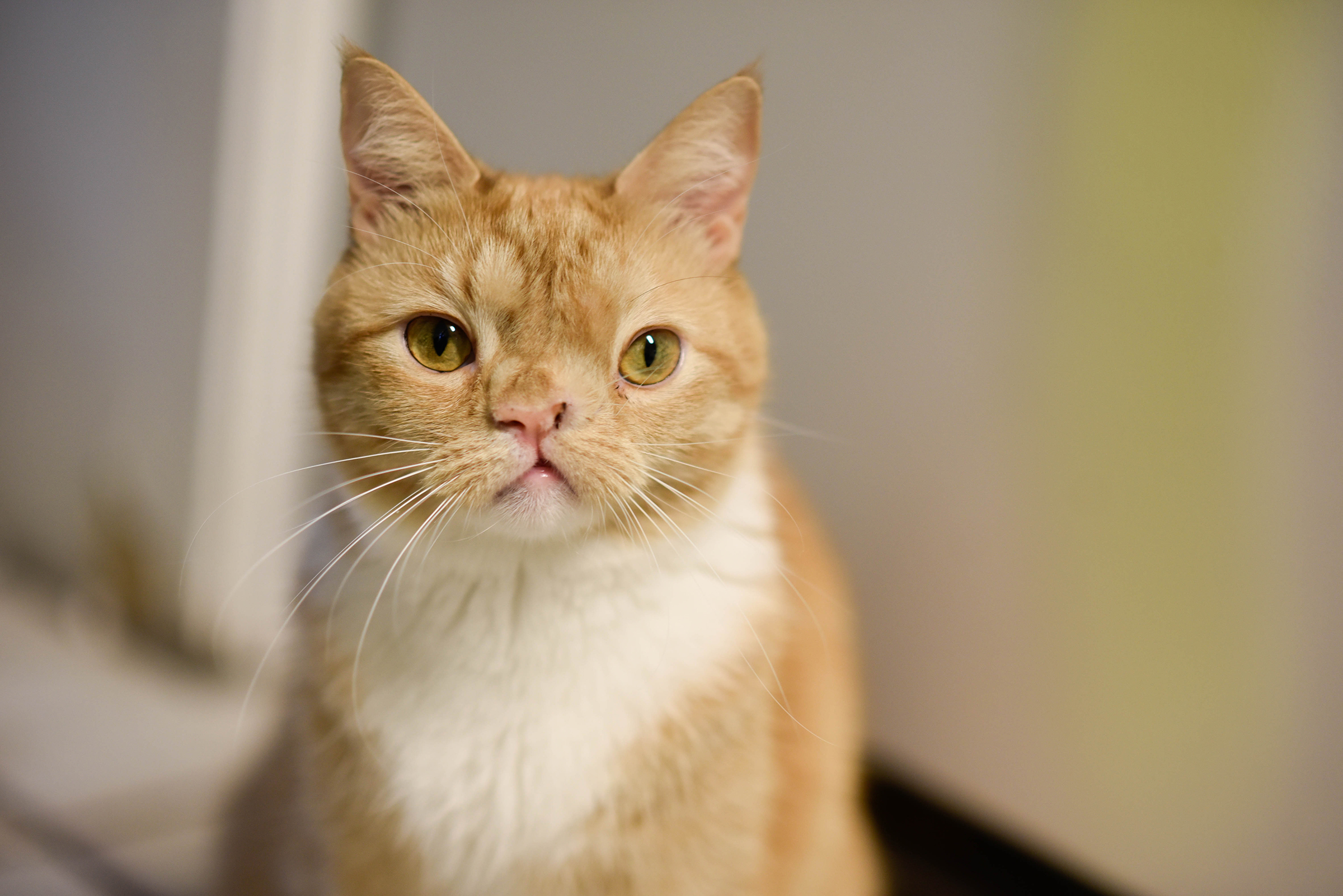 S: When Smush amassed a larger following, was that when you decided to take it from a playful, creative outlet account to something more involved with charity work?

SJ: I was on a photography trip to Puerto Rico with Maddie Shelter Medicine with the University of Florida to document this adoption event in Puerto Rico, and while I was there, I found out that the vet school that I was traveling with, their whole program was funded on grants and donations. I ended up doing a fundraiser that raised a couple thousand dollars, which benefited this vet school, then I started the Smush Foundation raising money for shelters. Now I work with Four Paws USA. 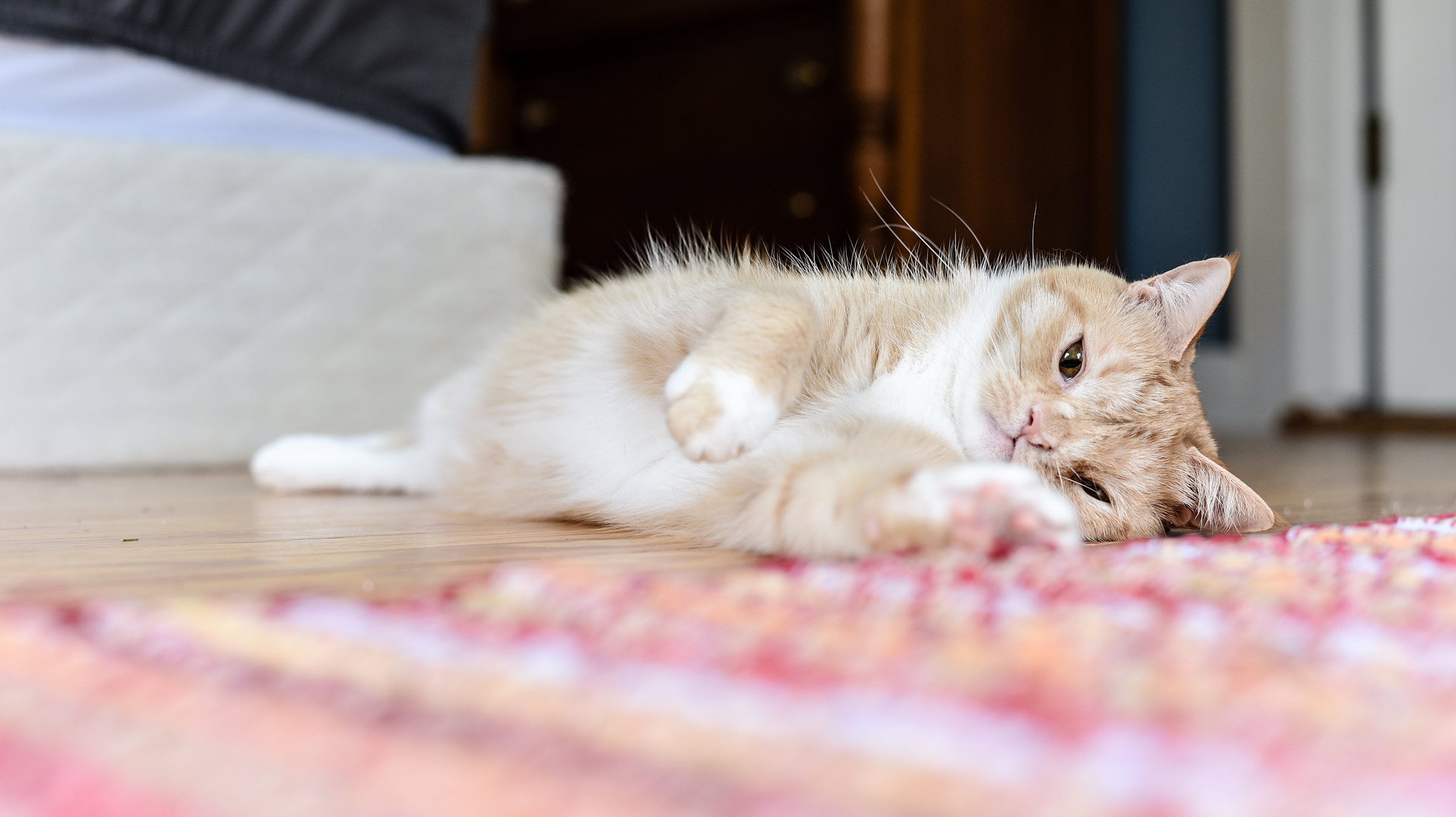 S: What’s it like for Smush, being a famous cat?

SJ: When we first did the “Fight for Cats” campaign it was Smush’s birthday, and we raised $12,000 in a week! With all the negativity in social media and online, we have this little spot on the internet that’s inspired by Smush’s distinct looks, trying to make a difference about inclusivity, and loving yourself. 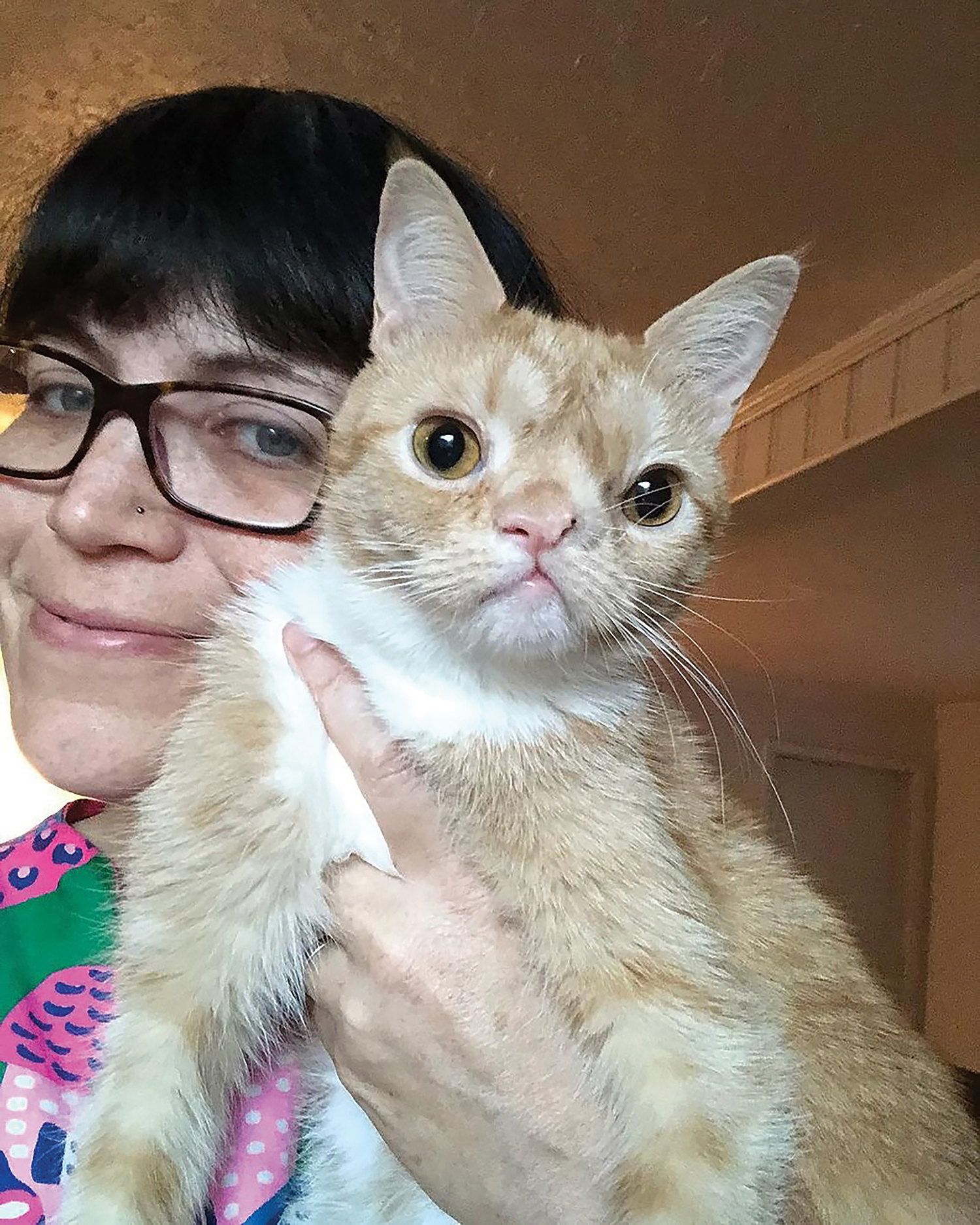 S: What’s a typical day for Smush, being a famous cat?

SJ: Smush is like a little person. Smush is like no cat I have ever known in my whole life. I always say she’s like an alien in a cat’s body. She follows me around the house—like right now I’m in the kitchen and she jumped on top of the cabinets and she’s staring at me. If I’m working on my computer she likes to come up and peer around the screen. She likes to join Zoom meetings, that’s fun. She likes to take naps with me and we’ve been binge watching “New Girl” recently. She’s really sassy but she has a lot of love to give — I’ve never had a connection with a cat like we have. I feel like finding each other and all the things we’ve been able to do and raise money for and contribute to is because the bond we have is so special. She’s taught me about unconditional love and trust like I don’t think I’ve experienced before. 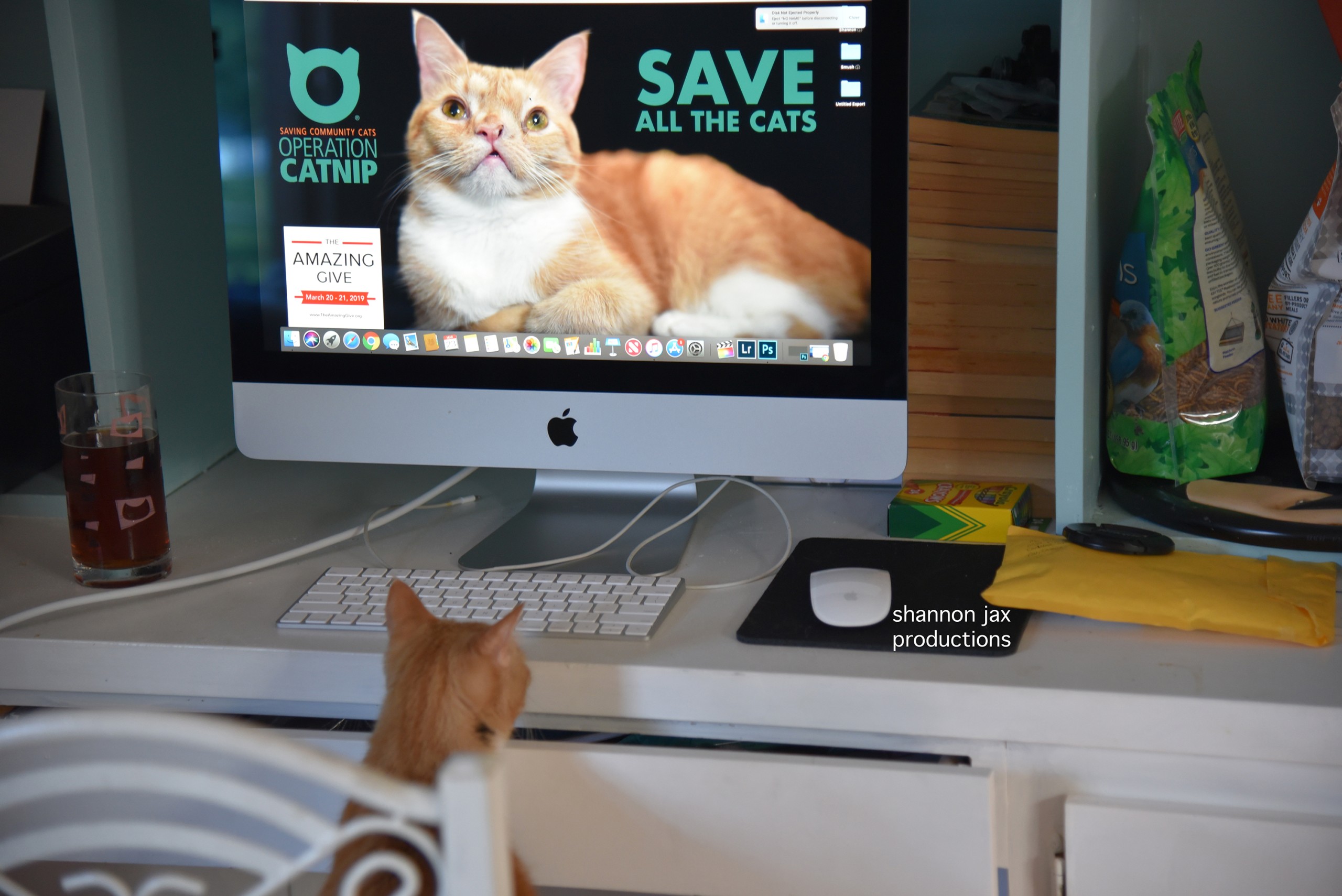 Can’t get enough of Smush?

Check out her children’s book “Smush for President,” sharing how she wants to run for president (but can’t because she’s a cat) and the takeaway that you can make a big difference right where you are. Sent to schools during the pandemic, the book received tons of letters-to-Smush from kids learning self-acceptance. Want to give back? Smush is adamant about using her platform to give back and help other animals in need. Check out four-paws.org to learn more about what you can do to help end the dog and cat meat trade in Southeast Asia. 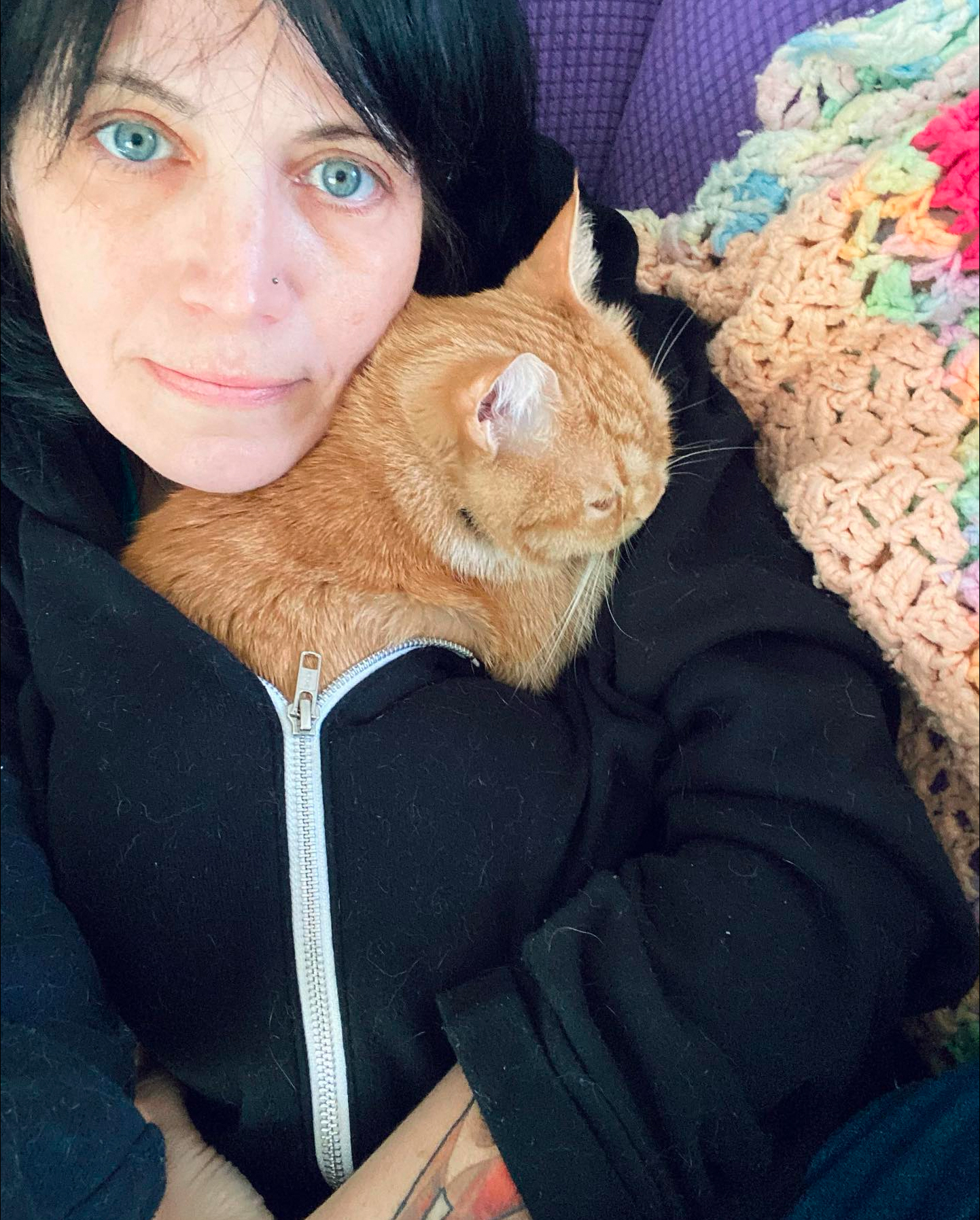 “Coming around a really tough year, Smush kept me grounded and the community really lifted me up, and that’s pretty incredible and I’m grateful for that. It makes me realize that I should keep doing what I’m doing.” – Shannon Jackson