When Tyler Merritt describes grappling with post-war emotions and the adrenaline-seeking behavior in military veteran culture, there’s a glimpse into the unabashed dedication and passion that is infused in every aspect of what he does. “There’s nothing more exhilarating than being shot at,” he tells me — and I believe him. And it’s this sentiment that opens a window into the world of Nine Line Apparel. 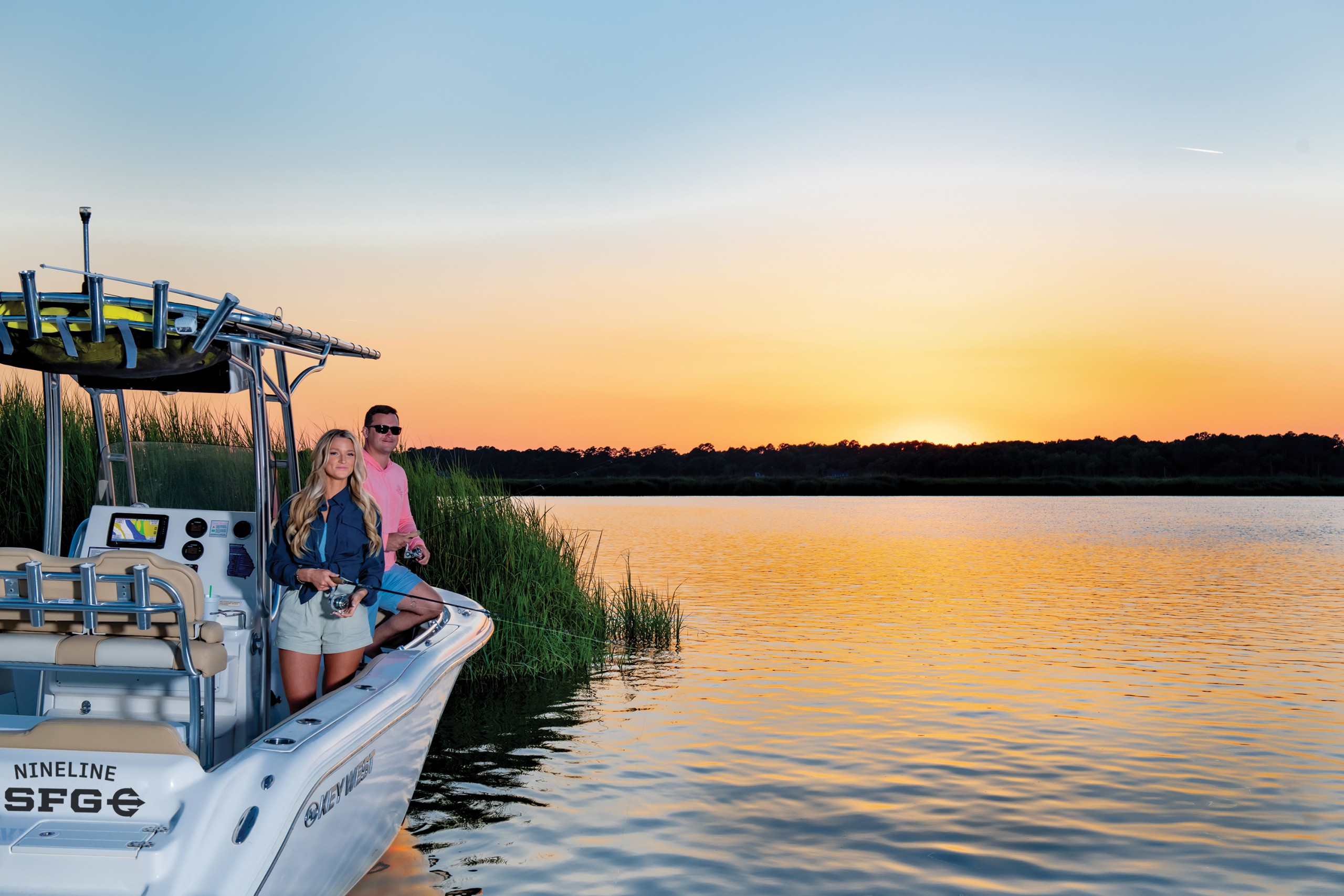 When Tyler Merritt describes grappling with post-war emotions and the adrenaline-seeking behavior in military veteran culture, there’s a glimpse into the unabashed dedication and passion that is infused in every aspect of what he does. “There’s nothing more exhilarating than being shot at,” he tells me — and I believe him. And it’s this sentiment that opens a window into the world of Nine Line Apparel.

While Merritt is no longer being shot at as a member of the U.S. Army’s 160th Special Operations Aviation Regiment, he fields shots in his business almost daily. From Nine Line’s beginnings as a “side-hustle,” to where it stands now as a multi-million-dollar company, there has been no shortage of pivots and shifts made along the way to stay alive.

Of the company’s beginnings, Merritt stated, “Nine Line set out to reinvigorate patriotism, reinvigorate U.S. manufacturing, and to not-so-subtly encourage other people to do the same.” Nine Line Apparel is known for inscribing tee-shirts and other goods with “common sense virtues” and running edgy, unapologetic campaigns, which has gained a loyal customer base… and some criticism.

“I’ll be the first to admit — I’m very wary of what I put on social media,” said Merritt. “It gets reviewed by Facebook. They won’t let me post things without it being reviewed first by an intermediary, which is extreme censorship.”

“One tee-shirt that we made was the First Amendment, just written out. The announcement post was denied because it was ‘against [Facebook’s] policies’ to allow me to promote the First Amendment — they sent me an email. And I thought, well, that’s interesting.”

Navigating the trials and tribulations of digital marketing in today’s political climate is an unexpected obstacle for Nine Line Apparel. However, over the years, they’ve jumped their fair share of hurdles. “I think we’ve shifted, morphed and pivoted about a thousand times. Some out of pure necessity to stay alive.”

Only last year, in the midst of the pandemic, Nine Line was manufacturing 700,000 cloth masks a day. “We’re really proud that we were able to keep people employed and squeak through to be able to go back to manufacturing apparel.”

“I didn’t really resonate with the other product lines out there,” Merritt described of the idea behind the new SFG gear. “I thought that there could be a new competitor to your PFGs – those types of brands. That’s really what we’re for: not just the person who likes to fish, hunt and go to the range, but also the person who is going to do some crazier things.” Again, he offers a glimpse into that adrenaline-seeking mentality. “Anyone can go and water ski, but can you water ski behind a helicopter? Anything that’s a little bit crazier, more adventurous and outdoors — that’s the type of thing that we do.”

Just like Nine Line, Salty Frog Gear is made in the U.S.A. from traceable cotton and other materials. “Our quality is above and beyond anything out there because we leverage technology to ensure that we are that much more efficient,” Merritt explained. “It has allowed us to grow. We look at innovating this industry so we can be competitive with more markets. Because I’m not going to be able to beat [China and other countries] with labor costs.”

Growth is the good kind of pivot — the kind that doesn’t have to happen under the extreme pressure of keeping a business afloat these days, or in the heat of a life-or-death situation on the battlefield. SFG has been in the works for a few years now and arrives during an exciting time for Tyler Merritt and Nine Line Apparel. Merritt shared that retail is coming alive again, and they hope to expand to 10 new locations in the next 12 months.

In the meantime, Merritt and Nine Line Apparel will continue to not only pivot, but raise the bar by filming promotional videos for SFG where they literally water ski while tied to the back of a helicopter on the river behind Merritt’s home. You’ll be sorry to not watch this space, because there will always be something to keep you on your toes.

Less than 10 years in business, nine line apparel has grown to be a $25 million-dollar company with an unapologetic approach to their brand. 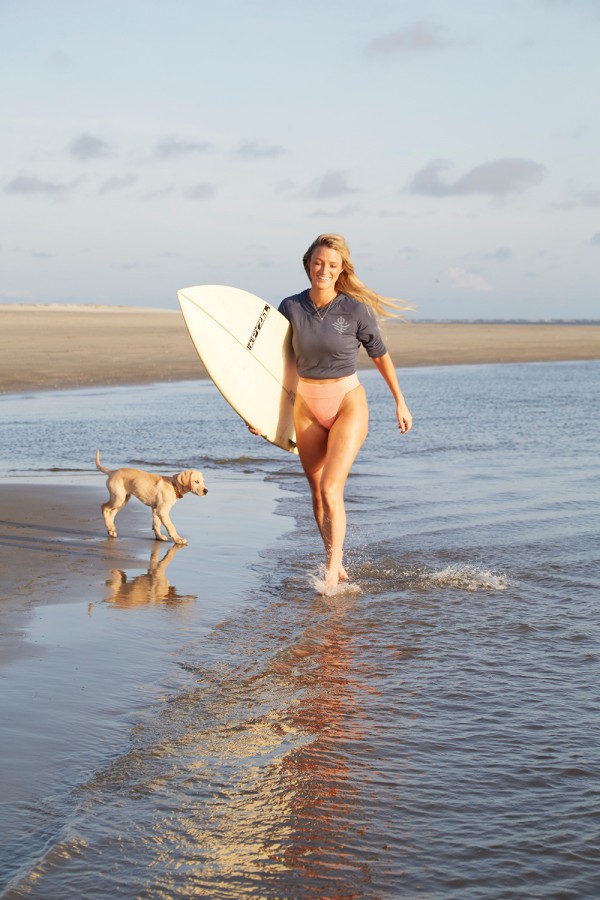 Amanda Sipos was not always so enthusiastic about what she did for a living. “I started out in the medical field but I wasn’t passionate enough about it. I felt like I could be doing more and at the time I wasn’t sure what that was,” Sipos said.

Sipos’ big break came in the form of Myrtle Beach marketing firm, Forge Relations, owned by her two good friends Will Renke and Ben Stacy. It was at Forge that she was became a frequent guest at the events in the area, spiraling Sipos into her modeling career.

A big fan of the outdoor brand from a young age, Sipos decided to join the swirling world of social media, where she dove head first into Instagram as a full-time Southern girl engaged in adventurous activities like hiking, kayaking, fishing and hunting. In addition to all the adventure, she also likes to put out a daily inspirational quote and the occasional picture of a game of beer pong. However, when she received a hat and shirt from Nine Line as a gift, she promptly posted a photo of it on her Instagram. Nine Line saw her tagged post and reached out to partner with her. Sipos was ecstatic.

Sipos made her big move from Pennsylvania to Savannah in August of 2020. “Modeling for Nine Line is as cool as it sounds,” said Sipos, who has been on location shoots for the veteran-owned company in Texas, North Carolina, South Carolina and Louisiana.

The newest release at Nine Line Apparel, Salty Frog Gear, has a number of pieces designed for keeping you cool and Southern in your next outdoor adventure. The ventilated, versatile and antimicrobial must-have SFG performance button-up will quickly become a staple in your closet, according to Sipos. Coming in at a close second is the SFG bamboo hoodie made of 95% bamboo, a nod to Nine Line and the importance of sustainability. Both pieces are favored among the masses for their soft fabric, moisture wicking and sun protection capabilities.

In addition to her role at Nine Line, Sipos also partners with Springfield Armory, X Products, Outguided, SOG Knives and Redfin Polarized. When she is not tending to the needs of her thousands of Instagram followers or grinding at the gym, she can be found with her labrador retrievers, Woody and Duke, who are self proclaimed as “the most important things to me,” concluded Sipos.