John Duberley is committed to his own goals - becoming an Ironman pro athlete, winning races, and breaking records - as much as he’s committed to getting other people running and moving. As the new Hilton Head Island Lululemon ambassador, Duberley is ready to welcome a whole new crew to his way of life. 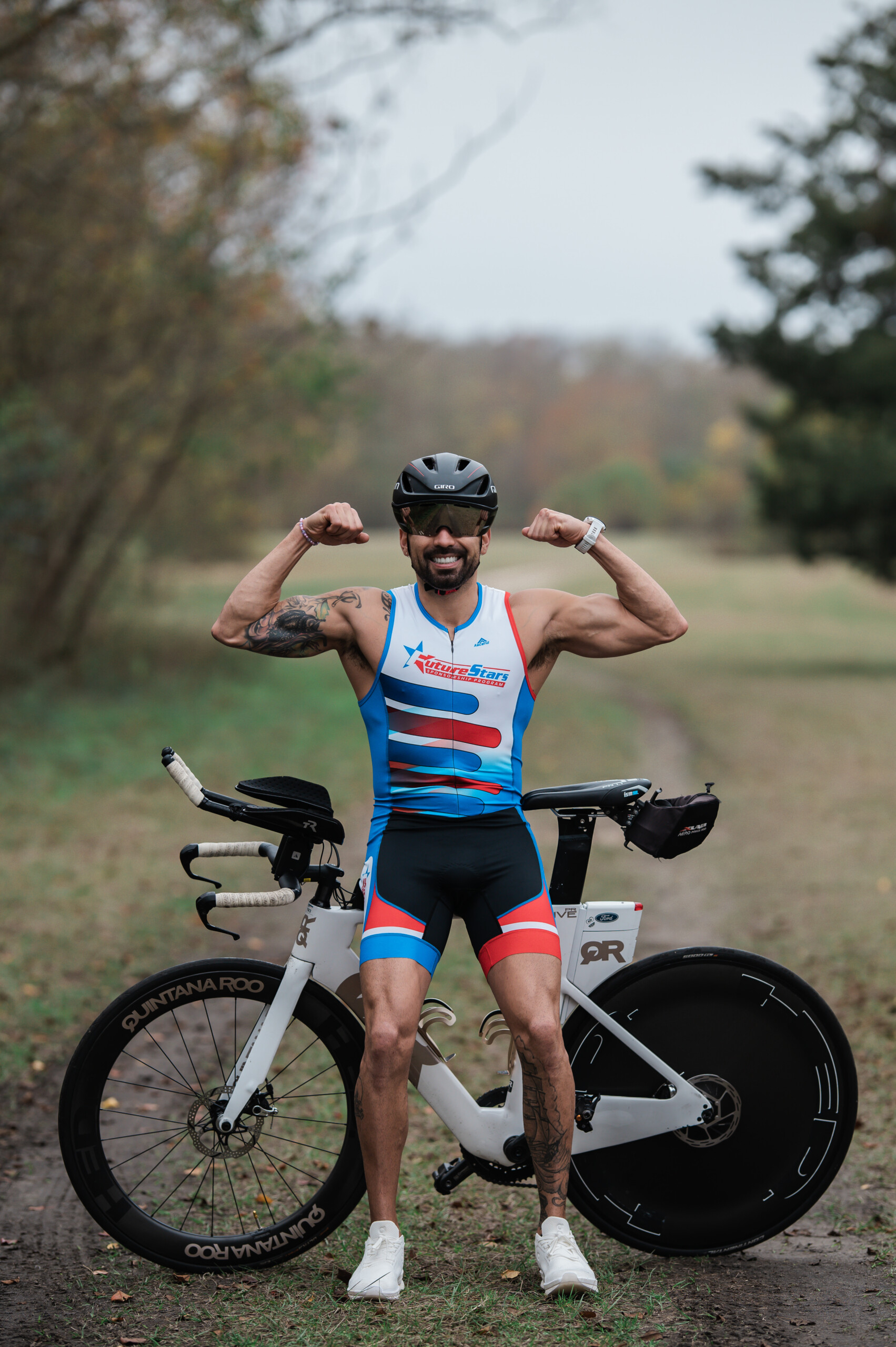 Duberley trains so much that his rest day includes a “light swim or bike,” but his first triathlon did not go as planned.

“The first one sucked,” says Duberley. “Swimming requires technique. So I was very slow. Then I got off the bike and my legs are like jello for a mile. And my run was my strong suit but I was, like, crippled for the first mile and then I finally got my legs to loosen up.”

That was three years ago. Now Duberley has 10 half-Ironmans under his belt and is on his way to becoming pro. After being the Lululemon ambassador for Savannah for two years, Duberley was recently chosen to represent Hilton Head Island in the same capacity and as their first. The ambassadorship is involved in local races and events, like yoga or spin classes, and includes opportunities for community outreach. Such events led him to meet people like Lululemon employee Emily Wiesenmayer, who is now competing in races and triathlons around the country.

Originally from Phenix City, Alabama, Duberley has lived in the Lowcountry for 10 years. Duberley left his home state to join the Navy where he found a niche for his interest.

“In the Navy, they put me in charge of everyone’s fitness because I did the best in the fitness test,” says Duberley. While stationed in Africa, Duberley notes that running was a welcome challenge for him and that “doing different distances…made it more enjoyable.”

Duberley doesn’t just run and compete for himself though. He organized a team that boasts around 15 people. The youngest member of the team is Parker Stewart, age seven – an honorary mention in South’s Greatest Kids (page 55) – while the eldest member of the team is in their fifties. During a recent race, Duberley paced Stewart wherein Stewart broke a South Carolina record. Additionally, Duberley teaches a run club on Tuesdays and Thursdays for free. 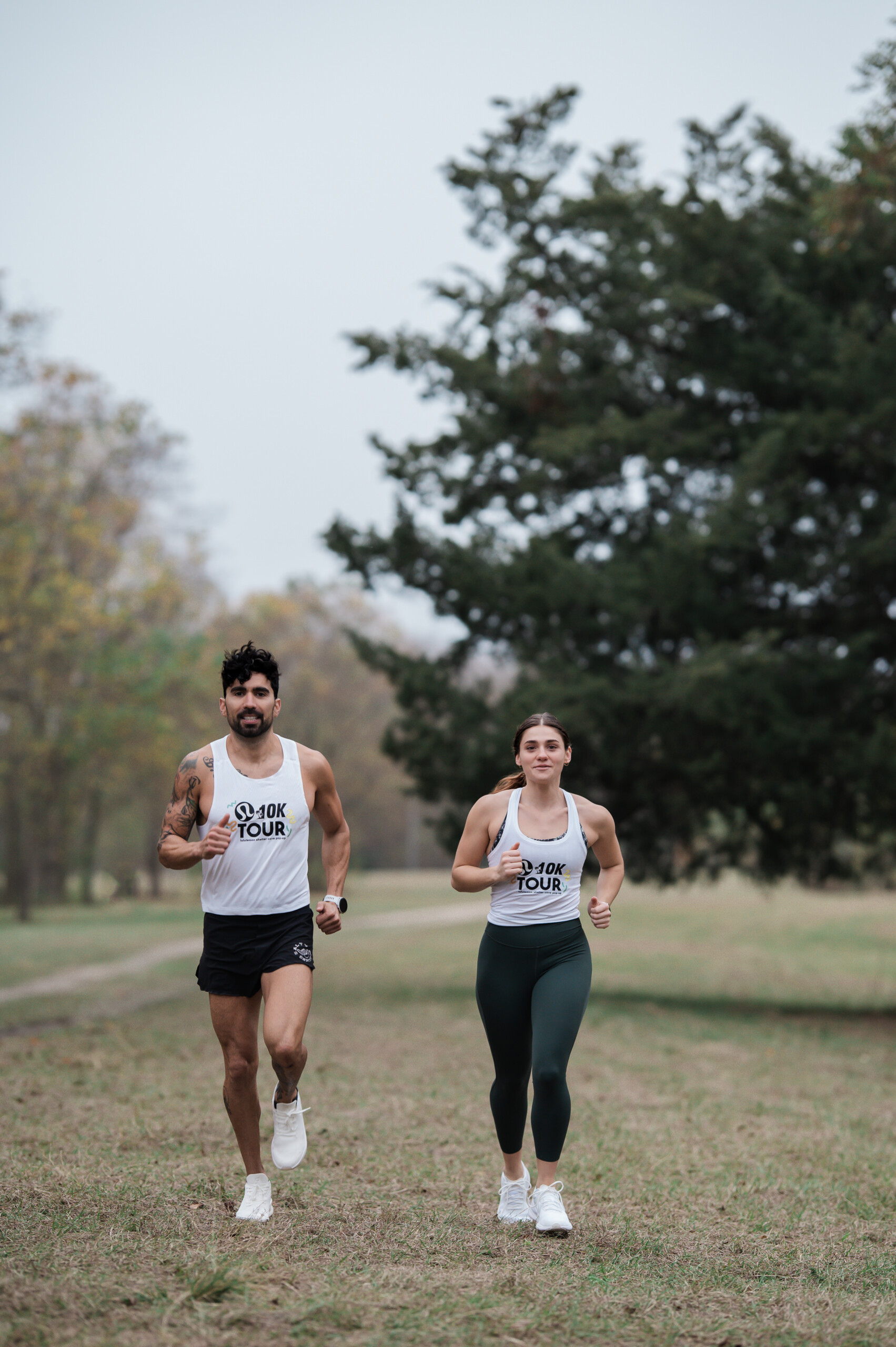 “Wide range from young to old,” says Duberley. “I just enjoy it, to help teach people how to run, to run faster, work on their speed, work on their form.”

Duberley’s and his run club practice PiYo after running. Duberley says that his interest in yoga has grown since becoming a part of the Lululemon family and that he incorporates it more now.

To refuel, Duberley turns to pizza at Pizza Co. in Bluffton, but he’s not ordering a pepperoni or cheese pie. “White pizza with cauliflower crust. I put on a lot of greens,” says Duberley. “Tomatoes, spinach, arugula, onions, jalapenos, olive oil…sometimes chicken.” 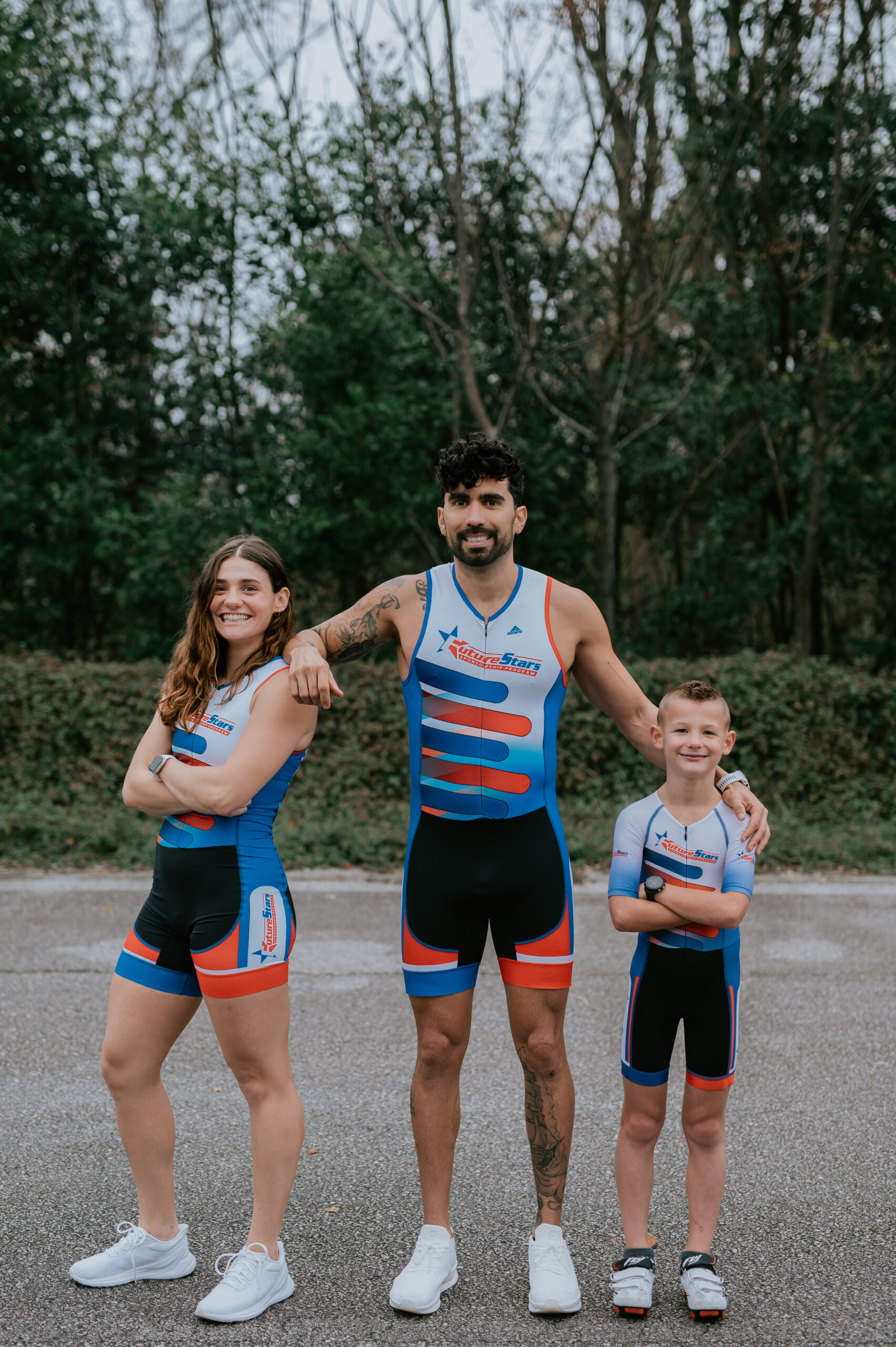 If Duberley isn’t running, he can be found training clients at Pulseology Fitness Club or prepping for a race with some kooky practices. “We were just joking around, it probably started a year ago,” says Duberley. “But now before every race we usually have ginger shots, just like a tradition.”

Running isn’t just a solo sport anymore. Link up with friends, take a ginger shot, hit the trail and make sure to go in on a pizza afterward, even if it is just pepperoni.